"She-Hulk is a feminist hero, not a male fantasy": The Washington Post's Alyssa Rosenberg argues against the sexist interpretation of the comic book character taken by screenwriter David S. Goyer, transcribed by Alan Kistler at The Mary Sue. Related: Mark Harris asks "Are We at Peak Superhero?" at Grantland, reminding us that Marvel is not too big to fail.

“Goyer is not wrong that She-Hulk, like pretty much every other female character in comics, has been given impractical costumes given her crime-fighting vocation. Plenty of readers and artists project their sexual desires onto a physically powerful but safely fictional woman. But it is depressing to hear Goyer, who is charged with shepherding a huge franchise into theaters for years to come, skip all the other reasons that fans, male and female, might be attached to She-Hulk. My gateway to She-Hulk was writer Dan Slott’s run on the character, in a story arc called ‘Single Green Female.’ In those comics, She-Hulk is simultaneously kicked out of the Avengers’ Mansion because her partying has become too disruptive and fired as a prosecutor because her side gig as a superheroine is seen as a prejudicial force in her trials. ‘Single Green Female’ was a wickedly funny riff on the ways women get punished for succeeding professionally and for having fun personally.” 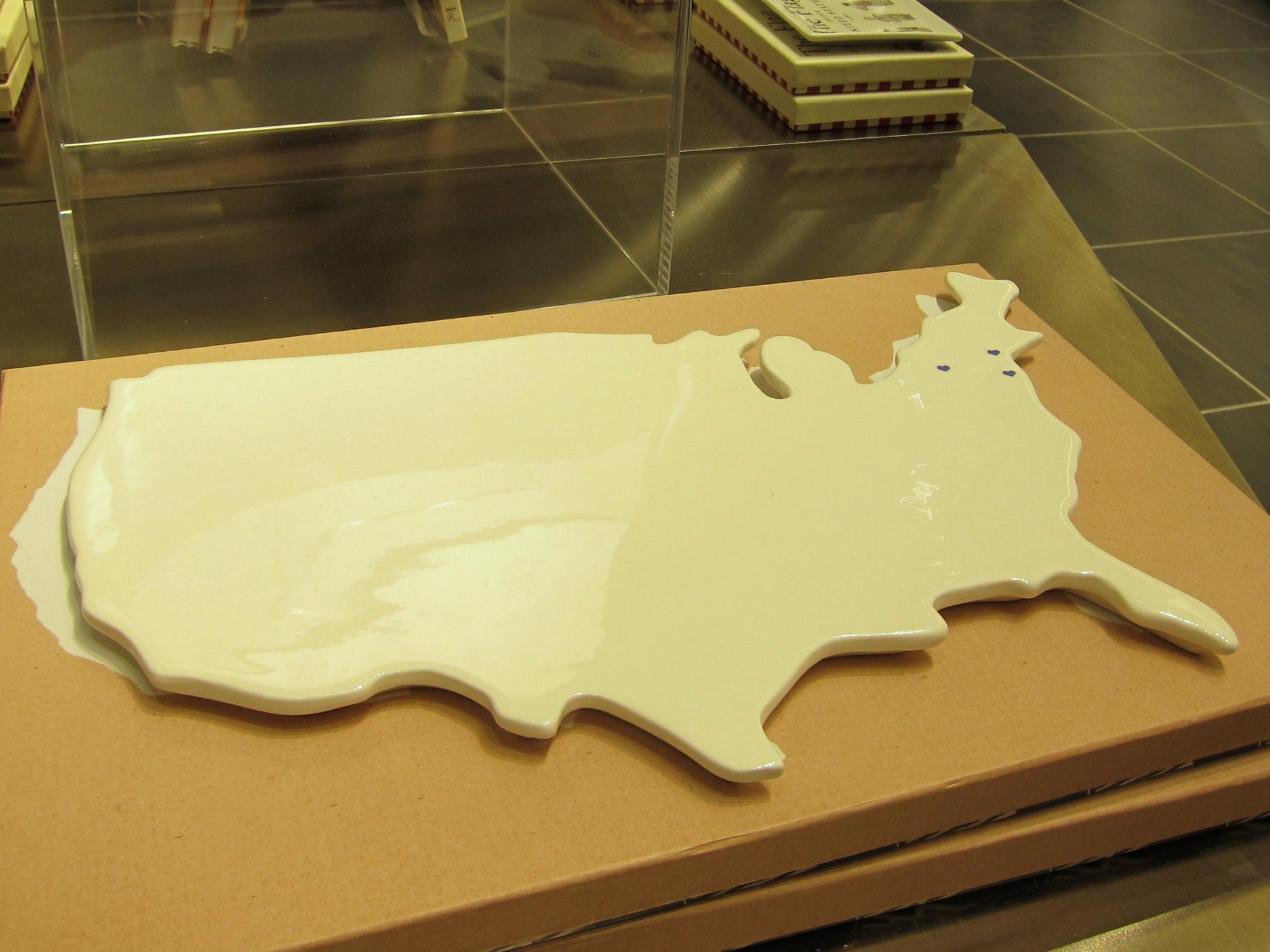 "This 9/11 cheese plate may be The 9/11 Museum's most tasteless souvenir": Jen Chung of Gothamist chronicles some of the outrageous items sold at the museum gift shop. Related: The New York Post also reported on the "Mixed response to 9/11 museum gift shop on opening day." See also: Abby Philip of The Washington Post discusses the "Families infuriated by 'crass commercialism' of 9/11 Museum gift shop."

“The cheese plate is in the shape of the continental U.S., with hearts where the attacks hit NYC, DC and Shanksville, Pennsylvania. Because no cheese course is complete without a moment to ‘Never forget’ (to take our Lactaid). Let's roll... that wheel of cheddar to Freedomtown? The shop has more common museum gift shop items, like museum t-shirts and museum rubber bands. One visitor told the Post yesterday, ‘As rotten and heartless as it may seem, it’s always about money. Educational books and T-shirts and posters that say, ‘Never forget 9/11’ are OK, but the dog vests and the cheap earrings need to go.’” 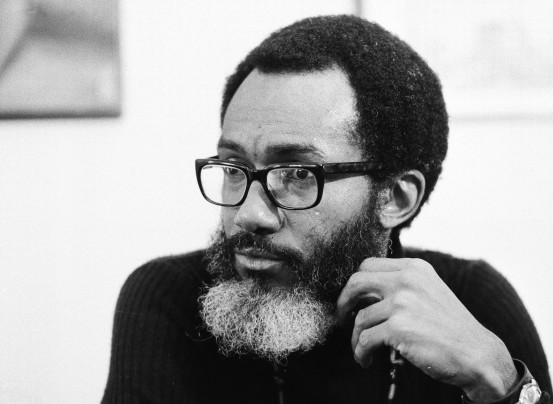 "Sam Greenlee, whose movie 'The Spook Who Sat by the Door' became a cult classic, dies": Matt Schudel of The Washington Post writes an in-depth obit for the accomplished poet/novelist.

“As a work of cinematic art, ‘The Spook Who Sat by the Door’ received lukewarm reviews. ‘It’s not a very well-made movie, and is seldom convincing as melodrama,’ critic Vincent Canby wrote in the New York Times. But he and others recognized the raw power and urgency of the message, which Canby described as ‘a mixture of passion, humor, hindsight, prophecy, prejudice and reaction.’ When the film was taken out of theatrical circulation by its Hollywood distributor, United Artists, Mr. Greenlee contended it had been suppressed by the FBI because of its incendiary message of armed black insurrection. For more than 30 years, it remained strictly an underground phenomenon, seen only in grainy, bootleg copies. ‘I’ve been bootlegging it myself out of my shoulder bag,’ Mr. Greenlee told the New York Times in 2004, when a new video version of the film was released.” 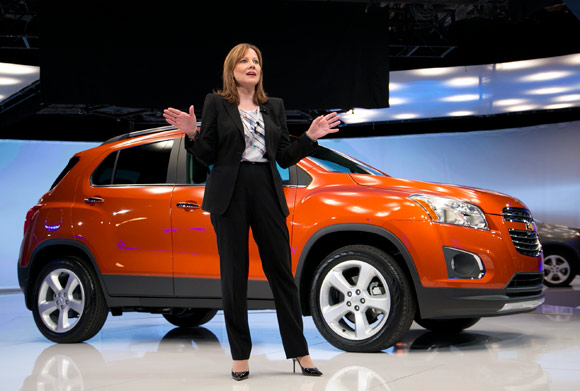 "Is Mary Barra Standing on a 'Glass Cliff'?": The New Yorker's Jaclyn Trop questions whether G.M. decided to hire its first-ever female CEO simply because they were nearing a catastrophic crisis. Related: John OIiver's scathing commentary regarding the G.M. scandal on "Last Week Tonight With John Oliver," in which he congratulates Barra by saying, "You haven't just shattered the glass ceiling, you've been ejected through the glass windshield."

“Barra began in her new position on January 15th. Four weeks later, G.M. announced a recall related to the design of the ignition switch; additional recalls followed. Barra will be the public face of G.M. as it responds to the multitude of government inquiries and runs its own internal investigation. Haslam, in an e-mail, said that Barra’s promotion shows ‘multiple glass cliff-like dimensions.’ Barra has testified that she first became aware of a problem with the Chevrolet Cobalt, one of the recalled models, in late December, after the board had chosen her as C.E.O. but before she began the role. ‘One reason why women get given precarious leadership positions is that they do not have access to the high-quality information and support that might warn them off,’ Haslam said.” 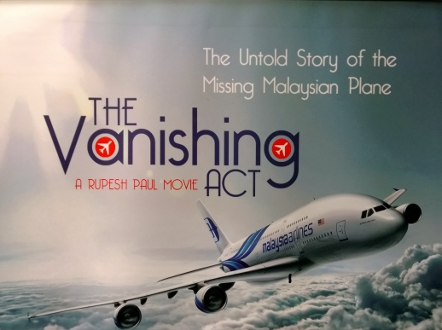 "No budget? No stars? No problem! How to REALLY sell a film at Cannes": CNN's Mairi Mackay provides an amusing glimpse at the ways in which no-budget filmmakers garner attention on the Riviera with their eyebrow-raising projects. Related: The staff at The Guardian list their "Lessons from Cannes: toilet acting and Ryan Gosling's biggest fan." See also: My piece for Indie-Outlook.com, "Blue Heart: A Tale of Two Portraits," where I contrast the heroines of James Cameron's "Titanic" and Abdellatif Kechiche's "Blue Is the Warmest Color," which premiered at Cannes a year ago today.

“Paul Bales is a partner at The Asylum, a movie production and distribution company based in Burbank, California. The Asylum is known for producing low-budget movies (around $500,000) that riff off big-budget blockbusters and are often released around the same time. On the books this year are ‘Sleeping Beauty,’ a twist on Angelina Jolie movie ‘Maleficent,’ and ‘Apocalypse Pompeii,’ another take on Paul W.S. Anderson's disaster epic ‘Pompeii,’ which cost between $80 to $100 million to make, according to Forbes. ‘We would love to be able to take credit for the mockbuster. The practice is called drafting ... it's been done almost since the industry started. Just like in bike racing, one racer will ride behind a faster racer and they benefit because there is less wind. We've just been a little more outrageous. Our (movie) titles try to get as close as possible.’”

Dave Crewe, critic at The 500 Club, put together this rather ingenious still for "Batman VS MadMen: Dawn of Justice," a film idea far more interesting than that one soon to be directed by Zack Snyder. Related: "Geeks are entering the age of instant backlash and it's getting really tiresome" as written by Peter Hall of Movies.com.

Vulture's Jada Yuan interviews Chaz Ebert after the Steve James-directed doc, "Life Itself," screened at Cannes to resounding acclaim, despite a 25-minute projection snafu. The Kartemquin Films site has compiled various reactions to the film via Twitter. The overarching sentiment is a wholehearted "thumbs up."