“For the past two years there has also been a pop-up Steak ’n Shake, one of Roger’s favorite restaurants from his hometown of Urbana, Ill. This is the equivalent of a fast-food place, but in the south of France it has a certain French flair. At night you are likely to find friendly faces at La Pizza, on the opposite end of the Croisette near the harbor. It’s a thin-crust French-style pizza served with a green salad, so that you can watch your nutrition and your waistline at the same time.The best bars are on the terraces of the Hotel Majestic and the Carlton. But if you are watching your euros there is also Caffe Roma and the Byron for more casual drinks and people-watching. Take plenty of cash. Even a Coca-Cola is expensive.For sight-seeing, I recommend a day in Monte Carlo, about an hour’s drive away. Roger and I got engaged there during the Grand Prix, so I make the trek back to Monaco occasionally. My marriage proposal was preceded by a drive to San Remo, Italy, to visit the grave of Edward Lear, the father of the limerick and an artist whose watercolors of Venice adorn my walls.” 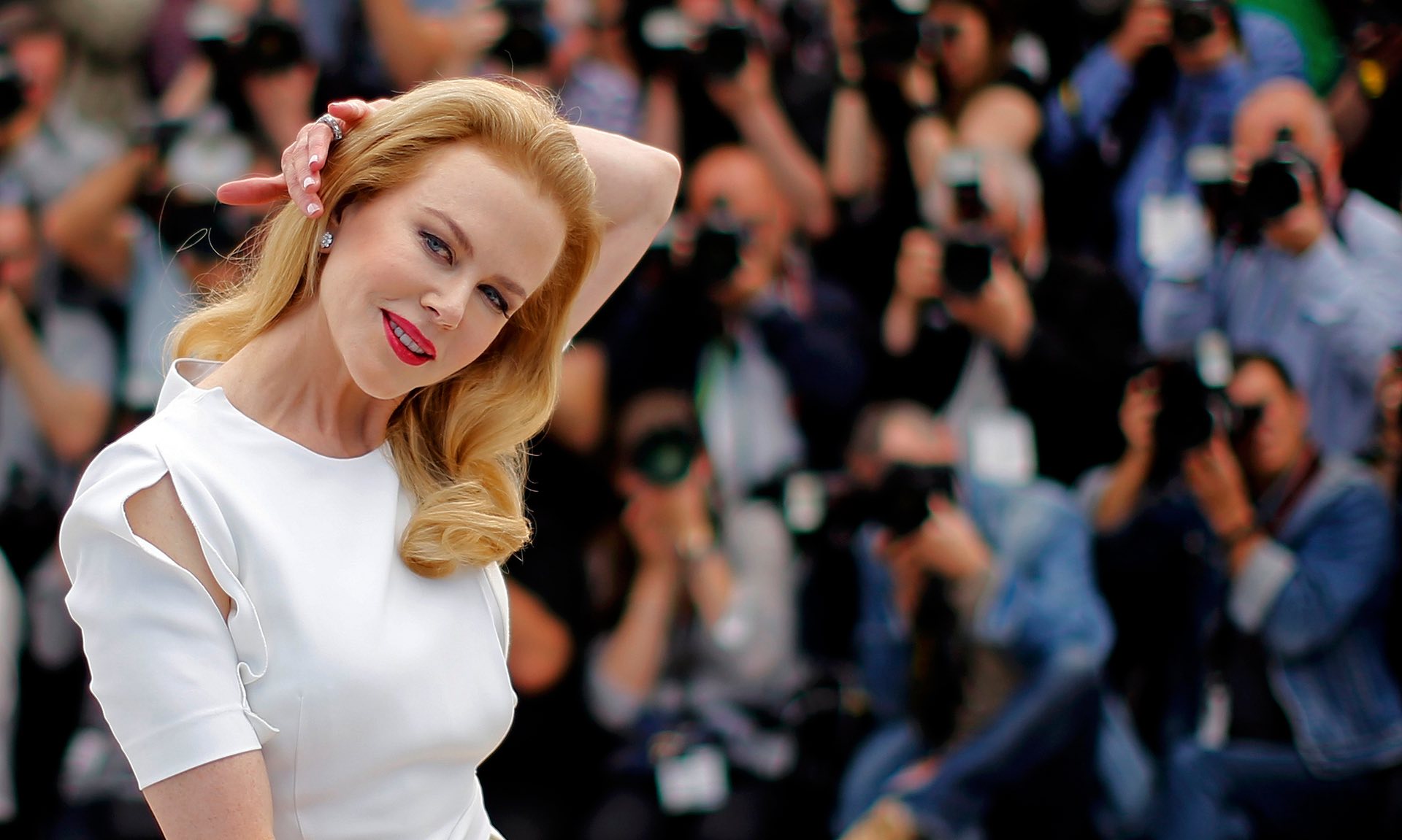 "Nicole Kidman in Cannes: her torturous journey to Queen of the Croisette": According to The Guardian's Peter Bradshaw.

“There could be a pattern to all these performances. Kidman could be at one remove from the main action in these dramas, revealing her talent for playing the haughty, the statuesque, the exotic thoroughbred, in a supporting role. Maybe. Or maybe she will absolutely steal everything she is in. Because her image has become more refined and more commanding as she has got older. She has to be cast in the right role, though, one that maximises her gift for hauteur and froideur, mingling with vulnerability and coltish elegance: the way Alejandro Amenábar cast her for his Jamesian ghost story ‘The Others,’ or Jonathan Glazer for his Kubrickian mystery ‘Birth,’ or indeed Kubrick himself in his last film, ‘Eyes Wide Shut.’ Kidman has had a very good relationship with Cannes since 2001, when she appeared in Baz Luhrmann’s surreal sugar-rush of a film, ‘Moulin Rouge!’ Right now, her stock has spiked since her hugely praised appearance in the TV show ‘Big Little Lies.’ It was just a few years ago that I was talking to a director at a Bafta awards party, who believed Kidman had been marooned in the career doldrums, liable to be attached in subordinate roles at script stage to ho-hum features and video-on-demand clunkers because her name would get funding from central Europe and the far east, where she is still a big name. But no. Not a bit of it. Kidman is still big.” 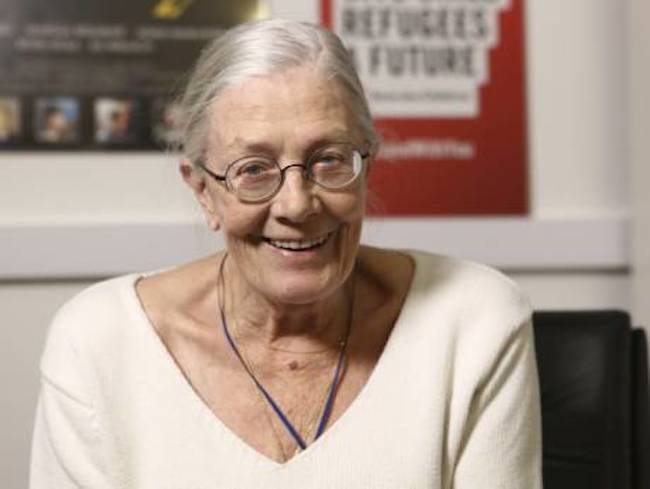 “The Academy Award-winning actress makes her directing debut with 'Sea Sorrow,' a highly personal documentary about the migrant crisis that is set to premiere at this month’s Cannes Film Festival. 'I’ve identified all my life with refugees,' said 80-year-old Redgrave, who was one of thousands of children evacuated from London during the Second World War to escape German bombs. A mix of documentary and drama, Sea Sorrow includes Redgrave’s experiences alongside interviews with current-day migrants and their supporters, including Alf Dubs, a British politician who fled Nazi-occupied Europe as a child. Also in the mix is a scene from Shakespeare’s 'The Tempest' — a play about shipwrecked souls — featuring Ralph Fiennes. Redgrave says her son and film-producing partner Carlo Nero persuaded her to include autobiographical material. 'I got worried, of course, by not wanting the film to be about me,' she said in a recent interview at the production office she shares with Nero and a friendly poodle-Pomeranian mix named Zep. 'It’s about the refugees. But I do think that perhaps hopefully my telling the story alongside Alf Dubs and the refugees that some people will realise the thing we were all taught — and which the government, [Winston] Churchill’s government, reminded people: It could happen to you.'” 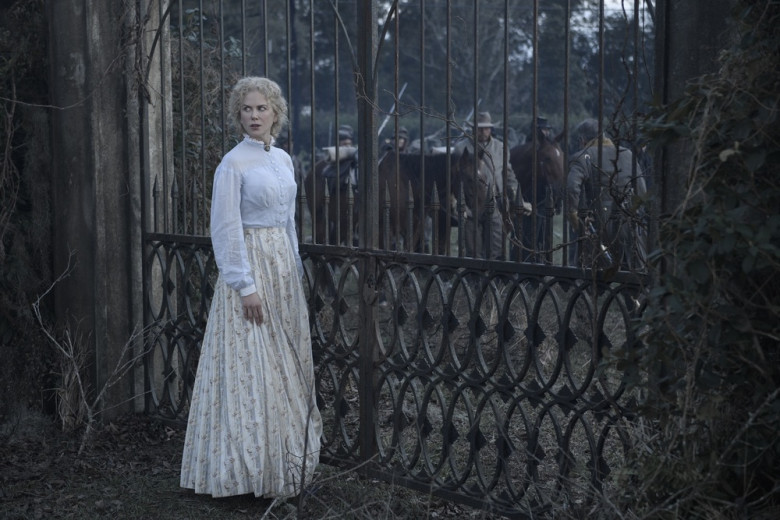 "Cannes 2017: The Competition Has a Higher Percentage of Female Filmmakers, But It's Still Pretty Bad": An excellent article from Indiewire's Kate Erbland.

“Cannes is quite familiar with its female troubles, but something less than aware. In 2016, festival director Thierry Fremaux tried to pass off Cannes’ lack of female-directed films as a simple product of lacking female filmmakers. At the time, he told Screen Daily, ‘Nine out of 49 of the filmmakers [at the festival] are women. That’s 20% of the selection. What percentage of filmmakers in the world are women? According to a recent report, it’s 7%. I’ve been saying this for four years now but what you see in Cannes is a consequence, not the cause. More needs to be done in the film schools, the universities and the production houses, to favour women, and then you would see results.’However, the 2016 competition lineup included just three competition titles from female filmmakers – Andrea Arnold’s ‘American Honey,’ Nicole Garcia’s ‘From the Land of the Moon,’ and Maren Ade’s ‘Toni Erdmann.’ The Palme d’Or went to Ken Loach’s ‘I, Daniel Blake,’ though Ade’s film was considered a frontrunner throughout the festival, and Arnold’s feature did win a Jury Prize. Fremaux’s reasoning basically boiled down to bad math, an excuse we took to task with a look at the the 2016 lineup, previous female-directed efforts, and even our own list of other films that could have very well made the lineup. (It’s also worth noting that the 20% was across the board; female filmmakers comprised just 13.6% of the competition lineup.)” 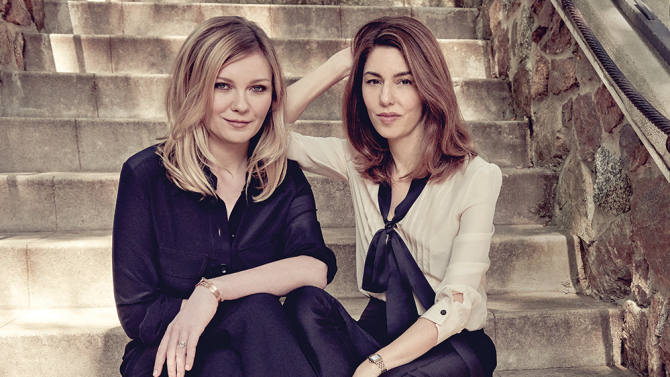 “Coppola and Dunst are the rare female duo in an industry ruled by men and notable for director-actor teams like Marty and Leo, Spielberg and Hanks, Tarantino and Samuel L. Jackson. These two women have fostered an unbreakable bond over the past two decades and four movies. ‘I feel big-sisterly to her,’ Coppola says, sipping a mint tea near her home in New York, where she raises her two kids.Both spent their formative years on movie sets — one as a young actress (‘Interview With the Vampire,’ ‘Little Women,’ ‘Jumanji’), the other as the observant daughter of a famous director. After 1999’s ‘Virgin Suicides,’ they reteamed on Coppola’s 2006 period drama ‘Marie Antoinette.’ Dunst even popped up seven years later in a cameo in ‘The Bling Ring,’ as herself. And now the two are headed to Cannes with Coppola’s latest endeavor ‘The Beguiled,’ a Southern gothic thriller that will premiere at the film festival later this month and debut in theaters June 23. When Coppola first met with Dunst for ‘The Virgin Suicides,’ she was drawn to a particular quality — a depth beneath her all-American-girl looks. For ‘Marie Antoinette,’ which Coppola wrote with Dunst in mind, she liked that her actress could blend in with the 18th-century corsets and wigs. ‘She has a German background,’ Dunst says. ‘She’s part of that world.’ Coppola decided to cast Dunst against type in ‘Beguiled,’ as a shy teacher at a girls’ school who befriends a wounded Civil War soldier (Colin Farrell) taking shelter there. ‘I like casting her in this because it’s so opposite her personality,’ Coppola says. ‘This character is so oppressed and she’s not at all.’” 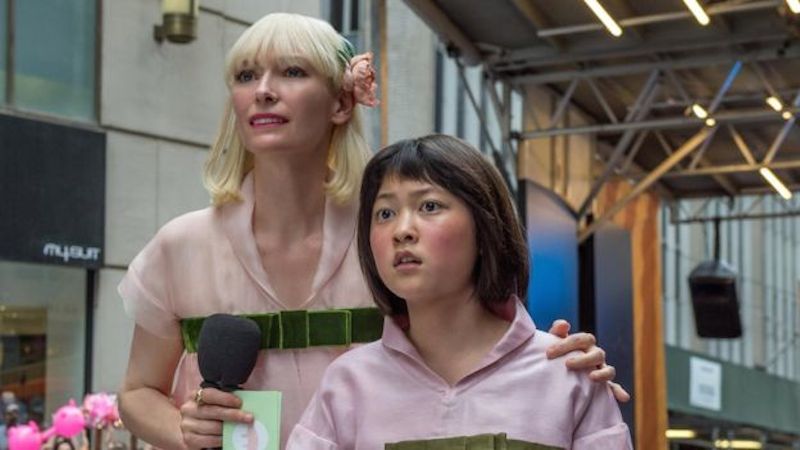 BBC's Lauren Turner lists "eight things to look out for" at Cannes 2017.

Here is the enticing trailer for Hong Sang-soo's "Claire's Camera." It stars this year's Ebertfest guest Isabelle Huppert and is screening out of competition at Cannes 2017.