"The Feminine Grotesque: On the Warped Legacy of Joan Crawford": In this special RogerEbert.com edition of Thumbnails, we are highlighting recent pieces from the site, including this excellent essay from Angelica Jade Bastien.

“It should be noted that the stars from this era we remember weren’t really products of the star machine in the first place and were able to retain something essential about themselves even when going through the rigors of Hollywood during their early years. Crawford pivoted from setbacks like the end of her tenure at MGM to signing with Warner Bros. and delivering arguably the best performance of her career in ‘Mildred Pierce.’ She had the uncanny skill to adjust her looks to simultaneously reflect and seem slightly ahead of whatever was the conception of the modern woman at the time. Her films particularly in the 1930s and 1940s, which often paired her with Franchot Tone and Clark Gable, showed her as a hard-working young woman on the make, able to find love and success thanks to her own intelligence and sheer will power. Looking at these roles only through Crawford’s biography do her skills as a performer, and understanding of what film actors needed to bring to the table, a disservice. But her hardscrabble, poor upbringing undoubtedly lends these roles an authenticity and edge they wouldn’t have had if played by someone else. Even after having to mount a campaign of self-promotion to get the quality roles she deserved during her early years at MGM, Crawford wasn’t the kind of star to take up issues with the studio. Unlike other actors like James Cagney and Olivia de Havilland, who rightly fought their draconian contracts, Crawford was a professional and knew her limits even as she became one of the most powerful stars in the business during the 1930s. In the ‘Star Machine,’ film historian Jeanine Basinger offers a behind-the-scenes story about ‘When Ladies Meet’ (1941) that illustrates this writing, ‘Crawford knew her own stardom depended on being professional rather than always getting the key light. She was smart about her career—and cooperative.’ Basinger mentions how Crawford mutes her performance when acting against Greer Garson, who was being groomed as a star, while Crawford was already well established and a few years away from leaving MGM. Even as the production team ‘clearly favors [Garson]’ and the politics behind her place at MGM became more fraught, Crawford was always the utmost professional. This anecdote of actresses at very different points in their careers illustrates Crawford’s own professionalism and the short shelf-life of female stars, even those as beloved and well-paid as Crawford. That Crawford was able to last long beyond this moment professionally is a testament to her own acumen.” 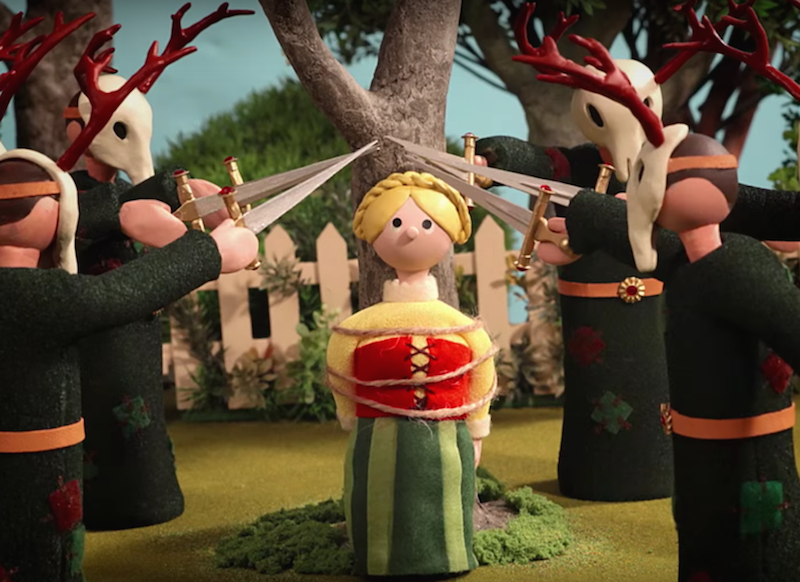 "Burn The Witch: The Gender Politics of Being an Auteur": Arielle Bernstein explores the latest work of Radiohead and Beyoncé.

“Radiohead and Beyoncé may be equally wealthy and powerful purveyors of pop culture, but the very different gut-level response to their work showcases how we think that male artists who reach great heights are deserving, while female artists are often met with skepticism. It’s also a reason why Radiohead can draw on two very specific white, British references and be seen as conveying a ‘universal’ message, while Beyoncé’s exploration of black womanhood is considered a ‘niche’ topic that is potentially divisive. And it’s the reason why male artists like the late Prince and David Bowie are consistently heralded for their amazingly avant-garde outfits and experimental performances, while female artists like Lady Gaga and Sia are more often looked at as simply seeking attention. In her 2015 article ‘The Fragile Ears of Men’ Leah Finnegan contends that male reviewers are to blame for the dismissal of female artistry. But this oversimplifies a very complex problem—there are plenty of male reviewers who ‘get’ artists like Joanna Newsom and plenty of female reviewers who dismiss her work. It’s the subconscious cultural bias against female artists, especially those who gained some measure of success, that we need to look at more closely.”

“In his movie review, Roger Ebert wrote, ‘I suspect that the more you know about Japan and movies, the less you will enjoy 'Memoirs of a Geisha.' Much of what I know about Japan I learned from Japanese movies, and on that basis I know this is not a movie about actual geishas, but depends on the romanticism of female subjection. The heroines here look so very beautiful and their world is so visually enchanting as they lived trapped in sexual slavery.’ Yet he also acknowledged that he could list Japanese movies that better illustrate a different view of geisha, ‘but the last thing the audience for 'Memoirs of a Geisha' wants to see is a more truthful film with less gorgeous women and shabbier production values.’ This movie's audience wanted to see ‘beauty, sex, tradition and exoticism all choreographed into a dance of strategy and desire.’ While he acknowledged that a geisha ‘is not technically a prostitute,’ Roger asserted that they were prostitutes and clarified by stating, ‘certainly the traditions of the geisha house are culturally fascinating,’ but continued by writing, ‘if the movie had been set in the West, it would be perceived as about children sold into prostitution.’ Ultimately, he felt somewhat uneasy about the movie, in the same manner he had for the 1978 film ‘Pretty Baby’ where Brooke Shields played a 12-year-old girl having her virginity auctioned away in New Orleans. But Roger concluded by writing, ‘The difference is that 'Pretty Baby' doesn't evoke nostalgia, or regret the passing of the world it depicts.’ Ebert didn't object to the Chinese women playing the leads, but he doesn't speak Japanese. In her 2006 essay, ‘Orientalism and the Binary of Fact and Fiction in 'Memoirs of a Geisha,’ Kimiko Akita notes that ‘Westerners would not recognize any differences between the movements or speech of Chinese and Japanese actresses. Asian-accented English might seem fetchingly exotic to Western ears.’ Akita graduated from Nanzan Junior College in Japan and eventually earned her PhD in Communications from Ohio University. She currently teaches at Aichi Prefectural University in the Foreign Studies department in Japan.” 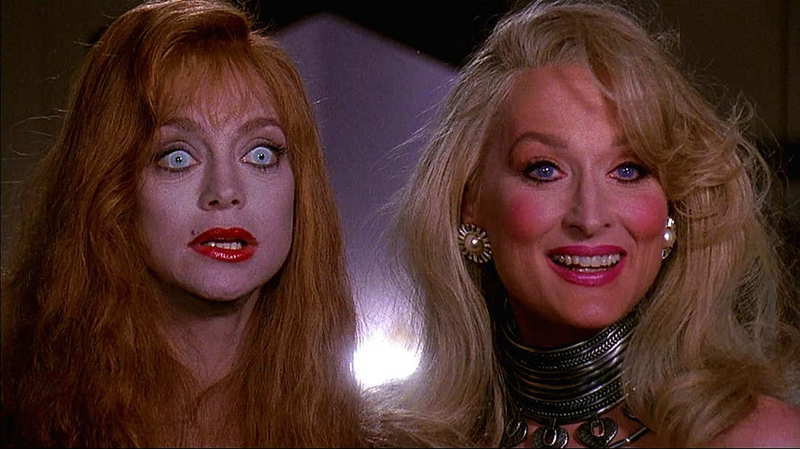 “For those familiar with [Meryl] Streep, [Goldie] Hawn, and [Bruce] Willis, all three are revelations in “Death Becomes Her.” Streep is hilarious as a diva whose ego is matched only by her screaming insecurity. In the film’s opening, she leads a chorus line in a terrible musical. She puts her back into it, smiling like she’s trying to punch you with her teeth, grimly stomping through the choreography like she doesn’t notice the audience rapidly leaving for the exits. Hawn is wonderful too, as her sweetness goes psychotic. Her obsession with Ernest is all the more pitifully funny for what a twerp he is. It’s startling to be reminded of just how good an actor Willis can be when he makes an effort. Doing a complete heel turn from the macho swagger of his action roles, in ‘Death Becomes Her;’ he’s a squealing straight man in Streep and Hawn’s battle royale. Gulping down his morning Bloody Mary with supreme self loathing and flinching at every one of Streep’s hurled barbs, he comes close to stealing the movie. Thanks to the sheer heights Streep and Hawn are willing to go, he doesn’t quite get there. It’s a shame they didn’t reunite for a couple more comedies together, they made for a terrific team.” 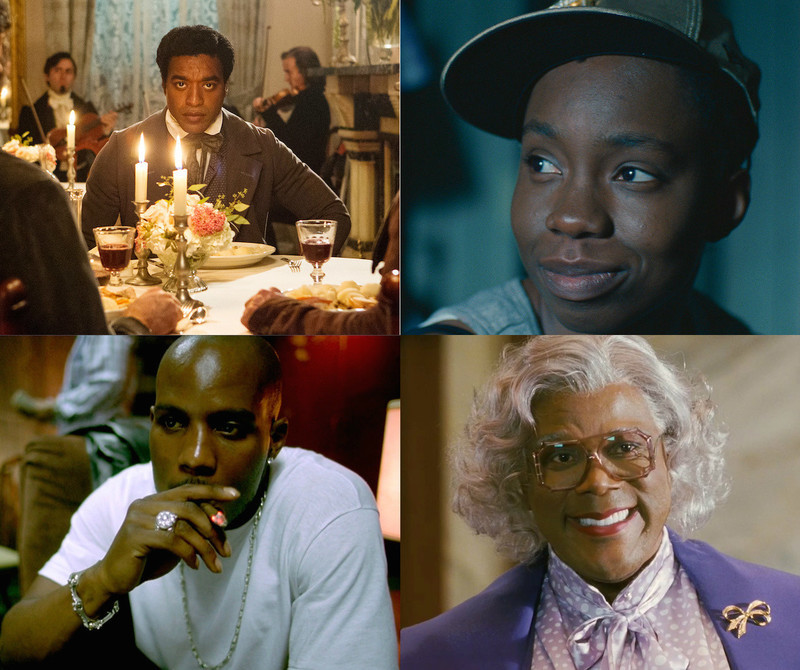 "Driven to Discussion: An Interview with the Hosts of the 'Black on Black Cinema' Podcast": In conversation with Craig D. Lindsey.

“[LINDSEY:] ‘What's brilliant about the show is the fact that you're obviously all friends, so the podcast mostly sounds like guys just getting together and shooting the shit about movies and whatnot, and the listener feels he or she is part of the gang. Is that camaraderie what you guys were looking to exude in this podcast?’ [JAY JACKSONRAO:] ‘That camaraderie, as you put it, isn’t something we planned. We are all friends and we just wanted to be real so it comes out naturally. A lot of shows seem to force relationships for the sake of better airplay, but what you hear from us is real. There has always been an effort to make sure the show sounds like you are getting a seat at the table of a conversation rather than us talking to the audience similar to the evening news broadcast.’ [TERRENCE CARPENTER:’] To be honest with you, I never really thought about that. I've known Micah for about 10 years. I'd met Rob in passing because all three of us worked for the same company at one point or another. I met Jay strictly through the podcast. I'm so cool, it’s hard not to like me. I guess over time we've built a certain rapport with each other that makes us click while doing the show. I'm just being myself when we record.’” 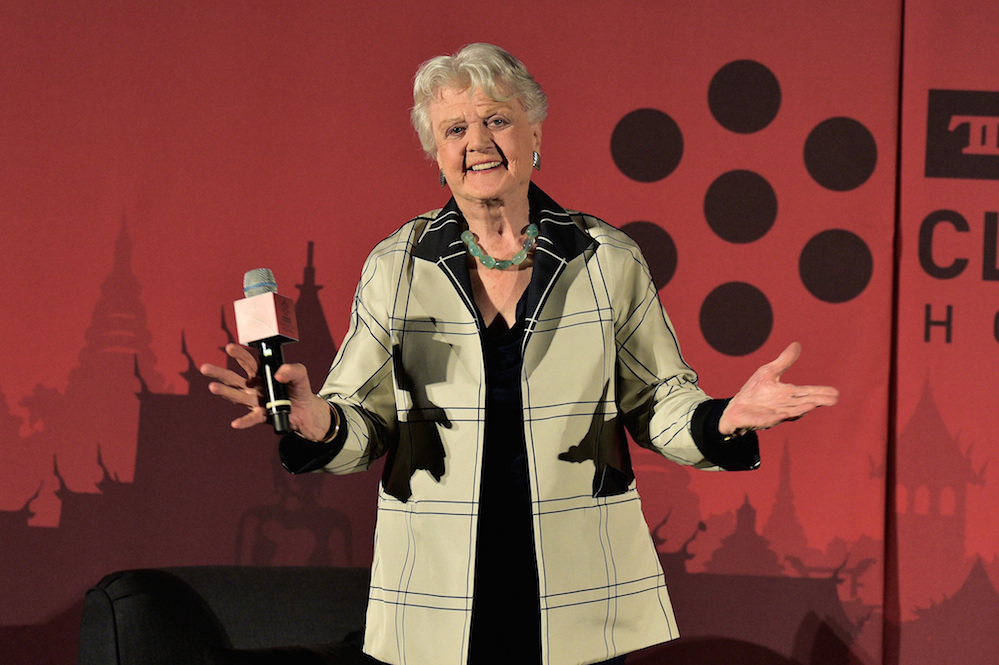 Matt Fagerholm awards four stars to "A Light Beneath Their Feet," directed by Valerie Weiss. Here is the film's trailer.