"Wondering Woman: Why Warner Bros. Axed Michelle MacLaren, and What That Tells Us About the State of Female Directors in Hollywood": An essential piece from the indispensable Mark Harris at Grantland.

“This is not an anti-comic-book-movie rant. There is a way to make these movies well, as evidenced by the fact that some of them are good. Ass-backwardness is a bad habit, not a requirement. To my taste, the most enjoyable recent comic-book movie was last year’s ‘Captain America: The Winter Soldier.’ It was written by two guys, Christopher Markus and Stephen McFeely, who, not coincidentally, were the same two guys who wrote the first ‘Captain America’ movie. According to interviews with the writers, they batted around ideas soon after the original ‘Captain America’ came out, ran with their fondness for 1970s conspiracy thrillers like ‘The Parallax View’ and ‘Three Days of the Condor,’ came up with a story line that threaded their DNA into the comic-book genre without bending it too far out of shape, pitched it to Marvel, got it approved, and wrote it. The resulting movie was entertaining, as many of these movies are, but it was also tonally coherent, as few of these movies are, and did not reek of the denatured compromise that suggests the heavy hand of too many corporate cooks, as most of these movies do. Process still counts; that movie planning now operates in five-year cycles driven by brand management, tie-ins, and the imperatives of the international marketplace does not, it turns out, mean you can’t make movies the old-fashioned way. You can — even if they’re Products of the Age of Ultron and Beyond.” 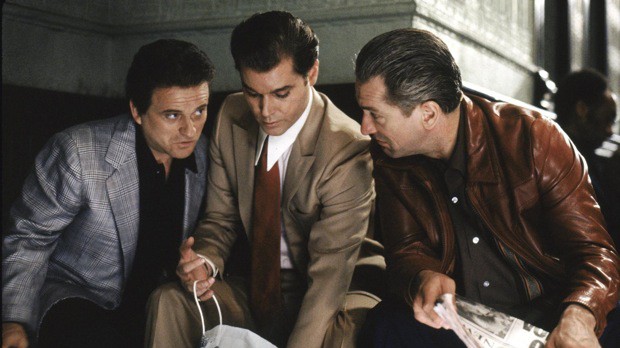 "Of Tarantino and TV: On 'GoodFellas'' Legacy": At Filmmaker Magazine, Jim Hemphill wrote an excellent 25th-anniversary appreciation of Martin Scorsese's 1990 masterpiece in anticipation of its screening at the Tribeca Film Fest.

“If ‘Goodfellas’ was a turning point for its director, that goes double for his many disciples, who made it one of the most imitated films of its era. Its impact was immediate; unlike other now iconic pictures such as ‘Blade Runner,’ De Palma’s ‘Scarface’ or John Carpenter’s ‘The Thing,’ ‘Goodfellas’’ greatness was acknowledged almost immediately by almost everyone. There were a few naysayers, like one-time Scorsese champion Pauline Kael (who acknowledged the film’s stylistic prowess but found it dramatically flaccid), but a surprising number of critics, starting with the massively popular Roger Ebert and Gene Siskel, were willing to go on the record calling it one of the greatest movies ever made. Audiences loved it too, making it Scorsese’s biggest hit to date next to ‘The Color of Money;’ I was able to see it eleven times during its initial release without breaking a sweat because it stayed around so long. Before ‘Goodfellas,’ Scorsese was beloved without necessarily being hugely influential. He certainly had his imitators (like Phil Joanou, whose excellent Irish-American ‘Mean Streets’ riff ‘State of Grace’ opened just five days before ‘Goodfellas’), but one could imagine the pre-1990 American cinema as a whole not being significantly different if Scorsese had never appeared on the landscape. One could not say the same after 1990. Only two years separated the releases of ‘Goodfellas’ and Quentin Tarantino’s ‘Reservoir Dogs,’ a film whose attitudes and dialogue are unimaginable without Scorsese and Pileggi’s antecedent. Two years after that, Tarantino would make ‘Pulp Fiction,’ a self-conscious homage to and commentary on ‘Goodfellas’ (and a lot of other movies) that was to Scorsese’s film what Godard’s early pictures were to American crime flicks and musicals.” 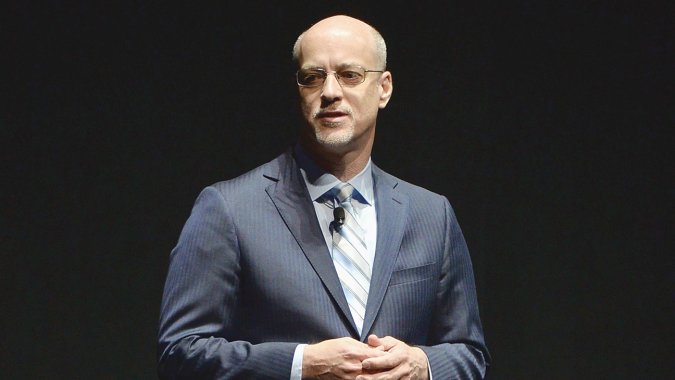 "CinemaCon: Theater President Proclaims 2015 'Year of Women' at Box Office": As reported by Pamela McClintock at The Hollywood Reporter.

“Female moviegoers are driving a much-needed boom at the box office, as actresses — still woefully underrepresented in terms of playing leading roles — are suddenly getting a ‘little more of the limelight,’ said National Association of Theatre Owners president/CEO John Fithian Tuesday in his state-of-the-industry speech at CinemaCon. ‘2015 will rock at the box office because it will be the year of women,’ Fithian told theater owners gathered in Las Vegas for their annual convention. ‘Research by the Center for the Study of Women in Television and the Geena Davis Institute on Gender in Media has shown that only 12 percent of leading roles in 2014 went to women — even though women bought half of all movie tickets. In 2015, women get a little more of the limelight. Three successful movies so far this year had women in leading roles and sold 60 percent or more tickets to women. And we have so much more to come, with big female roles in horror, comedy, science fiction, animation, family, Western, thriller and action. Personally, I am so pleased that my daughter can see more women in leading roles than ever before.’ Those three titles Fithian referenced are ‘Cinderella,’ ‘Fifty Shades of Grey’ and ‘Insurgent.’” 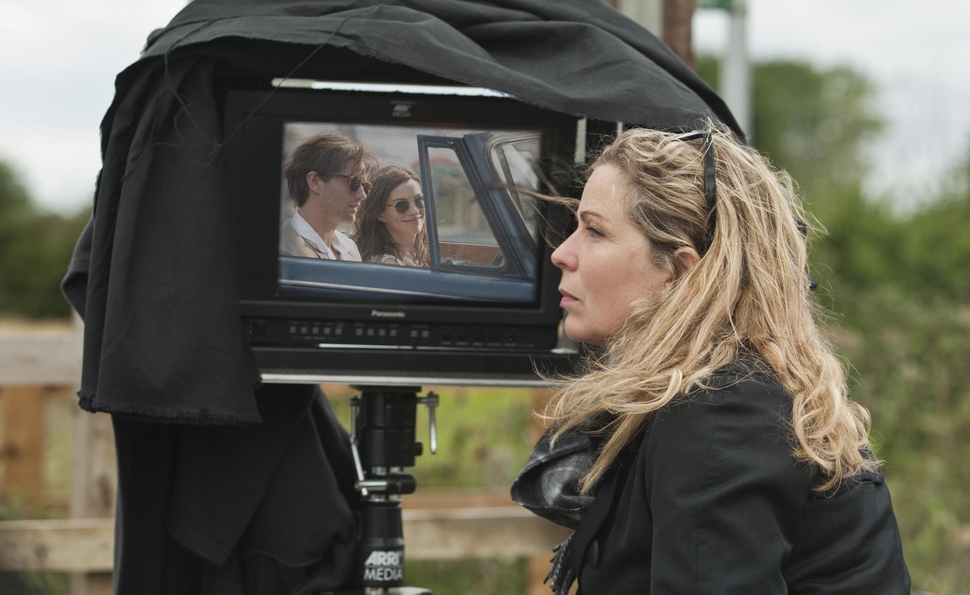 "What Dogme 95 did for women directors": A great essay by The Dissolve's Judy Berman.

“In truth, Dogme 95 wasn’t nearly as macho—or male-dominated—as its mythology suggests, particularly in its home country, whose film industry had always been unusually welcoming to female directors. The Brotherhood even had its own lost-to-history Lilith figure: documentary filmmaker Anne Wivel. Briefly considered a member of the core group, she left before making her own contribution to the filmography. But by the time the movement dissolved in 2005, women had directed four out of 10 Danish Dogme films: Lone Scherfig’s ‘Italian For Beginners;’ Susanne Bier’s ‘Open Hearts;’ Natasha Arthy’s ‘Old, New, Borrowed And Blue;’ and Annette K. Olesen’s ‘In Your Hands.’ (All these films except ‘Old, New, Borrowed And Blue’ will screen at New York’s Museum Of Art And Design over the next few weeks, as part of the museum’s series The Director Must Not Be Credited: 20 Years Of Dogme 95.) Particularly compared to the various New Waves of the mid-20th century, which generally topped out at a single female auteur (Agnès Varda in France, Věra Chytilová in Czechoslovakia), Dogme was a rare triumph for women in the avant-garde. Though von Trier and Vinterberg acknowledged the French New Wave in particular as an ancestor, the manifesto dismissed its principles as ‘bourgeois romanticism.’ Ideologically, Dogme’s priorities aligned more closely with punk rock than auteur theory. Just as 1970s punks had fought the technical bloat of prog rock by stripping back their music to just a few chords, Dogme revolted against effects-driven blockbusters by banning just about every cinematic element that might distract from the story and characters.” 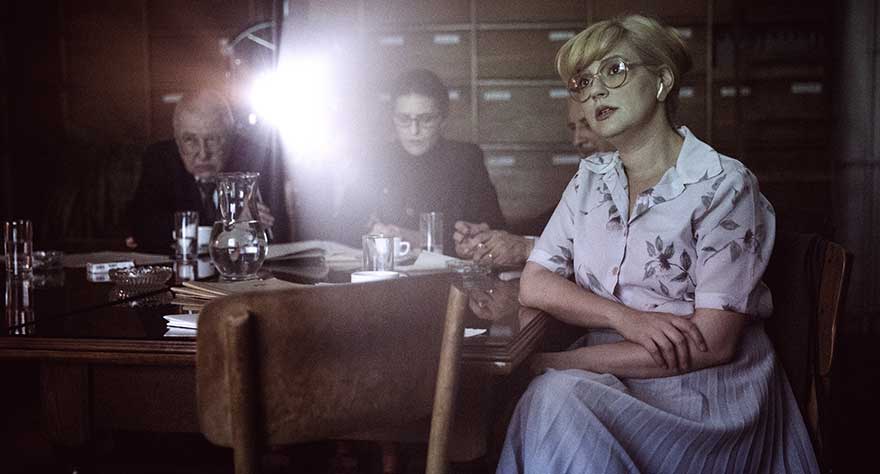 “In Romania circa 1985, the Communist regime of Nicolae Ceausescu was in its 20th year, bringing to a close a second decade of stifling oppression. There was speech, but it wasn’t free. There was media, but it wasn’t independent. There was TV, but it wasn’t much: one channel ran two hours of state-controlled programming each day. That was it. The residents knew of movies, but all they were permitted to see were state-edited films, most of which originated from parts of the world other than the West, and those films were only shown in state-run theaters. This drove some people to purchase illegal VCRs and bootleg tapes on the black market. Those people would then invite other people—for an admission price—to secretly watch movies in cramped apartments all night long. Romania’s film-lovers of all ages found the experience to be glorious. With tales of VHS parties and a collection of clips from ’80s movies any US film buff would recognize (including quintessential titles like ‘Top Gun,’ ‘Dirty Dancing,’ ‘The Terminator,’ and more), ‘Chuck Norris vs. Communism’ positions itself to be an exercise in nostalgia. With its geopolitical backdrop and Cold War era position on the timeline, the film also wants to be a history lesson. It does both well, but it’s when it goes deeper into those areas that it shifts into a more powerful gear.” 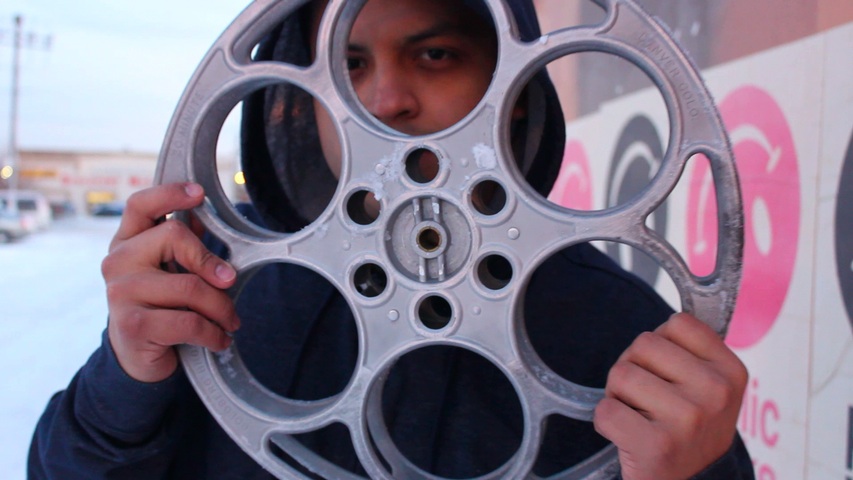 The Aperture Series presents the work of accomplished filmmaker and video essayist Nelson Carvajal from April 30th through May 3rd at Chicago's Public Access Theater. For more info, click here.

This short says it all—without words.