"Fans, Fiction, and Representation: A New Hope": A great essay from Nicole Dieker at Longreads.

“Clearly we have a long journey ahead; it isn’t enough to make queer characters and polyamorous characters and characters of color heroes in fiction if the world isn’t granting them the same status in life, for starters. Likewise, until we get greater representation among the people who create and tell our biggest cultural narratives, we’ll end up with situations like J.K. Rowling’s egregious characterization of Native Americans in her recent History of Magic in North America. As researcher Adrienne Keene writes, in ‘Magic in North America’: The Harry Potter franchise veers too close to home” at Native Appropriations: ‘We fight so hard every single day as Native peoples to be seen as contemporary, real, full, and complete human beings and to push away from the stereotypes that restrict us in stock categories of mystical-connected-to-nature-shamans or violent-savage-warriors.’ A lot of ‘Star Wars’ fans see a character like Poe Dameron as a complete human being, but that’s also because we’ve ascribed characteristics to him from the few hints we’re given in his brief screen time. We’ve created the character we wanted, and we’re hoping that the remaining ‘Star Wars’ episodes deliver, if not precisely the Poe we’ve written for ourselves, one that feels similarly whole. If he becomes a stereotype, we’ll turn away from ‘Star Wars.’ We’ve done it before. Other ‘Star Wars’ fans are taking to social media to argue that the franchise has ‘too much’ representation; that including a female protagonist in both ‘The Force Awakens’ and the upcoming ‘Rogue One: A Star Wars Story’  is ‘SJW bullshit’ and ‘feminist propaganda,’ as Mic (and numerous other outlets) reported. The two-minute trailer features two female characters along with half-a-dozen male characters, but since the women are not shunted into supporting roles, the movie is labeled ‘feminist.’ (It may very well be a feminist movie, but that shouldn’t be the reason why.)” 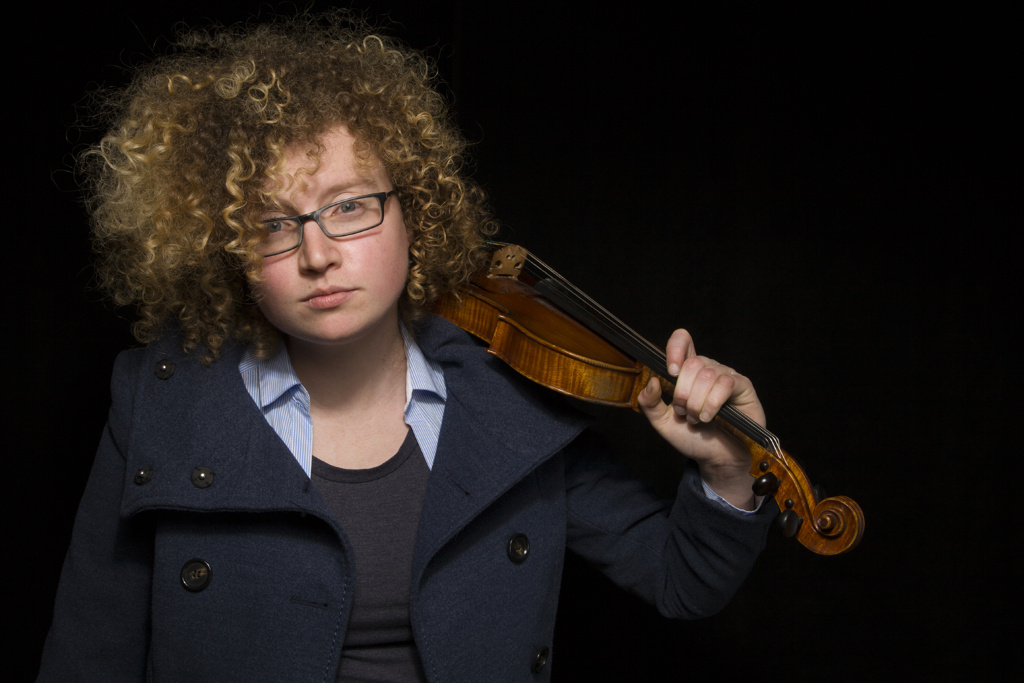 "Emer Kinsella on a Life in Music": At Indie Outlook, I interview the immensely talented composer about her work in film, radio and other mediums.

“[Indie Outlook:] ‘One of the most fascinating projects you’ve done thus far took place in Vienna, where you attended the University of Music and Performing Arts. Tell me about the site-specific concert entitled, ‘Soundproof,’ that you performed with your group, ArtISTmotion, at the Schönbrunnerstr 111.’ [Kinsella:] ‘I was looking to do an urban music project in a community in Vienna, and I wanted to combine my skills as a composer and an artistic director. I was playing with my band at the time in a concert, and the organizer of the concert was involved with a grassroots organization that took over a building that was being used for interim use. They were allowed to use the space as residencies for artists. They were looking for any collaborative ideas, and I just happened to meet them there to discuss my project with the band. I told them that I was looking for a location to do an interactive music project in the urban field. I was working with a quartet and dancers at the time, and we ended up molding the project into a form that didn’t require dancers. The quartet that I was working with had an accordion, a cello and two violins, and I realized that the artists’ residency location was perfect for the project. It had a huge courtyard in the center of the space, and artists were always being invited to check out the location, so it received a great deal of visibility. They agreed to let me use the space, so I kept visiting the building to get inspiration. I wanted the musicians to interact with the architectural aspects of the building itself, as well as interact with the audience. They’d become one with the building as a single breathing entity.’” 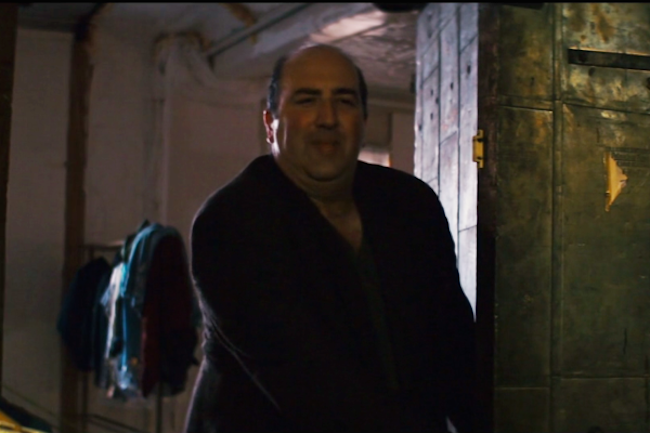 “The Starz series takes its title and its premise from ‘The Girlfriend Experience,’ a 2009 film directed by Steven Soderbergh and starring Sasha Grey, who was making her first move out of XXX movies here, with her role as a high-end New York call girl. I had a small but pivotal role in the movie as a character who called himself ‘The Erotic Connoisseur,’ the majordomo of an escort-review site. My sleazy character tries to extort sex out of Grey’s escort, and then gives her a witheringly bad review for her troubles. I was one of the movie’s bad guys, in other words. In interviews, the principals of the series have emphasized more than once that all it shares with the movie is the title, the premise, and the nom de guerre of the high-end-escort main character (Chelsea). So that should be enough to explain my non-return, flattering as these inquiries have been. Another reason I’m not in the television show should be self-evident: I’m not an actor. I’m a writer, one who mostly makes his living as a film critic, and I like that. The Starz series, which is executive produced by Soderbergh, features a cast that’s stacked with superb actors drawn from film and television. While if you look at the IMDB page for the movie, unless you’re a real showbiz maven, Grey’s name is the only one that stands out. And, as it happens, she’s the only cast member who had any training in acting. (No wisecracks from the porn-savvy peanut gallery, please.)” 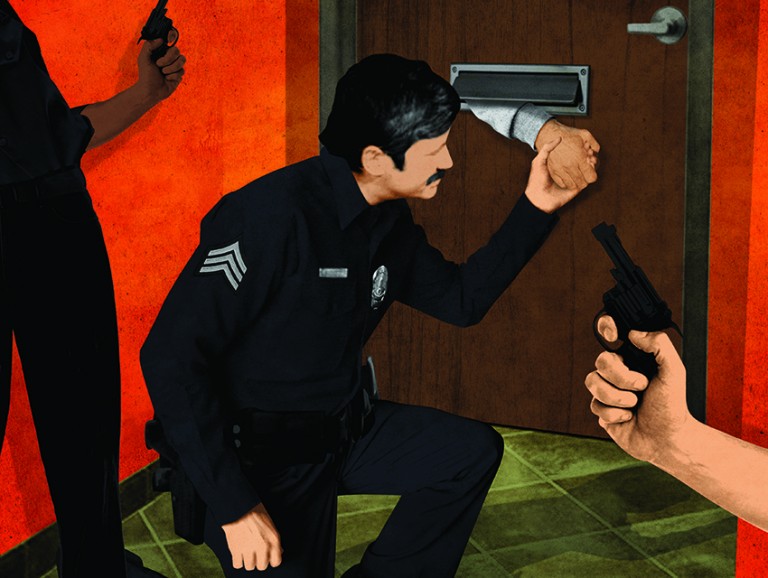 "Held Hostage: How an LAPD Officer Kept a Man from Becoming a Killer": An amazing story unearthed by Los Angeles Magazine's Michael Barrett.

“Sound City studios was only a few years old then, but Neil Young had already recorded there. Fleetwood Mac and Elton John would soon tape there, too. The studio and its storied soundboard would later be the subject of Dave Grohl’s documentary, Sound City. In the ’70s, L.A. recording studios were as ubiquitous—and as crowded—as strip clubs. Everybody, it seemed, wanted to lay down tracks, and demand for studio time was high. If you were financially strapped, like this drummer, you would book the cheapest studio time, from midnight to seven. These overnight gigs usually went to the young engineers—the new guys who needed more experience. On this morning it was a 21-year-old named Gary Brandt. This last session had been a party. The drummer had invited a few friends from a drum circle he’d joined the day before in a city park. He’d jammed with these guys late into the night. Then, one by one, they’d drifted away, leaving him alone as the sun rose. It was his 28th birthday, though he looked years older. His face was somewhat hidden behind a full beard and long dark hair. He stood on a narrow set of legs with a lean, strong body that appeared taller than its five feet, six inches. He had worn the same outfit for days—army pants, a light-colored cotton shirt, desert boots—the uniform of choice for antiwar radicals of the era. Normally he was an empathetic man. Gracious and fun. Full of good energy. He looked people straight in the eyes. But that good man had been driven out by the demons of excessive drug use, migraine headaches, and chronic sleeplessness. He’d begun to believe the engineer had switched the tapes to trick him into taking someone else’s music. The person pacing back and forth in that hot, tiny studio was now a very dangerous man.” 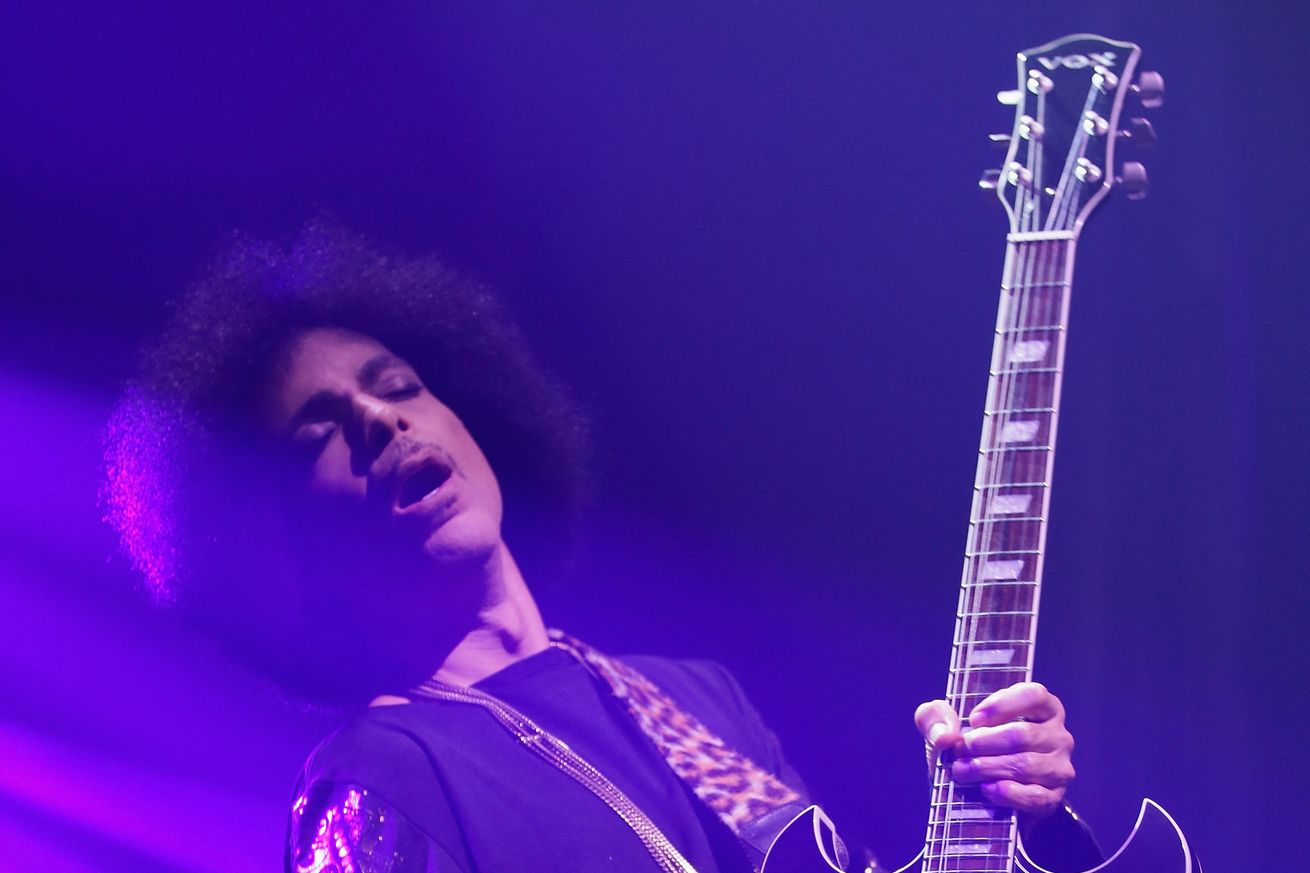 "Why we grieve artists we've never met, in one tweet": An updated version of Caroline Framke's great piece at Vox.

“Prince is dead, and millions of people are mourning. He was 57 years-old. His death is sudden, shocking, and for many, devastating. Any time a revered person dies, the established stages of grief seem to launch into hyperdrive. The second the news drops, final and cutting to the quick, the ripples start to spread. Soon enough, the grief feels magnified, becoming an ever-complicated web of shifting memory, gutted despair, muddled controversy over their worth, stark regret. Maybe there will even be some joy. But as the deceased begins to settle into the past tense, a couple of questions remain: Why did this person matter so much? How hard are we allowed to grieve, if we're just one among so many? When I found out David Bowie had died, for instance, I reached out to the two people I know who loved him most: my college friend M, and my father. They couldn't be more different from each other, but they both loved Bowie's relentless commitment to his own space oddity, which opened their minds, blew them apart, and put them back together again as something a little different. A little shinier, maybe. When I asked M how she was doing, she responded with a flurry of confused texts: ‘I don't know,’ ‘I just couldn't stop crying,’ ‘am just gutted.’ Then, a little sheepish: ‘I am more upset than I should be about a celebrity death?’”

At Art of the Title, Will Perkins interviews title designer Dan Perri and illustrator J. William Myers about their work on Robert Altman's 1975 classic, "Nashville."

Prince performs "Starfish and Coffee" on a 1997 episode of "Muppets Tonight." RIP.