"'Groundhog Day' Is One Of The Best Holiday Comedies Of All Time": Erik Kain of Forbes celebrates Harold Ramis' 1993 comedy classic. Related: Roger Ebert inducts the film into his Great Movies series.

“The 1993 comedy directed by former Ghostbuster Harold Ramis, stars Bill Murray as Phil, a self-absorbed weatherman, who finds himself stuck in the same repeating day over and over again—for a really long time. How long? Well according to Stephen Tobolowsky, the actor who plays insurance salesman Ned Ryerson in the film, the total time Phil spent in one day was 10,000 years: ‘They [director Harold Ramis and writer Danny Rubin] used, I think, the list of Kübler-Ross, the seven stages of death and dying, a very popular book in the 70s. These [include] recognition, denial, depression, anger, acceptance. They used that as a framework, but Harold Ramis, who’s also a Buddhist, said that in Buddhism they say that it takes 10,000 years for a soul to evolve to the next level. So he said that he felt that the entire progress of ‘Groundhog Day’ covered 10,000 years, which depressed me. I’m working on the piano, and I don’t have 10,000 years. I always thought that there were nine days represented [in the film], and Danny Rubin, the writer, said that he felt something like 23 days were represented in the movie, [but they lasted] over 10,000 years.” 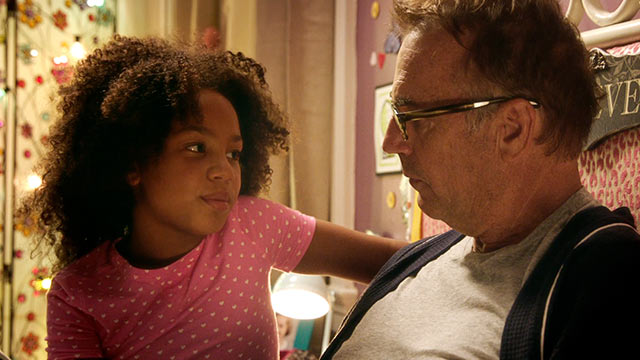 “‘Black or White’ is the Iggy Azalea of race films – it operates under the guise of being progressive and furthering the ‘conversation’ about race, but only serves to exalt Whiteness by marginalizing Blackness. The movie is chock full of Black tropes and stereotypes; the overbearing matriarch who coddles and enables her son’s inexcusable behavior, the ‘Angry Black Man’ (Mackie) and the ‘Magical Negro’ with Duvan (Mpho Koaho), who starts off as a math tutor for Eloise, but soon finds himself dispensing wise advice and becoming a personal chauffeur to Elliot when he’s too drunk to drive. You would think in 2015 Hollywood would have evolved from such reductive narratives about race, but according to Dr. Jason Johnson, a political analyst and a professor of political science at Hiram College, it’s business as usual. ‘It is part of a genre movie we have always had, that’s making a comeback which I like to call the ‘Reasonable White Man’ movie,’ Johnson explains. ‘They are films that are ostensibly about race but are extended polemics where so-called progressive Whites are saying ‘I’m the only one who has a reasonable perspective on this and Blacks are irrational and unreasonable.’” 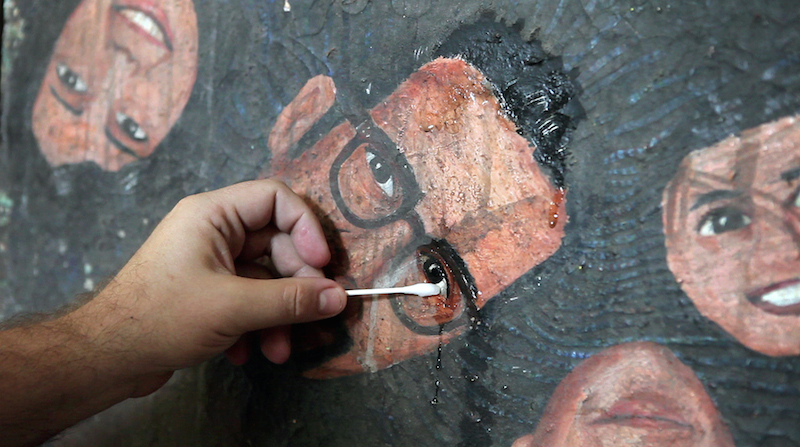 "Love Is Honesty: The Catharsis of 'Almost There'": At Indie Outlook, I review Dan Rybicky and Aaron Wickenden's new Kartemquin documentary, which will surely rank as one of the year's best films.

“The camera is every bit as interested in the atmosphere of Anton’s life as it is with the brushstrokes occupying his canvas. Echoes of ‘Grey Gardens’ occur in the sequences set in the basement of a house where Anton has lived for decades. To call it a health risk would be putting it lightly. The house used to be owned by Anton’s late mother, whose repressive beliefs injected her son with feelings of shame, ultimately causing him to move below ground, where he developed a paranoia of the outside world. When Anton starts voicing regret about saying negative things about his mother oncamera and asks the filmmakers to take them out, Rybicky argues that the most honorable representation would be the most truthful. ‘My idea of love is honesty,’ Rybicky says, which may have served as his mantra during the entire production. Just as he held himself to the same standards as his students in the classroom, Rybicky turns the camera on himself, exploring his own personal life in a subplot that initially seems like a detour, but ends up tying thematically to the central narrative in ways that are surprising, provocative and extraordinarily poignant.” 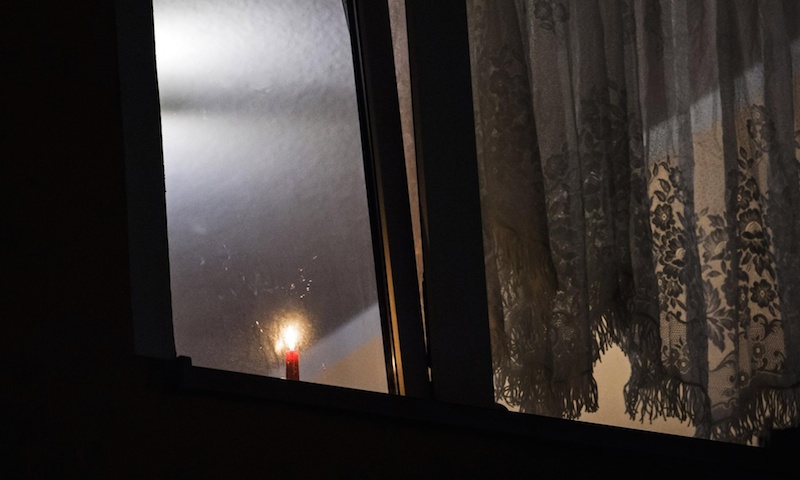 "I was six when a man first touched me. I didn't speak up until I was an adult.": At The Guardian, Rebecca Carroll writes an intensely personal essay on her childhood experiences with sexual abuse.

“I never told my parents anything. My only act of acknowledgement that he did something bad was when I crossed out with a ballpoint pen the ‘Love, your hubby’ at the bottom of a poem he had written in my autograph book when I was eight or nine. The poem: ‘Tulips in the garden, tulips in the park/But the best place for tulips, is tulips in the dark.’ Uncle Doug did not hurt me physically, but he laid the groundwork for who and what I would become with men throughout my adolescence and into my early adulthood – a wreckage of fondled girlhood looking out a dark window whenever a man was on top of me. His adult hand edging up my six-year-old thigh made it seem natural to me when much older men showed interest or pursued me as a teenager. Or perfectly normal for me to try to seduce a 35-year-old when I was 15. I never felt like a victim – and I might even still argue that I wasn’t victimized enough to claim that label, and instead call myself a product of a premature sexual experience. But for years, every time a man touched me – especially if he was older, even if I pursued him and told myself and him that it was ok – I’d catch myself looking through a non-existent dark window waiting for it to be over. Relationships came and went but never lasted, and I thought both that didn’t have anything to tell, and no one to tell it to.” 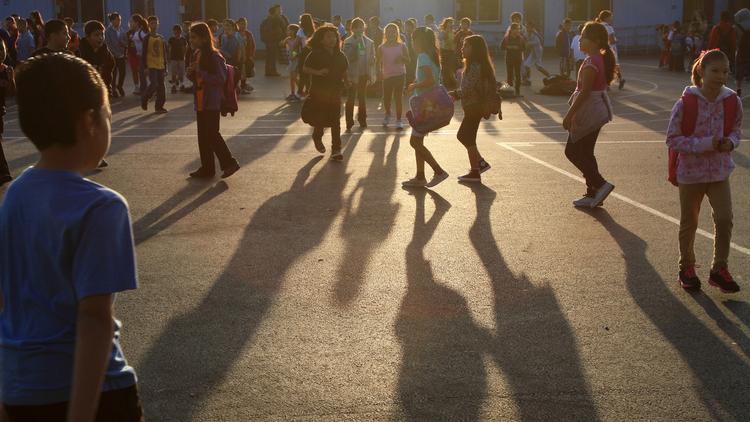 "How secular family values stack up": Phil Zuckerman of The Los Angeles Times reports on the Golden Rule taught by secular families known as empathetic reciprocity.

“So how does the raising of upstanding, moral children work without prayers at mealtimes and morality lessons at Sunday school? Quite well, it seems. Far from being dysfunctional, nihilistic and rudderless without the security and rectitude of religion, secular households provide a sound and solid foundation for children, according to Vern Bengston, a USC professor of gerontology and sociology. For nearly 40 years, Bengston has overseen the Longitudinal Study of Generations, which has become the largest study of religion and family life conducted across several generational cohorts in the United States. When Bengston noticed the growth of nonreligious Americans becoming increasingly pronounced, he decided in 2013 to add secular families to his study in an attempt to understand how family life and intergenerational influences play out among the religionless. He was surprised by what he found: High levels of family solidarity and emotional closeness between parents and nonreligious youth, and strong ethical standards and moral values that had been clearly articulated as they were imparted to the next generation. ‘Many nonreligious parents were more coherent and passionate about their ethical principles than some of the ‘religious' parents in our study,’ Bengston told me. ‘The vast majority appeared to live goal-filled lives characterized by moral direction and sense of life having a purpose.’”

At Shadow Play, David Cairns beautifully dissects every nuance in the unforgettable final close-up from Mike Nichols' 1967 masterpiece, "The Graduate."

Sean Hickey's superb video essay, "Style Vs Function in 'The Hobbit,'" explains why Peter Jackson's prequel trilogy pales in comparison to his original "Lord of the Rings" series.