“When reading the NSFC’s detractors (most of whom, it seems, haven’t actually bothered to see the film), it becomes clear that the group’s primary offense was simple: by making an unexpected and esoteric choice, they didn’t contribute to the Awards Season Narrative, so they’re out-of-touch, irrelevant snobs. Now, for context, note that the group doesn’t have a set pattern for participating in that narrative. Some years their Best Picture goes on to win that award at the Oscars (‘The Hurt Locker,’ ‘Million Dollar Baby,’ ‘Schindler’s List’). Some years it’s nominated (‘The Social Network,’ ‘There Will Be Blood,’ ‘Capote’). And some years they make a wild, left-field pick that has no chance of winning anything else, like when they chose ‘Mulholland Drive’ in 2001, or ‘Melancholia’ in 2011, or (best of all) when they shrugged off ‘Saving Private Ryan’ and ‘Shakespeare in Love’ in 1998 and gave the big enchilada to ‘Out of Sight.’” 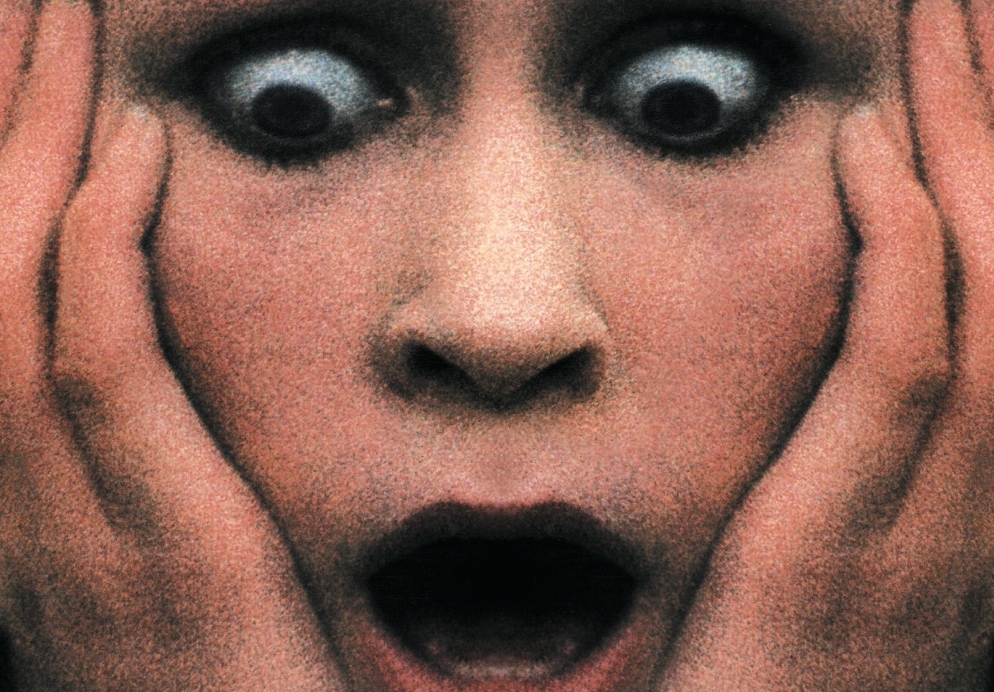 "The best DVDs and Blu-rays of 2014": 34 international critics and DVD curators choose their favorites of the year at Sight & Sound, including Trevor Johnston.

“Only maniacal 60s British cinema completists would previously even have heard of John Guillermin’s 1965 French-shot coming-of-age drama ‘Rapture,’ but few would ever have seen this long-unavailable saga of a vulnerable volatile teenage girl’s corrosive dalliance with a fugitive sailor – directed with such freewheeling expressiveness it makes one rather sad that Guillermin took the Hollywood coin thereafter. More familiar to most arthouse mavens but unseen by me was Francesco Rosi’s 1962 ‘Salvatore Giuliano,’ which plays out like a restaged documentary chronicling significant events before and after the killing of a renegade Sicilian freedom fighter. Riveting it is too, not just for Rosi’s extraordinary command of his resources, but the way in which it cannily outlines the iniquities of state corruption without making specific (and thus presumably censorable) accusations. Bong Joon-Ho’s ‘Snowpiercer’ is another saga of bristling class conflict, though of a more speculative, post-apocalyptic cast. A shame UK cinemagoers still haven’t had the chance to hop aboard this eye-poppingly imaginative odyssey, but the excellent French Wild Side Blu-ray edition stands up well amongst sundry international options for this English-language title. Not on disc at all, but well worth a look for anyone who caught it on late-night television in years gone by, John Mackenzie’s second feature, 1971’s unsettling boarding-school saga ‘Unman, Wittering and Zigo’ (the last three names on the class roll of the seemingly murderous 5B) has now resurfaced as a legit digital download – presumably a sign of thing to come for such archive titles. Just time to mention Pawel Pawlikowski’s ‘Ida,’ which I saw too late for my Films of the Year selection but whose academy-ratio framing casts an intimate spell for home viewing, where one can also stop to admire the exquisite black-and-white cinematography in all its chilly Eastern European glory on Blu-ray.” 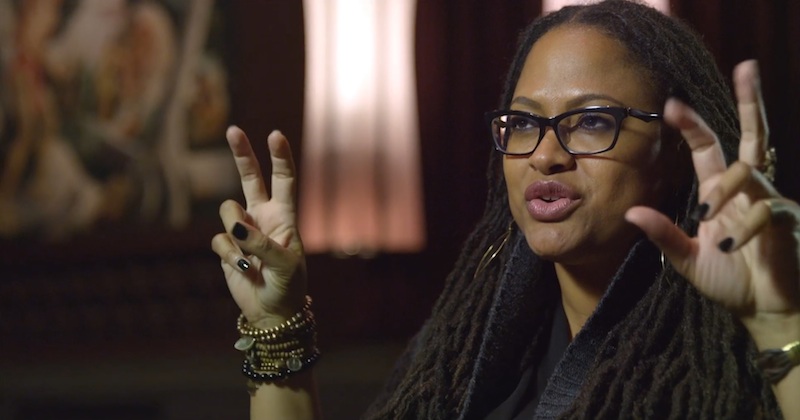 "I think everyone sees history through their own lens, and I don't begrudge anyone from wanting to see what they want to see. This is what I see. This is what we see. And that should be valid. I'm not gonna argue history; I could, but I won't. I'm just gonna say that, you know, my voice, David's voice, the voices of all of the artists that gathered to do this, of Paramount Pictures, which allowed us to amplify this story to the world, is really focused on issues of justice and dignity. And for this to be reduced — reduced is really what all of this is — to one talking point of a small contingent of people who don't like one thing, is unfortunate, because this film is a celebration of people, a celebration of people who gathered to lift their voices — black, white, otherwise, all classes, nationalities, faiths — to do something amazing. If there is anything that we should be talking about in terms of legacy, it is really the destruction of the legacy of the Voting Rights Act and the fact that that very act is no more in the way that it should be, protecting all voices to be able to be heard and participate in the electoral process. That is at risk right now. There's been violence done to that act. We chronicle its creation in our film. And so I would just invite people to keep their eyes on the prize and really focus on the beautiful positives of the film." 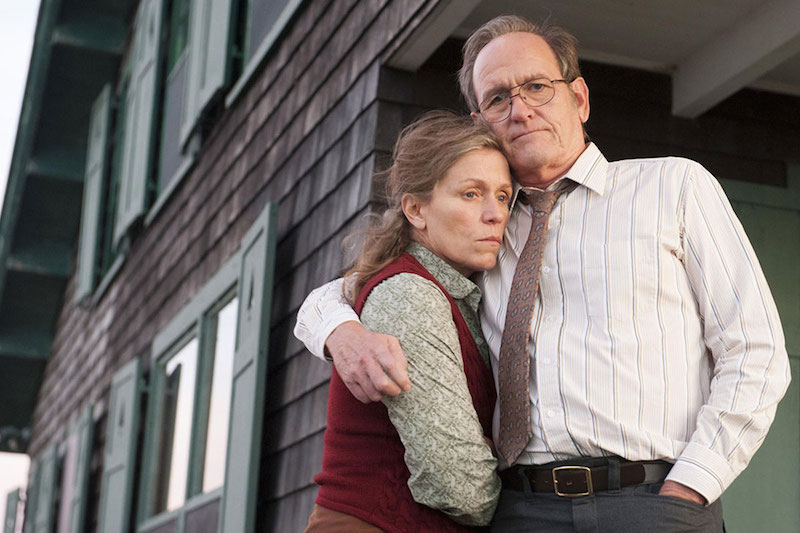 “The equal of any film on this list, Lisa Cholodenko’s four-part HBO miniseries is cinema of the highest order. Frances McDormand receives her finest showcase since “Fargo,” yet her chronically depressed anti-heroine here could not be more fundamentally removed from the big-hearted, clear-eyed cop that earned her a well-deserved Oscar. Olive is a difficult character to embrace and could’ve easily become repellant, but McDormand makes her such a fascinating, exquisitely realized human being that the audience can’t help but hang on her every word. Jane Anderson’s immaculate screenplay adapts Elizabeth Stout’s book—which followed various inhabitants of a coastal Maine village—with great care, while restructuring the narrative to place Olive front and center. Richard Jenkins is equally enthralling as Olive’s husband, Henry, who smiles though her scowling remarks, showering her with love and carrying her emotional baggage until his legs give out. Though he only has a handful of screen time late in the film, Bill Murray delivers his best performance in years as a fitting companion for Olive. They are mismatched in many ways, but his refusal to enable her worst tendencies turns out to be life-altering. What a wise film about people, and what a triumphant counterpoint to the shameful stigmatization of mental illness and the mainstream notion of commercial likability. A magical experience.” 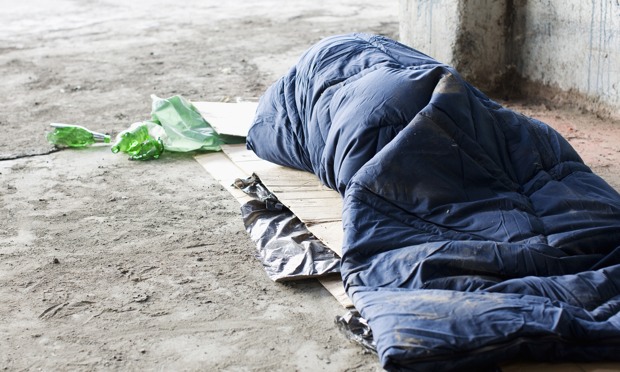 "Melbourne's homeless to get free entry to movies and pools to escape heat": Reported by Oliver Milman at The Guardian.

“The city’s heatwave and homeless strategy sets out measures to help homeless people during the expected heatwave, delivered by six homelessness groups including the Salvation Army and Youth Projects. Free swimming and locker passes to five pools in central Melbourne will be made available for homeless people until 31 March. Complimentary movie tickets will be distributed on days of extreme heat, and homeless centres will open after hours to provide cooler conditions. The scheme will also advise those in temporary accommodation about how to cope with hot days, as well as provide maps of shaded areas such as parks, libraries and visitor centres. There are an estimated 1,343 homeless people in the City of Melbourne, and 142 sleep rough in the CBD. Victoria has about 22,000 homeless people. An estimated 167 people died due to the extreme heat that baked Victoria during January last year; homeless people are considered particularly at risk. A City of Melbourne spokeswoman said: ‘Extreme heat is a silent killer that takes its highest toll on our most vulnerable, such as those who are homeless. We want to ensure that people experiencing homelessness have access to a range of respite options during the day and at night, as well as important heat health information.’” 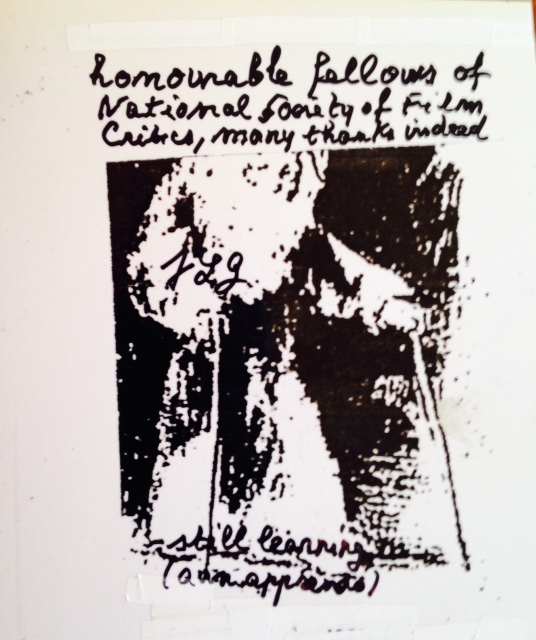 Nelson Carvajal, one of the best writers on the work of Paul Thomas Anderson, explores the inherent vices of the director's various characters in his latest exquisitely edited video essay (accompanied by a terrific written essay by Arielle Bernstein of Indiewire). I especially liked when Daniel Day-Lewis laughed at a quip uttered by Martin Short. Perhaps only Ed Grimley could cheer up Daniel Plainview.