"The epic uncool of Philip Seymour Hoffman": A masterful, epic profile of the late, beloved acting genius penned by The Dissolve's Nathan Rabin.

“Hoffman doesn’t appear onscreen until 40 minutes into Paul Thomas Anderson’s 1997 breakthrough ‘Boogie Nights,’ and he doesn’t have as much screen time as the rest of the overstuffed cast. His gut squeezed into too-tight tops, his legs jammed into short-shorts so tight they must have cut off his circulation, Hoffman plays Scotty, a boom operator with a desperate crush on charismatic porn star Dirk Diggler (Mark Wahlberg) so intense that he devolves into a state of fluttering semi-incoherence whenever he’s around his object of affection. Scotty is doomed never to fit in with the rest of the guys, as much due to his nervous, geeky disposition as his sexuality. But there’s nothing remotely mocking or condescending about Hoffman’s performance, which invites audiences to feel his pain and yearning rather than laugh at it. Hoffman once again plays a man without barriers or defenses, a sweetheart who is all vulnerability, openness, and yearning for acceptance. He tiptoes around his obsession for rightful fear of being hurt in a way he won’t be able to recover from. His writhing self-hatred as he sits in a car by himself, during the New Year’s Eve party that marks the beginning of the end for the high times, is as raw and electrifying as anything in Anderson’s towering masterpiece.” 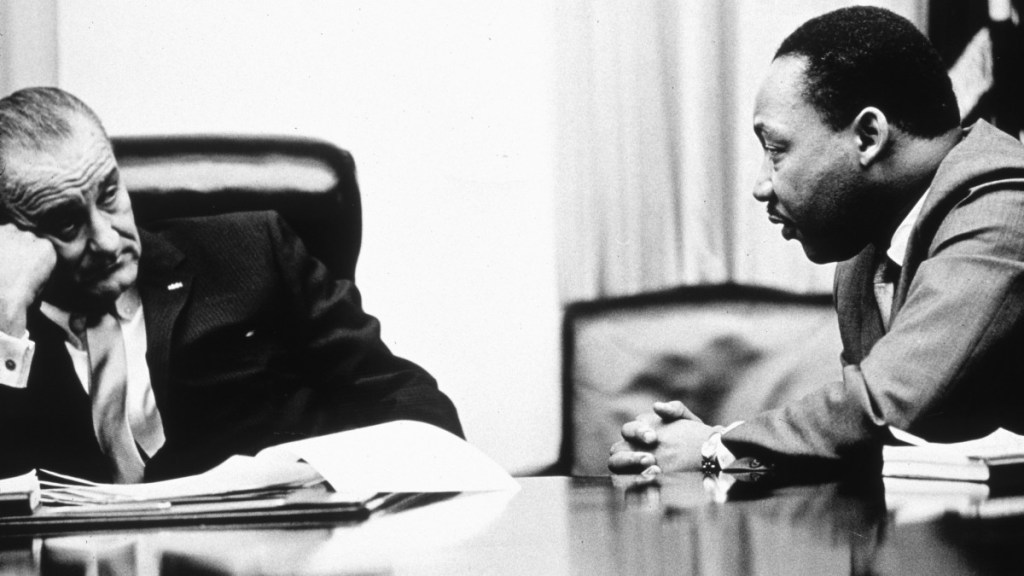 "How 'Selma' Got Smeared": At Grantland, the brilliant Mark Harris writes the best piece yet on the controversy regarding Ava DuVernay's historical drama. Related: Tre'vell Anderson of The Los Angeles Times discusses the 1999 TV movie, "Selma, Lord, Selma."

“As the film critic Sam Adams noted on Twitter, ‘the only way to come out of ‘Selma’ seeing LBJ as the movie’s villain is if you expected him to be its hero.’ I would add that the only way to come out of ‘Selma’ viewing it as a pack of lies is if you walked in expecting to see a documentary. It’s a bit like the axiom — popularized just a year after the Selma protests — that if you have a hammer, everything looks like a nail: If you define historical drama as a failed, sloppy version of history, then of course the natural way to discuss it is in the language of preemption and condemnation, a language that is also ideally suited to a click-driven, bullet-points culture: ‘What [X] Gets Wrong About [Y]’ or ‘What’s True and What’s a Lie in [X]’ or ‘How [X] Distorts Reality.’ But treating drama as an inadequate half-stab at truth by underqualified dilettantes is a bad-faith starting point that completely avoids any deep or serious examination of why dramatists make the changes that they do. That requires an approach to pop culture that is both sympathetic and interested — an attitude that would deprive any number of ‘Selma’’s critics of the straw-man targets of ‘Hollywood’ and the con men and casual defrauders those critics conveniently imagine populate it.” 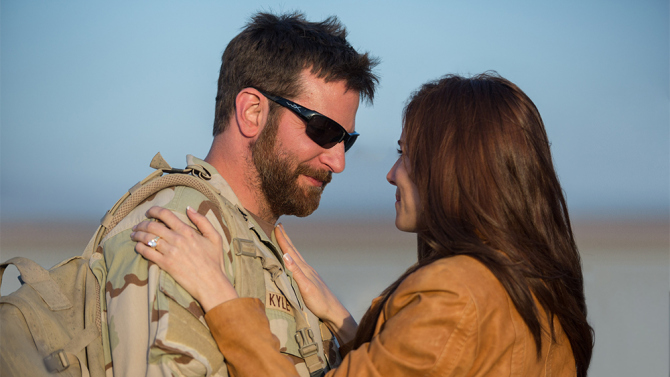 “True to his billing as the sniper with more ‘kills’ than anyone else in U.S. military history, Kyle is depicted as a freakishly talented marksman who knows his way around a war zone. Bradley Cooper has gotten plenty of praise in the lead role, though it’s a little difficult to understand why: He portrays Kyle as a man of near-robotic demeanor. Matt Damon and Jeremy Renner did more emoting playing equally lethal but fictional automatons in the Jason Bourne movies than Cooper does playing a real person.Particularly bizarre is the final five minutes of the movie, when Kyle returns home for good. At his wife’s prompting, he sees a shrink who puts him to work helping severely injured military vets, and voila: He is cured, shaking off his PTSD like it was a 24-hour flu.It’s not as if ‘Sniper’ makes Kyle seem entirely carefree. Perhaps the most brutal scenes in the movie aren’t even on the battlefield but back at home between tours of duty. At one point Kyle stares blankly at a TV set while sounds of gunfire ring in his ears though there isn’t a weapon in sight. In another scene, Kyle snaps at the sight of some roughhousing between a child and a dog at a backyard party, raising his hand to whip the poor creature right up until his wife intervenes.But Cooper’s Kyle doesn’t deviate from the stoic dignity that seems more appropriate in Eastwood’s early Westerns. He never so much as sheds a tear, not to mention exhibit the wide range of symptoms typical to vets suffering from post traumatic stress disorder, from insomnia to drug abuse.It’s entirely possible that there are PTSD sufferers who, as Kyle is depicted to be, simply retreat into their shells. But when that comes off as nothing more than steely resolve, it’s not an effective way to convey how awful his condition is.” 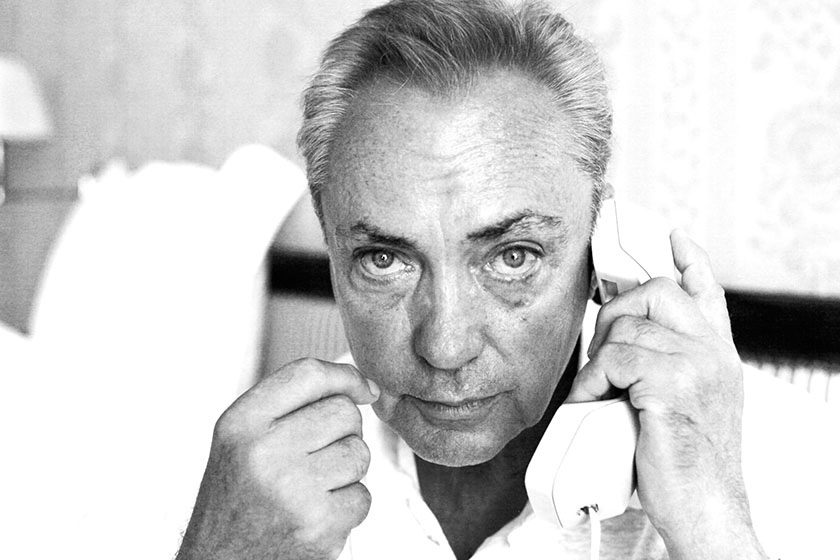 "Palm Springs: This Side of Paradise": Michal Oleszczyk reports on the Palm Springs International Film Festival for Fipresci.

“Apart from the obvious favorites that have been generously written up elsewhere (such as Ruben Östlund's ‘Force Majeure’ (Turist), Abderrahmane Sissako's ‘Timbuktu’ (Le chagrin des oiseaux) and Pawel Pawlikowski's ‘Ida’), Palm Springs festival allowed us a glimpse into the state of international cinema unlike any other, since we could not only admire (or hate) the films we were being shown, but also judge the given countries' decisions as to actual inclusion of specific titles as their Oscar bids (with a new Porumboiu film under its belt, what was Romania thinking when they nominated ‘The Japanese Dog,’ for example…?). Overall, Palm Springs offered some unforgettable screenings and an agreeable vibe that seemed to be rooted as much in the open faces of the movie-loving locals as it was poured on by the gorgeous California sun. As I was walking down the street from the final Awards luncheon, a big car stopped next to me and who else but Udo Kier (a local resident) should offer me a ride to my hotel…? Try to experience a casual moment like that at Cannes or Berlin, and maybe I'll believe you that those places are more fun than Palm Springs.” 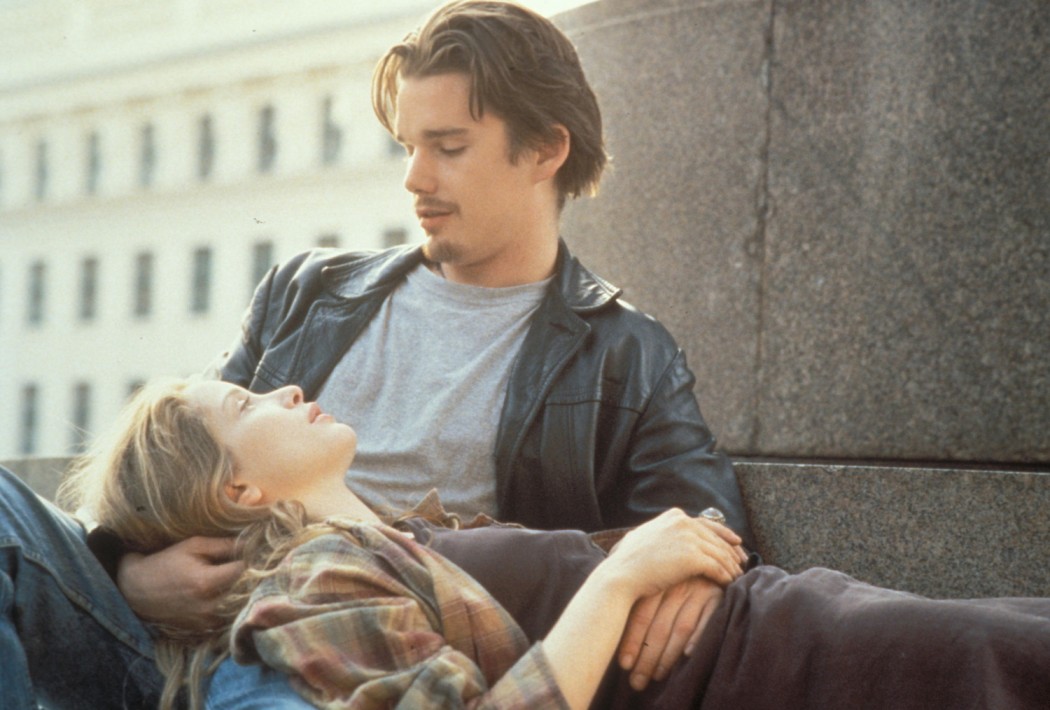 "Time After Time: Looking Back at 'Before Sunrise'": At Movie Mezzanine, Sheila O'Malley reflects on Richard Linklater's lovely first installment of his "Before" trilogy, released in 1995.

“The potential for a decades-long series of films is there in ‘Before Sunrise.’ The film starts simply with whizzing images of train tracks, and a landscape moving by, presumably out the train windows, and yet Linklater chose to underscore it with the sweeping overture to English Baroque-era composer Henry Purcell’s ‘Dido and Aeneasbig,’ momentous even, the music invested in thrusting these two strangers into one another’s paths. ‘Before Sunrise’ takes place over the course of one 24-hour period, with a clear end-time stated in the title. Will Celine, a French girl (Julie Delpy), and Jessie, an American boy (Ethan Hawke), connect? Will they kiss? Will they get back on the train together? Linklater is interested in something subtler than ‘what happens;’ he is interested in the thing that we all know from real life but that is so rarely seen onscreen: what it feels like to have an enjoyable conversation. Kissing is great, but talking is better. Celine and Jessie playfully commit to the art of conversation, doing a QA game on a tram (one of the many long takes that make up the film), or making pretend phone calls to their friends back home. Even with the seriousness of some of the topics they discuss, and even as it becomes clear that sex is probably going to happen, the tone remains light and engaged, as opposed to guarded or cynical. Even when they disagree, Celine and Jessie seem more invested in keeping the conversation going rather than insisting on being right. Roger Ebert stated in his original review of ‘Before Sunrise’ that Linklater was ‘onto something.’ Linklater’s pieces-of-time experiments with moonlight-into-chambers contain a cohesion that remains thrilling to his fans. Linklater continued to be ‘onto something’ 10 years later. Ebert described of ‘Before Sunset’: ‘The film has the materials for a lifetime project; like the 7-Up series, this is a conversation that could be returned to every 10 years or so, as Celine and Jesse grow older.’ And indeed that has come to pass with the release of ‘Before Midnight’ in 2014.” 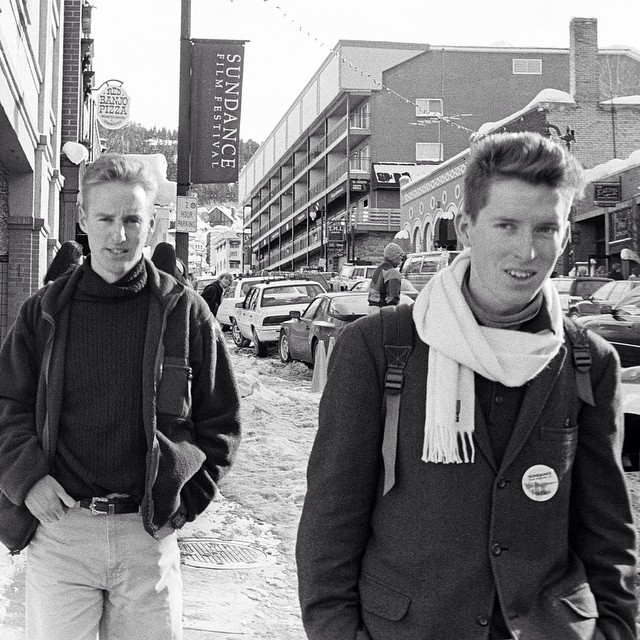 The Criterion Collection released this priceless photo of Wes Anderson and Owen Wilson at the 1993 Sundance Film Festival for the premiere of "Bottle Rocket." Courtesy of Laura Wilson.

Tara McGinley of Dangerous Minds unearths a priceless 1975 clip from "The Tonight Show with Johnny Carson" where the marvelous character actress Shelley Winters solidifies her status as one of the all-time greatest late night guests. When her fellow guest, Oliver Reed, starts making sexist remarks, she improvises a wordless response that brings down the house.