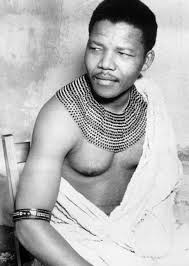 Nelson Mandela died yesterday, and the world stopped to honor his legacy of bright, clear courage. For The New York Times, Bill Keller writes "Nelson Mandela, Who Led South Africa’s Liberation, Dies at 95."  Also at The New York Times, an amazing timeline,  a slideshow, and Lydia Polgreen's "Mandela's Death Leaves South Africa Without Its Moral Center." Time's Richard Stengel writes "Remembering an Icon of Freedom." The Guardian reprinted Mandela's April 20, 1964 speech "An Ideal for Which I Am Prepared to Die." From Mother Jones' Dave Gilson, "Nelson Mandela's Epitaph, in His Own Words."  For Salon, Prachi Gupta chimes in as does Stephen W. Smith for The London Review of Books. For Pajiba, native South African TK writes A Memorial and a Celebration. The New Yorker's Elissa Curtis writes "Mandela's Legacy: The Born Frees." From NPR, "Mandela: An Audio History." The Nation collected "The Top Ten Songs About Nelson Mandela." And from RogerEbert.com, Simon Abrams' "Mandela: Long Walk to Freedom," and Roger Ebert's review of the 1997 documentary, "Mandela."
Advertisement 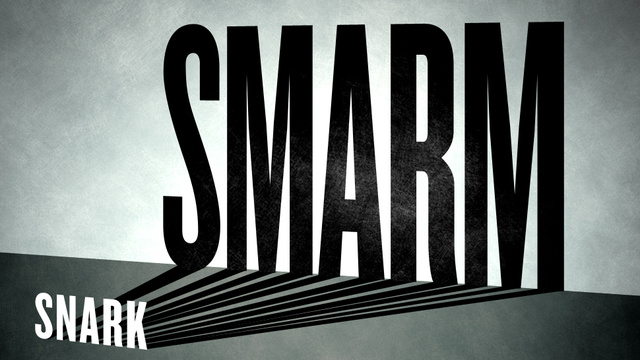 "What is smarm, exactly? Smarm is a kind of performance—an assumption of the forms of seriousness, of virtue, of constructiveness, without the substance. Smarm is concerned with appropriateness and with tone. Smarm disapproves. Smarm would rather talk about anything other than smarm. Why, smarm asks, can't everyone just be nicer?" 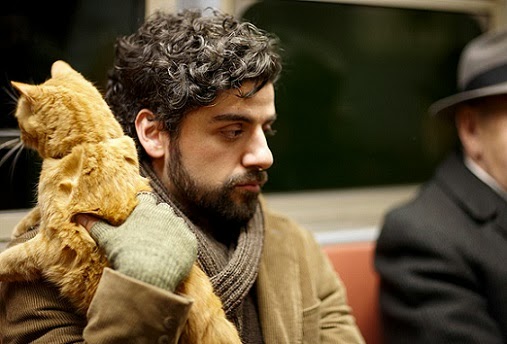 "Like King Midas's Idiot Brother." On his blog, critic Bilge Ebiri offers an excellent analysis of "Inside Llewyn Davis."

"We all know people like this; we have all been this guy at various points in our lives; some of us still are. (To rearrange the words of the title, there's a little Llewyn Davis Inside all of us, sort of the way That Barton Fink Feeling was something we could all access.) Llewyn is a bit too serious about his art to ever truly sell out; whether he’s good enough to succeed without doing so isn’t a question the film dares to answer. With a lucky break here, a not-unlucky-break there, who knows what might have been? Speaking with Jean (Carey Mulligan), a fellow folkie whom he impregnated and who now hates his guts, Llewyn divides the world into ‘careerists’ and ‘losers.’ And he refuses to be a careerist, which basically leaves him with one option. So, Inside Llewyn Davis is the story of the guy who didn’t make it." 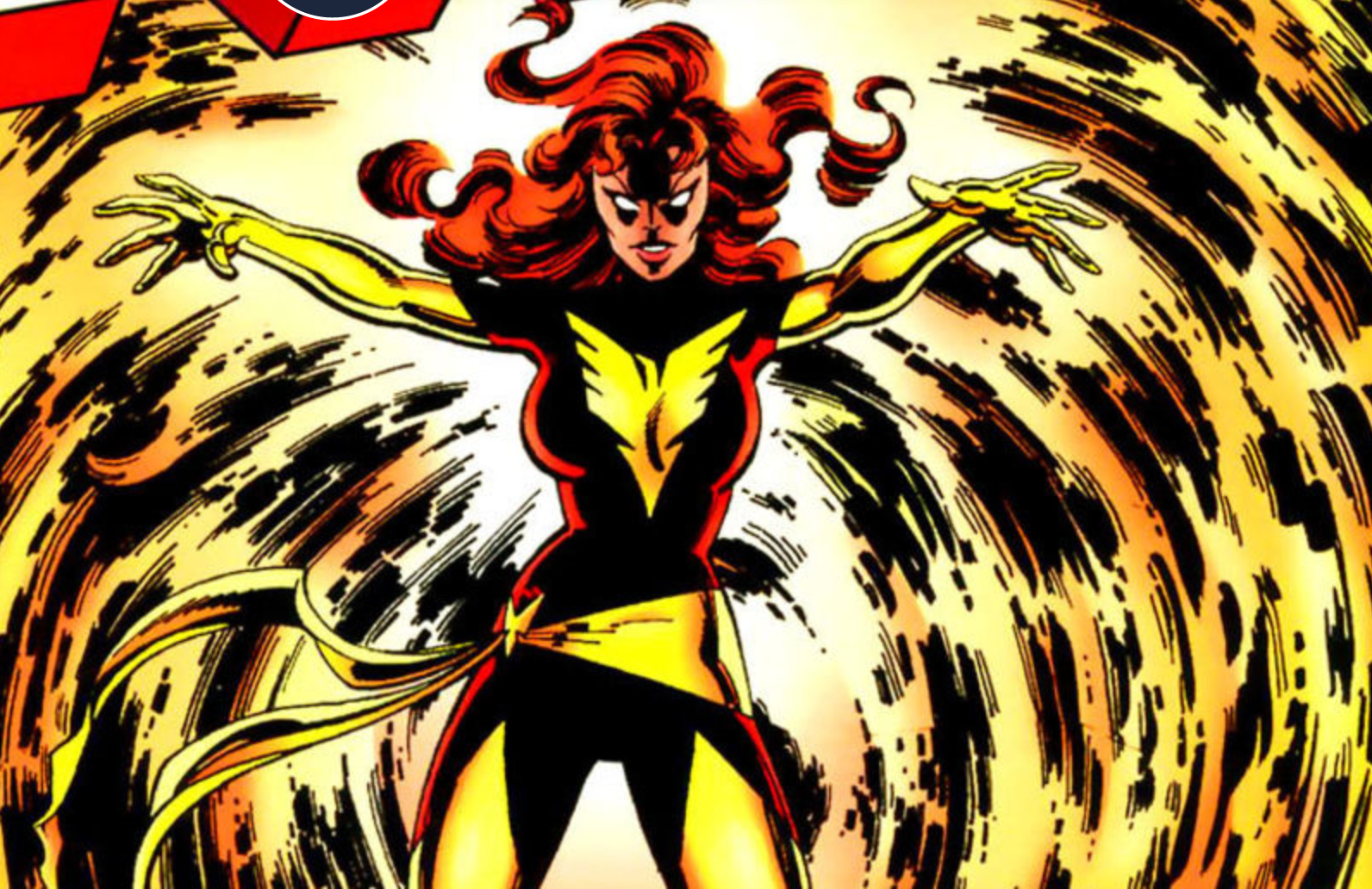 "What Does X-Men's Dark Phoenix Saga Have in Common with Christmas?" The A.V. Club's Scott Kaufman finds bible stories where you'd least expect them.

"I understood was that Jean Grey had become the most powerful force in the universe—which I only knew because she ate one—and that she was made of fire and, at least initially, wanted to protect her friends. She was just like Jesus: all-powerful and mostly nice, which fit with my understanding of Catholicism and the condemnation it entailed. She was just like Yahweh: as powerful as she was petty and given to fits of spite and love and damnation. So I read and re-read Uncanny X-Men 129-138 every Christmas, because nothing else made as much sense.  This is what God does: He loves us, then we’re Job." 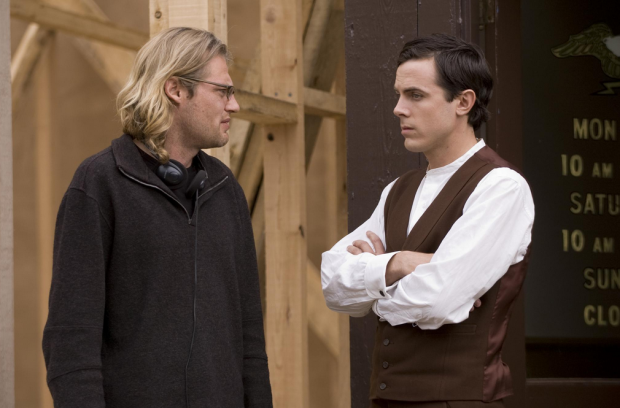 "Andrew Dominik on the Revival of 'The Assassination of Jesse James by the Coward Robert Ford.'" The Film Stage's Nick Newman discusses the fan-led initiative to bring the 2007 western back to the big screen with its director.

"It really is a 'movie movie.' The images are bigger, and it’s a more immersive experience. Some films, I guess, it doesn’t really matter. I mean, speaking for myself, projection is so bad at so many places nowadays that I’d rather just watch a movie at home, because if I’m home at least I know it’s going to be in-focus. But we’re going to be screening the DCP from the DI [digital intermediate], which is the most consistent picture. It’s just a more immersive experience, you know? And that’s part of the design of the film — everything, down to the sound, is something that works better in a theater." 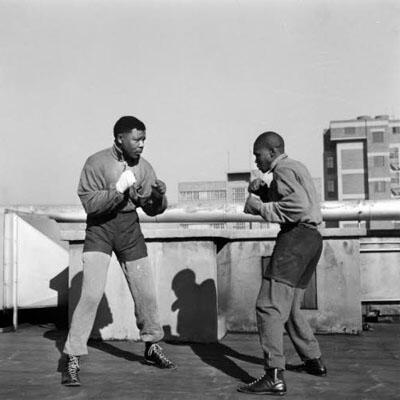 Nelson Mandela shadow-boxing with Jerry Moloi while on trial for treason, September 1957.