"Jackey Neyman Jones on 'Manos: The Hands of Fate'": The actress and artist chats with me at Indie Outlook prior to appearing at a 50th anniversary screening of the film scheduled for Friday, November 11th, at Chicago's Music Box Theatre.

“When my family arrived [at the premiere], we were instructed to wait in an alleyway behind the theater. We gathered there, all dressed up, and then this limo would come by. It would pick up a few people at a time, drive around the block and deposit them in front of the theater. There was a red carpet and big lights that moved and scanned the sky. Hal had borrowed them from a local car dealer. We were right on the border of Mexico, and there were Mexican street kids who would sell newspapers during the day. Hal hired those kids to be autograph hounds, and he gave them little pads of paper and pencils. When we went in the theater, the city alderman was there, along with the mayor and the sheriff. Everybody thought ‘Manos’ was going to bring the film industry to El Paso. Hal had convinced everybody that this was going to be a big deal for the city, even though nobody had seen it yet. We sat fifth row center because my dad wanted to be sure that I had a good view of the screen. The film started and I remember that I was watching the screen in fascination—until my mouth opened and that voice came out. Then I just started crying. I was miserable because I was so embarrassed and apparently everyone else was too. My dad felt trapped. He knew that he couldn’t escape because he was the lead character. If he had gotten up in the middle of the theater and left, it would look really bad. So we just sat through it and everybody around us kind of disappeared. The audience walked out of there as quickly as they could, and that was pretty much it. Nobody talked about it after that.” 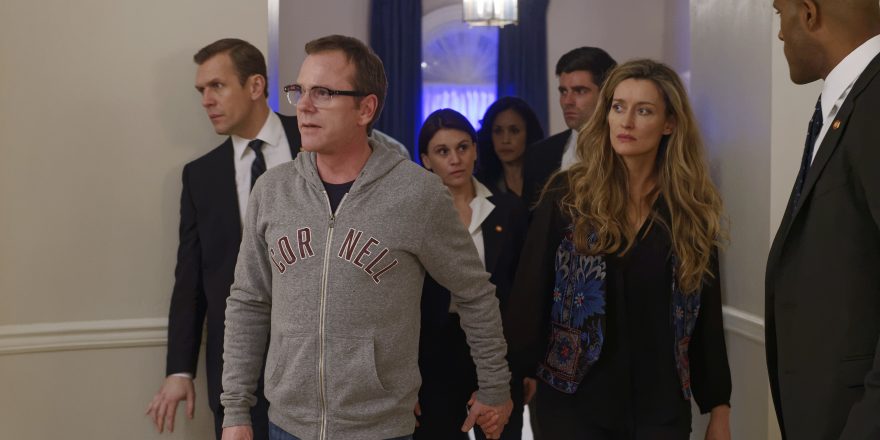 "'Designated Survivor' is a Capra-esque Mix of Trump and Clinton": According to The Talkhouse's Jim Hemphill.

“Given this moment in our history, when representatives are willing to waste time on the Senate floor holding up snowballs to deny climate change and our Republican presidential candidate has turned the electoral process into a VH1 reality series (kind of like ‘Rock of Love,’ but less tasteful), one can hardly blame me or anyone else for embracing ‘Designated Survivor’’s vision of a Capitol Building both literally and metaphorically in flames. ‘Designated Survivor’’s greatness, though, lies not in its destructive vision but in its aspirational and inspirational qualities – in its own unassuming way, the series is the closest any modern filmmaker has come to replicating the best work of Frank Capra in the late 1930s. ‘Designated Survivor’ is the creation of David Guggenheim, who previously wrote the Denzel Washington-Ryan Reynolds thriller ‘Safe House.’ That movie was a taut, kinetic action film that got a lot of mileage out of the tension between its two lead characters’ differing worldviews, contrasting Reynolds’ idealism with Washington’s manipulative cynicism. A similar conflict emerges in ‘Designated Survivor,’ but it’s more complex and spread among a greater number of characters; the extended running time and ensemble format of episodic television allows Guggenheim to adopt a less binary approach here than in ‘Safe House,’ exploring not just the opposite ends of the idealism-cynicism spectrum but all the gradations between.” 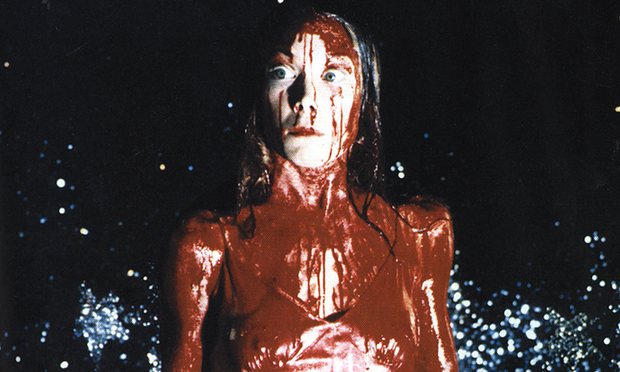 "'Carrie' at 40: why the horror genre remains important for women": Essential commentary from The Guardian's Noah Berlatsky.

“Despite the misogyny many see in the genre, horror films themselves have always had a substantial female fanbase. Shelley Stamp, a film professor at University of California, Santa Cruz, says that horror films were marketed to women as early as the 1930s and 1940s. ‘I started going to horror films when I was a teenager in the 1970s,’ she added, ‘and I was certainly never the only young woman in the audience.’ Today, women continue to be a major part of, and often the majority in, horror movie audiences. In 2013, the hit ‘The Conjuring’ had an audience composed of 53% women; ‘The Purge’ had an audience of 56% women. Mama was 61% women. Even the ‘Texas Chainsaw Massacre’ remake showed to an audience that was less than half men. If horror films are so misogynist, why do they seem to have such an appeal for women? For one thing, as Roxanne Benjamin, co-director of indie horror film ‘Southbound,’ explains, not all horror films are the same. ‘It depends on the film and the film-maker and point of view,’ she says. Any kind of film can be misogynist, she added. Thus, Biller, who dislikes the misogyny of slashers, is an enthusiastic fan of ‘Carrie,’ which, she says, ‘is a movie that is intensely psychological and is full of truths about human nature and feminine power.’ For some critics, ‘Carrie’ may be monstrous, but that monstrosity can also be seen as a feminine agency rare in films.” 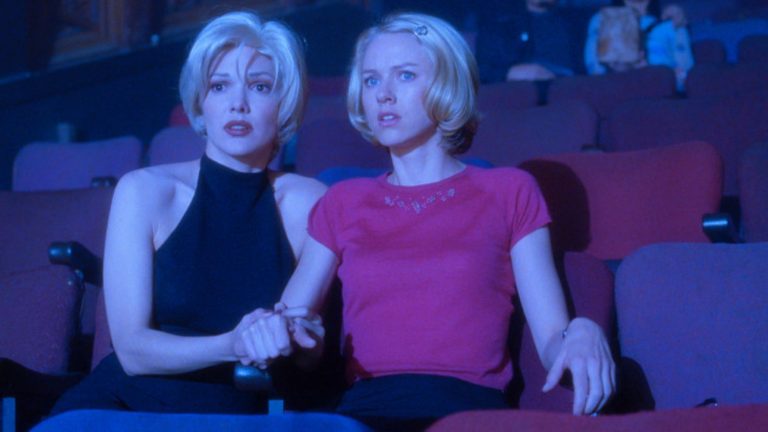 "The Creatures: Lynchian Women and 'Mulholland Drive'": A great essay from the great Sara Freeman at Fandor.

“There’s a tremendous amount of violence against women in David Lynch’s movies—violence that’s both self-inflicted and inflicted by various male characters. Lynch’s violence is palpable. It’s not easy, or sexy in the least, to watch the beautiful, hurting Dorothy Vallens walk down the street buck naked after being driven mad by Frank Booth (Dennis Hopper). It hurts like hell to see rape survivor Lula coerced into asking Bobby Peru (Willem Dafoe) for sex in ‘Wild at Heart,’ only to have him refuse at the last second, making her feel simultaneously guilty, rejected, and traumatized for desiring what she didn’t actually want. It’s even more difficult to see Laura Palmer grapple with her demons, looking for help from every Tom, Dick, and Harry who will fuck her or buy her drugs. Turns out they’re all only interested in possessing her and keeping her for themselves. ‘Nightmarish’ is what people often call Lynch’s movies, aptly enough. His very realistic nightmares are almost wholly feminine in nature. Anti-Woody Allen, Lynch’s womanly nightmares are what happens when you can’t afford to leave your abusive boyfriend, go to therapy, or get yourself out of trouble when the time comes. They’re the nightmares you’re stuck with for life because you weren’t born on the right side of the tracks or, God forbid, are a woman who enjoys bodily pleasures a little too much.” 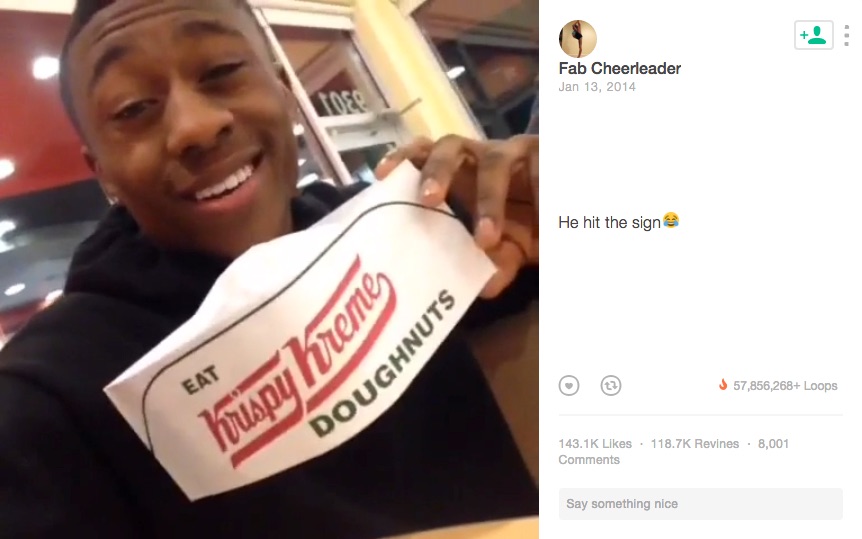 "Vine and the New Gatekeepers of Self-Expression": Another fine article from The New Yorker's Hua Hsu.

“Twitter’s decision to shutter Vine seems to have resulted from a handful of factors. While Vine has produced a small universe of stars, they’re primarily people who use it as a springboard to work elsewhere. Twitter has also had a challenging time monetizing Vine’s young, amateur user base; similar video-sharing applications, especially Instagram and Snapchat, have been much shrewder at forging alliances with corporations and advertisers. And Vine’s popularity among basketball and soccer fans as a sort of crowdsourced instant-highlight reel certainly didn’t help either. Twitter’s over-all growth has plateaued, and attempts to find a prospective buyer have been unsuccessful. The Internet is a space where we’ve grown accustomed to the lightning rhythms of coming and going, of course. But it’s easy to forget that so many of the basic pieces of today’s culture were the result of accidents, of people messing around with platforms such as Vine, which was ostensibly supposed to be Instagram with moving pictures, and instead inventing a new, strange, and sometimes indecipherable aesthetic language. Vine’s end isn’t just about losing data; it’s about losing a vernacular, a mode of self-expression.” 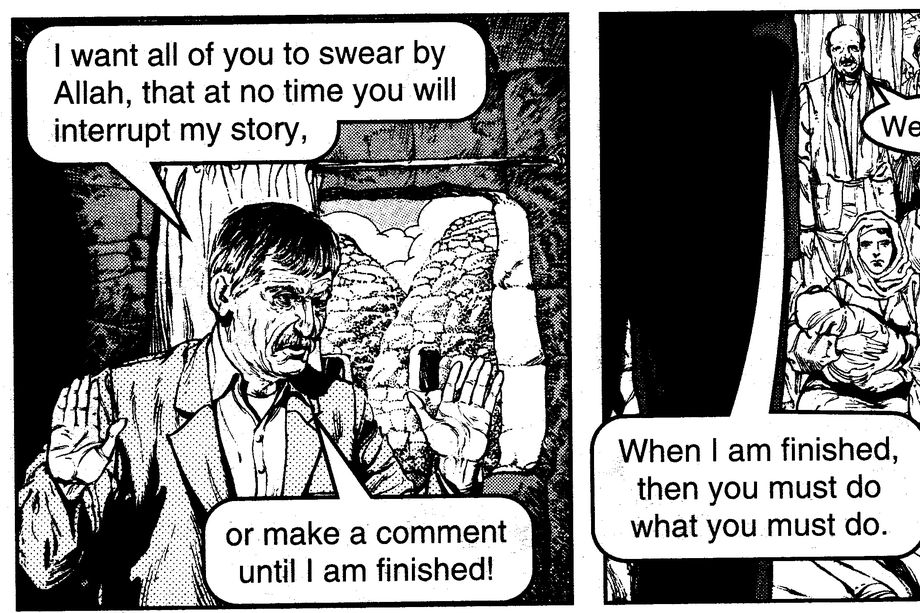 This classic scene from "The Philadelphia Story" is included in Dan Nosowitz's article on "How A Fake British Accent Took Hollywood By Storm" at Atlas Obscura.