“Ruben Östlund’s ‘Force Majeure’ opens with a family posing for an offscreen photographer. They’re staggered in classical fashion — dad, mum, daughter and son — against the backdrop of the Alpine ski chalet where they’ve gone on vacation. Over the course of a single shot, a disembodied voice directs the family into a series of nuclear tableaux; it is just distended enough to do that wonderful thing that opening shots do sometimes, which is to function as an abstract of an entire film. Everything you need to know about this movie is laid out at once: theme, form, tone, principal cast — everything is there but Vivaldi. Not to fear, however — the Italian composer comes on in full force moments later, as a montage of the French Alps unfurls to the climactic strains of his Concerto No. 2 in G Minor. As controlled avalanches cascade across the screen, the final movement of ‘L’estate’ resounds in all its baroque glory. I spent some time thinking about this music after watching the film. The movement in question is intended to evoke a summer storm, and on its own terms it does just that. But is it the decades of cinematic appropriation that have left it fraught with irony? Those opening measures are as difficult to take seriously in a movie as they are to misuse: they lend themselves naturally to cinematic juxtaposition, and they also tell us exactly what to expect from the film at hand. Here, just as that opening shot did, they promise a comedy of social errors; they ensure the deconstruction of something rather grand.” 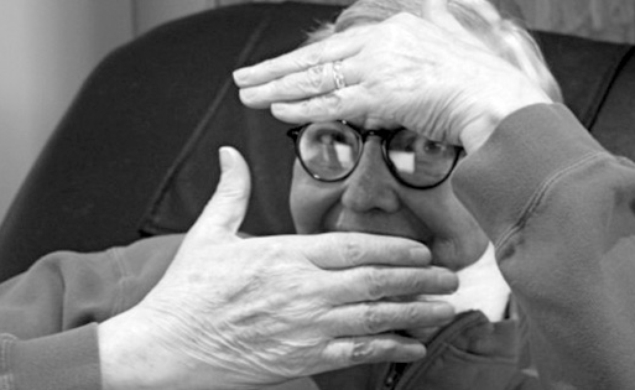 "The Last Great Movie I Saw: Rick Perlstein on 'Life Itself'": The author of "The Invisible Bridge: The Fall of Nixon and The Rise of Reagan" tells Keith Phipps of The Dissolve why he found Steve James's documentary on the life of Roger Ebert to be a profound moviegoing experience.

“I think, just on the level of content and story and message, I found it profound. The film includes this quote: ‘We are who we are: where we were born, who we were born as, how we were raised. We’re kind of stuck inside that person, and the purpose of civilization and growth is to be able to reach out and empathize a little bit with other people. And for me, the movies are like a machine that generates empathy.’ Which is amazing itself. I mean that’s what writing and reading is all about and what art is all about. It kind of speaks to his wisdom and generosity, but the whole film is a portrait of this guy, this man, Roger Ebert, and the wisdom he’s been able to achieve. It has this amazing sensibility that’s kind of marked out by that one quote, which is that some parts of our life are given, whether it’s your talents, your preferences, your proclivities, maybe even your ideological proclivities, your body, your parents, your upbringing, your health, and you can’t do anything about that other than make sense of it and accept it. And then some parts of our lives are chosen. In his case, whether to drink or whether not to drink. How to practice his citizenship and his craft. How to treat other people. ‘Life Itself’ is kind of about negotiating those two stark realities of human existence. I’ve never seen that expressed so effectively in a piece of art.” 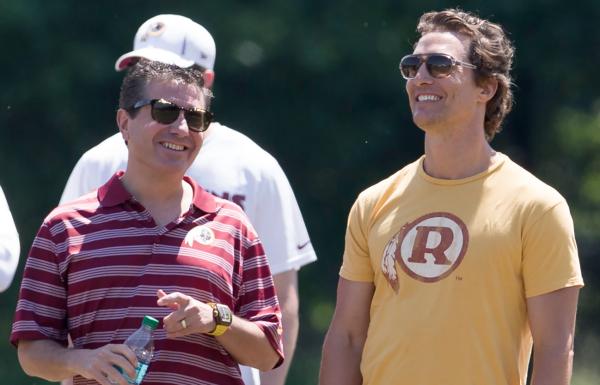 "Matthew McConaughey, You're All Wrong About the Redskins": In Indian Country Today Media Network, Jacqueline Keeler, founder of Eradicating Offensive Native Mascotry, responds to comments the actor made in his interview with GQ.

“Mr. McConaughey, I read your comments in the recent GQ interview, and what grabbed me was this observation you made: ‘What interests me is how quickly it got pushed into the social consciousness. We were all fine with it since the 1930s, and all of a sudden we go, ‘No, gotta change it’?’ Indeed what did happen? I can tell you, Mr. McConaughey, it is that Native people are using social media and the result has been magical. Hashtaggery some call it, but it’s what we do to be heard. In a concentrated burst Native people have been working together to trend hashtags like #NotYourMascot nationally. The group I founded, Eradicating Offensive Native Mascotry exists as a grassroots, Native social media collective. Together we get Native people from across the country and even Canada tweeting a hashtag over four hours in one night in order to get it to trend. We call these Twitterstorms. Poetic, I guess, and if you want to mine commonly held imagery of Native people just think of  a Thunderbird or a coming storm seen high over prairie releasing its burst in one large downpour. That’s us and in one night we can average 18,000 tweets and reach over 17 million timelines. And a lot of it is educational in nature, about actual Native lives versus stereotypes like the ones the Redsk*ns promotes.” 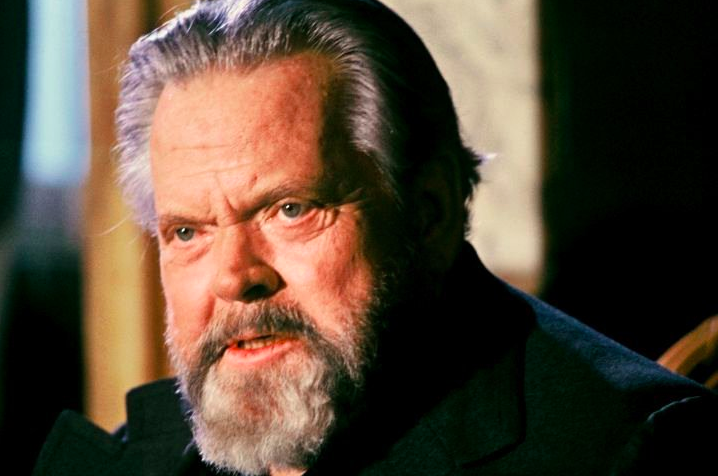 "Beatrice Welles on Completing 'The Other Side of the Wind'": The iconic director's youngest daughter tells Ray Kelly of Wellesnet about completing her father's final film, left incomplete in the 1970s.

“My work for my father is – and always has been – to do what he would have wanted. Not what I would have wanted but what he would have wanted. His heart was broken numerous times by studios and individuals taking away or changing his films. So how could this be all right after his death? It was the same cycle all over again. Look at what happened with ‘The Magnificent Ambersons’ and ‘Touch of Evil.’ It really broke his heart. We all know he made his movies in the editing room – he said so himself publicly many times. It seemed a travesty to me to allow the same thing to happen with ‘Wind.’ […] From my perspective for the past 29 years, I protected ‘Wind,’ like a lioness protects her cubs, as I have tried with everything else.” 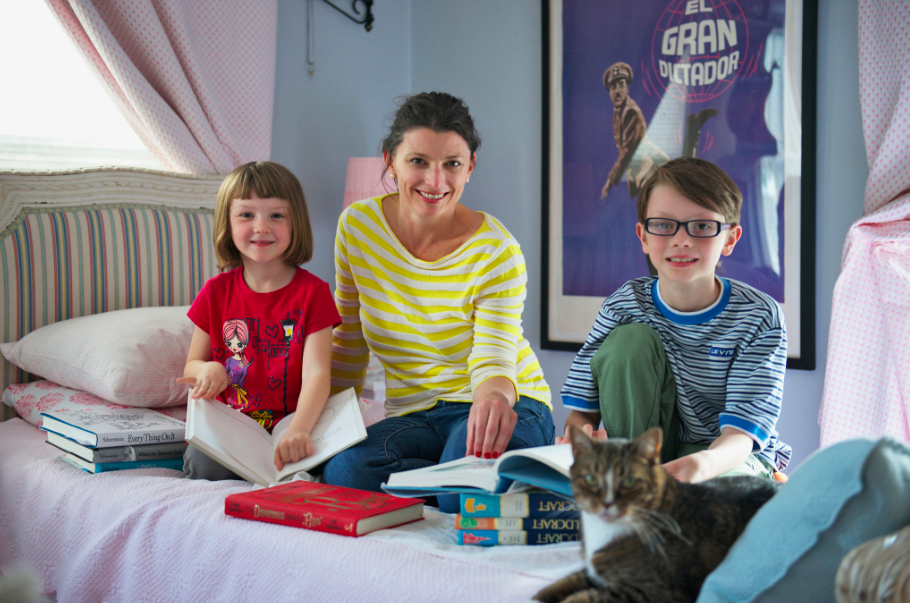 "Strutting and Fretting Offstage": "The Wire" star Brandy Burre tells Lauren Sandler of The New York Times about coming out of retirement to make a film about herself.

“Ms. Burre, 40, is now a single mother with two children: Henry, 8, and Stella, 4. And the alternative life she has made for herself here is the subject of ‘Actress,’ a new documentary directed by Robert Greene, her neighbor. The film, which is being released next month, looks at the unanticipated costs of opting out of the marketplace for the dream of artisanal parenthood: loss of creative outlets, financial independence, romance. Or as Ms. Burre puts it bluntly in the film, ‘Disenfranchisement from my own life.’ One morning last month, Ms. Burre sat at the kitchen table in her 1860 house at the foot of Mount Beacon and tried to explain just how she got here. Midway through her story, Mr. Greene, 38, joined in, letting himself into Ms. Burre’s house as he often does. ‘This is the set of the movie,’ he said, holding a mug of tea he had brought over with him and surveying the kitchen with its vintage dishware and curtains stitched from tea towels.” 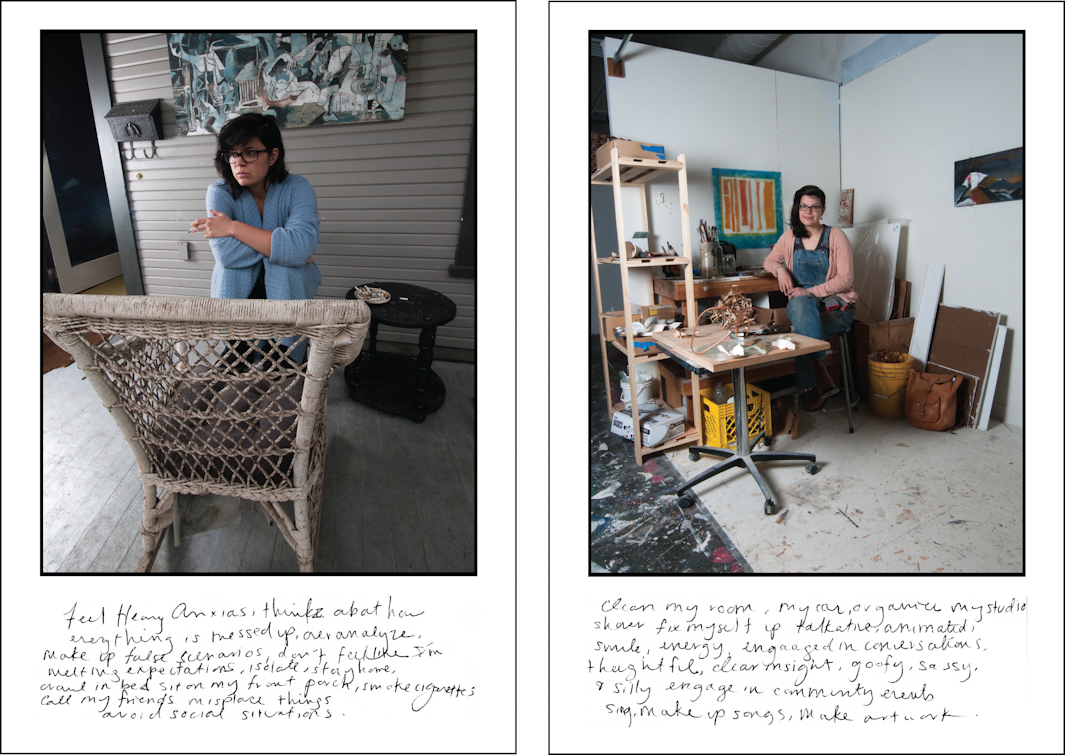 The fabulous Jenny Slate, star of "Obvious Child," tells Vanity Fair how she's "not allowed to use her Marcel the Shell voice during 'romantic encounters.'"