"Michael Mann's 'The Last of the Mohicans'": In the Library of America's inaugural installment of "The Moviegoer," a new web feature devoted to great movies inspired by classic American writing, Michael Sragow analyzes the 1992 drama starring Daniel Day-Lewis.

“Shot in the Blue Ridge Mountains in 1991, Michael Mann’s inspired reimagining of James Fenimore Cooper’s The Last of the Mohicans is one of the last of its tribe—an analog action saga with a surge of epic feeling. Set in upstate New York in 1757, at the height of the French and Indian War, this movie immerses audiences in dense old-growth forests, tumbling unspoiled rivers, caverns sprayed with mist and streaked with fire, and gusts of mountain air. Its hero, Hawkeye, played by Daniel Day-Lewis, is man, not superman. A settlers’ child who was orphaned, left with trappers, then brought up as an Indian, he hones and balances his senses to a tomahawk’s edge. His heroic feats are earthly, not otherworldly, whether he’s decimating Huron war parties with bladed weapons or using his long rifle to pick off potential killers of a British messenger. When Hawkeye loads his firearm with black powder while racing through battlefields, Day-Lewis—not some computer avatar—is doing those things simultaneously. Day-Lewis won international renown as the witty, seductive hero of ‘The Unbearable Lightness of Being’ (1988) and earned an Oscar for his impassioned Christy Brown in ‘My Left Foot’ (1989). He proves himself to be a knockout man of action in a film that became a critical and popular hit here and abroad and seduced even some scholars who bewailed its divergence from Cooper’s novel, beginning with Hawkeye’s movie name, Nathaniel Poe. (In Cooper, he’s Natty Bumppo.) This roughhewn master of survival now talks and moves with offhand elegance and ardor as he guides the two Munro sisters, Alice (Jodhi May) and Cora (Madeleine Stowe), through the enchanting and bloody mysteries of the Upper Hudson Valley wilderness, where a cougar casually peers out from the underbrush, and vicious assassins lie in wait. (Hawkeye’s name now fittingly recalls two gothic masters, Nathaniel Hawthorne and Edgar Allan Poe.)” 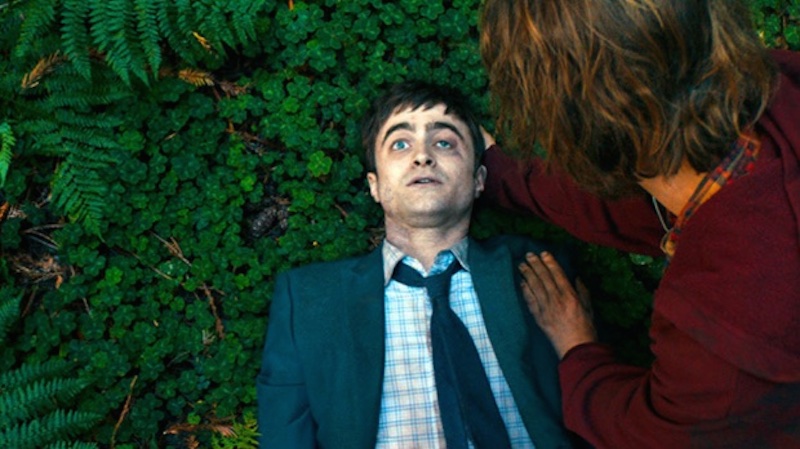 “The headline doesn’t lie. ‘Swiss Army Man’ does indeed feature Daniel Radcliffe as a corpse. And yes, he does spend a good portion of the film farting. In fact, in the film’s first four minutes alone, Paul Dano rides Radcliffe’s corpse across the ocean like a jet ski, propelled only by the force of Radcliffe’s flatulence. From there, the movie only gets weirder, bolder and more unrelenting in its embrace of potty humor. To be honest, I really enjoyed it. ‘Swiss Army Man’ is far from a perfect film, but it’s packed with enough passion, imagination and originality to set it apart from the vast majority of feature debuts. But there’s something more important to highlight here, something that’s been missed in the conversation: the fact that this film even exists is in itself a massive triumph. It’s almost inconceivable that an American debut this defiantly odd — one clearly conceived as a challenge to notions of ‘good taste’ — could be produced at this budget-level, with this cast, in 2016. Perhaps a decade ago the concept of a young American director (or, in this case, directors) being given the opportunity to experiment with an inherently uncommercial premise at this scale was common. These days, it’s almost unfathomable.” 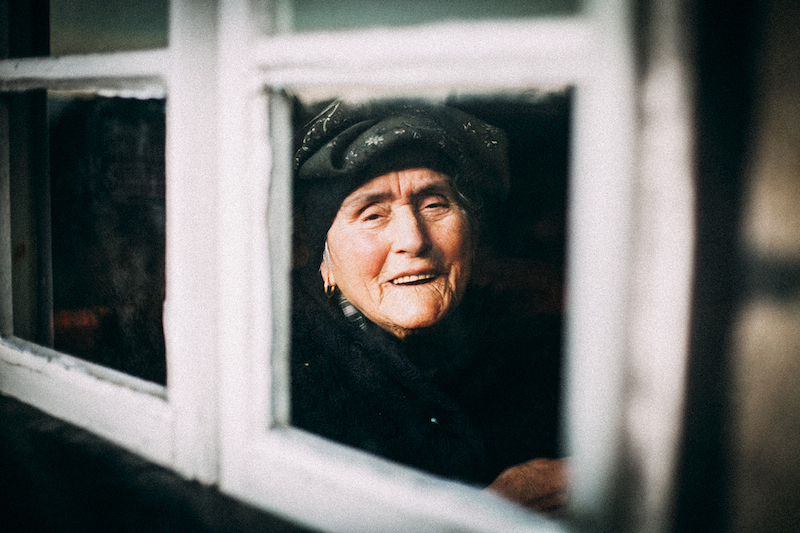 "An Unrecognizable Age: The Most Recalcitrant 'Ism' of All": Marvelous commentary from On Being's Jane Gross.

“Norman Lear gave America its most beloved bigot, Archie Bunker, more than four decades ago in ‘All in the Family.’ Yes, the subversive Mr. Lear, now 93, had some push-back from the networks, but that was all forgotten when the CBS show sat atop the Nielsen ratings from 1971 to 1976 and the Bunkers’ living room chairs were enshrined in the Smithsonian Museum. Mr. Lear would follow that triumph with ‘The Jeffersons,’ ‘Sanford and Son,’ and ‘Maude,’ to name a few of his programs that were watched by 120 million people a week at their peak — all educating the nation, with belly laughs, about sexism, racism, and other deep-seated biases. But now, it seems, Mr. Lear has met his match with the most recalcitrant ‘ism’ of all: ageism. Which is surely relevant with the first of the 76.4 million Baby Boomers turning 70 this month. I, as a second-year boomer, take Mr. Lear’s five-year struggle to sell a script for a sit-com called ‘Guess Who Died?’ very personally. The title comes from a refrain among people of a certain age as they read the morning obituaries. At 68, I’m one of them. And lately, in the space of a week, there have been a succession of dead people, famous and not, who are too close to my age for comfort. David Bowie at 69. Glenn Frey at 67. Alan Rickman at 69. A former New York Times colleague at 66. The daily stream of people known and unknown lost to cancer or taking their own lives in their 50s and 60s. The Facebook friends whose pages outlived them.” 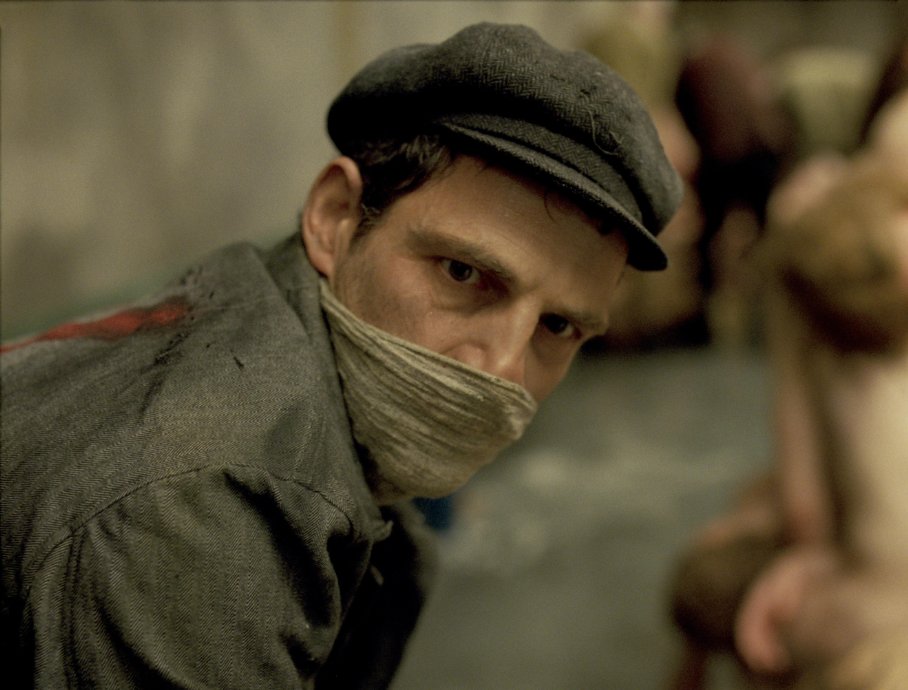 "László Nemes and Géza Röhrig on 'Son of Saul'": The director and actor chat with me at Indie Outlook about their Oscar-nominated masterpiece.

“[Indie Outlook:] ‘Regardless of whether or not the boy is Saul’s son, it might as well be.’ [Röhrig:] ‘It makes no difference, the point is that it’s another human being. You don’t have to further qualify how they relate to each other. We are living in a world that views everything through the sense of practicality. If something can be cheaper, if something can be faster, then it leaves any other alternatives out of the question. Saul’s behavior is impractical in the sense that it doesn’t serve any immediate social end. What difference does it make to bury this boy as opposed to the other 100 who were killed on the same day? The postmodern mind believes that if something can be done but it doesn’t have a clear-cut positive effect right away, then it seems silly or old school. Why are you writing a letter by hand when you can write an e-mail? It’s faster, it’s cheaper, there are no trees being killed because of your silly need for paper. This mentality creates a very disenchanted life when everything is being judged by its practicality in very fascistic ways. Art is utterly impractical and yet it is the most practical thing in the world because there is no society that can live without it. It does serve a very core human need. Part of the beauty of Saul’s behavior is that it flies in the face of the zeitgeist or the spirit of the age, which is all about focusing solely on taking care of ourselves and fighting for our own interests. What he’s doing is aiming for something higher. He says that life is about more than survival, and that’s beautiful. I think he is God’s last witness. The most hopeful thing about the film is that even in a situation as dark as the one depicted, there can still be people like Saul.’” 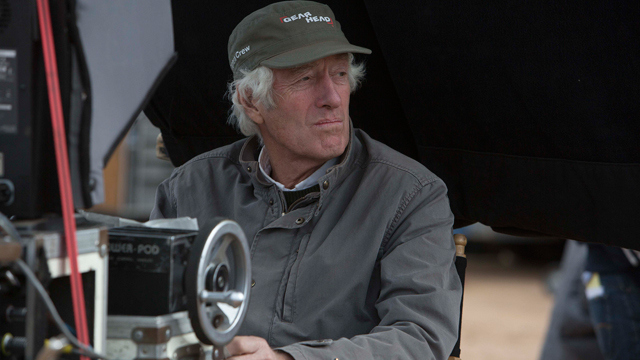 "Roger Deakins on 'Hail, Caesar!,' Old Hollywood and Going Back to Celluloid": In conversation with Variety's Kristopher Tapley.

“[Tapley:] ‘Frances McDormand makes a cameo as a film editor working feverishly at her Moviola. It’s a hilarious scene for the content, but also interesting to see that attention paid to the process of making a movie. Is that fun for you as an artisan, to shoot a scene that gets into the nuts and bolts of filmmaking like that?’ [Deakins:] ‘Yeah she’s so over the top in a really good way. And I mean, that was fun. I think it was hard for them to find the actual machinery. I mean it’s so sad there’s not much left. You would think there would be more Moviolas in particular. And then we had to adapt it to what we were doing and stuff. Yeah it was kind of fun. The most fun was really shooting at Warners on the back lot between the stages. And to get those wide shots of Josh [Brolin] — Eddie Mannix — walking through the studio in the mornings and stuff, those empty, wide shots. It was quite amazing. They cleaned out the aisles between the stages for us. We blocked it out where exactly we wanted to shoot and they took out all the campers and the generators and the cabling so we had these very clean looking avenues of stages. It was pretty much as it would have been.’” 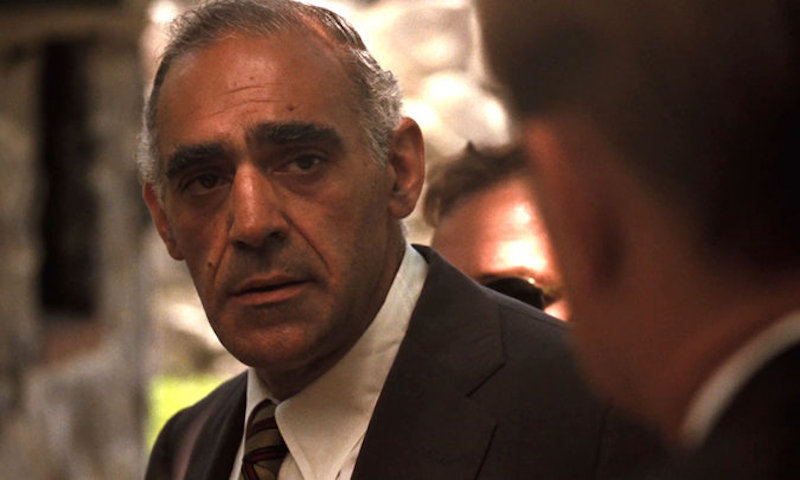 Beloved character actor Abe Vigoda, who passed away yesterday at age 94, is eulogized by Stuart Lavietes of The New York Times.

Honorable Mentions and the 20 #BestFilmsOf2015 from Nelson Carvajal on Vimeo.

Nelson Carvajal presents his Top 20 Films of 2015 at his Free Cinema Now blog.