"The Danish Girl," "The New Girlfriend" and Why Tone Matters More than Empathy

“The Danish Girl” is the latest middling biopic that would rather tell a story tastefully than tell it well. If the best movies have the ability to put us in someone else’s headspace, a process that can be messy and even uncomfortable, then “The Danish Girl” has the depth and curiosity we might find at a stiff dinner party. Directed by Tom Hooper and starring Eddie Redmayne, the film is about a painter in Copenhagen in the 1920s who starts wearing women’s clothing, and ultimately becomes one the first recipients of a sex change operation. This material had the potential to be pioneering, especially now that the transgender community is carving out its place in popular culture, except Hooper and Redmayne have little desire to grapple with gender identity.

Another recent film follows the story of “The Danish Girl” closely, but it has temerity to create a deeper connection with its hero. Directed by François Ozon, the French film “The New Girlfriend” mixes a romance with satirical and thriller elements in order to conjure the mental space of its hero. Hooper and Ozon’s films create an intriguing comparison, and suggest that sometimes tone matters more than empathy.

Copenhagen and contemporary Paris could not be further apart, and yet the opening acts of the films are strikingly similar. “The Danish Girl” opens with Einar (Redmayne) and his wife Gerda (Alicia Vikander) living an ideal, cosmopolitan life, and Einar’s transformation into Lili almost happens by accident. Gerda is a painter, too, and she has Einar pose with a skirt so she can finish a portrait. Later, a friend comes up with the name “Lili” and the new secret becomes powerful yearning. Like “The Danish Girl,” “The New Girlfriend” is told from the perspective of a woman who observes the transition in someone else. Anaïs Demoustier stars as Claire, a woman who has deep concern over David (Romain Duris) after his wife—and Claire’s best friend—dies suddenly. Visiting his home one afternoon, Claire sees David in women’s clothing. Soon David starts living as Virginia, her secret known only to Claire, and their relationship grows more intense, and more sexual. 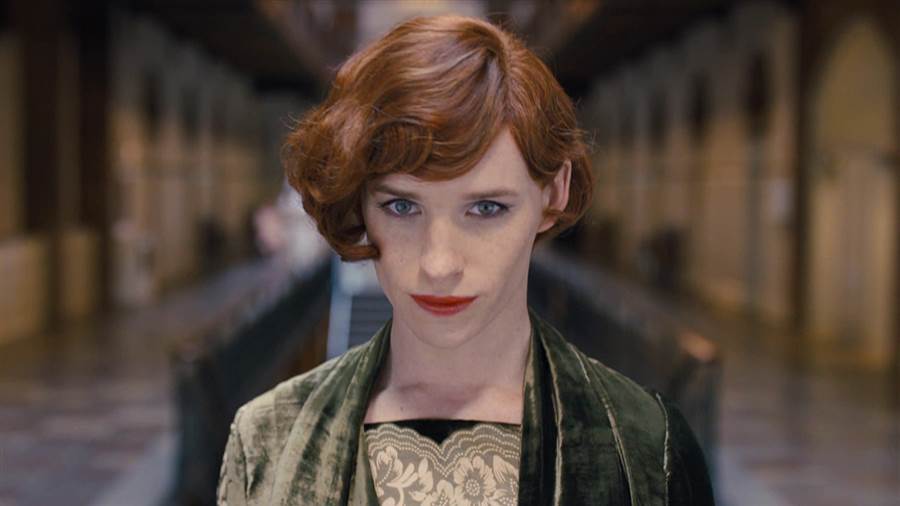 Both “The Danish Girl” and “The New Girlfriend” are about smart, curious women who must reconcile their affections with their own sense of womanhood. They welcome Lili and Virginia, to a point, and then come to a crisis where they must deal with the consequences of these new identities. The key difference between the two films, interestingly, is how they depict sexuality. While “The Danish Girl” opens with a sexually active couple, Gerda and Lili are more platonic. Hooper frames Gerda and Lily as observers: there is a long sequence where Lili stares at her naked body, and considers the possibilities of biological transformation. In “The New Girlfriend,” Claire is more of an active participant in Virginia’s life. Instead of a languid moment where Virginia admires herself, there is a lengthy sex scene where both she and Claire deal with the regret and attraction that defines their relationship. Tense and erotic, Ozon raises the stakes of his film by realizing that sexuality never exists in a vacuum, and discovering another’s body can be awkwardly funny.

The crucial misstep, the thing that ultimately undermines “The Danish Girl,” is how Hooper and screenwriter Lucinda Coxon view their drama through a modern prism. Lili has the luxury to fully understand what she’s feeling, even though medicine and psychology did not understand it at the time. Hooper’s direction also undermines his attempt at empathy: he makes bizarre framing choices—including shots dominated by negative space—and edits that make light of Lili’s struggle. There is a cut between Lili’s body and Gerda slicing a carrot, and the association is cringe-worthy because Hooper opts for a cheap gag. Ozon, on the other hand, films “The New Girlfriend” like a thriller, with an inexorable build-up of tension. He creates a situation where living as a woman is Virginia’s only option; in a bravado sequence, Virginia attends a drag revue and the empowered performers awaken the options in her mind. The revue leads to a strange climax, with Virginia defiantly shouting, “I am woman!” with a mix of anger and high camp. “The New Girlfriend” earns its joke because it lands on a courageous note. 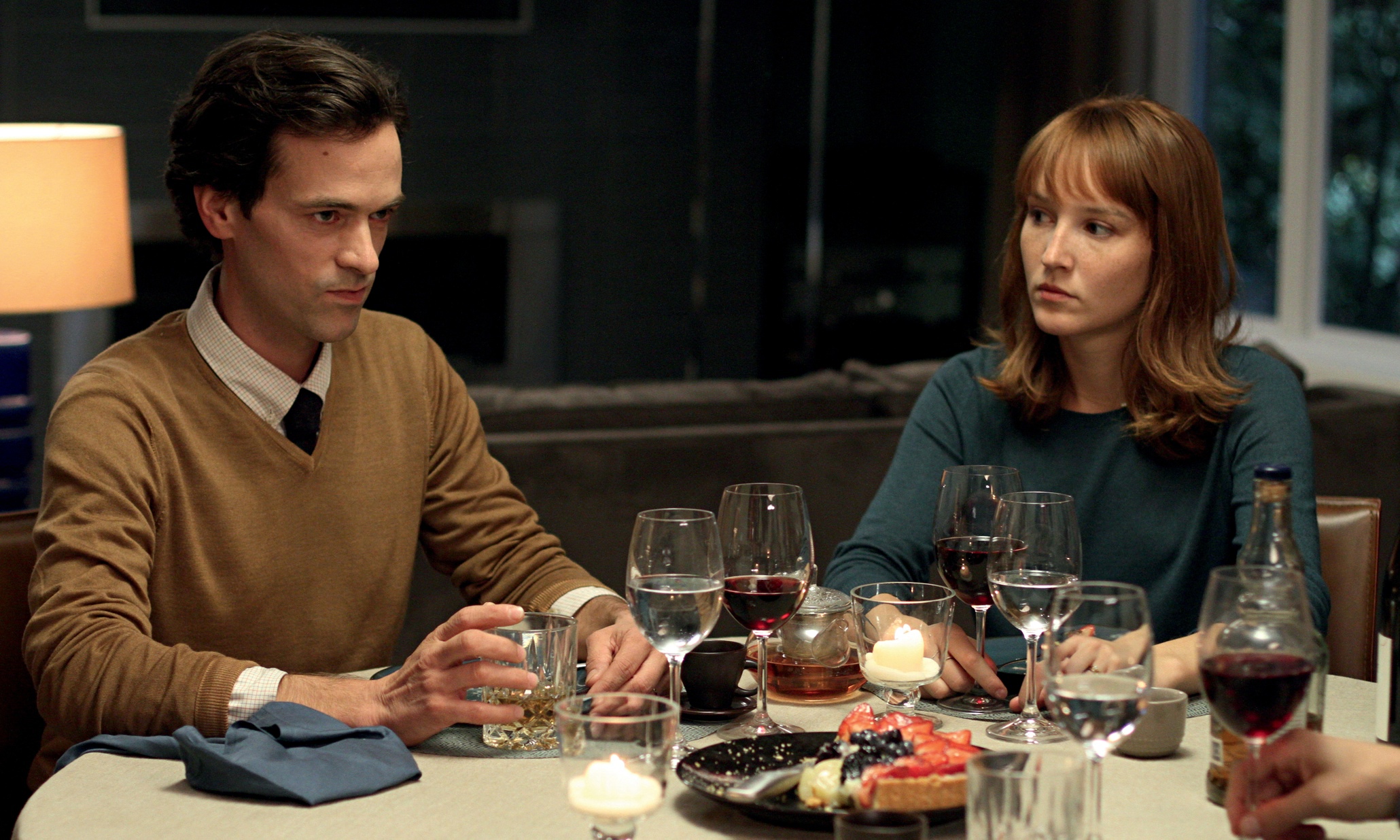 Duris and Redmayne have similar builds—slim, with high cheek bones—and share the acting challenges of playing characters who must learn to be feminine. Redmayne presents Einar/Lili as someone who is delicate and confused, whispering his lines until we worry about Lili above anything else. It is a bloodless performance, one made more acute by Vikander, who gives “The Danish Girl” all of its passion and verve. As David/Virginia, Duris is more compelling because defiance ultimately defines his role. It also requires more depth, since Virginia has a child and must reconcile her new gender identity with parenthood. Demoustier and Duris have surprising chemistry—we want them together long before they do—while Vikander and Redmayne seem like they are acting next to each other, not with each other.

Over the past couple years, transgender people have had considerably more representation in film and television. In addition to the above two films, the comedy “Tangerine” stars transgender actors Kiki Rodriguez and Mya Taylor, while Laverne Cox steals the show in “Orange is the New Black” and with her minor role in “Grandma.” Still, the most high-profile example is “Transparent,” the terrific Amazon TV series starring Jeffrey Tambor as a transgender woman whose family is dysfunctional in a specific, Jewish way. What unites these films with “The New Girlfriend” is a sense of respect—the characters are never condescended to—and drama that challenges/reinforces their identities. “The Danish Girl,” on the other hand, is so delicate and inoffensive that it does a disservice to Lili’s struggle: she was a real person, after all, and we do not much get a sense of her so much as we get a sense of how far we’ve come since the twenties. When they’re done well, period films can function almost like a time machine. When they’re not so successful like “The Danish Girl,” they instead feel like an elaborate, unnecessary pageant.