Short Films in Focus: "The OceanMaker"

“The OceanMaker” is like a summer blockbuster in miniature. It accomplishes in 10 minutes what many bloated, over-blown franchise installments cannot accomplish in 2-hours-plus. It creates its own world, puts the viewer in the cockpit along with the main character (who never says a word) and gives a clear sense of everything at stake. It plays with the action movie sub-genre of the Loner in a Desolate Wasteland and follows it through with the kind of emotional climax George Miller went for with “Mad Max: Fury Road.” It does all this under the conviction of an environmental message about water preservation (a portion of the proceeds for the film goes to EarthDay Network 2015 as part of The Canopy Project, in which every purchase will help plant a tree), but it does not preach or beat anyone over the head with an agenda.

The story centers on Katrina, a lone fighter pilot who flies over the baron wasteland of what used to be an ocean. A lighthouse stands among submarines and freighters stuck in sand, the sun beating down on them mercilessly and with only a couple clouds in the sky. It appears that rain has not fallen in quite some time, but Katrina has created a machine that could get a rain shower going again. All she needs is a cloud to fly over. She flips a few switches, drops some yellow dye onto a cloud and suddenly, rain falls. Of course, it can’t be that simple, as there are many cloud thieves out there who try to siphon water from what few clouds currently exist (presumably to monetize it somehow). Aerial dogfights ensue between Katrina and the water bandits over who will get control of the clouds.

The dogfight scenes carry a thrill to them that evoke Steven Spielberg at the height of his abilities as a visual storyteller. Aside from a cheer, “The OceanMaker” has not one single line of dialogue. It lets the emotions expressed on Katrina’s face tell the bigger story while also perfectly underscoring the importance of the events through action. Writer-Director Lucas Martell and his team of animators and editors have clearly studied the best action sequences in order to give a the viewer a perfectly realized geography of the dogfights. The photorealistic animation gives the film a beautiful, tangible quality (when I first saw the film, I had no idea it was animated until I saw Katrina’s face). Martell also deserves special props for hiring a full orchestra to perform the score instead of hiring one person to compose it digitally, a rare feat for a short film.

“The OceanMaker” makes for a great summertime diversion and a welcome relief for those of us who curate short films for festivals and who rarely ever get to see a full-blown action movie interrupt the steady stream of coming-of-age films and dark, personal tales of woe. I also highly recommend Martell’s earlier short film, the hilarious (and also wordless) “Pigeon: Impossible,” which was written about  a few years ago on this very site. 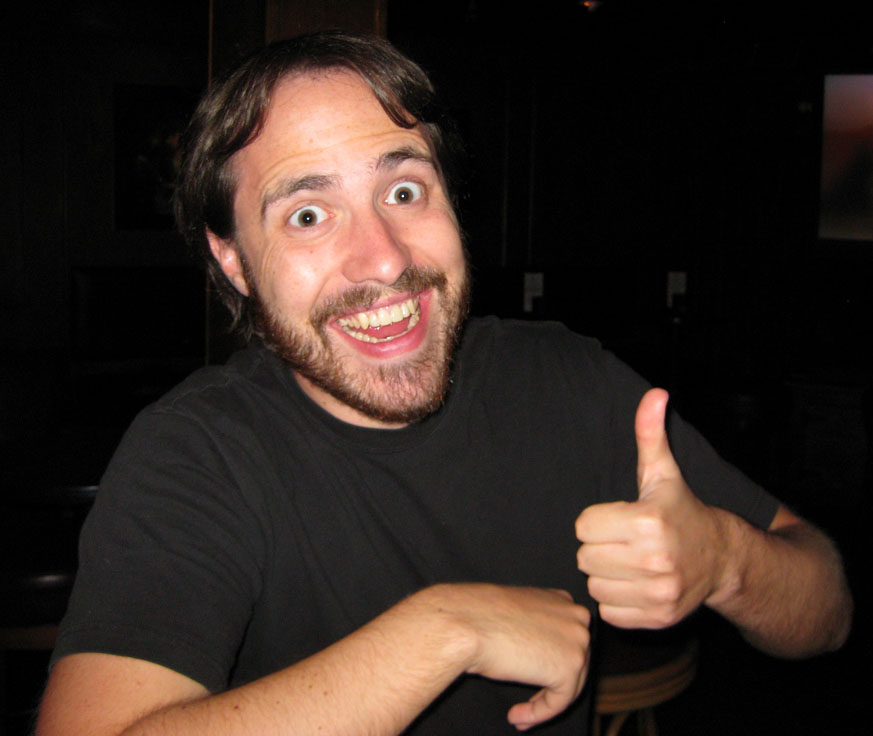 How did this idea come about?

Spoiler alert! Towards the end of the film is a shot with the two planes flying straight at each other with the cloud in the middle. I had that visual in my head for years and always thought it was the climax to a great story, but I never knew what the rest of the story was. One day I was playing around with the idea and thought that perhaps the planes were fighting over the cloud… the idea of the world without water and cloud harvesting came from that one image in order to support this notion of a world where clouds are worth fighting for.

In one of your production videos, you said you had to bribe a bunch of animators to come out to the Caribbean to work on the film. Why the Caribbean? How long did production last?

There were 8 of us on Caye Caulker in Belize for a month and a half. Animation can be done anywhere, but I kept noticing that most of the life of a professional animator is spent in windowless rooms in big cities. I knew that I wanted a dedicated team of professionals working full-time on the project, not piecemeal like most indie animated short films get made. We quickly realized that we didn’t have enough to pay everyone their proper professional rates, but moving the production to a tropical island turned the production from a job into an amazing life experience that was too good to pass up. Ultimately we finished about half of the film in Belize, which is insanely fast for something this ambitious. The rest of it was done a little more piecemeal over the following year, but the real groundwork was all laid on the island during that artist retreat.

Talk a little about photo-realistic animation versus traditional animation. Is the process harder, easier or about the same?

It’s not necessarily harder, it’s just different. The decision to go more photorealistic was primarily a creative one. We wanted the environment to feel tactile and harsh, and a more photorealistic look really created that tone we were after. You’ll also notice that we chose to make the characters geometrically stylized, but with very realistic skin and surface details. That helped fit them into this realistic world, but also gave us more range for the animators to work with and helped avoid the uncanny valley. (that’s a wikipedia link)

You went above and beyond what most filmmakers would do for a short film with regards to the music by hiring a full orchestra rather than doing everything digitally. Why was having that organic sound so important to you?

Without dialogue, the music is really the narrator of the film, and even in the first draft of the script I envisioned the last half of the movie being nothing but music… not even sound effects. Because it was so exposed, we knew that we had to knock it out of the park. Plus, I was a music major (saxophone) in college, so music is something I lean very heavily on as a storyteller. The composer Chris Reyman is a former roommate of mine who has scored all of my projects, and we agreed that doing the score digitally would really limit the range of what he could write. Fortunately we’ve got a lot of very good musician friends, so between ourselves and our music supervisor Shelly Eager we were able to pull some favors to make it happen with real musicians.

I saw this film before I saw Mad Max: Fury Road and the comparisons now seem inevitable with the world you created and the idea of the hero being female, which for a time was atypical for this genre. What did you think of George Miller's Mad Max films (if you've seen them) and is there a direct influence here? Or perhaps another action director?

I LOVE "Fury Road" and the originals were definitely a stylistic influence, especially for that “junk-punk” aesthetic. We started the project in 2012 and started playing film festivals in 2014, so "Fury Road" wasn’t even announced until we were well into production. The one major difference was that we said from the beginning that we wanted to do a post-apocalyptic film about hope. It’s still a little bit dark, but unlike most films in the genre, it’s not about survival. It’s about trying to fix this enormous problem that seems insurmountable. With all the environmental issues we’re facing, it’s very relevant, yet still tells that story in a fun, action-filled way that doesn’t hit people over the head.

It was such a thrill to see this on the big screen at the Chicago Critics Film Festival. What has been the highlight(s) of your festival experience so far with this film?

The festivals have been great, especially the Chicago Critics Film Festival. Probably the biggest highlight for me was that we were invited to screen the film at Pixar. Showing it to many of the people who invented computer animation was a dream come true, and to see how they responded to the story was amazing.

There’s several projects in the hopper, but the most relevant one is a feature version of “The OceanMaker." I’ve already written a pretty detailed treatment that picks up where the short leaves off, following the little girl in the lighthouse who eventually becomes “The OceanMaker.” We’re just trying to put together the necessary pieces to make that happen.

The OceanMaker from Mighty Coconut on Vimeo.

After the seas have disappeared, a courageous pilot fights against vicious sky pirates for control of the last remaining source of water: the clouds.

The bulk of the film was made using nothing but laptops during a 7-week artist retreat on a small caribbean island. Be sure to check out our behind the scenes videos at the bottom of its Vimeo page.