If you stay through the closing credits of “War for the Planet of the Apes,” you will see a disclaimer at the very end telling the audience how many jobs the film created (hundreds) and how many hours had been worked in creating the film (thousands). Presumably, the people working those hours did so in service of the film’s astounding visual effects. We are now in the throes of the summer blockbuster season and each week we see a new film in which almost every shot is stuffed with complex visual effects. In the time it takes for a low-budget indie to start and complete production, a mega-budget blockbuster could end up spending the same amount of time and money rendering a single scene. This has become the new way of doing things and it will likely remain that way for some time, or at least until the business model of visual effects houses becomes too unsustainable and collapses.

Sohail Al-Jamea and Ali Rizvi’s short documentary “Hollywood’s Greatest Trick” takes a look at the state of visual effects companies in Hollywood and how they have been unfairly mistreated and exploited by the industry. Effects companies have to offer a low bid to a studio in order to compete with the low cost of sending the work overseas. A studio can hire an effects company to work on their latest franchise for a flat rate and then continually demand those companies work around the clock with very little money to divvy up for its workers, who often work 20-hour days. Because they don’t have a strong enough union in place and because there are more than enough eager college grads who will jump at the chance of working on the latest Michael Bay film, the industry is only too eager to exploit that for all its worth. Making a living as a hired hand gets even harder when you have a family or if you’re a woman with a baby on the way, which is why there are more men in the visual effects workforce than women.

The lack of recognition is what first drives Al-Jamea and Rizvi’s rather straightforward film, which is a rallying cry for those in the industry who have been sidelined. When Ang Lee’s effects team accepted the award for their work on “Life of Pi,” they were not only played off stage too early during the speech, but Lee himself never acknowledged the the hard work of the thousands of individuals who helped bring his film to life. To add insult to injury, the effects team who labored for years on Alfonso Cuaron’s “Gravity” had to watch as Sandra Bullock took home a $62 million paycheck (according to a source in the film) for her work, a good portion of which was actually animated. “Hollywood’s Greatest Trick” also looks at the mental and emotional toll the work takes on people who work these long hours for little pay and how it causes them to snap.

This is why the disclaimer at the end of “War for the Planet of the Apes” (and other films) should be noticed and applauded. Such a gesture probably won’t put more money in the hands of the workers, but it is at least one way to recognizing their work and not taking it for granted. “Hollywood’s Greatest Trick” should get the other conversation going, the one about compensation and a business model sorely in need of an overhaul. 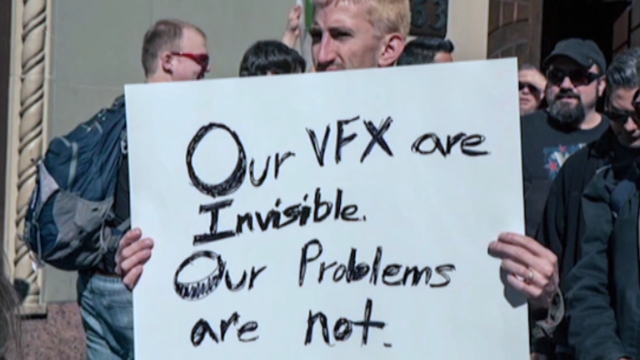 How did this project come about?

SOHAIL AL-JAMEA: The idea of the documentary was conceived between the 33rd - 34th hour of wrapping up a freelance animation project, which required a maniacal 38-hour work shift in a poorly ventilated small office in NYC back in the summer of 2005. After a two-year stint in the world of freelance of visual effects for commercials and film, I ultimately decided to hang up my VFX gloves because I felt the profession (as much as I loved it) was ultimately going to kill me. I’ve since migrated to creating animations for journalistic purposes, which was one of the best decisions I’ve ever made. As an animator and a journalist, I felt the time was right to put together this documentary to inform the public that being a visual effects artist is often not as glamorous as it may seem. I pitched the story to my brilliant editor Jon Forsythe, and he paired me up with Ali, a talented video journalist who had experienced similar heartaches in post-production to help tell this story.

ALI RIZVI: It was Sohail's original idea but for me, jumping into it was a no-brainer. I have a post production background and that industry has similar symptoms as the ones Sohail described with the VFX industry. I was more than happy to lend my visual story telling style for the story.

I’ve seen in a few films lately—"War for the Planet of the Apes" being one—where they end the movie with a message about how many people were employed to make the film and how many hours it took to make it. Do you think this has to do with the visual effects artists as a way of showing appreciation for their work?

SA: I have yet to see "War for the Planet of the Apes," but it is definitely on my queue! I guess my answer is maybe? I would bet my money that the film had some sort of disclaimer during the end credits indicating “no Chimpanzees, Bonobos, Gorillas, or Orangutans were harmed during the making of this film.” If the film had an additional disclaimer assuring viewers that “no Rotoscope Artists, Animators, Technical Directors, or Compositors were harmed during the making of this film” I'd be more impressed.

AR: This may sound pompous but I'd like to take credit for it. We know that the VFX community is disgruntled. We know that. And Sohail and I continue to get views and comments from people in the community from all over the world. People who enjoy great CGI, are actively appreciating the film and talking about it. On my last trip to suburban Houston, a friend was enthusiastically describing this great but "tragic" VFX doc he saw ... not knowing I had a hand in it. My point is, I feel like we've helped revive interest in the subject, and the people who have been the boldest voices on social media are VFX people.

Has there been any industry response to the film? Anything from the big studios?

SA: I feel the film has been received positively from folks in the industry. I can't tell you how many Tweets I've seen from artists sharing the film stating things like "(sigh!) I've been pixel-f***ed dozens of times." “Crickets” from the big studios.

AR: Sohail’s been receiving most of the emails as far as VFX industry responses go. As far as Hollywood in general? I'll tell you this much, we did our best to email and reach out to as many executives at the big six. No one responded, and one’s PR people gave us some hope before ultimately shutting us out. But right after we released the film on McClatchy Papers' sites online, I received a ton of anonymous views on my LinkedIn profile from "high level managers in the film industry from the LA area." That's as far as LinkedIn specifies them. I can't imagine who it could be though. 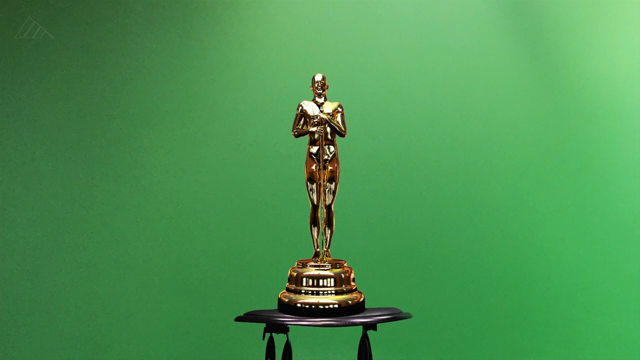 Has this film changed the way you watch big visual effects films? In what way?

SA: I now force myself to sit through the end credits of every big visual effects film and acknowledge the countless artists and technicians who were involved in making the film ... or maybe I’ve come to expect Easter eggs after the credits, and that's why I’m sticking around. I haven’t figured it out yet, but I guess the former seems more honorable.

AR: It’s really brought a better sense of appreciation of the wizardry, but more so it makes me wonder the time and effort behind the art. I often end up thinking about all the pixel f***ing that went on, and the sh-- people had to put up with, bringing this to fruition.

SA: I’m excited about my continuing role at the McCatchy Video Lab. We are doing some cutting-edge stuff in exploring innovative ways of video storytelling utilizing cool technology, including virtual reality, augmented reality, drones, and of course motion graphics/visual effects.

AR: We are journalists. We move on and continue our investigative filmmaking. My latest documentary was a three-year expose of guard corruption in North Carolina's prisons, released via the Charlotte Observer.