Some people believe that in order to be a good film critic, you should try your hand at filmmaking. Personally, I don’t agree with that notion and I’m a filmmaker myself. If anything, my experience is such that I know what it’s like to get a bad review. There are many others who have crossed over and who continue to write reviews: Roger Ebert, of course, is the obvious example of a film critic who has worked as a screenwriter; Peter Bogdanovich has a few significant accomplishments, obviously; Our own Godfrey Cheshire made an excellent documentary in 2007 ("Moving Midway"), and our editor-in-chief Matt Zoller Seitz directed a feature in 2005 ("Home") and is currently working on a new project.

Will Goss, a former film critic (he stopped writing in 2015), can now add his name to that list. In full disclosure, Goss and I both wrote for eFilmcritic.com in the early 2000s, but our paths haven’t crossed since, except for following each other on Facebook. He is an incredibly witty and insightful critic and now, judging from the short film “Alarm," a confident filmmaker as well.

"Alarm" is a three-and-a-half minute quickie and involves a married couple and their smoke alarm going off. Or is it? Obviously, due to the length, the less said, the better. The film’s Vimeo page says it best: “Some afternoons are made for rest and relaxation. Some afternoons have no place for menial chores. Some chores can't wait, like dealing with not one, but two dying smoke detectors. And some chores, well, some hurt more than others … ”

The editing here is tight and the sound design is effective in creating a sense of eeriness, with only the TV shouting out sports commentary as the presence track. Goss is also wise to cast a real-life married couple. “Alarm” shows that he has learned quite a bit from the films he’s studied over the years. 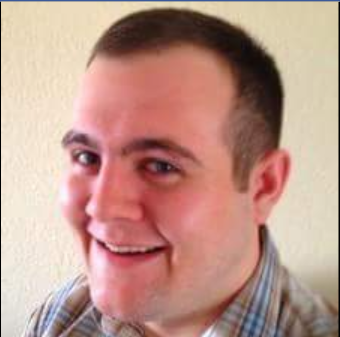 Did being a film critic play a part in your decision to make a film?

It was arguably the opposite. As someone who no longer operated on that side of the medium, I began to wonder if it wouldn’t be fun to try and tell a story by way of actually making one. There’s this recurring perception that film critics must have only chosen such a path because they’re failed filmmakers, but the thought hadn’t actively crossed my mind until—ironically enough—I’d already become something of a failed film critic.

Is there any part of the experience of making the film that has changed the way you look at and/or critique a movie?

It was definitely illuminating to dig into the fundamental mechanics of filmmaking after years spent evaluating work as it stands completed. For starters, coverage is not necessarily a four-letter word in my mind anymore. We had initially opened with a minute-long shot where we ran through everything downstairs in one take. While that helped get the dialogue and blocking down for everyone in the room, I found myself grateful in the edit that we could cut to the over-the-shoulder stuff. Given the chance, it’s a lesson I might have applied to clarifying other moments in the film, but ultimately, I was pretty thrilled by the learning curve and happy with our end result.

How did the story come about?

I actually heard a dying smoke alarm coming from the second floor of the home I’m living in (which happened to be our location for the film). I found myself tensing up in anticipation of the next beep to determine which room it was in—even though I was aware of how silly and Pavlovian a response that was. Later the same week, a second smoke alarm in a different room started dying, and I kind of seized on the idea that this scenario had an inherent narrative rhythm and potential relatability to it (not to mention some welcome practical limitations).

Sound design plays an important part in this film and adds to the mystery. Do you have ideas of what is lurking in that house?

Heh, nothing 100% concrete. I realized in hindsight that our under-the-door shot might make the threat seem too human for our own good, but I feel that sound designer Kyle Graham did a terrific job of giving whatever’s in there a suitably supernatural quality despite my consistently evasive notes.

I’m prepping my next short tentatively titled “Lemon Drink.” It’s a little more shamelessly movie-minded than this one was, and hopefully a little funnier.