For serious cinema fans, romantic comedy have become dirty words in the post-Meg Ryan era, conjuring images of cloying meet-ups, obligatory second-act obstacles and tearful airport reunions. That's what makes the films of Seattle-based indie writer-director Lynn Shelton so refreshing: They're romantic and comedic without ever being formulaic.

"There have been so many romantic comedies done that a straightforward romantic comedy is just so not interesting to me," says the cheerful fortysomething auteur, whose latest effort, "Touchy Feely," hits theaters on Sept. 6 (it's already available on VOD). "If there's love involved somehow, that's great, but I do tend to get drawn to other relationships like siblings and friendships because those can be just as sticky and filled with friction and interesting."

Her love interests don't meet cute—they already know each other, and their lives are frustratingly intertwined, even as they struggle to make genuine and enduring connections. "You never know where the heart is going to lead, and often, it's to the most inappropriate places," says Shelton. "Falling in love with people—it's all a big mess, isn't it?" By the end of her endearingly awkward and naturalistic films, the characters are lucky if they're still speaking to one another. Suffice to say that all of their relationship statuses on Facebook would read: "It's complicated." 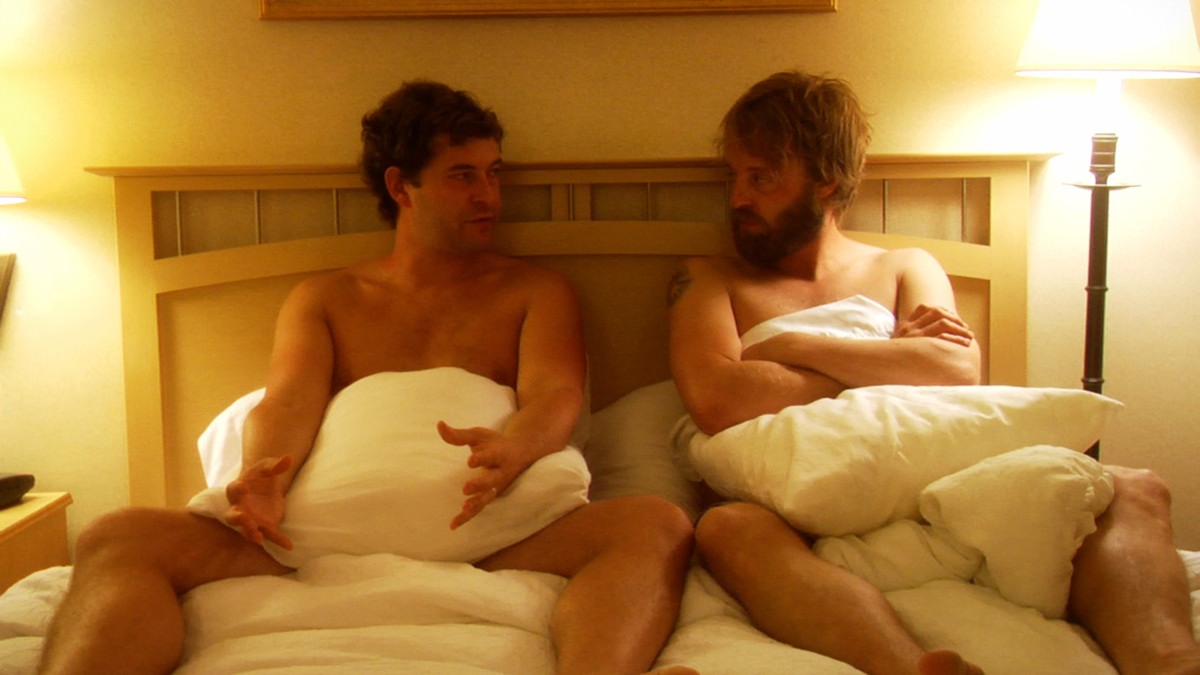 In her 2009 breakout film "Humpday," bromantic buds Ben (Mark Duplass) and Andrew (Joshua Leonard) make a drunken pact to have sex on film in an attempt to win an amateur porn contest. The fallout from this seemingly cavalier agreement threatens not only their lifelong friendship, but also on Ben's semi-stagnant marriage to Anna (Alycia Delmore), who reveals she's cheated on him. At one point, the boys invoke—and undermine—a classic rom-com reference, "the Pretty Woman rule" (i.e., no kissing), in an attempt to get over the proverbial hump, but to no avail. They can't get it up for each other, in any sense of the phrase.

Shelton's takeaway from the largely improvised film: "I don't think the sexual-identity boundaries for these guys are fluid at all!" says the director, who's bisexual and married to a man. "They're pretty hard-set, which is what I learned. I used to have this very romantic vision that you just fall in love with a person, and then I realized, after working on that film, that may be the case for me and a lot of other people in the world, namely women, but for some people, you are exactly the way you are—either gay or straight." 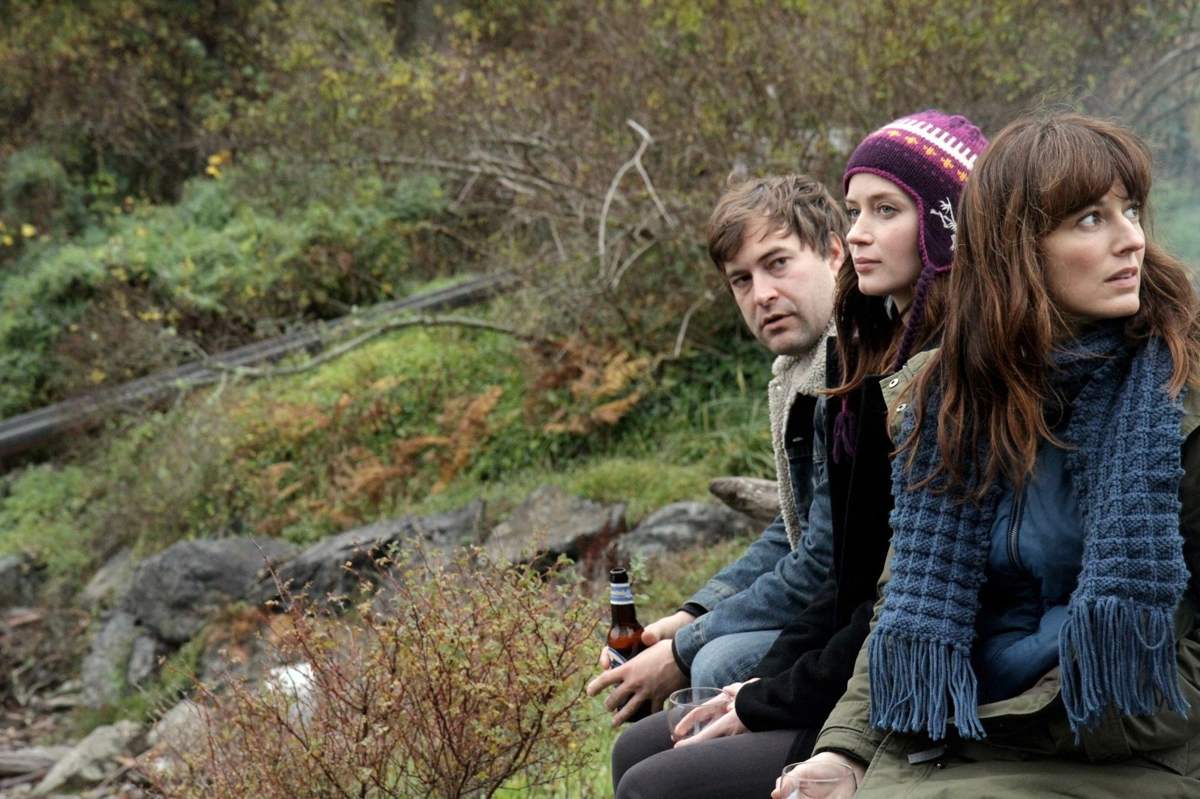 Those lines began to blur with her 2011 follow-up, the arthouse hit "Your Sister's Sister," which casts Rosemarie DeWitt as Hannah, who's just out of a seven-year same-sex relationship when she falls for her younger sib's platonic pal Jack (Duplass), unaware that Iris (Emily Blunt) has developed an unspoken attachment to him. The sex scene between Jack and Hannah is painfully realistic, unglamorous and short, and the interactions among the three sides of this uncomfortable triangle are agonizingly well-observed.

A gifted actress—she plays "Dionysian" bisexual Monica in "Humpday"—Shelton achieves a rare intimacy with her casts. She's a true actor's director. "I'm very inspired by specific actors," she says. "I'm a total actor geek of a director—it's my driving thing. I just love, love, love working with actors I admire."

Her professional infatuation with fellow actor-writer-director Duplass, who came up with the seed that sprouted into "My Sister's Sister" (although in his version, Jack hooks up with Iris' cougar-riffic mom), led Shelton to get lumped in along with him as part of the so-called mumblecore movement. "It's a terrible characterization and an awful word," she says of the reductionist label. "But the only good thing that came out of it was that for a very brief moment at the beginning, it shone a light on these tiny little films that might not have ever had any kind of spotlight on them." 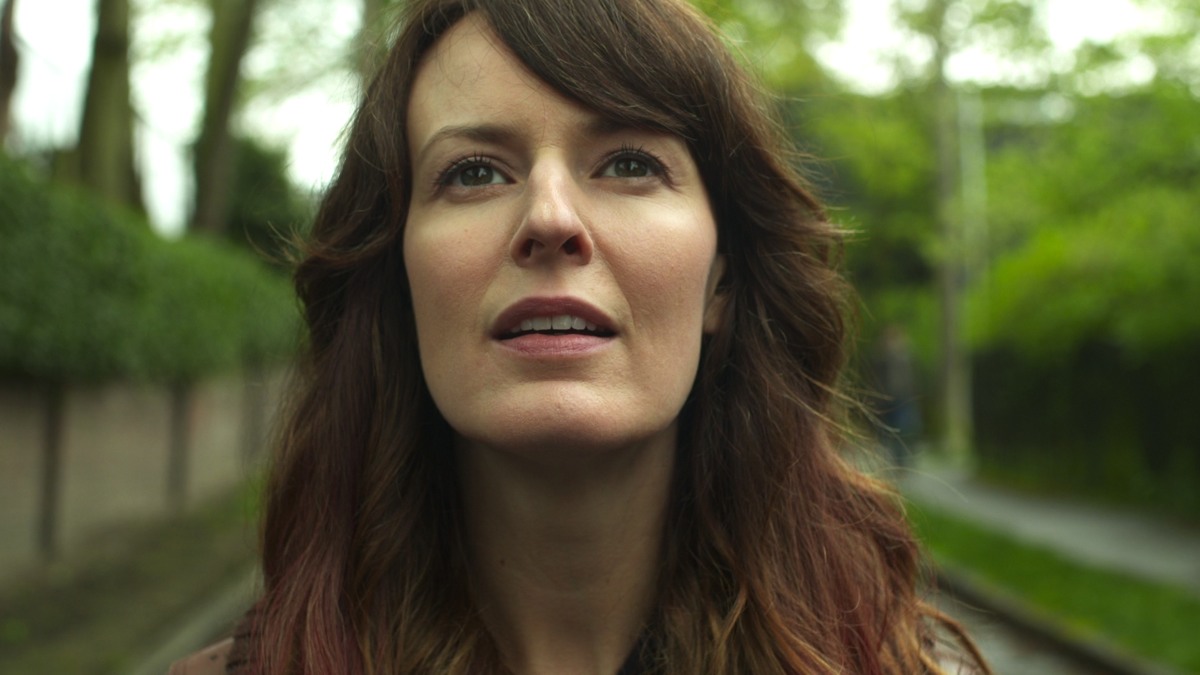 Perhaps as a result, Shelton's films keep growing in scope: "Touchy Feely" discards the three-character format of "Humpday" and "Your Sister's Sister" for an Altman-esque tapestry: a masseuse (played by DeWitt, whom the filmmaker calls her "muse") who's suddenly repulsed by the idea of touching skin; her confused boyfriend (Scoot McNairy); her dentist brother (Josh Pais), who's deeply uncomfortable in his own skin; her underachieving niece (Ellen Page), who may have a crush on her aunt's beau; a reiki master (
Advertisement
Allison Janney) still mourning the death of her underappreciated mate; and Abby's long-lost first love (Ron Livingston, DeWitt's real-life husband), who suddenly re-enters her life.It's her most scripted and structured film. "If 'Your Sister's Sister' was 75% improvised, it was the opposite for 'Touchy Feely,'" Shelton says. "I wanted to play with multiple storylines and explore personal territory, so I felt like getting my control freak on and dispensing with heavy collaboration for a change."

"Touchy Feely" also features the closest Shelton has ever come to a happy ending. "I felt a little worried that it ended too nicely, but I'm hoping it feels open-ended enough that you know it's not like everyone is riding off into the sunset," she says. "You have hope for different people, but they're going to continue on with this journey and fall down and fuck up and learn."

Shelton will continue to expand her canvas with her next film, "Laggies," an identity-crisis dramedy with an ensemble that includes Keira Knightley, Sam Rockwell, Chloë Grace Moretz and Mark Webber. "It's my first multi-million dollar production," she says. "It's got one main character and a lot of locations—definitely a bigger scope. But it's not like the next thing I'm going to do is 'Transformers 4.'"

Quite the opposite, as it turns out. "I tell ya, I can't wait to go back to a really small, intimate film, kind of like the way David Gordon Green made 'Prince Avalanche,'" says Shelton, who has a vocal cameo in the "Pineapple Express" veteran's film as the unseen fiancée. "It's all ebb and flow for me."