Krzysztof Kieslowski's breakthrough came late in his life and very late in his career. Not until "Decalogue"—the wildly ambitious TV series he made in 1988—did the international audience become fully aware of this unique Polish artist who, by that time, had been already making movies for over two decades. "Decalogue" was intriguing in its premise and immense in its scope. The only TV series ever included by Roger Ebert into the "Great Movies" collection, the ten-part project examined the Old Testament commandments as mirrored by contemporary Polish life. Kieslowski's next cycle—"The Three Colors" trilogy—applied a similar approach, albeit on a grander cinematic scale—to the founding principles of French Revolution. The final installment of the trilogy, "Red"—examining 'fraternity' and seen by many as Kieslowski's crowning achievement—proved also to be the director's last film. He died two years after finishing it, vowing beforehand that he was "done with the movies".

As sweeping and meticulously constructed as those late films are, the heart of Kieslowski's cinema lies in the documentary shorts he made between 1966 and 1981, before he committed himself solely to feature filmmaking. Strikingly original and deeply humane, the dozen or so short films he directed were all pursuing the universal as reflected in the ordinary. Working closely with legendary Polish editor Lidia Zonn, Kieslowski developed a style all his own, the chief forte of which was brevity combined with metaphorical richness. His signature work, "Talking Heads" (1980), consisted of a string of short interviews with people answering two unvarying questions: "Who are you?" and "What do you want in life?" As we progressed from a newborn to a woman 100 years of age, birth years of the interviewees flashed on the screen as a sort of cosmic countdown. By the end of the film, as the subsequent faces bore ever-deeper signs of aging and the expressed concerns shifted from the mundane to the eternal, the film revealed itself as a single story of hope, work, failure, compromise and rebirth.

Kieslowski's finest short documentaries include "Factory" (1971), in which a board of executives sweats to make sense of a maze of contradictions (commonplace in Communist economy); "From the Point of View of the Night Porter" (1977), a frightening portrait of an individual's total identification with the state; and "I Don't Know" (1974), consisting of a single interview with a head of a state-owned leather factory: chain-smoking like crazy and revealing the marrow-deep corruption he deals with every day. Just like the main character in Kieslowski's later "Camera Buff" (1979), the maker of those shorts always hoped to catch the essence of the surrounding reality by focusing intensely on its tiny fragment. 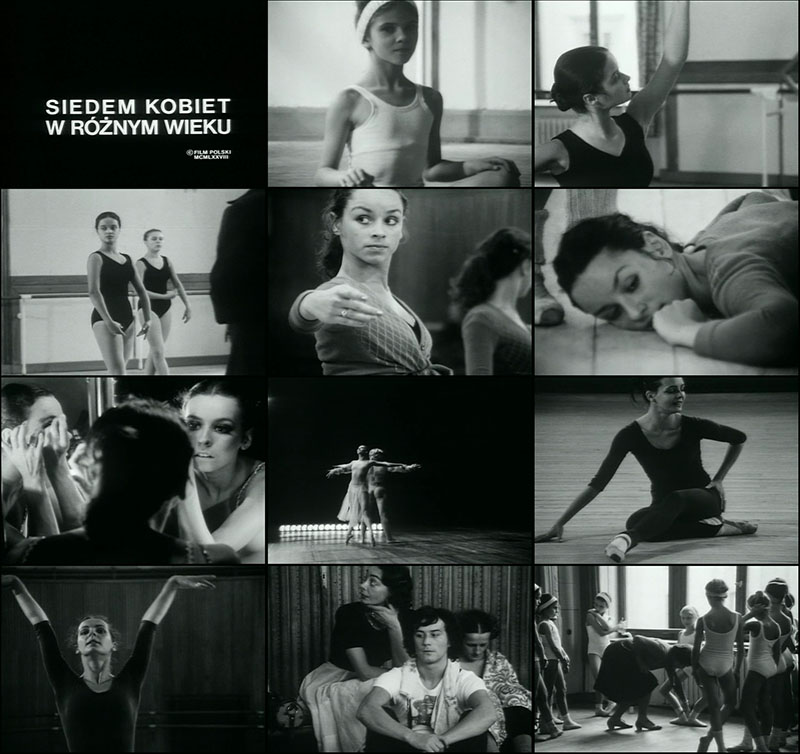 The body of Kieslowski's short work is so rich and diverse it's hard to play favorites, but it so happens that three of those films will be screened at Tribeca Film Center on 23rd November, as a part of the series "Different Ages, Different Voices: Polish Women in Film", which I had the honor to co-program. The prepared set is called "Women by Kieslowski" and provides a rare occasion to get a glimpse into the director's absolute command of the short film format.

"From the City of Łódź" (1969) is one of Kieslowski's early efforts: an homage to the hub of Polish weaving industry, as well as to the location of the legendary film school (attended by both Andrzej Wajda and Roman Polanski). The film focuses on the mostly female workers of Łódź factories, without ever settling on a single main character. Almost every shot introduces us to someone new, thus contributing to the truly democratic feel of the piece. Workers' discontent is never far away (the factory's favorite band is about to be transferred someplace else), but in this particular film Kieslowski chooses to focus on the serene quality of everyday life rather than on its painful conditions and teeming contradictions.

"First Love" (1974), which at 57 minutes is the longest film in the set, has Kieslowski inventing rules of a reality show as he documents the life of a very young Polish couple: Jadzia and Romek. The movie opens with news of pregnancy (Jadzia is seventeen at the moment) and closes with the arrival of the baby. In between, we are allowed a glimpse into a struggle to secure a life in a country that's strangled by red tape. Kieslowski documents the resilience of the couple (of the two, it's the young woman who is much more decisive and mature), even as Jadzia and Romek are pondering the fact that their early parenthood precludes them from having time to figure out who they really are. 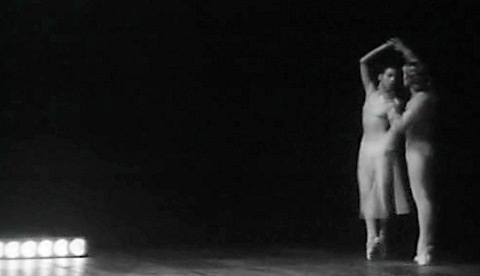 Of the three shorts selected for the program, "Seven Women of Different Ages" (1978) is the closest to the tone you may recall from "Decalogue" or "Three Colors". As Kieslowski portrays seven ballet dancers—starting with a little girl in early stages of training and ending with an elderly instructor teaching young girls in a similar class—Kieslowski creates a narrative of a life devoted to artistic expression. More than any other art, ballet feeds off physical toil and female youth. In the film, the pain of rehearsals and of stretching one's body past the breaking point is crowned with an all too fleeting triumph on the stage—which then immediately morphs into the horror of aging. Brilliantly shot in crisp, bright black and white by Witold Stok, masterfully edited by Lidia Zonn and shaped by Kieslowski into a story of a human life packed into lean 15 minutes of screentime, "Seven Women of Different Ages" is a masterpiece that deserves as much recognition as "Decalogue" and everything that came afterwards.

Three short documentaries by Krzysztof Kieslowski ("From the City of Łódź", "Seven Women of Different Ages" and "First Love") will be screened at the Tribeca Film Center in New York City on 23rd November at 9:30 PM, as a part of a film series "Different Ages, Different Voices: Polish Women in Film". The full schedule of the series is available here. Entrance is free but requires registration on the website.