James Horner died on June 22nd at 61, leaving behind an incredible body of work. Numerous tributes covered his biggest assignments: "Titanic," "Avatar" and "Aliens" for James Cameron alone; "Star Trek II: The Wrath of Khan"; "Braveheart"; and a wealth of affection for "Commando"’s mad Industrial Calypso sound. But in a career as remarkably prolific as his, there are some wonderful scores that deserve to be better known.

The late seventies into the early eighties was Disney’s “dark period.” The studio, struggling to find a new identity, took a gamble on darker, scarier fare. Most were interesting misfires along the lines of "Watcher in the Woods" or "The Black Hole." The most successful of the lot creatively, if not financially, was the 1983 adaptation of Ray Bradbury’s "Something Wicked This Way Comes." The film is charming, eerie and a fair adaptation of the book. Horner’s score seems to have sprung directly from its pages. The main title’s whirling loops of strings herald the evil arriving into town. The music then unravels into the gentle childhood idylls that evil will try to destroy. Horner’s score is the sound of the snap in the air, the crinkle of trick or treat bags brushing against coats, and the house you cross the street to avoid walking in front of. The score understands the core tension of the book, the pull between innocence and the darkness at the edge of town, and the wrenching moment when that innocence must be discarded to have any hope of defeating it. The end titles reflect the novel’s conclusion. Evil has been vanquished, for now, and there are still trees to climb, but those days too are ending. All signaled through a piercingly sweet, melancholy trill from a harmonica, like a memory already beginning to fade into its most essential, aching details.

1984’s "Star Trek III: The Search for Spock" had the unenviable task of following up the best film in the series, with an equally iconic Horner score. The film and score for the third entry often get unfairly dismissed as a mere retread. But what should be nothing more than one of the most craven cash grabs of the decade—“Hooray! We have a franchise now! Oh Hell! We just finished killing the fan favorite off!”—is instead through Nimoy’s direction and Horner’s score a wry, lusciously colored trip to the other side and back again. “Stealing the Enterprise” is the showpiece, underlining and being a partner in crime to eight of the most joyous minutes in 80s sci-fi, as the crew runs rings around those who have written them off to commandeer the ship to go rescue their friend. Horner turns his cue for Spock from the previous film into a beguiling motif. First heard in “Spock’s Cabin,” it is a frail, strange arrangement, the violin part playing like a restless spirit haunting the corridors of the ship. Once a party reaches the Genesis planet to confirm that rumors of Spock’s death were greatly exaggerated, it reappears, building in intensity and order as Spock grows into his former self as Genesis begins to die and punctuated by the cacophonous arrival of the Klingons. It reaches apotheosis in “The Katra Ritual” as Spock is literally reborn through a magnificently staged ritual, the music shuddering and shimmering. The deep tones are the ancestral memory of believing in the power of myth and myth as framework for the future. And the basic power of cinema and music, to take what we “know” is not real and transform it into powerful magic.

The score for "The Name of the Rose," a mix of synth chimes, strings and ghostly voices, sounds both completely 1986 and points the way to current electronic acts like Purity Ring and CVRCHES. Using latin chants in “Beata Viscera,” the voice alone outlines the isolation and chill of the medieval abbey where the story takes place. The score is ominous, the pounding chord of everyone having something to hide constantly present. Only in “The Confession,” where a novice monk asks his mentor about affairs of the heart, is there any sound of spring, a flute winding its way through the fog and gloom. But the score is typified by “Betrayed,” repitivie tones of ritual replacing faith and the dark places our need to contain and constrain God wil take us. 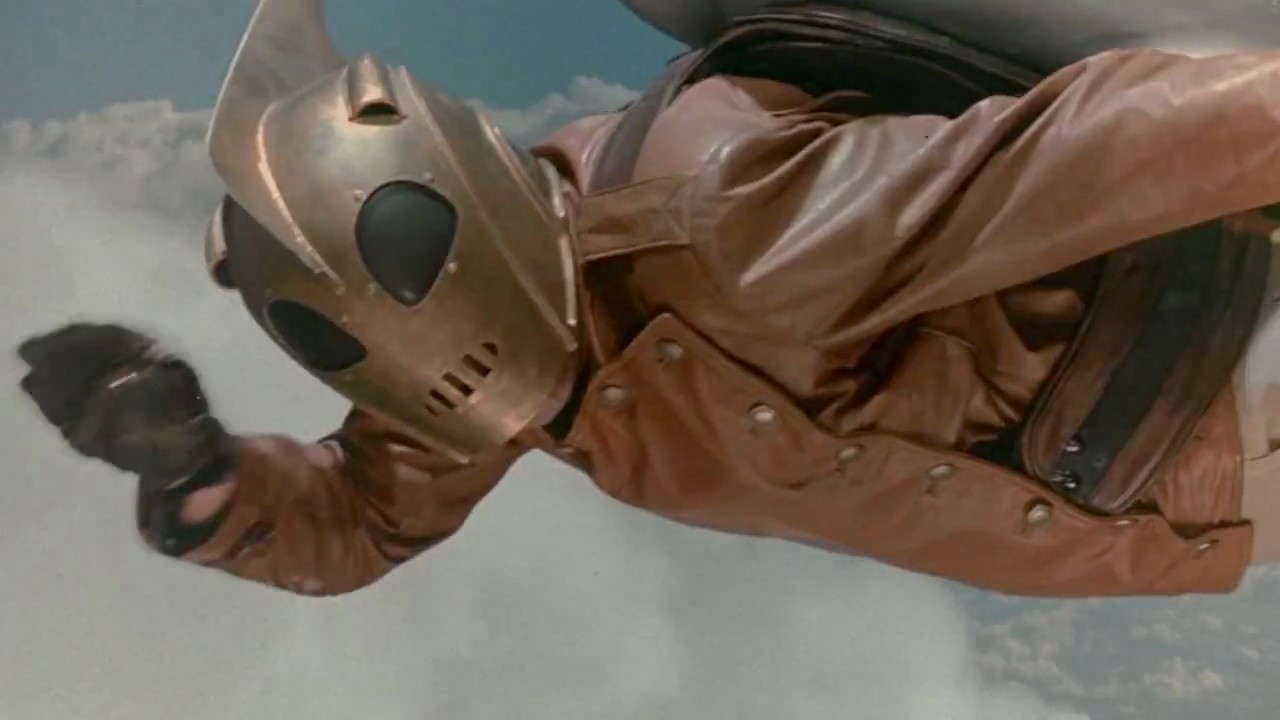 As 1991’s "The Rocketeer" is one of the best Spielberg movies he never made, it’s fitting that the score is one of the best John Williams never did. Turning out the full brass for the opening title and flight music, Horner’s score is as soaring and unabashedly old fashioned as the film. He creates a lovely theme for Jennifer Conelly’s love interest, a few piano notes blooming into a rich and ripe arrangement of strings. The film was not a success, opening in the shadow of the behemoth "Terminator 2: Judgement Day." Director Joe Johnston would later find success with a period action-adventure movie when he made "Captain America." It’s a shame it was not a reunion with Horner too. Because the Marvel films have yet to produce a truly distinctive score, let alone a cue as exciting and driving as “The Zepplin,” which soundtracks the climatic fight.

"Sneakers" is of that almost completely vanished breed of sleeper hit, low on pyrotechnics but well cast and absolutely rolling in chemistry and wit. It's an odd caper flick, with a score that reflects the story’s cloistered feel. Mixing almost satirical angelic choral strands, flutes, violins, drums, and Branford Marsalis playing soprano saxophone as the through line tying it all together, it’s chamber music for The Information Age. The score has the same fluid quality as the film, flowing through a series of rooms one into the other. The main title has a trembling violin line, a babbling data stream carring the other instruments, while a marimba adds a mysterious inviting quality, the pleasure of finding out information you’re not supposed to know. “Too Many Secrets” is Horner at his best, composing that flurry of emotions that accomapny discovery. At first playful and delighted, at two minutes in, a piano and driving percussion arrive, signaling the danger the characters have found themselves in by discovering pretty much a skeleton key to the entire internet. The piano then builds, becoming discordant then finally apocalyptic as the characters realize the stakes of the game they’re playing. “...and the Blind shall see,” a wonderfully prophetic title for an ending cue, is a resolution to the story and the thrill that it will go on. It even echoes Horner’s own past midway in the piece, with a nautical flavored burst of orchestration first heard in the composer’s Roger Corman factory days in his "Battle Beyond the Stars" score. That is the other great power of movies and music, and especially comforting when a talent like Horner is lost. Knowing that the movie and the song is still playing somewhere, we realize that we're just at an intermission.