In Defense of the Expert Review

In a thought-provoking piece published Thursday at CriticWire, esteemed critic Sam Adams laments the rise of the "expert review," in which an expert criticizes a film or television show in their chosen field for its technical inaccuracies. Or, as Adams tidily sums them up, articles with titles like, "What X Gets Wrong about Y." His rant was inspired by a Slate review of Mike Judge’s "Silicon Valley", a show that satirizes the tech start-up world, written by a software engineer. The review argues that satire "gains its viciousness from knowing particularity," which Adams correctly argues is "dead wrong." Adams is not averse to facts, of course, but he feels that when factual details and a good story come into conflict, "story should win."

Although Adams has a clear position on the subject, his piece also tacitly raises some really crucial questions facing film critics today: Who gets to decide what a movie is supposed to be? Where does propaganda begin and art end? And who is the authority: the filmmaker, the critic, or the issue expert? These questions are debated every time a film comes out that touches on a real-life controversy, like "Zero Dark Thirty," "The Wolf of Wall Street," or "Noah". This didn’t happen before the internet; the freedom to intermingle critical forms combined with the unquenchable demand for content combines to make authority on any subject a tenuous proposition.

Such narrow perspectives can, when given such a huge platform, undermine the artistic qualities of film. When scientific experts criticize "Gravity" for failing to display an academic-level understanding of the laws of nature, they are missing the point. Nobody goes to "Gravity" for a physics lesson; they go to be entertained. But there are times when a fact-check of a film can provide necessary context and, especially if the film is based on true events, illuminate not just how a narrative deviates from the truth but why it does. At their best, expert reviews can even illuminate deeper truths, like how reality is an often unintended casualty of pop culture. Since mainstream movies only show us what we want to be true—almost by definition, a film that sells tens of millions of tickets does not challenge any widely-held perspectives—movie fact-checkers can show why a certain film felt the need to diverge from reality to tell a satisfying story. 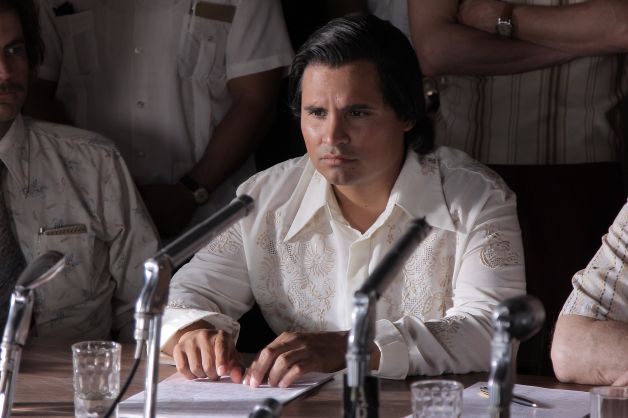 This week, The Nation ran an editorial criticizing "Cesar Chavez" for perpetuating a misleading narrative about the union leader. Faulting the film for "reducing the collective struggle of tens of thousands of workers…into the moral journey of a single man," writer Tim Barker ends up making a broad case for the value of the expert review by noting that "[t]he history that the film represses…is so extensive and consequential that the film passes from merely incomplete to misleading and propagandistic. To understand what is missing, and why it matters, we must compare the film with a less varnished history." In this case, the film’s purpose is to inspire, and to do that, it implies that Chavez’s successes were untarnished by history. But it leaves out the union’s many subsequent failures and squeezes a complex public policy problem into a tidy narrative.

Another example, this one cited by Adams, is Politico’s fact-checking of "House of Cards". The facts that it corrects are not inconsequential details; rather, they are vital to an understanding of our current dysfunction in Washington. The screenwriters depict a $25 million donation made to a shadow campaign against Frank Underwood (Kevin Spacey) by his enemies as an enormous amount of money. In actuality, $25 million is a lot but, as Politico notes, it’s "hardly a game-changer." This mistake gives viewers a false impression of how much money is really involved in politics, and before you argue that "House of Cards" is not intended to be factual, consider how far the show goes to achieve versimilitude. An inordinate number of real-life political pundits and journalists show up in cameos playing themselves, and Kevin Spacey has often touted the time he spent with Majority Whip McCarthy to prepare. He has even claimed that the show’s dramatic political arcs are "not that crazy." With this blurring of lines between reality and fiction, it is not a bad thing to have referees who show us where one ends and the other begins. 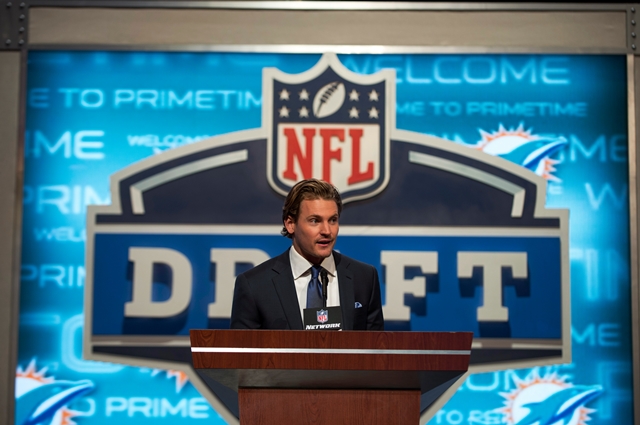 As we ponder these questions, expert reviews will certainly continue to be published, and we can probably predict which films will get them based on how loudly they proclaim their accuracy. Next up is "Draft Day," an unprecedented cooperation between Hollywood and the NFL. A recent article in the Los Angeles Times contained references to its "authenticity" and how hard the two industries worked to "get the facts right." Of course, they did more than that. The article references that NFL executives demanded that most of the "f-bombs" be removed from the script to protect the league’s image, but that’s only what they are willing to talk about on the record. It seems possible that the NFL’s involvement precluded the screenwriter from even venturing into areas of player safety or questionable off-the-field activity. A fact-checker with NFL experience could help us discern the truth from corporate propaganda.

Look, I understand why many critics would bemoan the introduction of even more critics into the talent pool. As has been widely reported, these are not bright days for those looking to make a living writing about film. The rise of the movie blogger has diluted the talent pool, aggregate sites like Rotten Tomatoes and Metacritic have essentially made reading full reviews an activity for only serious cinephiles, and prominent critics such as Owen Gleiberman (formerly of Entertainment Weekly) and Mike Ryan (Huffington Post) are getting sacked due to the availability of cheap, unskilled labor.

We should always seek to understand those with another perspective. Generalist critics could stand to hold factual veracity to a higher standard, and non-critics should remember that a movie's first duty is to be a good movie. But it’s also possible that expert reviews could deepen the public’s appreciation of film by helping them to understand the powerful role it plays in our collective perception. If we can understand how little relevance the mundane details of reality have to film—most critics already get this—we may have a clearer view of its emotional and artistic truths. Yes, there is a misguided demand for factual accuracy coursing through many layers of our society right now (probably because it’s so hard to find unbiased information), and it is unlikely to go away anytime soon. In the meantime, we might want to consider embracing the expert review for what it adds to a conversation outside of our purview, replete with the knowledge that it will bring the unique, invaluable role of the professional film critic into even greater relief.