With "Doll & Em", debuting tonight on HBO, and "Ghetto Klown", debuting Saturday night on the same network, Emily Mortimer and John Leguizamo, respectively, use their creative impulses to tell personal stories in unique ways. Mortimer takes the route of improvised dramedy while Leguizamo brings his fifth one-man show from Broadway to an international audience. Both have the natural distance of performance but also feel like deeply individual pieces, the kind of personality-driven material that HBO has always excelled at producing and what we need more of from the often-cold medium of television. 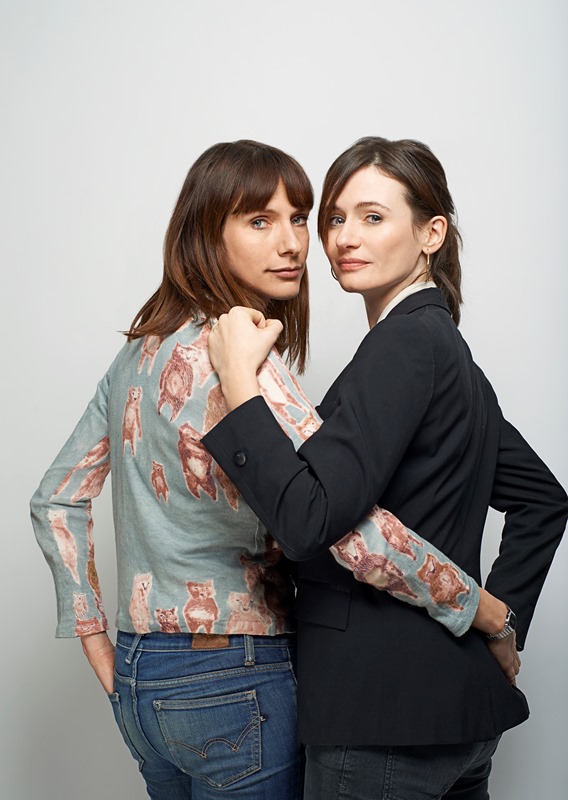 Based loosely and semi-improvisationally on the real friendship between Mortimer and Dolly Wells, "Doll & Em" is a six-episode series co-written and directed by Azazel Jacobs ("Terri"). Airing over three weeks in two-a-night format, the first episode feels overly familiar and remarkably cynical. In it, Dolly breaks up with her boyfriend across the pond and needs the comfort of her best friend Em. She flies to L.A., where Mortimer is working on a film, and the star of "Transsiberian", "Redbelt", and "Shutter Island" actually hires her BFF as her personal assistant. It will give her something to do while she's getting over her heartbreak and the sometimes-insecure actress can have someone close to watch her back. What could possibly go wrong?

While the first episode of "Doll & Em"  had obvious echoes of "The Comeback", "Episodes", and "Extras", and I worried that it would be just another tale of spoiled people taking advantage of even those they called friends, it quickly re-balances its tone in the second episode, greatly increases in quality, and never looks back. Without spoiling anything, don't get ahead of "Doll & Em". It's a very smart, insightful piece about the delicate balance of success and insecurity within a female friendship. She'd never admit it but Emily almost likes being the safe harbor for Dolly and becomes more insecure when she's not as needed. Em is just as fragile as her less-successful BFF but her craft has taught her how to hide it more.

It also helps "Doll & Em" that it's populated with cameos that don't feel just like focus-pulling. The second episode features a great bit with Susan Sarandon and future installments include excellent work from John Cusack, Andy Garcia, and Ben Chaplin. But it's always about Dolly Wells and Emily Mortimer, two people brave enough to play variations on themselves to create something relatable for everyone. Some of the improvisation feels a bit off but the two leads always find a way to rescue it. By the end, I felt such affection for both Doll and Em that I was sad to see them go. 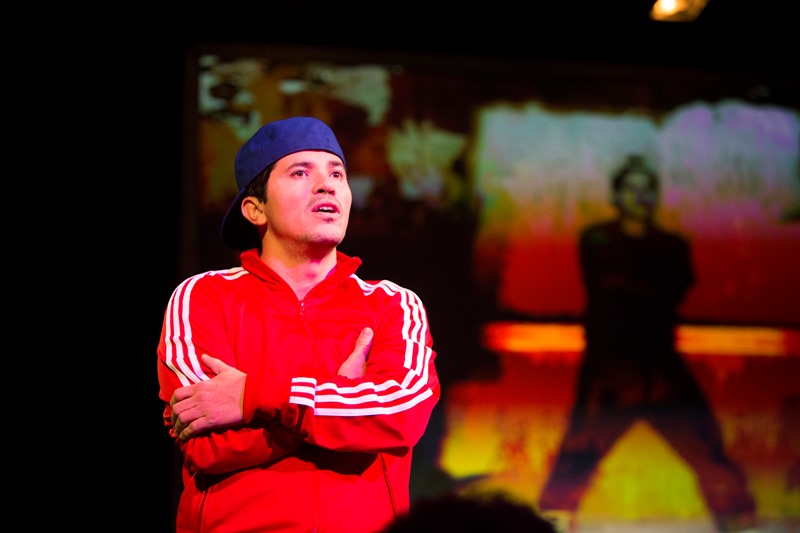 Fisher Stevens directs the fifth HBO version of a one-man show by the still-powerful John Leguizamo, filmed last November at the New Jersey Performing Arts Center. The star of "Carlito's Way" and "Romeo + Juliet" has done so many one-man shows that he can do a one-man show about his one-man shows. While the first half feels repetitive ("When I was three years old…" in your FIFTH autobiographical show?), the piece gathers power in the second half when it becomes clear that "Ghetto Klown" has a different focus than his first four shows. While one-man shows like "Mambo Mouth" and the truly-amazing "Freak" showcased the power of the performer on stage, "Ghetto Klown" offers a portrait of a man who has realized that it is the people around him—his best friend, his agents, his film directors, his family, his wife—that have gotten him to this point.

"Ghetto Klown" suffers a bit from the modern state of television. When HBO aired something like "Freak", there was more energy to seeing an award-winning theatrical experience in your living room that can't be replicated today, especially from Leguizamo. He still has SO much energy but viewers familiar with his work will come with different expectations. And the first act of "Klown" features a bit too much repetition. Still, within it, there are such great little nuggets of insight that Leguizamo often throws off in his breakneck speed. He'll mention something about how prisons in his neighborhoods looked like schools and the schools looked like prisons—"subjugation through architecture"—or about how he "learned to take self-destructive influences and turn them into creative influences" and he'll be on to his next point before you even realize how brilliantly crafted the previous bit actually was. He's always one step ahead. Even in his fifth show.

And "Klown" is a delight for film fans. With its focus as a love letter to the people who have formed and influenced him, he allows for a lot of behind-the-scenes anecdotes from his best films, complete with the best Brian De Palma impression you've ever heard (and one of the best Al Pacino). Bits about Sean Penn smacking him on the set of "Casualties of War", improvising with Pacino on "Carlito's Way", or nearly strangling Baz Luhrmann make "Ghetto Klown" worth a look for cineastes on their own. And when Leguizamo wraps all these people into a closing monologue with true emotional power, all of those concerns about this stage star trotting out his material for a fifth show have been completely destroyed. He's still got it. I look forward to an inevitable sixth show.