That line, from "The Tall T," was the one that made me a confirmed Elmore Leonard fan. "The Tall T" is a Budd Boetticher film starring Randolph Scott with a screenplay by Burt Kennedy. I used to think Kennedy came up with that line, and several other gems from the same film, but it turns out they were all from an Elmore Leonard short story called "The Captives," which Leonard sold to Argosy magazine for a hundred bucks in 1955, and which was eventually turned into this 1957 film.

What I love about that line, and the other splendid lines throughout that script, is that they reveal character and the place that character came from in a special way no actor could do on his own. Clearly, actors in talking pictures can't reveal character very well without dialog. But dialog that tells one story for the actor while the actor is telling another story is the richest of gifts for a performer. While a Leonard character is telling plot stuff, the very shape and rhythm of the words as Leonard has framed them reveal the character's biography. Most actors have to rely on dialog that only reveals plot or consciously explained back-story. Dialog that tells one story with words while telling a correlative story with the sounds of those words is rare and precious.

"She was scheduled to be an old maid till Willard come along. She's plain as adobe wall." 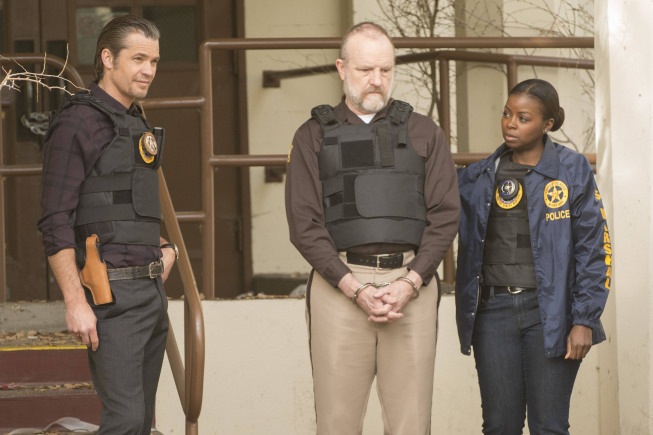 Leonard's splendid way of inventing odd turns of phrase and similes and making them sound as though there were no possible better way to describe something made him, in my opinion, one of the great wordsmiths of the past century. So when I became, for a time, part of the cast of "Justified," the FX TV series based on Leonard's work, I hoped that I would actually get to say some real Leonard dialog. More than that, I hoped his involvement with the show meant I might get to meet him. I never did. The closest I came was meeting the writers of the show, two of whom were coincidentally named (Taylor) Elmore and Leonard (Chang). What was wonderful was how well these writers captured the essence of Elmore Leonard: the clarity, the boiled-down-to-its-primary-ingredient precision, the humor to be found in the worst possible circumstances, the ability to flip a familiar phrase around to make it new and better.

That Mr. Leonard seemed so pleased with how his style was translated to the screen is a great credit to those writers. But it is also a great credit to Leonard's own clarity of intent as a writer. His work seems devoid of arcane mechanics, and it lends itself to imitation the way Van Gogh seems easy for students to copy: the brushstrokes are clear and distinct and bold. But even the greatest of copyists, of Leonard as with Van Gogh, surely find that it's easy to make the copy look like the original from across the room, but on close inspection, there is a not so readily achieved magic imbedded in the ridges and hollows. I've no doubt that even my great comrades on the writing staff of "Justified" would submit that Leonard makes imitation look easy, but that he deals in something more mystically elusive than just the brushstrokes.

"My momma taught me to remove my hat and my cigar in the presence of a lady. Whatever else I take off depends on how lucky I get."

Leonard is generally better known for his crime stories ("Rum Punch" and Get Shorty and "Out of Sight" and "Maximum Bob"), but for me, his most compelling and richest material is his Westerns. Perhaps it's because I've been more devoted to Westerns (as films) than any other genre for much of my adult life, or perhaps it's because (I find) his Westerns have been generally more successfully adapted to films. In any event, it is through the movies made from his work, "The Tall T," "3:10 to Yuma," "Hombre," "Valdez is Coming," that I came to know and love Leonard's writing. I've read more of his Westerns than any of his other stories, and I find him one of the most astonishing purveyors of authentic-sounding Western dialog who ever lived.

I say "authentic-sounding," because as colorful as real Western folk are, few consistently speak with the poetic perfection of an Elmore Leonard line. Leonard's characters talk the way real cowboys and ranchers and trainmen and schoolmarms would talk if they were poets. He imbues natural dialog with rhythms that aren't found in nature, but which speak louder and more powerfully than nature. That Leonard grew up in Detroit and not Santa Fe or Laramie or Yuma is a bit disconcerting, because it seems impossible that he could write so well of those people without having been one of them his whole life. He gives new meaning to the word authentic. If his dialog isn't the way real Westerners talk, it ought to be. 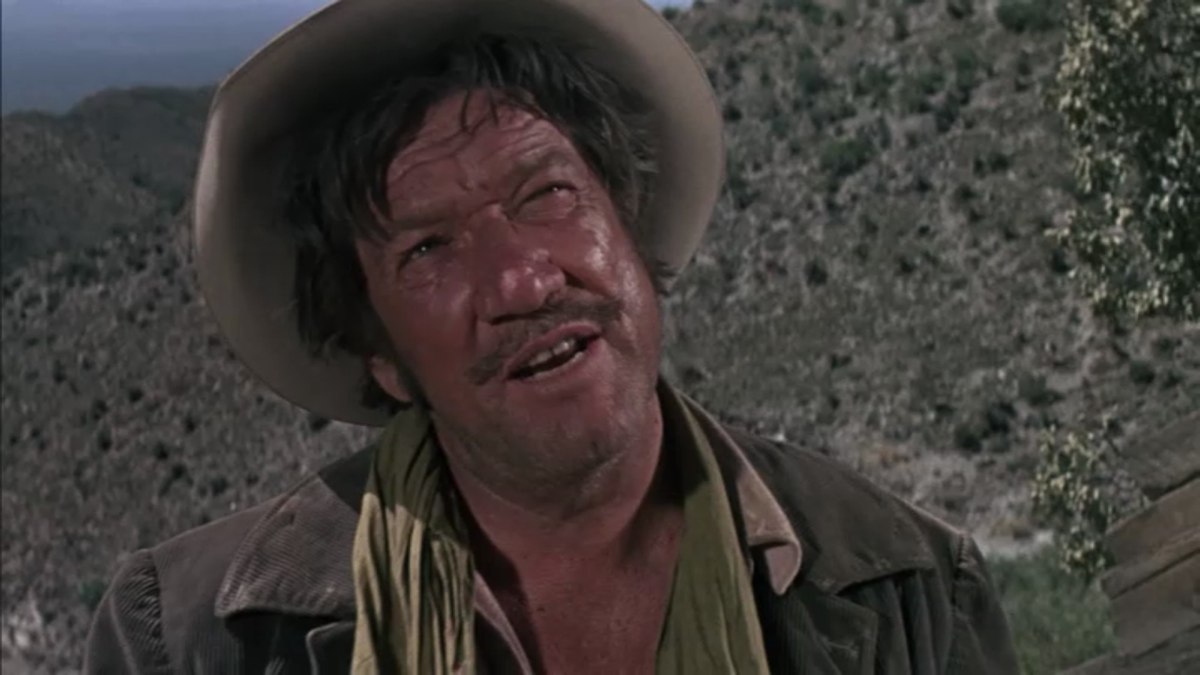 "Mister, you've got a lot of hard bark on you walkin' down here like this."

I'm sorry I never got to meet him, to tell him how those lines in "The Tall T" inspired me in my own writing, to tell him how proud I was to be part of a show he was at the heart of. To ease that sorrow, I'm going to read and re-read some of his books and stories. I advise you to do the same. Even if his books look calm as Sunday on the outside, inside they're wild as mountain scenery.