In a time when too many directors appear to be working very hard to dissuade the viewer that they possess any unique visual sensibility at all, every new Guillermo Del Toro film opens like an increasingly rare and beautiful bird of paradise. Be it little girls helping their vampiric grandfathers or giant robots smashing giant monsters, each Del Toro film is sure to be full of indelible images. His latest, “Crimson Peak," is a beguiling love letter to Gothic cinema of the mid-20th century and on. In particular, the offerings from venerable English house of horror Hammer, then crossing the channel to visit the rainbow colored nightmares of Italian director Mario Bava. Here a just a few of the titles worth checking out, to see where "Crimson Peak's" mansion of the damned is drawing its floor plans from.

1.) "The Curse of Frankenstein" and "The Horror of Dracula"

Hammer made the leap from minor British studio to powerhouse of horror with this pair. Their fate was sealed when the films were smash hits in America, securing them years of distribution to our shores. American horror of the era tended to be shabby, monsters in pressed slacks affairs, so both films packed a wallop. Peter Cushing was the screen’s best ever Dr. Frankenstein—his driving obsession and amorality in pursuit of his goal made him a magnetic screen presence. Christopher Lee had an eye catching part as Frankenstein’s Monster. A wordless role that he infused with the pitiful feeling of a creature just aware enough to recognize its own monstrosity. In "Dracula," Cushing ably leaped to playing the heroic Van Helsing and Lee, much to his chagrin, became inseparable from the role of the black caped Count. 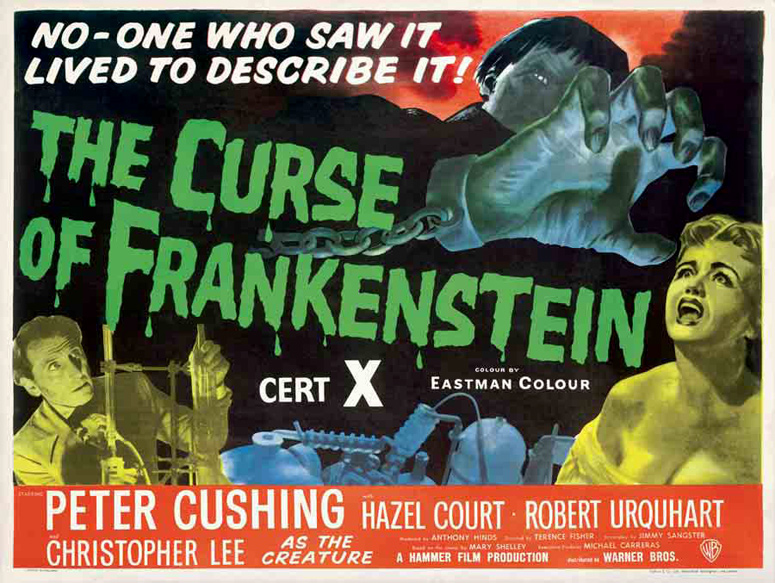 Both films spawned their own series of sequels. Of particular note to "Crimson Peak" is the first sequel to "The Horror of Dracula," in which Lee made his first attempt to break ties with the role by not returning. Its colors, dusky purples and wine reds, suggest aristocracy, bruises and putrefying flesh. A young innocent new to these parts spends the night in a castle with a terrible secret. The lady of the house has taken to chaining up her son to prevent him from satisfying his horrific thirst on the locals. He gets loose and it’s up to a returning Cushing as Van Helsing to set things right. Real currents of danger and eroticism run through the film, particularly in Andree Melly’s performance as a sheltered young woman turned panting, leering predator. 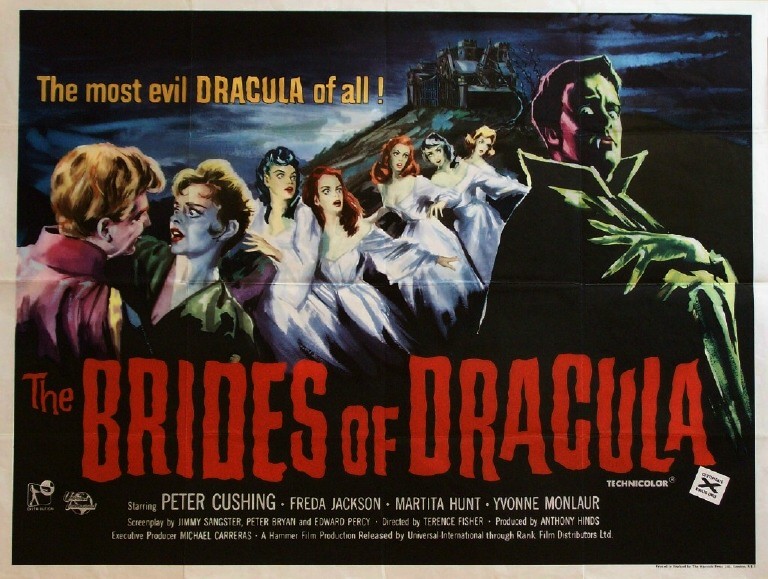 Hammer went into decline in the early '70s but also turned out some of their most interesting, darkest films. And they don’t come much darker than the daughter of Jack the Ripper going into fugue states and killing whomever happens to be nearest at the time. Angharad Rees as Jack’s daughter Anna confirmed that Hammer did itself no favors by refusing to notice and nurture female stars. She pivots flawlessly between porcelain waif and flat affect sociopath. Treating misogyny as a transmutable virus, the story’s conceit that the young naif and the ruthless killer are the same person builds to a near claustrophobic effect of how helplessly we are chained to the past. 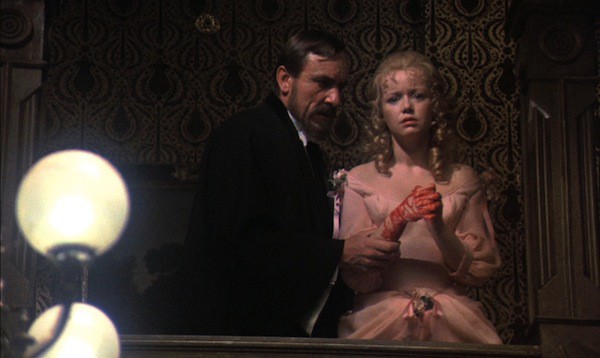 Meanwhile Italy had been building a venerable horror tradition of its own, finally freed from Fascist-era banning of all horror films. Directed by Riccardo Freda and shot by Mario Bava, the film may have been set in the then present day but its mad science, killers siphoning the blood from their victims bodies, and decaying mansions with secret passageways was pure Gothic. The story also showed a keen understanding of long buried desire, and the past rising to destroy the present, that fuels Gothic fictions. 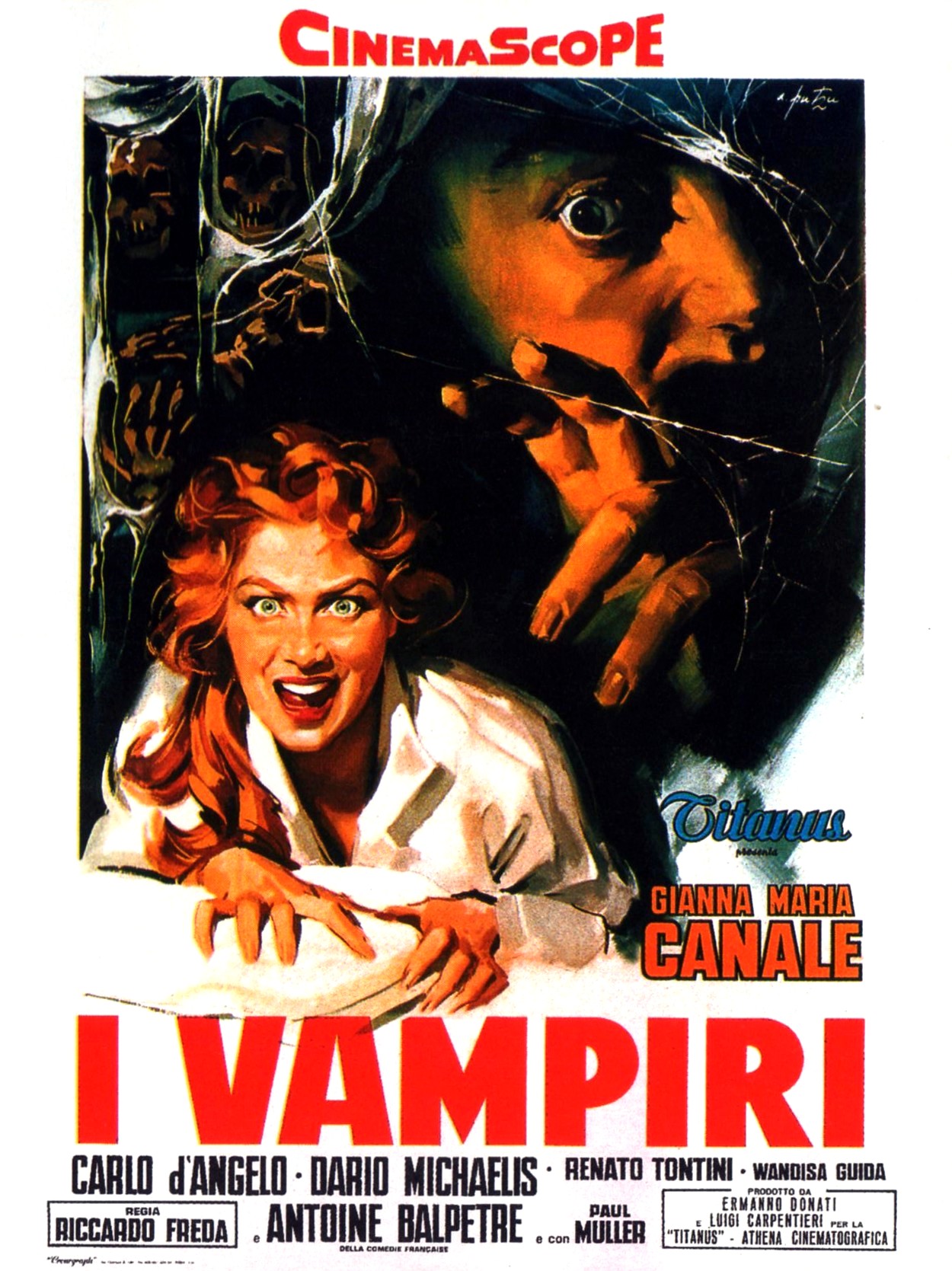 Mario Bava went on to establish his own name with this 1960 masterpiece. As adept as he was in working in color film, he was equally so in black and white. “Black Sunday’s” images are mysterious, hellish. Deep shadows swallow characters whole and you can smell the smoke from pyres lit to burn witches. Bava also shows an intuitive sense of star Barbara Steele’s alien beauty and serpentine gestures as some of the best special effects in horror cinema. As she slinks between the columns of a ruined house, you’re never quite sure if you’re watching the virtuous heroine or her evil ancestor, back from the grave and looking for revenge. 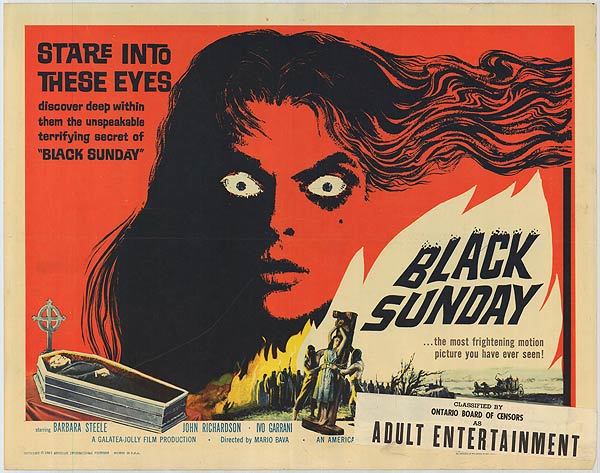 Vengeful spirits pop up again in one of Bava’s best color pictures. A village stands trapped in moss green fog and amber gaslight holding it in thrall to the castle on the hill. The child of the castle died horribly in an accident and guilt and grief conspire to insure she cannot be at rest. Reality has begun to literally peel itself apart in this cursed place, and fans of J-Horror like “The Ring” would do well to check this one out. Before Sadako and her well there was Melissa and her ball bouncing down the stairs and making the hairs on the back of your neck stand up. 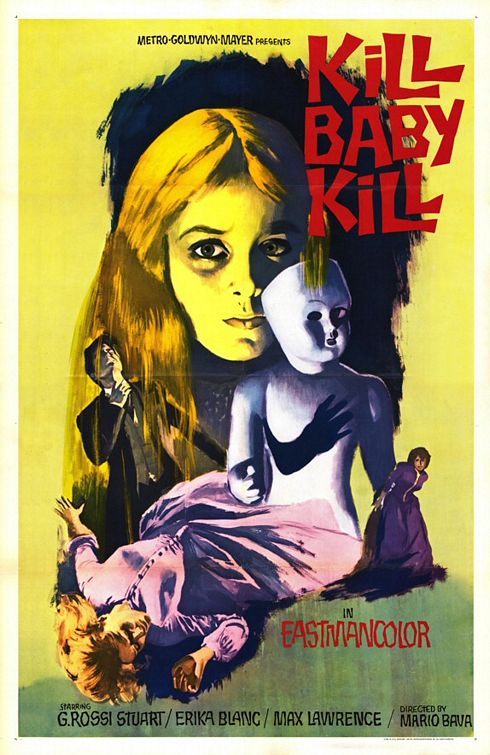 “Crimson Peak” is also commenting on one of Bava’s most perverse and unjustly little seen films. In a crumbling wreck on jagged sea cliffs, Christopher Lee (in one of his best performances) plays the heir of the house who had a taste for sadomasochistic sex. He is possibly murdered by one of the other inhabitants of the house, possibly because in keeping with Bava tradition he has a disturbing habit of appearing at windows after his death and tormenting old lovers. The house itself is filmed as one of the film’s characters. Yawning corridors filled with midnight blue light and heavy furniture sparsely decorated with the few living things in the house. Things like a bowl of fruit or a rose that nonetheless already seem to have taken on the funereal air of the place and look embalmed. 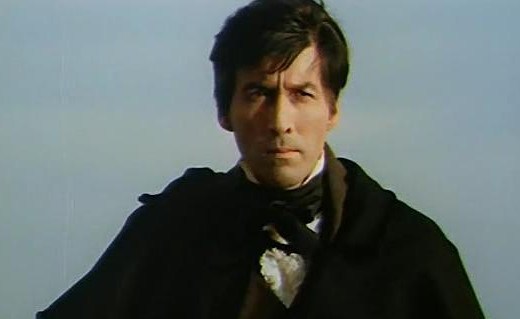 
Bava closed out the Gothic phase of his career with the interesting transition film. Half a Gothic and a half a Gialli, an Italian variant of the murder mystery, it has layers of atmosphere. Joseph Cotten makes rent as the villain and a standout sequence involves a visit to the house of a white witch. The actress is lean and tall in her black robes, and is clearly haunted by her own psychic abilities. Bava shots through and around all the bric-a-brac in her rooms, suggesting the cluttered cultural memory that gives rise to folkloric legends about witches’ curses and reincarnation; underpinning how horror explores what happens when those stories turn out to be true. 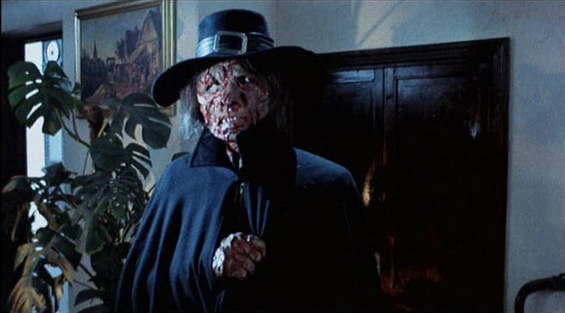 For further study it’s worth checking out the Germans getting in on the game with “Castle of the Walking Dead," also known under the more colorful title “The Torture Chamber of Dr. Sadism.” It contains one of Christopher Lee’s better making rent performances and its forests and streets are right out Bava with colored gels and klieg lights tucked behind the branches. For the American reaction to Hammer bringing Gothic back your best bet is the Roger Corman produced cycle of films based or “based” on the various works of Edgar Allan Poe. And from the last twenty years, give Stephen Frears’ “Mary Reilly” a chance. Julia Roberts’ o-rish accent is a touch wobbly but it’s easily one of her best performances. And the fog-shrouded gloom and moral hypocrisies of so-called respectable people point it toward the "Dr. Jekyll and Mr. Hyde" movie Hammer wasn’t around to make in the nineties.

Fall is the perfect season for Gothic horror. The leaves turn and then the trees are bare, their limbs scratching at the sky. The air seems to start pressing claws at your neck. Memory starts to fade and what remains becomes more poignant as it is all that is left of those who are no longer with you. It’s a season for ghosts, for books with musty pages the color of tea. It's the season for making up stories about that strange abandoned house on the outside of town. Del Toro has shown himself to be a keen master of the moods and colors autumn brings, I look forward to finding out what horrors are hiding behind the drapes and in the attic of “Crimson Peak."