I remember that Universal had issued a HD DVD disc of this back when it had taken the losing format's side in the Blu-ray/HD DVD war of the early aughts; once Blu-ray won, Universal declined to issue a Blu-ray. So here's the redoubtable Scream Factory to pick up the slack, and the company has done a mighty fine job bringing this visually elaborate and tricky film to the currently dominant high-def format. It looks great, from stem to stern, and the visual highlights (the blood missing the white shoes! Annette O'Toole's topless swim interrupted! and many more) are particularly gratifying in high-def. The only extra feature: new interviews with the major cast members and director Paul Schrader. All the participants are frank and funny but tell a rather different tale of the film's making than the one in "Easy Riders, Raging Bulls." It's irritating, though, that each of the interviews, which range from six to ten minutes, is a discrete menu file, and there's no "play all" option for them. A quibble. —A- 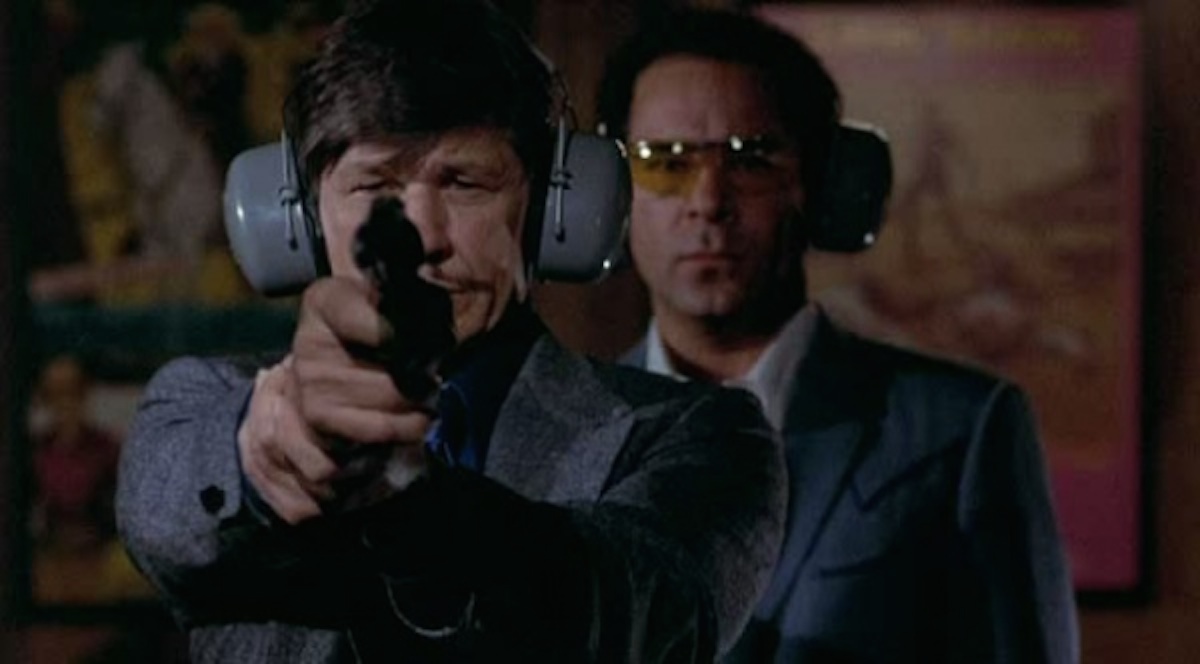 Speaking of horrible lighting matches: the cut from Hope Lange in a one-piece bathing suit basking in the Hawaiian surf and sun to the reverse shot of a clearly klieg-illuminated Charles Bronson sitting in sand by shrubbery. This idyllic albeit incoherent clarity sets the viewer up for Mr. and Mrs. Kersey's return to the grimy NYC of 1974. (I never really could get over the fact that gruff Charles Bronson is married to TV's own Mrs. Muir.) An NYC in which Bronson will…well, you all know the story. You don't? Well then get this and get Christopher Sorrentino's excellent book on the movie while you are at it. As critically reviled in its day as "The Wolf of Wall Street" (okay, maybe a little more so) the movie now plays as near-classic wide-eyed exploitation, and the disc renders cinematographer Arthur Ornitz's vision of urban blight (he shot "Serpico" at around the same time) acutely. No extras to speak of. Herbie Hancock's score sounds pretty good on the Dolby track, and you're not going to BELIEVE Jeff Goldblum (or Christopher Guest for that matter) here. —B 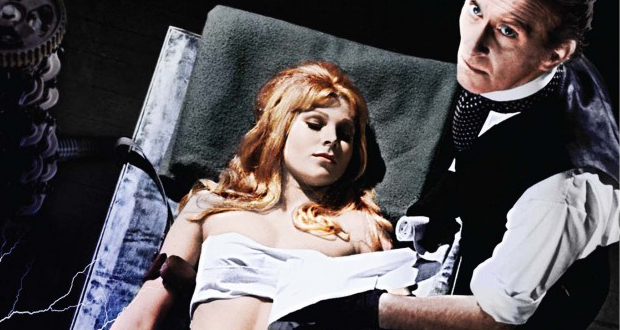 This 1967 Hammer horror, the most metaphysical/philosophical of low budget genre picture sup to that point, gets a solid treatment for Blu-ray, relatively speaking: the picture is largely clean, there's excellent detail, but the color is somewhat muted at times and the state of the materials is…variable. The commentary, featuring supporting cast members Derek Fowlds and Robert Morris, is of the sentimental "he was a lovely lovely man" school of reminiscence. The newly-produced doc "Hammer Glamour" unintentionally devolves almost immediately into a sad story of a bunch of poor women being coerced into taking their clothes off for piggish producers. Inspirational quote: "I didn't know what Michael Stiles meant by 'orgasm.'"—B 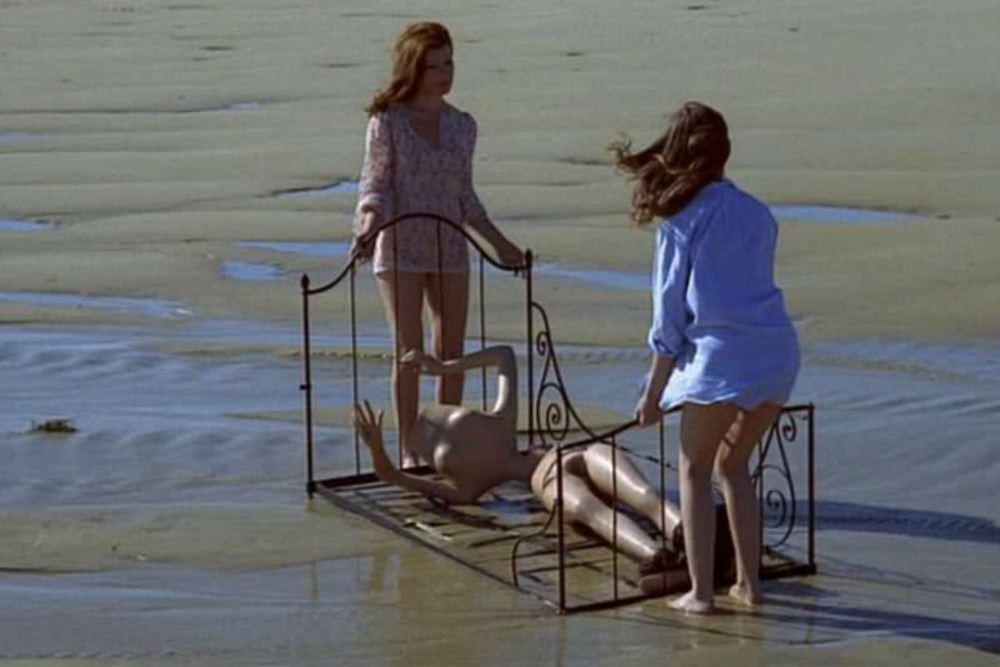 The second Kino Lorber release of the films of Alain Robbe-Grillet (sourced from the British-originated genre label Redemption) is of a 1974 feature. The French film industry, like so many others, was taking advantage of the "new freedoms" and now Robbe-Grillet could really go to town in the nudity department. And so he did, in the service of a typically convoluted and self-reflexive narrative of a seductive murder suspect whose apparent ingenuousness weaves a web of…more death? Hapless detective
Advertisement
Michael Lonsdale is one of the characters who'll find out. The fetching suspect, Anicée Alva, undulate nude in a bare-walled cell, whose bluish background undulate ever-so-slightly in this high-def transfer. (Her roommate is played by Olga Georges-Picot, who'd later go on to play the Countess in, dare I say it, Woody Allen's "Love and Death.") So it's an okay looking disc with one major extra, a long interview with Robbe-Grillet, the intellectual density of which is matched only by its unexamined patriarchic sexism! Inspirational Dialogue (from the movie, not the interview): "Vous-etes également prostituée?" "Mais oui. comme tout le monde à présent." —B 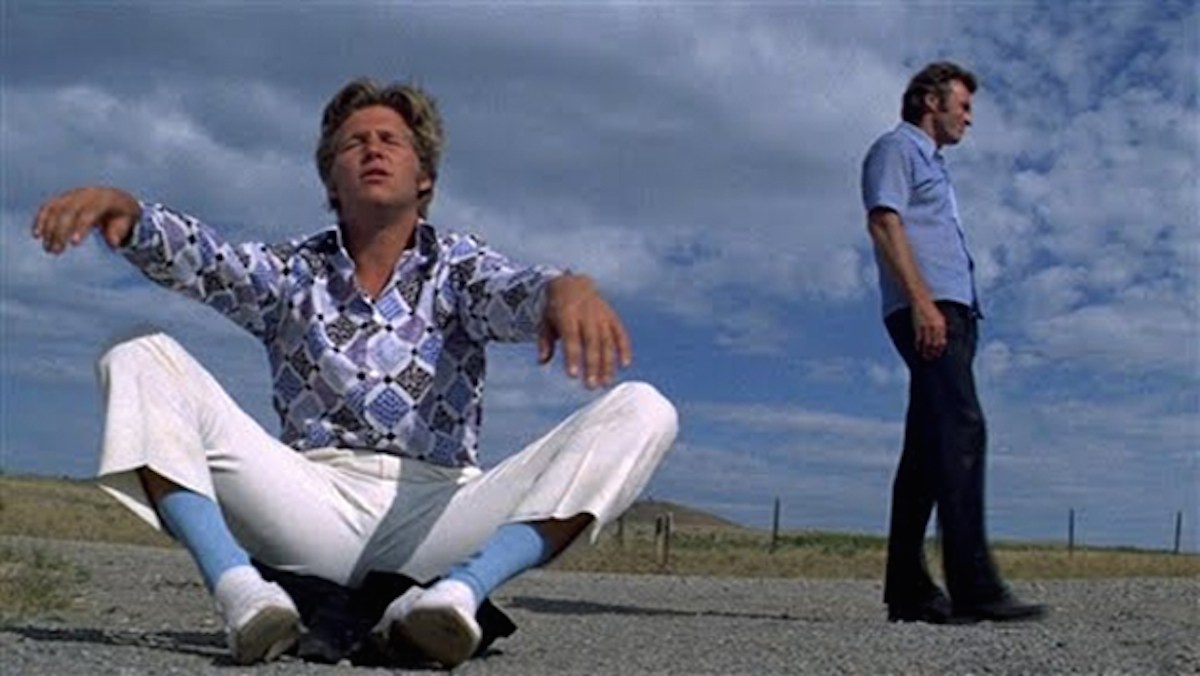 Michael Cimino's directorial debut could have used a copy editor for the opening credits, which cite "Garey Busey" and "Claudia Lennear" as cast members. This is a nifty presentation of a nifty, odd movie, and one that boasts superb performances from leading men Clint Eastwood and Jeff Bridges, and maybe a career high in loathsomeness for George Kennedy. Look at the good, solid grain in the blue sky of the opening sequence and be assured you've got a widescreen high-def winner. The commentary from Twilight Time co-founder Nick Redman, essayist Julie Kirgo, and secret weapon/screenwriter Lem Dobbs is, as is becoming usual, a good deal of fun: the three not only debate the movie's various, um, subtexts, but also discuss its debt to an obscure Douglas Sirk film. —A-