One of the last times I saw Jim Ridley, he was standing in a multiplex lobby, surrounded by friends and fans, recounting the plot of some bonkers B-movie he’d just discovered. I can’t remember the name of the film. I will always remember Jim, eyes wide, bouncing up and down as he described an action sequence so wild that I was half-convinced he’d dreamed it. This was a common Jim Ridley phenomenon: Once again, he’d found something amazing that hardly anyone else knew about yet; and once again he was describing it with the words of a poet and the guileless enthusiasm of a 7-year-old.

If you follow film at all, you’ve probably seen Jim’s name pop up a lot over the past weeks, as movie critics around the country first sent positive thoughts his way after he suffered a cardiac failure that left him comatose, and then mourned him after he died. But you may not know much about the man himself, because Jim rarely had a national platform. He started writing freelance film reviews for the then-fledgling alt-weekly Nashville Scene in 1989, when he was 23 years old, and he stayed there, through good times and bad, until he died at age 50—by which time he’d become the editor of the entire paper. Sometimes, when the Scene was part of a larger chain, his work would appear in other cities’ alt-weeklies. He also wrote the occasional article for other publications. I highly recommend his Criterion essay on "The Umbrellas of Cherbourg," which is a typically wonderful mix of the analytical and the personal.

But mostly Jim Ridley wrote for Nashville—which is how he wanted it. On the same night that he held court about that wild, unsung genre picture, I pulled him aside to let him in on a secret: that I was joining with some of my friends on an as-yet-unannounced new film site that would be called The Dissolve (though it didn’t have a name then). I told him that we really, really wanted him to write for us, to share his passion, his personality, and his insight with an audience who might otherwise never have known him. He turned me down, graciously. His job kept him too busy. And the old-fashioned romantic in him was pleased with where he was. Who these days gets to spend their entire career writing and editing one highly respected publication? 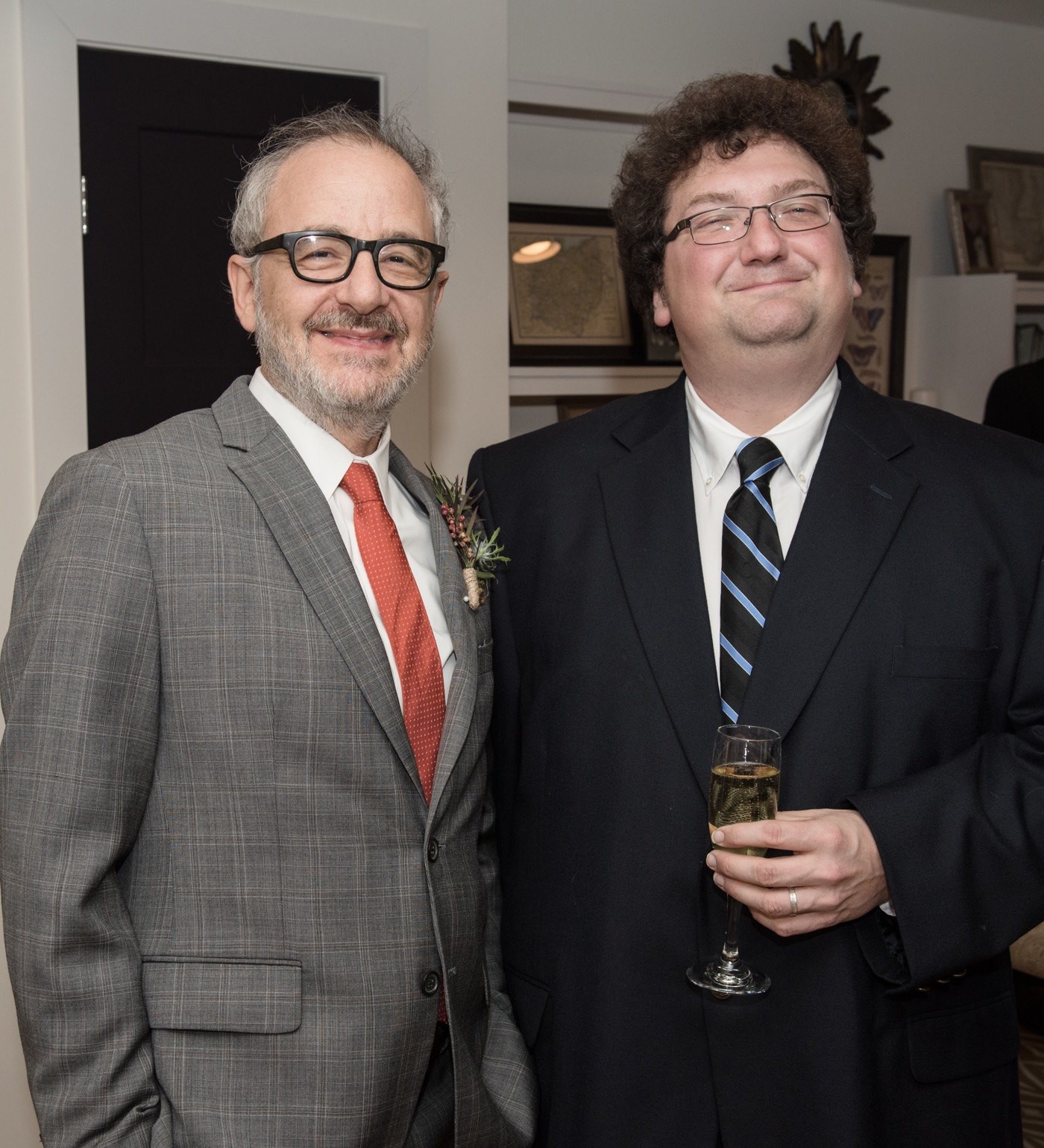 To understand Jim's impact, just look at the Twitter mentions for “Jim Ridley,” or the comments on the Scene’s obituary. The mayor of Nashville offered her condolences. Many us can expect to be mourned when we pass. Very few of us will have the mayor of our city weigh in on social media.

But that’s a measure of what Jim meant to his hometown. Nashvillians spent 25 years letting Jim guide them to hidden gems at the local cinema, and listening to him share his excitement for high art and pop trash. I sat next to Jim when the Nashville Film Festival showed Bela Tarr’s "Werckmeister Harmonies"; and he and I laughed our stupid heads off at Jean-Claude Van Damme’s "Sudden Death." Jim hipped me to Seijun Suzuki and Jackie Chan, and if he heard I was going to be in town for a few days, he’d say something like, “Oh, you should really check out "Beau Travail" at the Belcourt.” Jim had ecumenical tastes, and a down-to-earth way of expressing them—like he’d just stumbled across something too good not to share.

As Nashville grew, and became one of the hippest cities in America, Jim could always be counted on to know the best taco stand, the best “meat-and-three,” the best hot chicken, the best unsigned rock band, and the best place to take your kids for an afternoon. On Twitter after Jim passed, one of our mutual online friends from Toronto recalled that when he visited Nashville, Jim invited him to a party, took him CD shopping, and told him where to get great popsicles. I know for a fact that the two men had never met in person before that day. Jim just wanted everyone to love Nashville the way that he did.

I don’t want to give the idea that Jim was soft. He panned plenty of movies; and he had a dark, wicked sense of humor. He loved hard-edged exploitation films—the sicker the better—and he had a frightening facility for tasteless puns. He’d be mortified whenever I’d tell this story (and I’ve told it a lot), but one of my favorite Ridley memories is of a time at the Scene offices when a writer was struggling to come up with a headline for a horrific news item about a child who’d died in a hot car. Without missing a beat, Jim suggested “Tot Roast.”

What made moments like that so funny is that Jim wasn’t mean-spirited in the slightest. If anything, he was so kind he could drive a person nuts sometimes. It was impossible to have a conversation with him in public in Nashville without a half-dozen other people (at least) coming up to chat. Jim felt obliged to give each of them his full attention. When he talked to friends one-to-one, he was so sensitive that it wasn’t unusual for him to burst into sympathy tears when he heard about somebody’s troubles. He felt everything intensely, and treated nearly everyone who met him like a lifelong companion. I considered Jim one of my closest friends, but I always knew that many, many others could make that same claim. He loved his wife Alicia and his children Kat and Jamie so much, but it couldn’t have been easy for them to share his affections with an entire city.

(In fact, I’d urge anyone with means to help the Ridley family with their medical and funeral expenses by contributing to the Scene’s GoFundMe campaign. Journalism isn’t a lucrative business, even for an editor, and Jim was always willing to give away to others what little he had. John Prine and his wife Fiona donated. Do you think you know better than John Prine?) 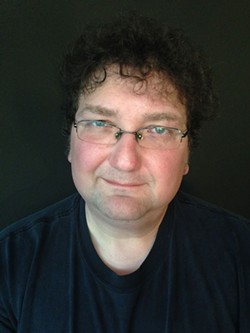 As a writer, JIm penned passionate essays about his favorite films, from "Jules and Jim" to anything by Brian De Palma. For as long as I knew him, he kept a sign above his computer that read, “Can you say it as plain as Hank Williams?” He had a way with words, but Jim’s work was rarely fussy or florid. He wrote exactly what he thought—and he thought deeply and deliberately. If he disagreed strongly with another person’s opinion, he’d say so, but always in a pleasant way, and only after listening carefully.

As an editor, Jim had a way of understanding what his writers were getting at, sometimes better than they did themselves. He’d send back drafts with a few simple tweaks and rephrasings that made pieces remarkably better. But he didn’t like to run that final version until he got the okay from the author. That’s one of the many reasons that he inspired loyalty in the people who worked for him, whether they were Scene staffers or freelancers he only used a few times a year. Many writers and editors who started at the Scene (including me) later left the paper and/or the city, doing very well elsewhere because they’d had Jim as a mentor.

He recognized talent, and made writers feel like they were on a team with the best of the best. Critics around the country are mourning Jim because many of them were on the receiving end of phone calls or e-mails from him during some of the lowest times in their careers. If they’d just lost a gig, he’d ask if they wanted to contribute something to the Scene, and would make it seem like they’d be doing him a favor. Even after he had the responsibility of running the entire paper, Jim still edited the film section, and managed a stable of contributors that at times has included some of the best-known critics in the country: Bilge Ebiri, Mike D’Angelo, David Fear, and Joshua Rothkopf. He paid attention to what his friends and colleagues loved, and tried to match them to reviews where they could shine. Even my wife Donna Bowman—an academic who does criticism more as a hobby—could expect a call from Jim whenever Nashville had a retrospective screening of a Michael Powell and Emeric Pressburger picture, just because he loved to read whatever she wrote about those films.

I was fortunate to meet Jim when I was 22, fresh out of college. He didn’t know me, but he knew I’d been doing some writing about music for the Scene, and he knew I loved cinema. He gave up some of his space each week to let me review movies, and he kept me in the column even when I was lousy. He praised me to the skies whenever I came up with a good line, and helped me through the rougher patches by sending pieces back with probing questions and comments. He even gave me a stern talking-to at one point early in my career when he felt I was turning in lazier and lazier work, taking advantage of our friendship. After that, I started paying close attention to the changes he was asking me to make week after week. I learned to try to come up with evidence to back up assertions. (Don’t just say a movie is “funny,” quote a funny line; don’t just say the action sequences are “exciting,” describe them.) And I learned that honest insight trumps smug dismissiveness, nearly every time.

More importantly, Jim taught me invaluable lessons about what really matters, in life and in our business. Whenever I make an effort to be friendly with readers and colleagues, and whenever I try to help younger writers, it’s all because of the example Jim set. Many’s the time I’ve been touched and impressed by the lengths he’d go to get the most out of life. He’d stay overtime at work and then be up well into the wee hours to catch some rare movie on TCM, or to share one of his favorite films with his kids. Then there’s all the time he set aside to be sociable. Cinephiles should definitely do all they can to read everything Jim’s written. But they should also know that the hours he could’ve spent writing reviews and essays for major national publications were often spent taking an old friend out to dinner (and picking up the check, even though, I must reiterate, Jim was not a wealthy man). That was as much a part of his legacy as what got published.

I was supposed to see Jim last summer when I visited Nashville with my family. We were going to meet at a concert, at the city’s new riverfront amphitheater. Elvis Costello (who was maybe Jim’s favorite musician of all time) was opening for Steely Dan (whom I’d finally turned Jim onto, after he’d made fun of them in my presence for years). But one of his wife’s relatives died unexpectedly, and he left the show before we met. He apologized later, because that’s what Ridley did: He took personal responsibility for someone else’s mortality.

So as it turned out the last time I saw him was a few months earlier, at the Nashville Film Festival, where we had dinner with Jim Brunzell, a programmer for Austin’s gay and lesbian film festival. As soon as my Jim found out that the visiting Jim was vegan, he recommended an Indian restaurant that was, predictably, excellent. That night the three of us talked about movies, writing, Nashville, and our friends and families.

The food was great. The company was better. And I’m telling you, truly, that I’m sorry you weren’t there.