As we commemorate four years without Roger's words, we wanted to know from our readers what blog posts and books written by Roger mean the most to them. Below are just a few of the submissions that we received over social media and in our comment section.

Aside from film reviews, Roger connected with his readers through his numerous blog posts, which covered a wide array of different subjects, but always with the same heart and mind. As Marco Garcia Ballare (@magarcia34) noted:

One of the most popular blog posts mentioned when we asked readers to pick their favorites was "Books Do Furnish a Life," published on October 5, 2009. It was a dedication to Roger's avid reading with a passion that many responded to:

Another popular blog was "This is the Dawning of the Age of Credulity," which Roger wrote “to discuss the gradual decay of our sense of irony and instinct for satire, and our growing credulity.” Reader Adam Kline (@thekliner) said:

A post that resonated with twitter user @letterboxed is one that Roger wrote about feelings and Elevation, "I Feel Good! I Knew that I Would!":

One of Roger's most popular blog pieces has always been his essay about gun control, "The Body Count," published July 20, 2012. As Alexander Graetzer (@alexgraetzer) expressed:

Viewers in particular responded to how Roger wrote about faith, like with the April 17, 2009 post “How I Believe in God.” Twitter user Simone (2cents_) shared its personal significance:

Another blog post, “A Prayer Beneath the Tree of Life,” resonated with reader Gio Crisafulli. He said this about the piece: 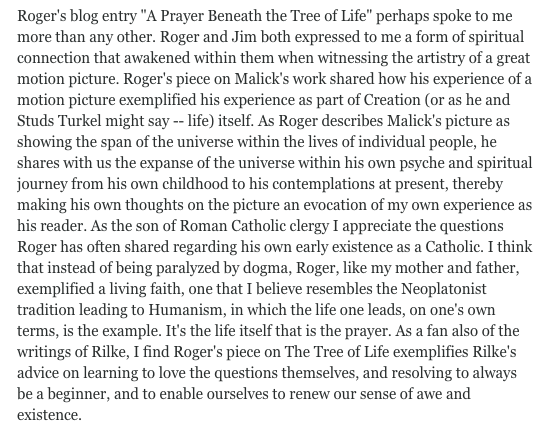 Commenter Noah Desmond Franc wrote this about the importance of Roger’s writing about faith:

There was a lot of love for what might be Roger’s ultimate text, his 2011 memoir “Life Itself.”

Kevin Hall (@skhall), cited this passage from the book: 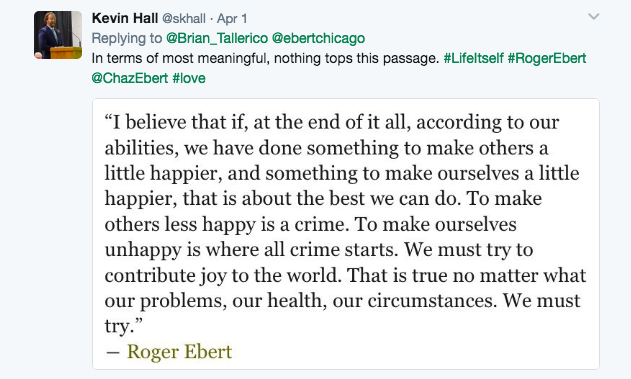 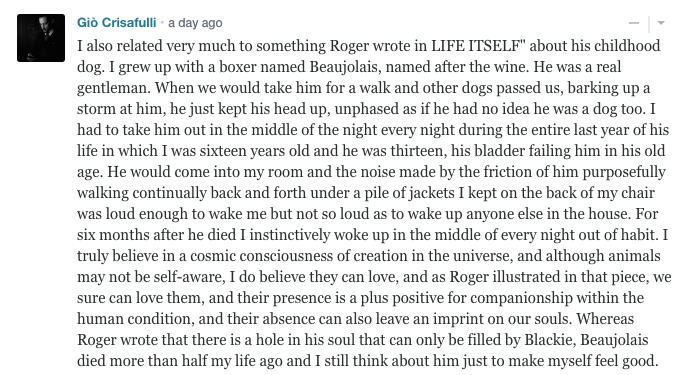 The documentary made from the book by Steve James gave viewers a special look into his life. As commenter Arizona1979 said:

One of Roger’s most famous blogs was “Go Gentle Into That Good Night,” as published on May 2, 2009. Many readers cited this very famous passage about kindness: 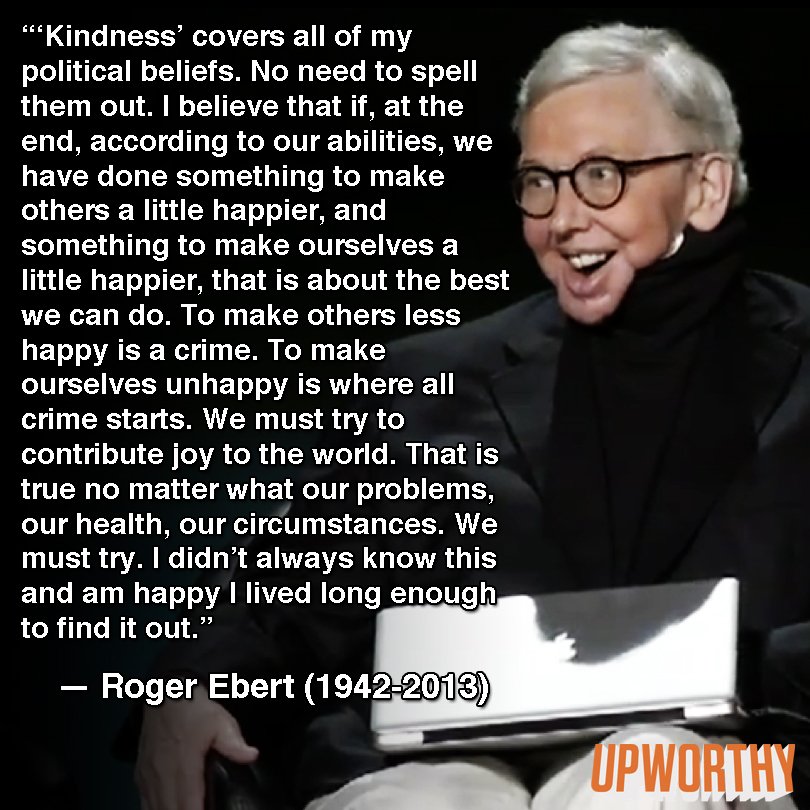 Far more than just a critic of film, Roger was known for talking about so many different facets of life, as reflected in his blogs and books. Even his book about using a rice cooker, "The Pot and How to Use It" was listed as a favorite: