Mother’s Day I awakened to spirited calls from my children and grandchildren. As Roger wrote in his memoir, “Life Itself,” I came from a large family of nine, and I had four brothers and four sisters. I lost two brothers and two sisters, so I have become a mother figure to some of my nieces and nephews. Those who live in town usually join with us in celebrating the day.

Roger liked Mother’s Day for getting the family together and frequently that meant going out for brunch. It was his chance to have a built-in audience to laugh at his jokes while we presided over the extended clan.  Even when he couldn’t eat except by feeding tube he liked gathering the group together for an adventure on the whisking elevators to the Signature Room on the 95th floor of the John Hancock Building where we looked out over the city of Chicago while dining on rack of lamb. 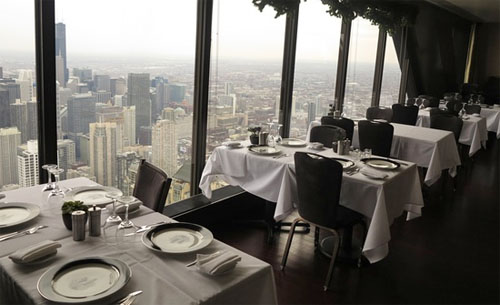 Yesterday I was drawn in memory back to the day my son Jay was born. I loved being a mother, though I was still a college student at the time. I remember washing diapers by hand and being mesmerized by his perfectly shaped fingers and toes and his big smile. Then daughter Sonia came along with a head full of black curly hair and healthy lusty lungs. Both children were super cute and adorable.

Roger and I started dating when they were in high school. When our relationship became serious I advised him to make friends with them on his own, not using me as an intermediary. That was wise advice. They bonded as friends before he became their stepfather, and when their children were born he became Grandpa Roger. We never thought of them as “step-grandchildren.” I thought about all of this as we celebrated our first Mother’s Day without Roger. I took refuge in his article from our twentieth anniversary, which then cued the waterworks. I realized in a profound way how each word was permeated with love. Everyone deserves to have a love letter written about them. https://www.rogerebert.com/rogers-journal/roger-loves-chaz

I am recounting all of that to tell you this, I have decided it is time to take down the big  “In Memoriam” banner across the top of Rogerebert.com. If it were solely up to me, I would leave it up indefinitely as I love logging in several times a day and seeing that huge photo of Roger giving the Thumbs Up and holding his star from the Hollywood Walk of Fame. We will still honor his memory with the memoriam banner on the homepage, but smaller. Please permit me that indulgence. But as Roger announced, this website should be an exciting, ever-changing interactive adventure that will keep you up to date on all things movies. And keeping the site lively will be paying homage to the man who was so good at connecting with his readers through his reviews and blogs.

The Cannes Film Festival starts Wednesday, May 15, and between our correspondents we will have daily coverage. Barbara Scharres of the Gene Siskel Film Center of the School of the Art Institute will cover the movies in the main competition for the Palme D’Or, and the Un Certain Regard sections. One of our Far Flung Correspondents, Michal Oleszczykyzk, a celebrated critic in Poland will also provide coverage. Ben Kenigsberg, a critic who has written for Time Out Chicago, the Village Voice, Indie Wire and other publications of note will be reporting on Director’s Fortnight and Critics Week and the scene at Cannes. And Scout Tafoya will post video essays on specific years of Cannes past, in a retro format that will both please and inform you.

This week will bring announcements of editors and writers who will serve in an interim capacity as we gear up for new and exciting things. So drop in and enjoy. It’s what Roger would have wanted.