Love Itself: My Year Without Roger

A year ago today, my sweet Roger transitioned out of this world into the next. April 4, 2013, was one of those days when nothing went as planned, and when things changed forever. I had gone to the Rehabilitation Institute of Chicago with my daughter, Sonia, and filmmaker Gregory Nava and his fiancé Barbara, excited and intent on bringing Roger home. I'd left the heart-shaped wreath I had bought Roger for Valentine's Day hanging above the fireplace, where it remains today. One day it will lose its luster, as symbols of love do. But love itself is not that way. Love is eternal. 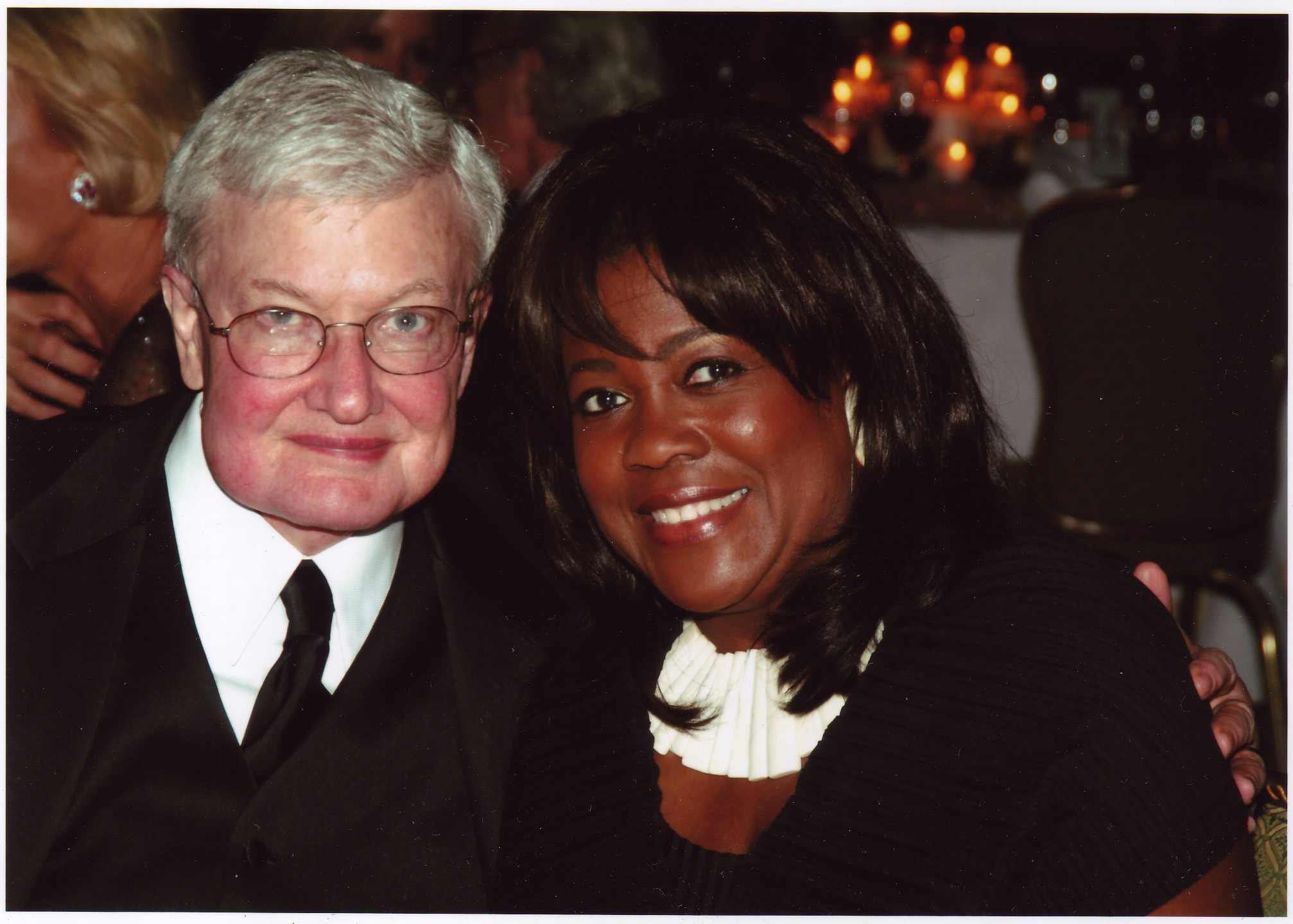 In the last 12 months, I have traveled extensively, attending a myriad of ceremonies to honor Roger and to preserve his legacy. During some of these travels I have felt the sadness of others who have shared their loss and grief with me. Roger has been with me every step of the way. His presence is felt and it's what has kept me strong, along with the steady support of extended family (both my own and Roger's) and friends– and the lovely outpouring of encouragement from Roger's fans.

Fortunately, the constant stream of commitments kept me busy in the beginning. Just a couple weeks after Roger's funeral and memorial tribute, I welcomed our guests at Ebertfest in Roger's hometown of Urbana-Champaign. One of my favorite healing moments in the midst of profound grief was when actress Tilda Swinton led the audience in a group dance to an infectious Barry White tune. Everybody caught the fever, and rose to their feet, dancing and clapping as White sang: "You're the first, my last, my everything." 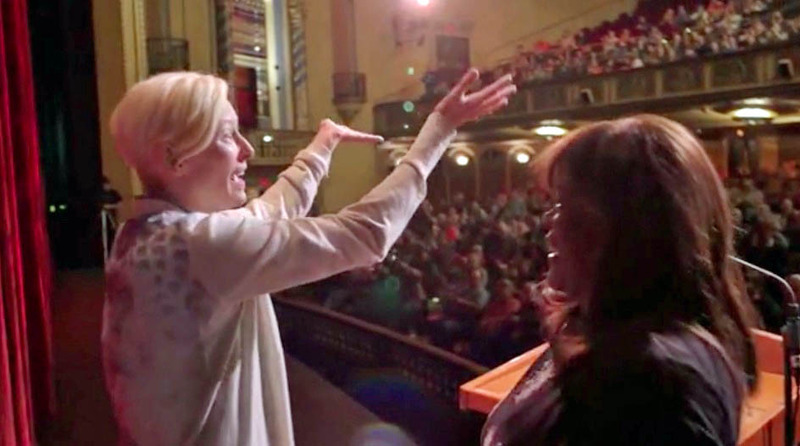 Even in my grief, I wasn't immune to celebrating Roger through movement. I threw my arms up in the air and danced across the stage as Tilda made her way through the crowd. In those moments I felt free of the heavy cloud of pain and heartbreak, and I know Tilda felt the same as she had recently lost her mother. Being in the presence of such uplifting people while we danced and watched movies programmed by Roger kept me going. Gave me a reason to put one foot in front of the other. And now I am looking forward to maintaining the film festival Roger loved so much. On April 23 we will hold the 16th Ebertfest at the Virginia Theater. And on April 24 Donna and Scott Anderson will unveil a statue of Roger that Donna conceived of when she was in the hospital for a heart transplant. So, literally, this sculpture comes from the heart. How humbling.

Not all moments were joyous like that, of course. Weeks later, I broke down at the Golden Door retreat during a yoga class, reminded that physical movement and deep breathing can also draw out emotions we try to suppress at the worst possible times. Nat King Cole's performance of the romantic song "My Funny Valentine" triggered deep emotions and I found that a good cry was the best prescription. 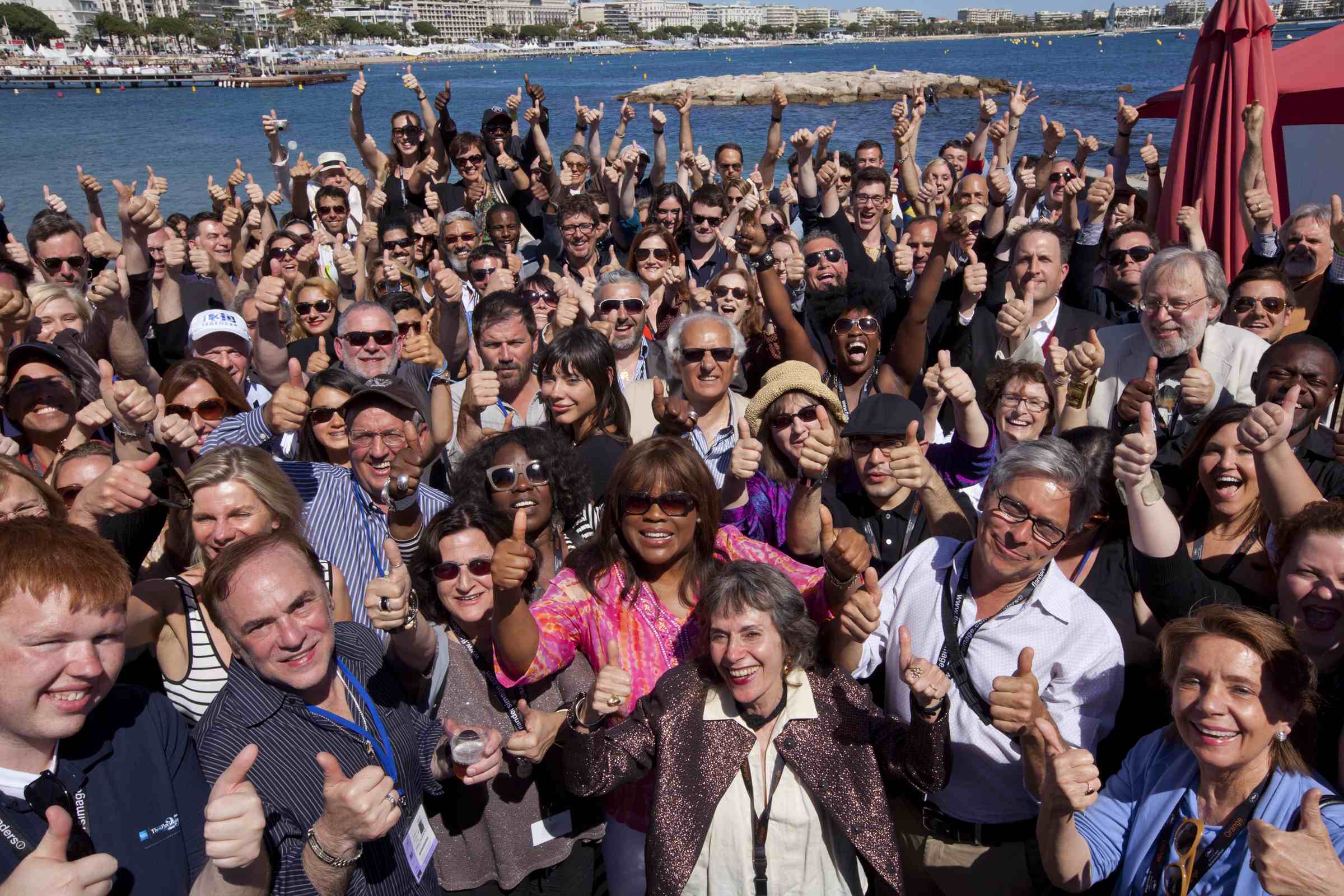 I returned last May to the Cannes Film Festival. It is one of my favorites because of the quality of the films, and also because nearby in Monte Carlo is where Roger proposed to me. It just felt right being there where Roger and I had spent so much time together over the years. Julie Sisk of the American Pavilion gathered all of the inhabitants from the Roger Ebert Conference Center for a "500 Thumbs Up" photo on the beach. It occurred to me that the best view of the group shot was from above. In addition to having a conference center named for him in France, there is also the Roger Ebert suite at the Hotel Splendid, the hotel along the Croisette where Monsieur Ebert stayed for over 30 years.

Habit and a sense of duty propelled me forward as I worked with my editors Matt Zoller Seitz and Hank Sartin to oversee the publication of Rogerebert.com, the very beautiful and informative online magazine of movie reviews Roger and I had just completely overhauled with Josh Golden, the whiz kid from Table XI. I take seriously the duty to uphold Roger's high standards and it has been a labor of love to work with talented writers who also share Roger's love of film. And I am exhilarated when we can post our favorite essays and reviews by Roger. He was so prolific and he wrote like a dream. I am surprised by how much I miss his movie reviews. The real essence of his work, however, is that when he wrote he engaged both his head and his heart simultaneously.

I've collected a dozen awards in the past year in Roger's honor at film festivals in Chicago and Telluride and Toronto and Hawaii, and at universities and venues in Georgia and Texas, New York, Illinois and California. The African American Film Critics Association gave the first Roger Ebert award to an Asian-American film critic at Variety, Justin Chang. Robert Redford paid tribute to Roger last year in Los Angeles, and Roger's alma mater, the University of Illinois, gave him the Lifetime Achievement Award in Journalism earlier this year. It has been bittersweet. How I wish those awards could have been given to Roger in person. But I am not complaining, for Roger was very fortunate to receive many accolades while he was still here to appreciate them. And I am so grateful that people recognized his authenticity.

My heart is filled with such gratitude by carrying on some of his works through philanthropy. It was so satisfying to interact with the Ebert Scholars, students we supported in conjunction with Sundance and Indiewire. And I learned so much from the students in the Columbia College Links program and the Chicago Urban League. Roger's personal touch reached across wide demographics and I have been amazed by how much younger students related to him as well as older movie goers.

I think people have learned more about Roger since his death than they knew about him in life, such as the fact that he was a writer of film and plays. Last year, Victory Gardens Theatre in Chicago performed a screenplay Roger wrote back in 1993 called Sex, Lies and Theatricals on its 20th anniversary. And the film world gathered for a special screening in L.A. of the film "Beyond the Valley of the Dolls," for which Roger wrote the screenplay. And no doubt people will learn even more when the documentary film, "Life Itself," opens in July in theaters. 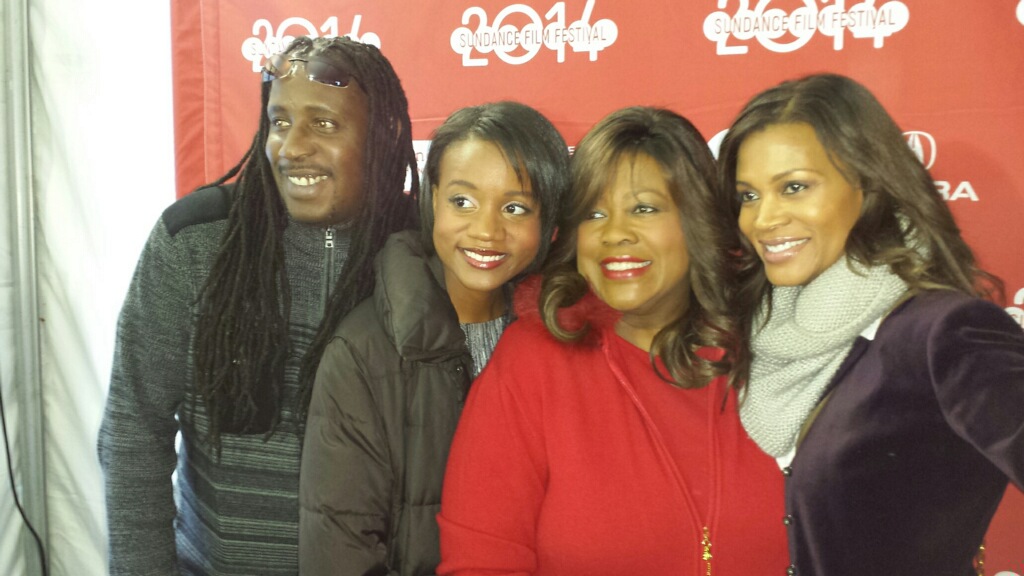 That magnificent film put my emotions to the test, but my son Jay, granddaughter Raven and my daughter Sonia saw me through. I attended the Sundance Film Festival in January for the premiere of the film directed by Steve James of "Hoop Dreams" fame. Filming began in the last four months of Roger's life. Roger cooperated fully, making his life an open book. It was important to him. And it was important to me to see the finished film for the first time as Roger had viewed countless others, with an audience at Sundance. Oddly enough, the audience felt like a protective shield and I also imagined the energy of all the people at home streaming the movie at the same time as the Sundance screening. Roger would have been absolutely delighted by this.

Widow is a word that I have yet to fully embrace at this one year mark. How could I? There are days when Roger's presence warms me like the sun. Although reality has set in that this is permanent, and that Roger will never walk the earth with me again. What I suppose I'm most grateful for in this year since my beloved husband left us is that I have no regrets. How could I when I was married to a man who called me his "angel. " And how could I begrudge his flying free from the shell that had grown too small to contain his spirit. He is free. He has merged with the universal love and oneness from which it is said we were all derived.

If I had a gift to the world, it would be that every man, woman and child experience true, transcendent love. I know that I did.

Read an interview of Chaz with Mark Caro of the Chicago Tribune.

Watch an interview with Chaz by NBC5 Chicago's LeeAnn Trotter.

Watch a watercolor painting being created of Chaz and Roger.