“This Friday is the second annual Character Day, and it’s a great opportunity to celebrate America’s students – students like DeAndre in Milwaukee. DeAndre was always driven to learn, but often bullied. His school didn’t have the supports or resources it needed to help all students succeed. But DeAndre stuck with it. And he built on his tenacity with a little help from College Possible, a nonprofit working with students to help them get to and through college, and one of our partners through the Department’s Investing in Innovation fund. College Possible partnered with DeAndre’s school to help create an environment where more students would be ready for college and their careers. That meant not only coaching students through the mechanics of preparing for college, but also reinforcing students’ sense of purpose and deep understanding that focused efforts now will lead them to a brighter future. When students are inspired by their work and believe that diligent efforts can lead them to success inside and outside of the classroom, they connect present-day learning to lifelong goals, and live out the experience that intelligence can grow through hard work. These key skills not only prepare students for college and careers, they also are two key ingredients for long-term success according to new research, particularly for students who may be falling behind. And these are just two among the many learnable skills that that educators and researchers now describe as character education, socioemotional learning or non-cognitive skills.” 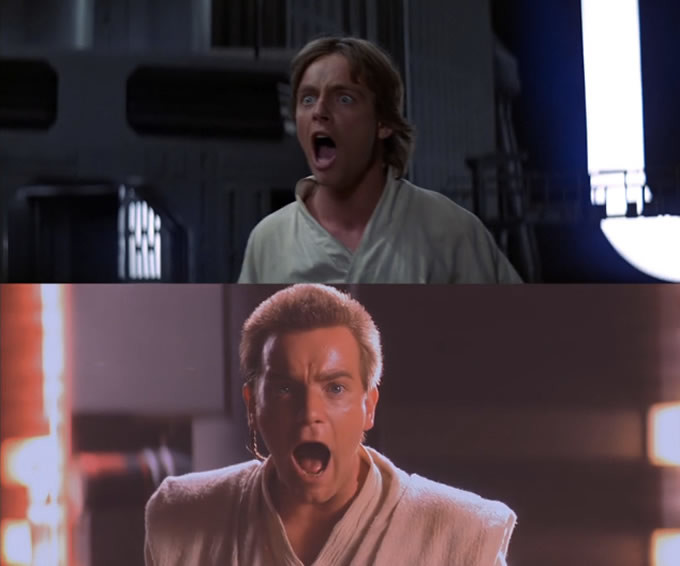 “Others have argued in favor of visual symmetry. By far, the most extensive is the Star Wars Ring Theory. Have you read it? If you’re into this stuff at all, it’s absolutely fascinating. Mike Klimo unpacks every minute facet of the ‘Star Wars’ prequels to prove they follow a ‘ring composition’ form, a storytelling structure often used in ancient myths. The easily-explainable example Klimo uses is “ask not what your country can do for you, but what you can do for your country”- an idea that plays forward, hits a midpoint and follows through to the end by repeating everything you just read in reverse. ‘Episodes I,’ ‘II’ and ‘III’ are the forward, and IV, V and VI are the reverse. ‘The Phantom Menace’ concludes with a celebration among cutesy cartoon Gungans? ‘Return of the Jedi’ concludes with a celebration among cutesy cartoon Ewoks. It’s like poetry, so that they rhyme. Without the power to read minds (or at least the power to sit down with Lucas and ask), we can’t know for certain that he designed the prequels to be the starting rings of a centuries-old mythological framing device. Although I’d say that Klimo proves it about as well as anyone can. But if it’s true… are the ‘Star Wars’ prequels better films because of it? Taken in a three and a half minute dose, I’d say ‘no,’ but I’ve never watched all six in sequence. Maybe that changes things.” 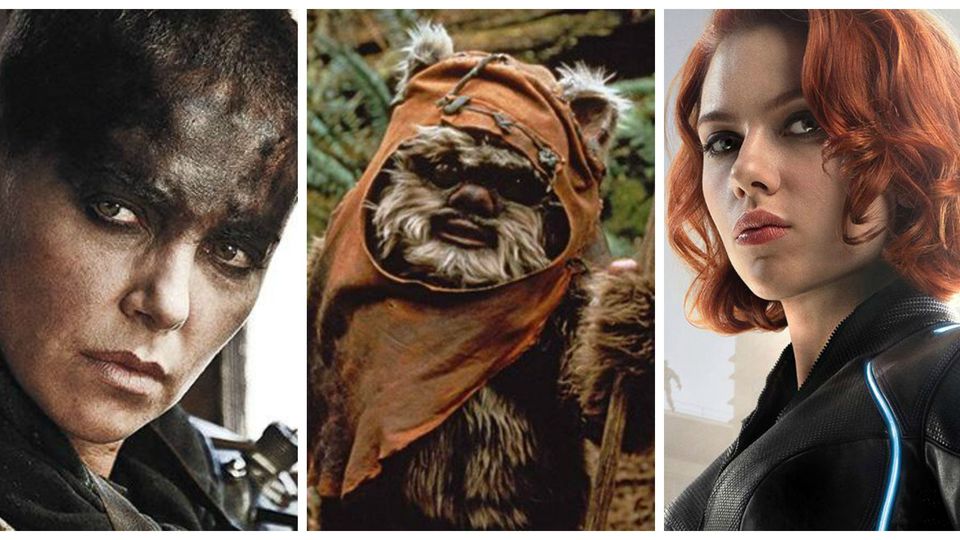 "If you like 'Return of the Jedi' but hate the Ewoks, you understand feminist criticism": An essential essay from The A.V. Club's Caroline Siede.

“‘Return Of The Jedi’ is great, but the Ewoks are so annoying.’ That’s a pretty common refrain from ‘Star Wars’ fans. In fact there are whole fan edits dedicated to removing the little fuzzy bears from the film’s climax; I can only assume they’re made by the most hardcore of ‘Star Wars’ lovers. The idea that a movie can be good despite its weaker elements is one of the most basic tenets of film criticism. Yet when it comes to dissecting films from a feminist viewpoint, we seem to have trouble keeping that in mind. When I tweeted about my frustration with the female characters in ‘Dawn Of The Planet Of The Apes’ (one human, one primate, both of whom contribute very little to the plot), a friend replied, ‘Sorry to hear it’s a bad movie.’ But it isn’t a bad movie. In fact, it was one of my favorite action blockbusters of last summer. Yet my specific feminist frustrations were extrapolated into a larger condemnation of the film. No one assumes that critiquing the Ewoks means you dislike ‘Star Wars.’ So why did my complaints imply I hated ‘Dawn Of The Planet Of The Apes’?We’ve fallen into an all-or-nothing rut with feminist criticism lately. Battle lines are immediately drawn between movies that are ‘feminist’ (i.e. ‘good’) and ‘sexist’ (i.e. ‘bad’). And that simplistic breakdown is hurting our ability to actually talk about this stuff.” 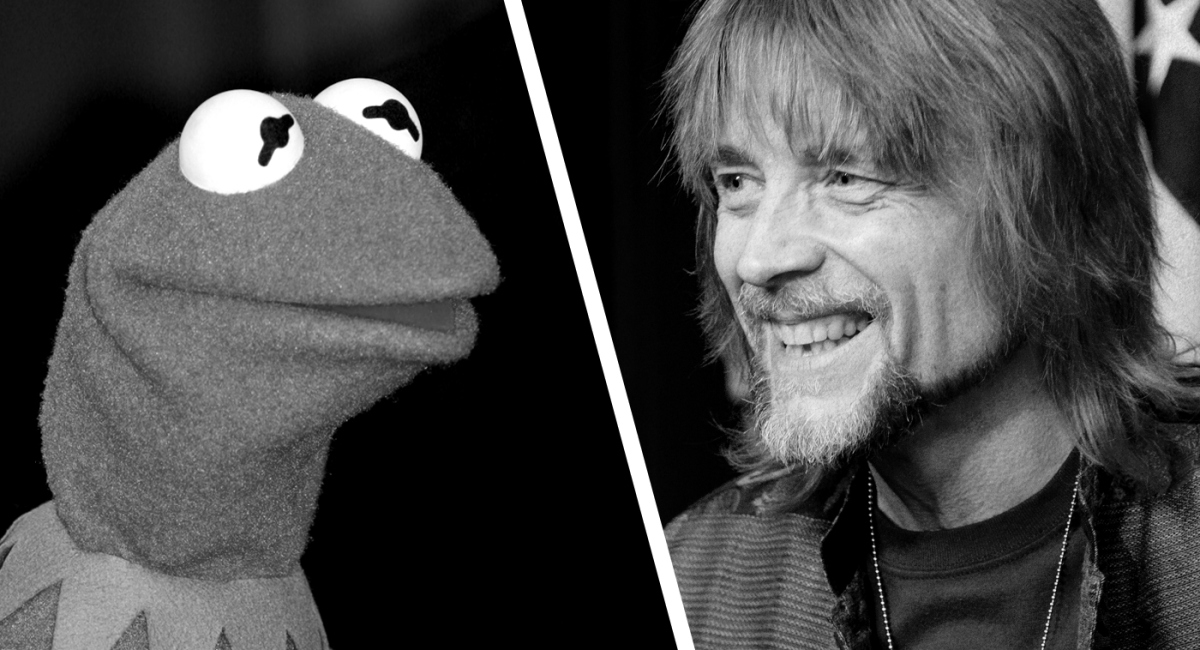 "On the Other Hand": At Longreads, Jon Irwin presents an in-depth profile of the brilliant Muppeteer Steve Whitmire.

“Summer, 1990. Steve Whitmire was inside his home north of Atlanta when he received a package in the mail. He pulled the contents out of the box. He stared at the mouth, the hands, the green felt body and limp legs. He smelled … his friend and colleague, Jim Henson. Months after the public memorial, and after Henson’s body was cremated at Ferncliff Cemetery and Mausoleum, this empty, lifeless form held the slightest scent of his famous creator within its frog shape, first stitched together nearly 40 years prior. A teen Jim cut scraps from his mother’s old turquoise coat and accidentally started an empire. Now the familiar face stared back at Steve, its mouth open for no reason. Henson’s son Brian and then-interim company president was asking Whitmire to continue his father’s legacy. Whitmire was 30 years old. He stuck Kermit in a cupboard and did not look at him for weeks. Jim Henson died early in the morning on May 16, 1990. His creations entertained children and their parents even before joining ‘Sesame Street’ in 1969, developing The Muppets into unlikely felt superstars. With his trademark beard and 6-foot-3-inch frame, Henson appeared from a distance like a lanky, affable lumberjack. As a human, he was charming and driven, ambitious yet calm. But as one of his puppets—strange creatures that beguiled audiences into learning and loving a bit more than before—he became something else. When he died, so too did the voice and body of bathtime-loving Ernie and Kermit the Frog.” 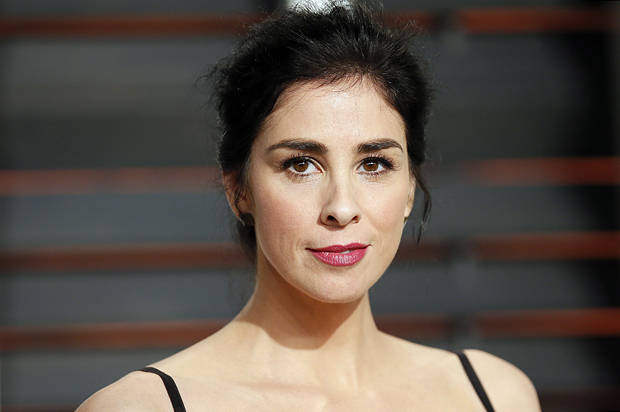 "Sarah Silverman pushes back against 'creepy P.C. culture' backlash: 'You have to listen to the college-aged, because they lead the revolution": Salon's Anna Silman reports on the actress's recent comments made to Vanity Fair.

“In a recent interview with Vanity Fair promoting her Toronto International Film Festival film ‘I Smile Back,’ Sarah Silverman addressed the issue raised by comics like Bill Maher and Jerry Seinfeld who accuse political correctness of ruining stand-up comedy. ‘To a degree, everyone’s going to be offended by something, so you can’t just decide on your material based on not offending anyone,’ she explained. ‘But, I do think it’s important, as a comedian, as a human, to change with the times. To change with new information… I think it’s a sign of being old when you’re put off by that.’ By way of illustration, Silverman spoke out about how she used to argue about being allowed to use the word ‘gay’ as a pejorative term. ‘And then I stopped myself and said, ‘what am I fighting?’ I have become the guy from fifty years ago who says ‘I say colored, I have colored friends!’’ She acknowledges that it wasn’t difficult to eradicate the term from her vocabulary. ‘I don’t even think about it, it didn’t take long to get used to it.’” 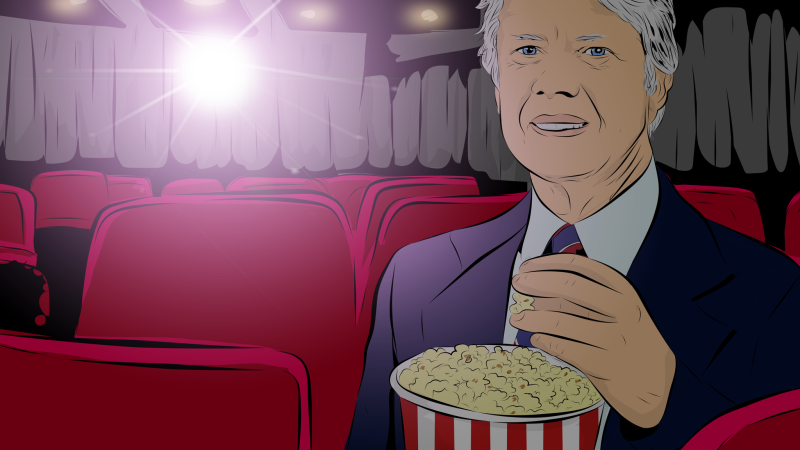