Cluttered and implausible, the series premiere of NBC’s “State of Affairs,” airing tonight, November 17th, after another sure-to-be highly-rated episode of “The Voice,” hints at the show that could be engaging underneath the poor filmmaking and even more frustrating writing and performances. Katherine Heigl grits her teeth as if determination and intelligence are the same thing, while the always-great Alfre Woodard looks like she signed up for a show she thought would be more interesting. Directed by underrated filmmaker Joe Carnahan (“The Grey”), the massively recut premiere of “State of Affairs” (it’s in very different form from the original pilot I saw six months ago) still falters by comparison to the shows that inspired it, including “Homeland” and “The West Wing.” To be blunt, it’s just not nearly as smart as either, and tries to disguise that with false intensity and hyperactive production values. Don’t fall for it. 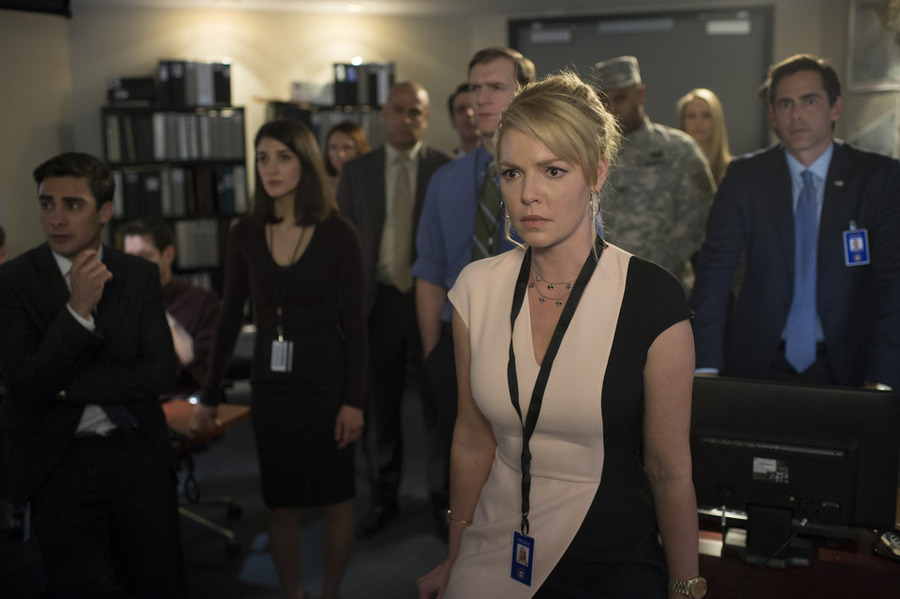 A miscast Heigl is in deep, over-her-head water as top CIA analyst Charleston Tucker (Charlie for short). Like Carrie on “Homeland,” Charlie is dealing with the trauma of a perceived mistake that led to tragedy. She was in a convoy in Kabul a year ago with her fiancé, who also happened to be the son of President Constance Payton (Woodard), when their vehicle was attacked and her lover was killed. “State of Affairs” opens with this intense scene, something I imagine NBC hopes will glue viewers to their seat in an explosive change of pace from their hit reality singing competition. It’s like going from karaoke to “Call of Duty.”

A year after the death of the President’s son, Charlie is living life on the edge, drinking too much and sleeping with strangers. There are also those at her job who are convinced that her head isn’t fully in the game anymore. She’s reckless, but not Carrie reckless. She never quite sells the idea that Charlie is unstable in any way. She looks too good all of the time. She’s NBC reckless, not Showtime reckless. 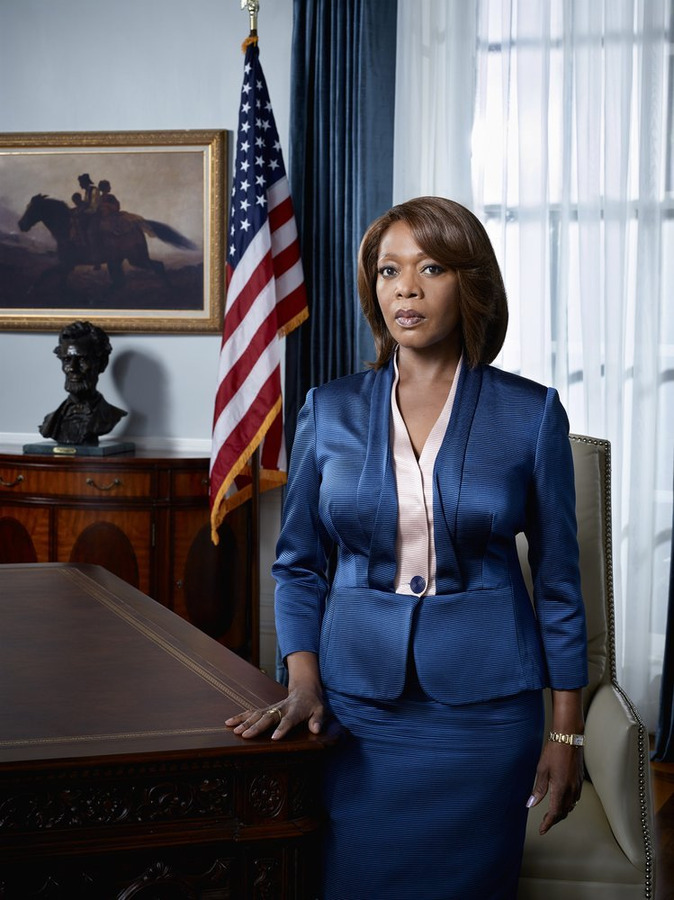 While you sleep, Charlie heads a team of CIA analysts in the assemblage of the President’s Daily Briefing, the “book” that highlights everything the intelligence agency has learned in the last 24 hours—possible terrorist chatter, updates on violence around the world, etc. On our first night with Charlie and her team, they discover two major events—the kidnapping of a doctor by an ISIS-like group who will likely behead him in the next few hours and information on the whereabouts of a key terrorist target. Save the doctor or kill the terrorist? Of course, “State of Affairs” takes place in a world in which doing both is impossible. It wouldn’t be entertaining otherwise.

The suspension of disbelief required to enjoy “State of Affairs” is remarkable. Not only are we asked to believe that a top CIA analyst is making so many key decisions without consultation but that she’s doing so in a red carpet-ready outfit while trying to escape pursuers attempting to detain her. This is a program that reimagines a key figure in the CIA as a superheroine, protecting us while trying to avenge her lover’s death and right the wrongs of the world. Of course, there’s a conspiracy—hidden secrets about that horrible night in Kabul—to carry us from episode to episode, but it’s the overheated intensity scene to scene that’s more of a problem than the plotting. Everything is lit from above like people in the CIA eat lunch under interrogation bulbs, and even the sound mix is overdone to disguise the narrative problems. It’s television designed to shock and awe you, hitting hot buttons like 9/11 and beheading videos in an attempt to tie itself to realism, but mostly trying to exhaust the viewer instead of intellectually stimulating him.

There are hints of the show that could work with finetuning, mostly in the exchanges between Charlie’s team members at the CIA. Here’s where “State of Affairs” reminds one of “The West Wing,” and pulling back the curtain on how information is gathered and disseminated to the most powerful people in the world could make for fascinating drama. In TV’s male-protagonist world, I truly do like the idea of two women being our most essential protectors, but the creators need to take that concept seriously. Trust your audience. Understand that you don’t have to assault them with plot twists and camera tricks to entertain. Only then will “State of Affairs” live up to the standards of the shows that so clearly inspired it.