In 1998, then-Entertainment Weekly TV critic Ken Tucker wrote a piece where he called out Comedy Central for its frat-house boorishness, a network where you could find Bill Maher calling female guests “baby” or “sweetie” on “Politically Incorrect,” an equally-smug broadcaster named Craig Kilborn hurling mean-spirited jabs (and sexist comments at his female bosses) as the anchorman of this new satire program called “The Daily Show,” and four foul-mouthed kids indulging in low-brow humor and sacred cow-skewering on “South Park.” And keep in mind this was a year-and-a-half before Jimmy Kimmel and Adam Carolla would jerk up the joint as the boobs-and-booze-loving hosts of “The Man Show.” “… [Former] Comedy Central president and CEO Doug Herzog could chisel a credo over the door to his office: Home of Wisecracks and Butt Cracks,” Tucker wrote.

Yes, Comedy Central was a den of dickishness back in the day, and it still is. But, these days, it appears women are slinging out dick jokes and other lewd/crude/rude behavior just as often as the men. It hasn’t been a complete gender reversal: “South Park” is still alive and kicking. Daniel Tosh remains the network’s alpha tool, mercilessly putting many a viral-video numbskull on blast over at “Tosh.0.” On a nightly basis, Trevor Noah and Larry Wilmore strive to prove their just as worthy of delivering the fake news as their beloved predecessors. And those “Workaholics” continue to do whatever the hell they do on their wacky workplace comedy.

As of late, the channel has been giving more female comedians and performers the chance to be front and center. It didn’t happen overnight. Even though the network has had several female programming heads over the years, shows featuring female leads or catering to female audiences always seemed an odd occurrence. And when one did show up, like the simply-won’t-die Brit import “Absolutely Fabulous” or the simply dead-and-gone “The Sarah Silverman Program,” the media went overboard treating it like a gift from the heavens.

Of course, this increase in girl power wouldn’t have happened if Amy Schumer and the duo of Ilana Glazer & Abbi Jacobson didn’t also become media darlings. Thanks to the critical and commercial success of their respective shows—“Inside Amy Schumer” and “Broad City”—these ladies are the kind of ballsy personalities that could toss an off-color quip, booze and toke it up with utter lack of shame and make the Comedy Central’s male demographic putty in their hands. 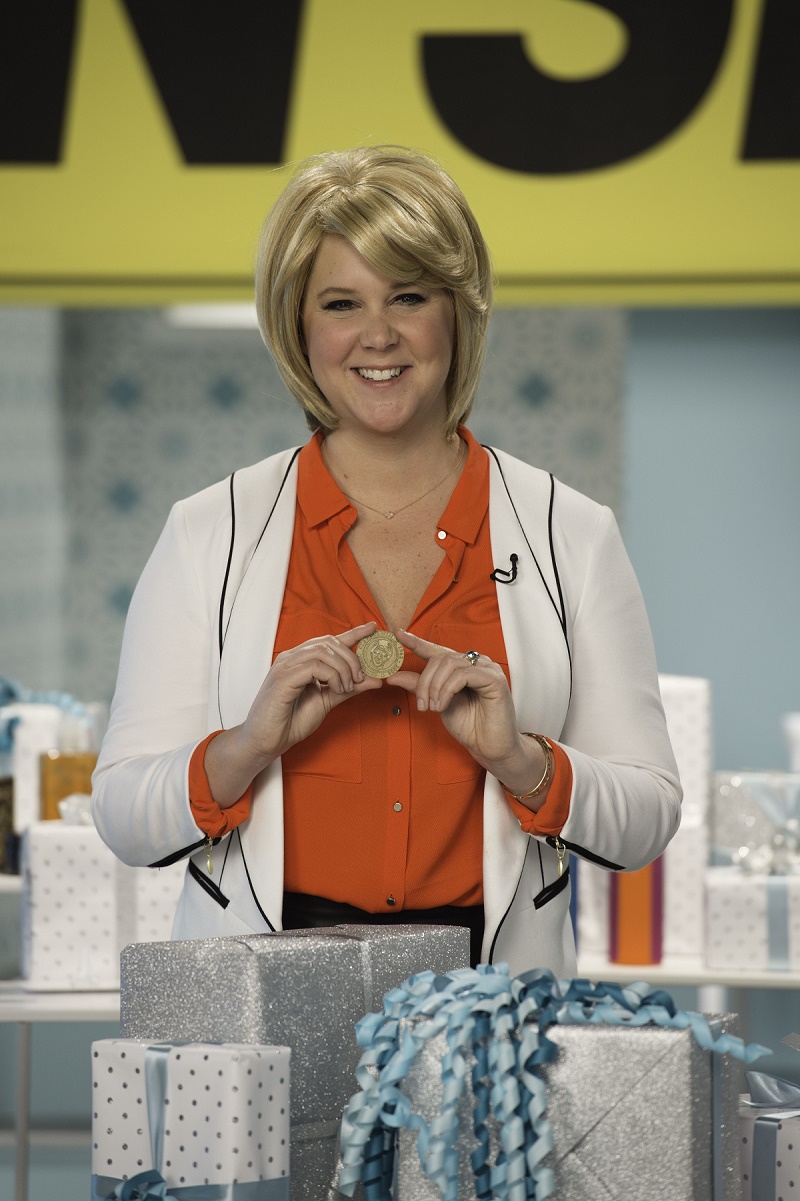 Even though Schumer is officially a star thanks to writing and starring in last summer’s box-office hit “Trainwreck,” the Emmy-winner has decided not to pull a "Chappelle's Show" and duck out of doing a fourth season of her skitcom. If anything, her newfound prominence as a major player has given her more confidence in going after targets, her claws fully sharpened. One recent episode had her slamming pro-gun America (an issue very personal to her, since a shooting happened during a showing of her movie last year), starting off with a semi-preachy sketch where she sells guns on a QVC-style program (“These make perfect stocking stuffers!”) and later doing an interview with a gun control advocate. Men continue to take the most beatings from Schumer, whether they’re Twitter trolls terrorizing women, senators watching over women’s health or husbands who can’t stop nailing their nannies. Schumer still gets a lot of comic mileage out of being the butt of the joke. So far this season, she’s made quite the entertaining spectacle of herself by doing a pitiful hip-hopera about Betsy Ross in front of “Hamilton” wunderkind Lin-Manuel Miranda and trying to do a “Game of Thrones” scene while freaking the hell out on a horse.

It seems Schumer has enough pull now at the CC offices to have them give her previous collaborators, like Nikki Glaser, Rachel Feinstein and cabaret singer/force of nature Bridget Everett, their own specials, usually tagged with an “Amy Schumer Presents” before the title. Glaser got even more opportunity to shine when the channel gave her a show, “Not Safe with Nikki Glaser,” earlier this year. A weekly roundup of sex-related hijinks, the show is a collection of ribald film pieces, where Glaser engages in fearlessly randy bits like asking her parents questions about their sex lives while they’re strapped to a lie-detector machine or getting a group of guys together to take ornate dick pics, and bull sessions with her comic friends, which always seems forced and clumsy. The show excels whenever Glaser is just on her own, being as nasty as she wants to be.

The ladies of “Broad City” just completed their third season, racking up a lot of guests (what up, Hillary!) to join them in their urban, millennial misadventures. Jacobson and Glazer bravely give zero fucks as they mock our hipster-heavy times by being as shamelessly self-absorbed and slackerific as they can. But as dorky and dirty as Jacobson and Glazer can be, I’ve been finding myself gravitating over to a new pair of estrogen-fueled hellraisers who’ve shown up to the party. 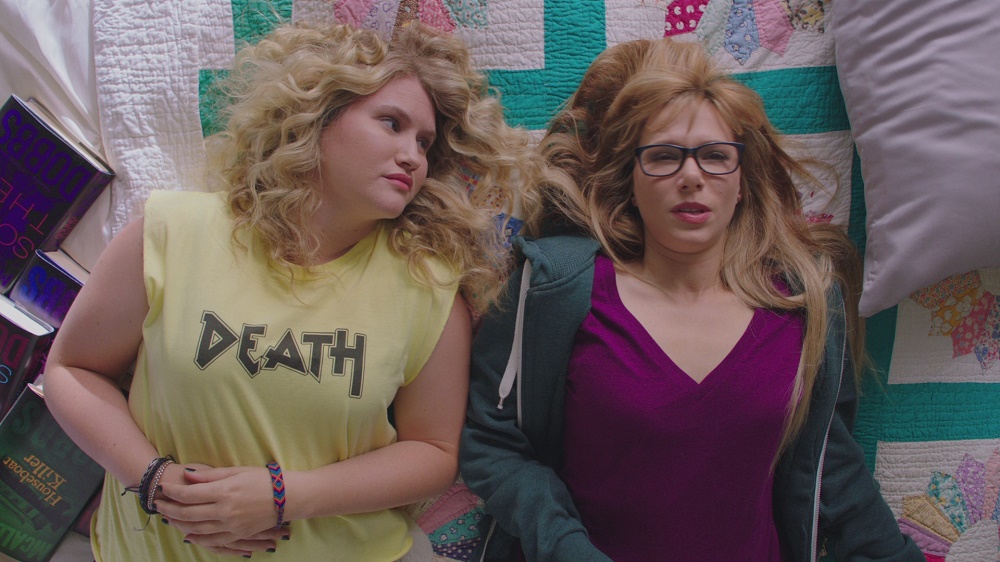 Earlier this year, the channel premiered “Idiotsitter,” an amusingly dimwitted show that’s practically a West Coast version of “Broad City.” “Workaholics” alum Jillian Bell plays a spoiled woman-child on house arrest who finds a new gal pal in the woman (Charlotte Newhouse) who’s been hired by her parents to home-school her as well as keep tabs on her. Bell and Newhouse, who both created the show as a web series (just like “Broad City”), basically put a feminine spin on those Chris Farley-David Spade comedies of the ‘90s and make a relentlessly giggle-worthy sitcom out of it. Bell is a consistent, cherubic-faced fountain of inappropriate remarks—her character practically has a comic form of Tourette’s—while Newhouse serves as the spunky straight-woman, keeping a level-headed yet incessantly neurotic head on her shoulders.

There’s also “Another Period,” a bitchy spoof which premiered last summer and reimagines “Downton Abbey” as the sort of reality-show meltdown center you’d usually see on Bravo. Comediennes/creators Natasha Leggero and Riki Lindhome (one-half of the adorable, musical-comedy duo Garfunkel and Oates, who had an unfortunately short-lived show on IFC a couple of years back) play the divalicious sisters at the heart of this early-19th century, upstairs/downstairs farce, where a wealthy, ass-backwards family often puts their long-suffering staff of servants (which includes “Mad Men”’s Christina Hendricks, who plays a housemaid named Chair) through the usual have/have-not drama. These period-piece shenanigans must’ve made Comedy Central very happy—they gave the show a second season, starting next month.

The increase of on-screen women over at Comedy Central (even the recently announced lineup of comics for their half-hour stand-up specials has a nice smattering of funny ladies) proves once and for all that today’s TV audiences aren’t hung up on the generations-old belief that women aren’t funny. Both the network and their audience know that women can bring the comic noise as frequently as the dudes, whether it’s smart, stinging satire or R-rated dumb humor. It doesn’t matter if you’re man or a woman—if you can come with the wisecracks and butt cracks, you’ll always have a home at Comedy Central.