Starz’s 8-part mini-series “The Missing,” imported from its BBC original broadcast that began last month, is the best original programming the increasingly interesting cable network has yet offered. It is a riveting, heartbreaking, fascinating drama, taking a subject that could easily have been turned into a Lifetime TV Movie melodrama and making it real with its subtle, character-driven grace notes and the breakneck speed of its elaborate plotting. Like the stellar first season of AMC’s “The Killing,” “The Missing” is more about the ripple effect of unimaginable crime than the actual crime itself. It is a program that only gets more interesting at it goes along, enriched by great performances and echoes of fictional works like “Prisoners” and “The Vanishing,” along with real-life tragedies like the disappearance of Madeline McCann. There are a few beats that feel overplayed and emotions that are too distinctly underlined, but this is yet another incredibly watchable show in a year that has been surprisingly full of them. Last year’s great mystery was “Broadchurch”; this year’s could be “The Missing.” I know I won’t give up until I know what happened to Oliver Hughes.

That’s the name of the young man, five years old, who we see on holiday with his father Tony (James Nesbitt) and mother Emily (Frances O’Connor) in France in 2006. After their car breaks down, they end up in a small French village on the eve of a World Cup victory. Tony and his son go swimming late at night, stopping into a bar to get the boy a drink on the way back to their hotel. As the crowd jumps and cheers, Oliver disappears. Naturally, Tony enters immediate panic, searching the area, and eventually the whole town gets involved in the search. He’s gone. Without a trace. 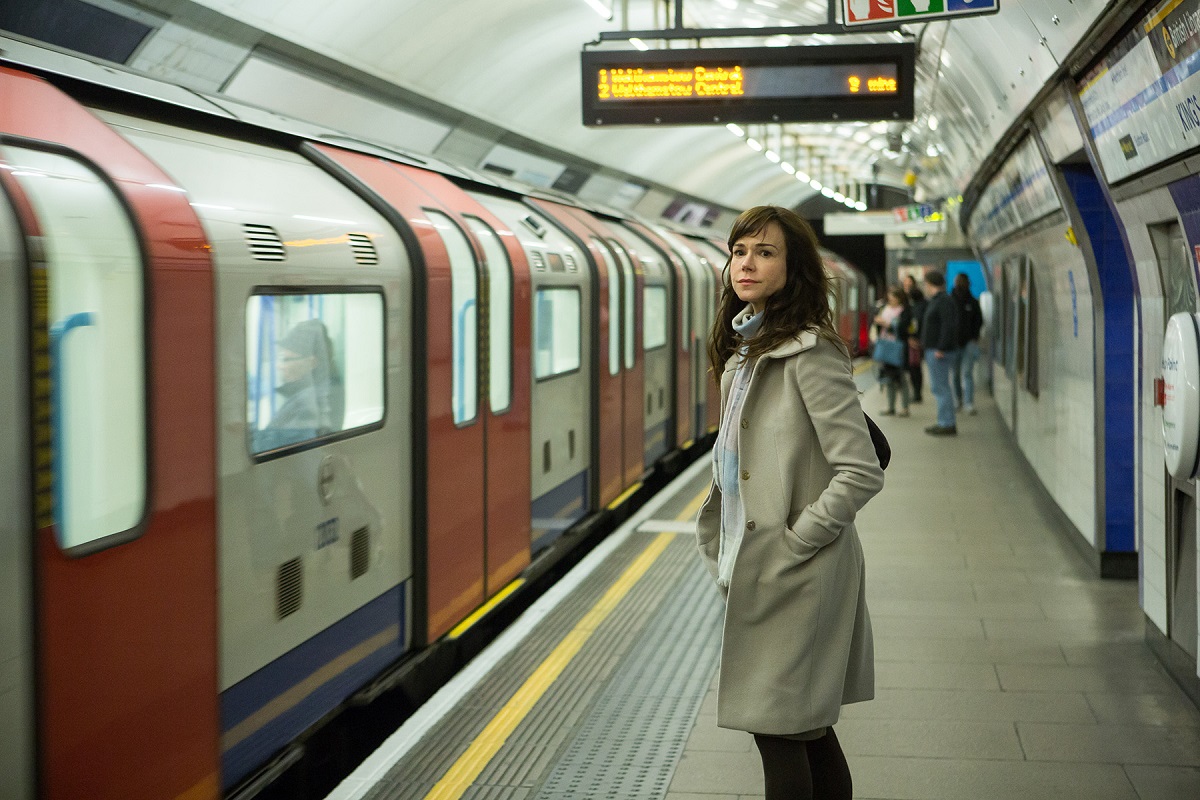 “The Missing” takes place in two timelines, often made more interesting by the missing pieces between the two. In intercut narratives, we see the days after the disappearance, as suspects come to light and it becomes clearer that Oliver may never be found and that something truly horrendous happened to him. Two local cops, expertly played by Emilie Dequenne and Said Taghmaoui, seem to be in over their heads, while an experienced investigator named Baptiste (the great Tcheky Karyo) is drawn into a case that will haunt him the rest of his days.

As much of the action of the piece, maybe even more, takes place in 2014. Tony, now looking like a ghost of his former self, is still looking. He’s back in that same room with the still-broken TV. He’s no longer married. In fact, Emily has remarried a man (Jason Flemyng) closely involved with the case in 2006. In 2014, Tony thinks he has finally found a vital clue to reopen the closed case. And, of course, he has, pushing the entire investigation in a new direction, and bringing Baptiste out of retirement.

The dual narratives of “The Missing” create a sense of impending doom that enhances the unease. We know Tony and Emily don’t find their son for at least another eight years. We know they break up. We know one of the cops ends up in jail himself. We know a slimy journalist has written a book that purports to reveal “the truth” about the disappearance of Oliver Hughes. What did he learn? What does Tony know? And as the suspects start to pile up in future episodes, the show only gets more interesting thematically. How does a case like this impact an entire village? The innocent man accused of a crime? The wealthy benefactor who offers a reward for help? The kidnapping of a child tears the fabric of reality, changing literally dozens of lives in the process. Few programs have represented that as effectively as “The Missing.” 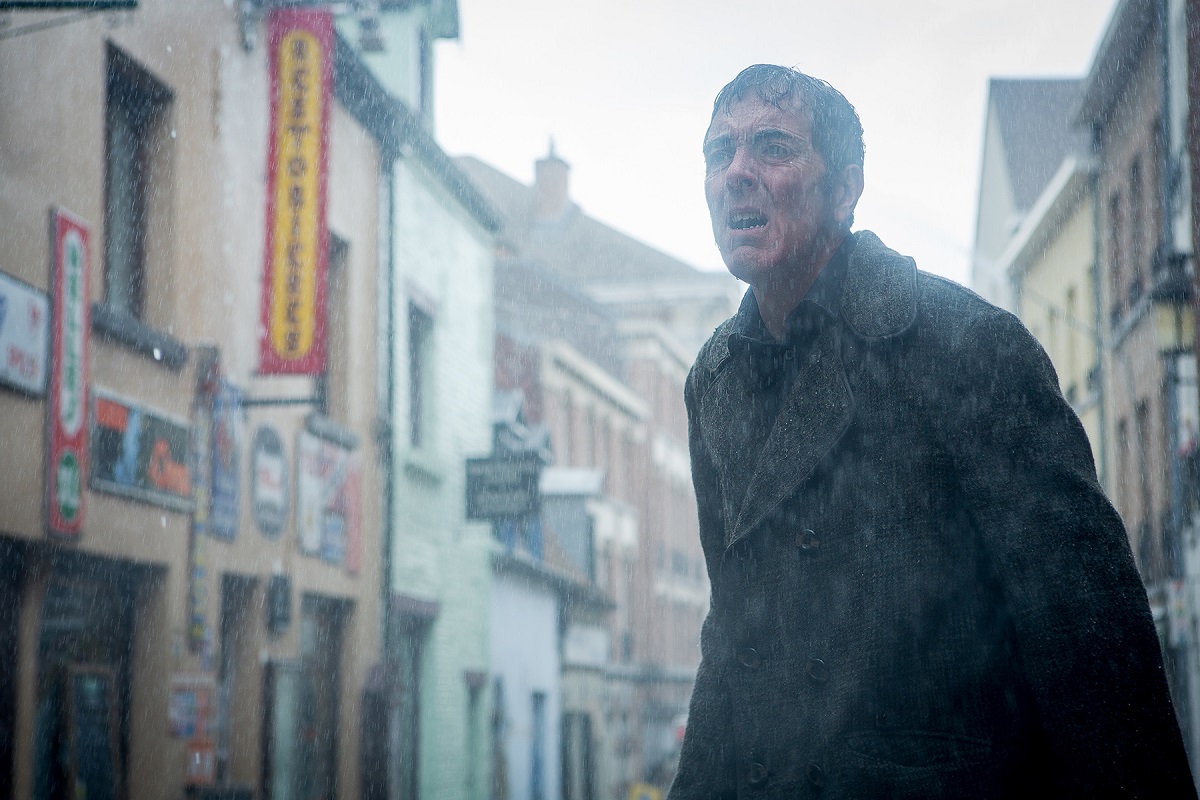 In terms of form, much of the success of “The Missing” is deceptively subtle. Notice how the early scenes in France with the Hughes are all sun-kissed while the scenes in 2014 appear to have only been shot on overcast days. The sun doesn’t shine any more when your kid has been missing for longer than you had with him. Notice the sound design that often has a high-pitched note that carries across scenes like a ringing in the ears: the neverending hum of unimaginable grief. There are times where that score is a bit overcooked, but it either gets better or I got used to it.

As for performance, O’Connor misses a few of the admittedly challenging emotional beats handed her by the script, but Nesbitt and Karyo more than make up for any fumbles on her part. Nesbitt has always been a strong actor, especially on British TV (track down his “Jekyll” if you get a chance), and he nails the conflicting blend of life-choking grief and drive to find his son that the part demands. It looks at times like he can barely breathe, and yet he knows he’s the only one still looking. Karyo is expertly cast, as is Flemyng.

We’ve seen a lot of dark, dark television in 2014 (and do read Arielle Bernstein’s piece about the potential for the opposite if you haven’t yet), and I could understand how you may not have room for one more journey into the heart of TV darkness. As a father of a child the age of Oliver Hughes, I wasn’t sure I needed another reminder of the horrors of this world. And yet “The Missing” is well-made enough and human enough that it transcends the medium’s current obsession with crime to become something greater, something truer, something must-watch.