The cinematic heroism of both Martin Scorsese and Milestone Films continues unabated. In 2014, following up on a 2011 visit to Poland, the filmmaker presented a program of over 20 Polish movies spanning over four decades at U.S. arthouses throughout the country. Scorsese’s selection, based on what was a massive ongoing restoration program in Poland at the time of his visit, is now coming to Blu-ray in a very limited edition. (Limited enough, by the way, that complimentary review copies aren’t going out—I had to purchase the box like everybody else.) Volume One comprises eight films, and the box that it comes in has room for … well, a larger number of Blu-rays than are in there, but not necessarily 24, which seems to be the complete complement of pictures Scorsese selected. One of the few complaints I have about the package is that plans for subsequent volumes seem a little vague … 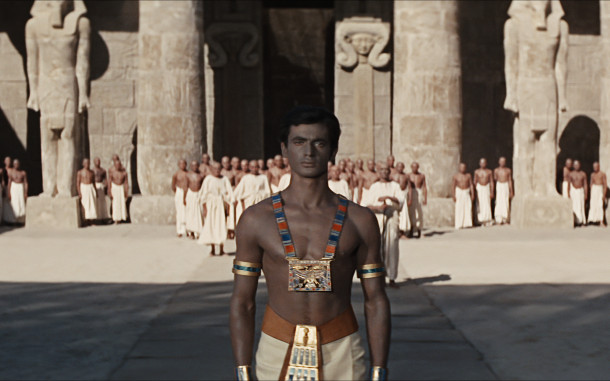 That said, going through the contents of this first batch over a week and a half was, as we critics like to say, a revelation. But that was not least on account of the fact that some things I thought I’d see, I did not. The two earliest movies in this batch date from 1965; the latest, Andrzej Wajda’s “Man of Iron,” is from 1981. Six directors are represented; Wajda gets two films, as does Krzysztof Zanussi. The two movies in the batch I was most excited to see were, it is perhaps no accident, genre pictures, or kinda-sorta genre pictures. “Pharaoh” is a 1966 epic directed by Jerzy Kawelerowicz, whose 1959 film “Night Train” is a dour gloss on noir and whose 1961 “Mother Joan Of The Angels” is still a visual and emotional landmark. It’s a stunning film, an ancient fable that’s as austere as any Hollywood treatment of Egypt is ornate, and yet packed with detail and action that makes it utterly convincing. The widescreen desolation surrounding the story of a doomed would-be reformer is never not spectacular. “The Hourglass Sanatorium,” from 1973, is directed by Wojciech J. Has, best known here for his psychedelic nesting-dolls-narratives movie “The Saragossa Manuscript.” Here adapting multiple surreal tales by Bruno Schulz, Has concocts a fantastic time loop structure around narratives whose fabulist nature barely masks their reality in the Warsaw Ghetto and the Holocaust. 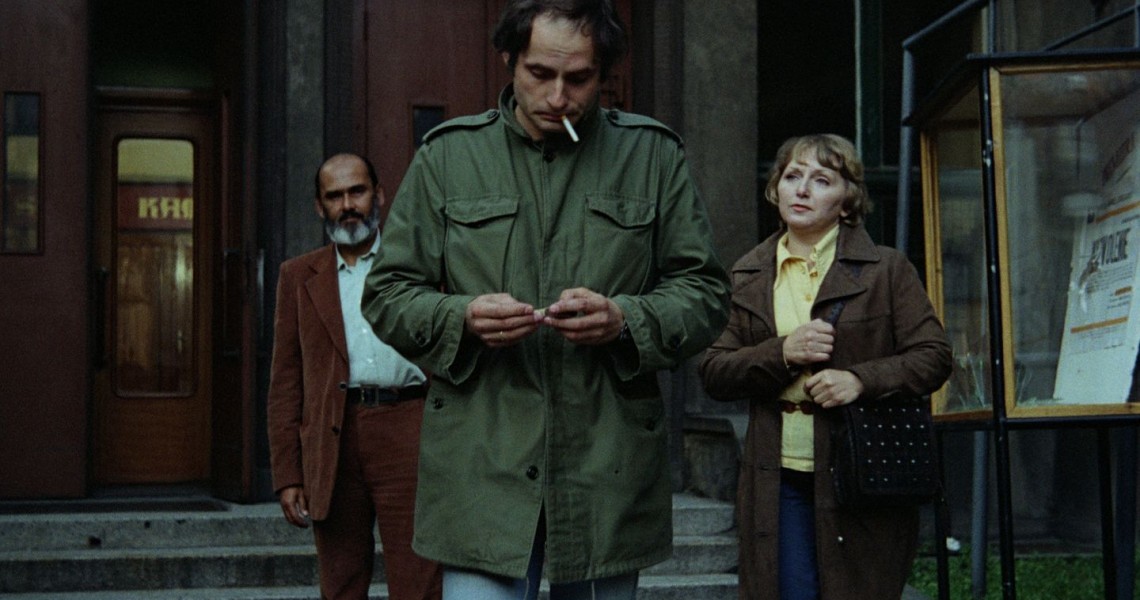 These are the most “trippy” of the eight pictures. I wouldn’t go so far as to say the other movies are “ordinary” masterpieces. They show a wide range. Tadeusz Konwicki’s 1965 “Salto” (“Jump”) is an enigmatic allegory that has the bonus of starring the great Zbigniew Cybulski, the sunglassed superstar (the “Polish James Dean” by some lights) who helped make Wajda’s “Ashes And Diamonds” so indelible. The two Zanussi films are 1977’s “Camouflage,” about intrigues at a summer-camp like grad school course, and 1980’s “Constant Factor,” about a young man whose kicking against the corruption all around him winds up compromising his higher ambitions. Both of these are wry, engaging, and sharply ironic, and register strongly as condemnations, albeit largely allegorical ones, of Soviet double-dealing and oppression. Wajda’s 1981 “Man of Iron” specifically treats the Solidarity movement that would transform the country (Lech Walesa has an acting role therein) but is probably best seen in tandem with his 1977 “Man of Marble” (available in a Region 2 DVD from Second Run). Agnieszka Holland’s 1979 “Provincial Actors” is a solid piece of poetic realism about intersections of art and history within the matrix of a political structure that always compels the individual to second-guess him or herself. These are all remarkable pictures, extremely frank and adult (the casual nudity in a couple of the ‘60s films is bracing relative to U.S. practices of the time). They’re thoughtful without ever becoming narratively slack, and sometimes shocking. Wajda’s 1975 Industrial-Age epic “The Promised Land” has one instance of violent action that’s as shocking as anything you’d see in a contemporary film.

None of these movies announce themselves as "masterpieces"; there’s nothing showy about them. (The work of the late Andrzej Żuławski, a maestro of extreme art cinema, is conspicuous in its absence from the entirety of Scorsese’s list.) Instead, they tug at your sleeve, nag at your consciousness, asked to be watched again. There are no on-disc supplements here, aside from trailers. The booklet provided and the liner essays are helpful and useful, but this isn’t a Criterion-style guided tour through the Polish cinema timeline. The movies themselves speak very eloquently though, and they are all keepers.