I know there are no new ideas under the sun, and television is built around the very concept of recycling proven concepts. It went from finding the “New Dick Van Dyke Show” to finding the “New Mary Tyler Moore Show” to finding the “New Friends,” and so on down the family tree of history. It’s not always the familiarity of the formula but what a show can do within it that matters. For example, “Parks and Recreation” wouldn’t exist without “The Office,” but I still love it. “How I Met Your Mother” often directly riffed off “Friends,” but it still had some very strong seasons. And there’s absolutely no new ground broken on “The Middle,” but it’s a solid family sitcom due to its underrated rating and great ensemble.

Problems start when one can draw direct comparisons to shows they’d rather be watching. The creators of “Mulaney,” premiering on Sunday night on FOX, openly recognize their central characters direct ancestry with Jerry Seinfeld in terms of comedic delivery style (it’s a recurring joke in the show), and so they decided to riff off “Seinfeld” the show as well. “I defend you when people say you’re a Seinfeld rip-off” may sound remarkably meta and self-aware but the lack of laughs around lines like that make it sound a bit desperate and pleading. “We know we’re directly ripping off your favorite show, but that’s OK if we acknowledge it, right? Right?!?!” 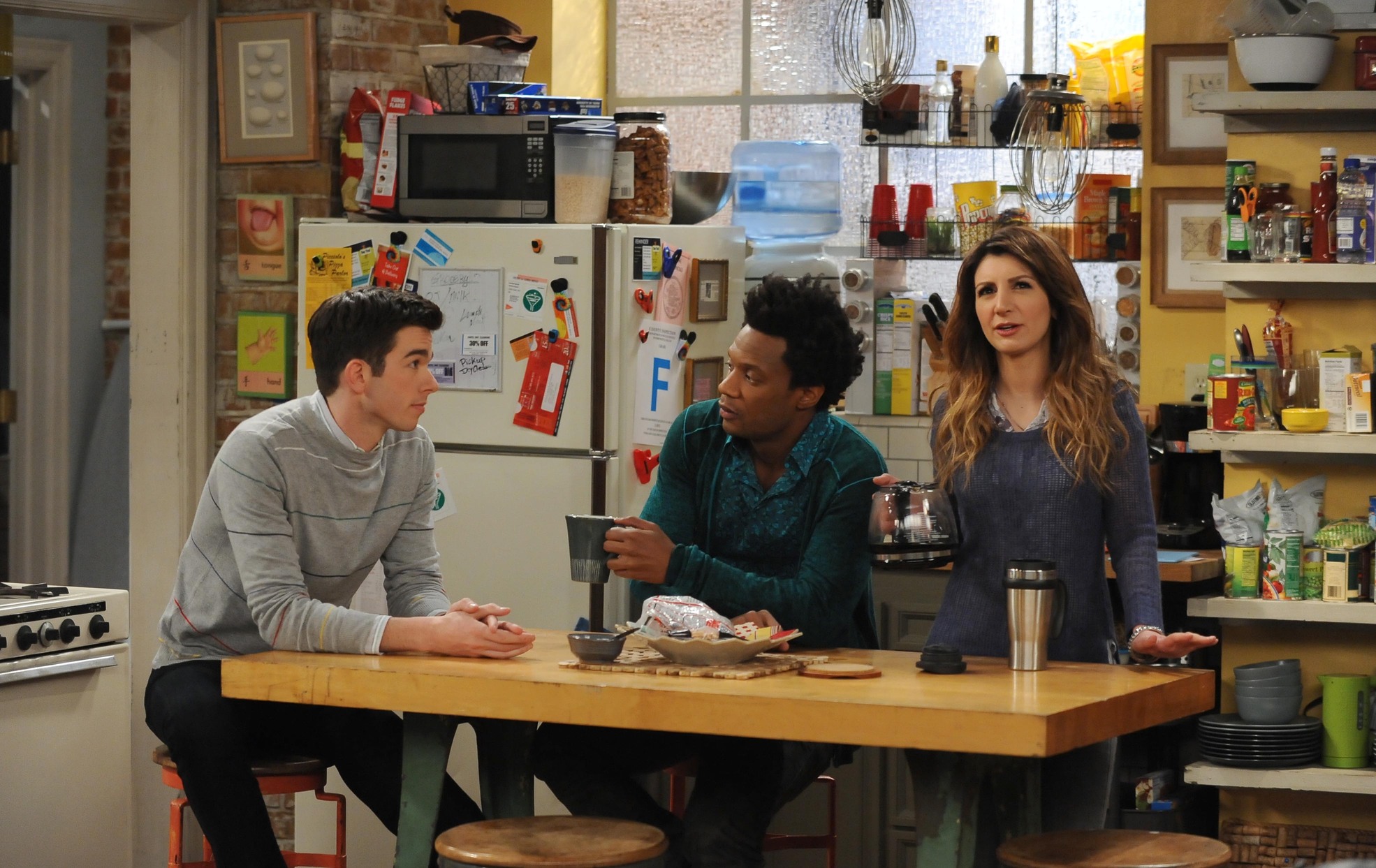 Talented stand-up John Mulaney plays a riff on himself (a la Seinfeld…which I promise not to include parenthetically after every sentence in this plot description but you can in your mind). Mulaney is an up-and-coming joke man who pays the rent by working as an assistant for a high-maintenance game show host named Lou (show-stealing Martin Short). Said rent is split with friends Jane (Nasim Pedrad), with whom he has a sort of unspoken romantic tension, and fellow stand-up Motif (Seaton Smith). They have an annoying friend named Andre (Zack Pearlman) and a quirky neighbor named Oscar (Elliott Gould). Sitcom set-ups over the first four episodes include Mulaney being walked on by his roomates, Jane giving up men for a bizarre relationship with her cat, Motif learning that “Friends” exists and binge-watching it, and Lou training John in what to do when he dies. That last one produces the funniest scene in the first four episodes, in which Lou explains how all near-death experiences force him to yell “I did it for the laughs,” just in case those are his last words.

Clearly, “Mulaney” has a talented cast. The smartest move made at any point of the show’s production was putting veterans like Short and Gould in the supporting cast. They automatically elevate the lesser-known central actors like Smith and Pearlman. I was never much of a fan of Pedrad on “Saturday Night Live,” and the four episodes of “Mulaney” that I’ve seen do little to change that opinion. She punctuates every punchline with a head movement. And Mulaney is awkward and uncomfortable in front of the camera, which fits the character but doesn’t really make for an interesting protagonist.

Of course, it all comes back to the writing, which is sometimes cringe-worthy here. There are jokes that don’t just hit the floor, they feel almost like a sitcom within a funnier film designed to parody bad TV writing. And the overdone laugh track doesn’t help. Now, of course, Mulaney himself might argue that “Seinfeld” took at least a year to find its rhythm, and was notoriously low-rated. That doesn’t make this bad show any better now. 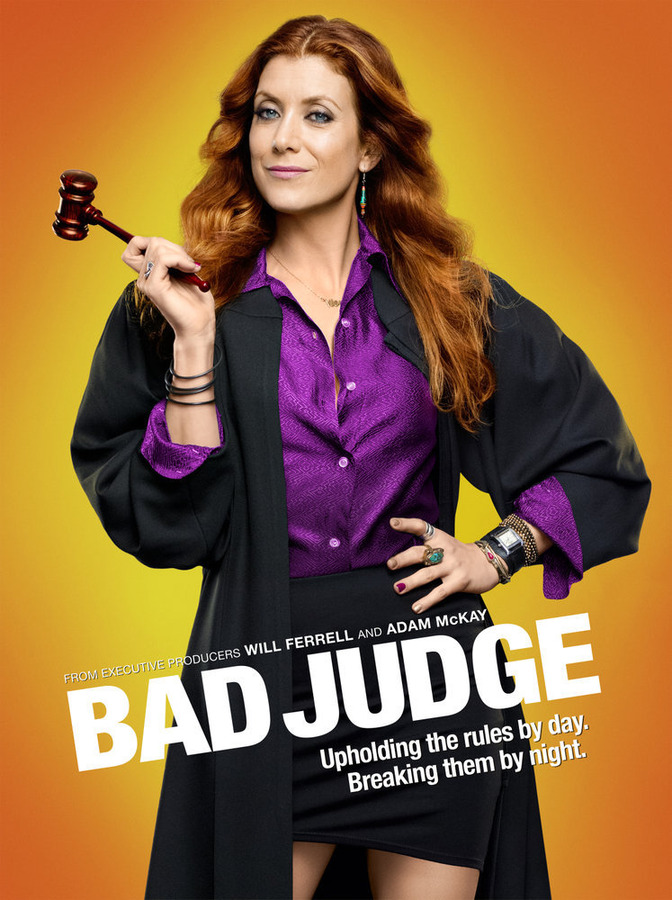 Speaking of bad shows that likely won’t have the time to find their groove, let us present to the court the horrendous “Bad Judge,” premiering tonight on NBC. This Kate Walsh vehicle punctures any good will the former “Grey’s Anatomy” star earned by her supporting work on “Fargo,” reminding viewers that too much Walsh is not a good thing. Her character here, a rebellious judge named Rebecca Wright, plays into Walsh’s more abrasive tones, turning her into a protagonist that’s hard to like and even harder to laugh at. “Bad Judge” wants to be “Bad Teacher” or “Bad Santa” or any number of other shows with anti-hero protagonists. They’re so bad, they’re hilarious! And so we get to watch Judge Wright behave badly in the courtroom, and struggle to keep her personal life together. And we’re never given any reason to care.

“Bad Judge” is my least favorite new sitcom of the season, a premiere that has almost no laughs at all, courtesy of writer Chad Kultgen, who was responsible for the equally unfunny “The Incredible Burt Wonderstone.” Likably irresponsible comedy characters take a certain balance that “Bad Judge” just doesn’t have. She drinks! She has sex in her chambers! And, in typical TV fashion, she’s not really “bad,” just annoying. NBC can’t push the boundaries like the characters on Showtime “bad guy” comedies like “Shameless” and “House of Lies.” She’s more like “Annoying Judge,” but that’s less catchy on a billboard. 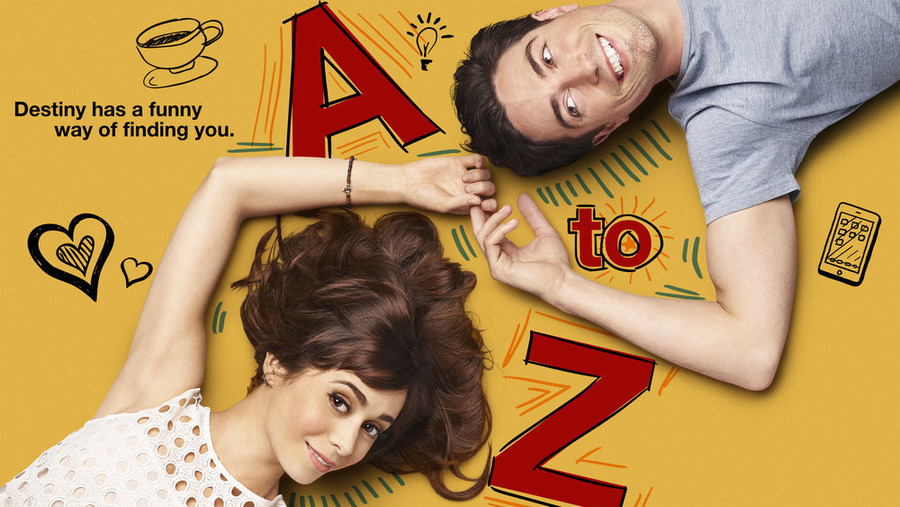 Finally, there’s a show that’s definitely derivative of a major hit of the last decade but may have the charm to pull it off. NBC’s “A to Z” has the whimsical, city romance energy of “How I Met Your Mother,” right down to the casting of Christin Milioti from the CBS hit as the titular Z (Zelda). She meets Andrew (A, of course, played by Ben Feldman of “Mad Men”), and the two have an instant connection. And I honestly mean that. Feldman and Milioti have a spark that’s missing from a lot of the Fall romantic comedies like “Marry Me” and “Manhattan Love Story.” I could easily see viewers who miss “HIMYM” investing in this pair of love-crossed beautiful people.

Andrew is actually the romantic of the two, the one who pushes Zelda to admit that it’s fate that they get together. Zelda is the cynic. He works for an online dating company called Wallflower, and she’s been burned by the company to the point that she’s come to the office to complain. He’s convinced he actually spotted her before, and that she’s the love of his life, the one that got away. She’s too cynical to believe it, especially in today’s modern world of online dating and social media. “A to Z” has a relatively clever undercurrent of how modern technology has redefined romance, a definite theme of this year’s sitcoms but used more as background here than over-written.

Everything here is background to the two leads. Feldman and Milioti are so likable they’ll make your teeth hurt from the sugar. And I mean that as a compliment. After spending time with people like John Mulaney’s annoying friends and Kate Walsh’s bad judge, it’s nice to hang with a cute couple that’s actually likable. Sure, they might make you miss Robin and Ted from “HIMYM.” But it’s not impossible to see a future sitcom inspired by the saga of Andrew and Zelda.