“He’s the most naturally gifted deep operative that we’ve got. Maybe the best that we’ve ever had.”

Of course he is. If that kind of spy show hyperbole forced an eye roll from you, “Legends,” TNT’s new offering for those not getting enough macho summer escapism from “The Last Ship,” may not be the show for you. However, if you can get past the clichéd writing and appreciate “Legends” as a force of sheer cast magnetism and hyperactive camera tricks, it’s a solid distraction from the problems of the real world. It’s a show steeped in modern spy tricks of the trade—a world of undercover operations, double identities and international espionage. And while the nods to Jack Bauer and Jason Bourne are almost too blatant to be forgiven, the show should click for anyone who misses Matt Damon’s most iconic character this summer movie season or wishes “24: Live Another Day” had been more than 12 episodes long. 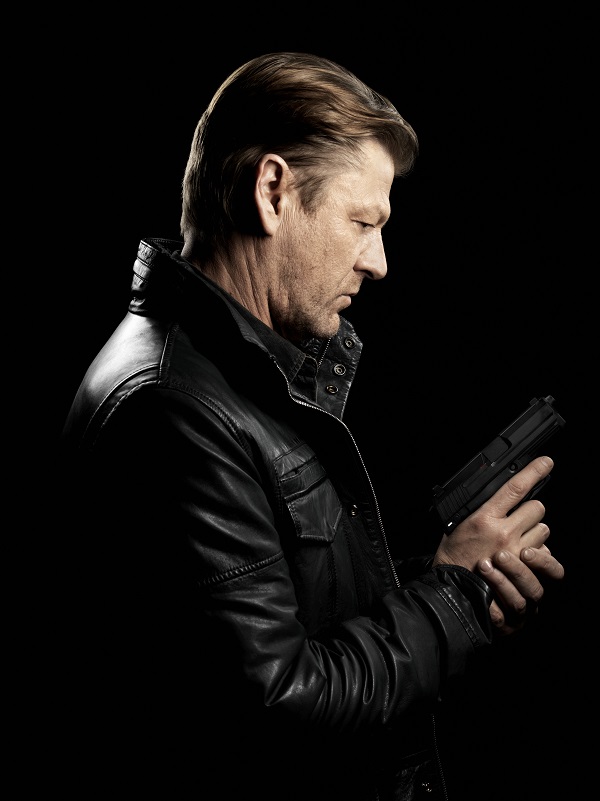 Stepping into the super-spy shoes with suave dexterity is Sean Bean, a perfect casting choice for an aging undercover operative on the edge of sanity. Bean brings the same gravity that turned Liam Neeson into an unexpected action star late in life; you believe he’s seen a thing or two and killed a few men along the way. Bean plays Martin Odum, superstar of the FBI’s Deep Cover Operations. In the premiere, he’s been living a life for six months that is not his own as Lincoln Dittman, infiltrating a group of American terrorists set to bring us down from within. When the ATF blows his op, he’s called back in but not before he convinces his superiors to give him one last shot at the big bad.

Odum’s colleagues include DCO Team Leader Crystal Maguire (Ali Larter), a reluctant partner with her unpredictable agent who tries to manage him afar but often has to jump into the fray. (In the first two episodes, Larter gets to show off her remarkable physical assets in both cases-of-the-week in twists of the plot that could be called misogynistic—Bean uses his strength, Larter uses her body—but the target audience for an old-fashioned spy show is unlikely to care.) The great Tina Majorino (“Veronica Mars”) steals scenes as Maggie Harris, field support for Odum, while Steve Harris fits in nicely as Odum’s old friend and boss, DCO Task Force Director Nelson Gates. FBI Agent Tony Rice (Morris Chestnut) joins the action in week two in ways I won’t spoil but it seems he’ll play a major role in the unearthing of Odum’s history.

And there’s quite a bit of history to unearth. While “Legends” will offer explosive cases of the week for Odum and his team, we also get hints at the Bourne-esque life that makes a man like this one. He’s been through so many undercover incarnations (known as “Legends”) that he’s not even sure which of his memories are his own, and he holds on tightly to a relationship with his son and estranged wife (Amber Valletta) for an ounce of normalcy. In the premiere, a shadowy figure tells him that even that existence, what he thinks he knows as normal, isn’t true. This is very deeply in the Bourne model—the spy who was used and abused to the point that his background was co-opted. What if your “real identity” was really just a cover in which you were so deeply embedded that you lost your grip on reality?

As a spy show, “Legends” relies a bit too much on close-ups and quick cuts to produce tension instead of actually writing it. Both of the threats to civilization in the first two episodes come straight out of “Spy Show 101.” They even pull out the agent willing to play Russian Roulette to get an answer gag this early. I wish “Legends” was smarter and it’s there that it falters in comparison to “24” and Bourne.

Where “Legends” works is as a flashy bauble—Bean’s screen presence, Larter’s beauty, spy show code words and quick cuts. It’s a remarkably easy watch, almost comfortable in its familiarity at times. You know what this is. It’s not a challenge. It’s an escape. We’ve seen Jack Bauer save the world a few dozen times. Let's give Martin Odum a few shots at it.