When I heard that Netflix was releasing a true crime documentary series, I was concerned it was merely a quickie attempt at cashing in on the success of “The Jinx” and “Serial.” It’s not meant as an insult, but Netflix is very good at copying. They often look at what other networks are doing and then try to find an audience need not being met by their original programming to be filled. With our national obsession with real-life mysteries from “48 Hours” to entire cable networks devoted to them, it was probably a matter of time before a show like “Making a Murderer” popped up on the #1 streaming service (it premieres Friday, December 18th). The good news is that this no mere place-filler. It is riveting, complex programming that doesn’t recall disposable television like “Dateline NBC” as much as it does projects like “Paradise Lost” and “The Staircase.” For ten years, the directors of “Making a Murderer” watched a fascinating case unfold before them and they have assembled it in such a detailed way that you feel like you’re there —in the courtroom, in the living rooms of the victims, in the legal offices. It is so determinedly not flashy that it may be too dry for some viewers—it’s ten hours of one case, in the end—but “Making a Murderer” illuminates so many issues with violations of authority, failures in our legal system and, ultimately, what could be genuine evil, that it should be required viewing for anyone considering entering any aspect of the legal profession. 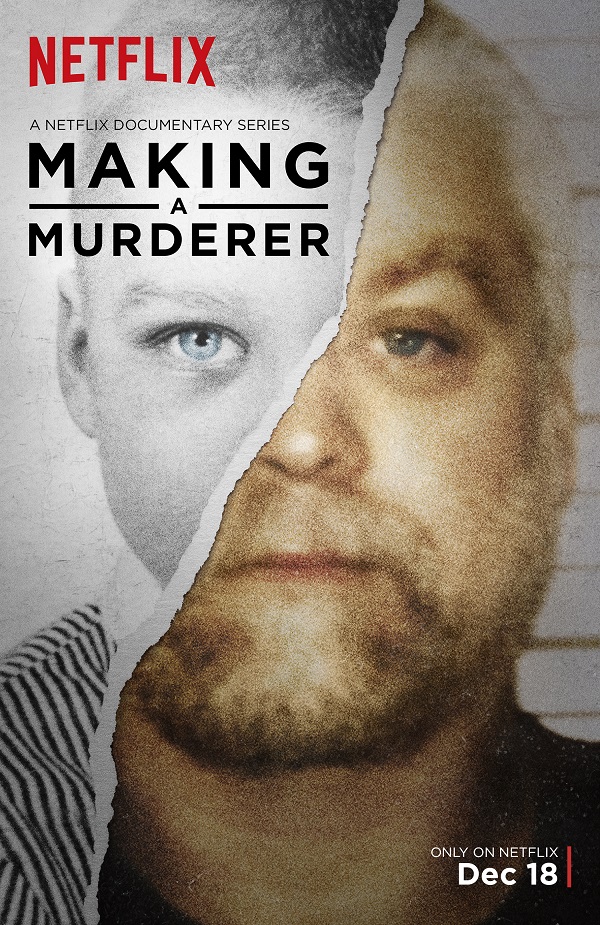 Steven Avery was not what you would call a “good guy.” The Wisconsin resident was committing burglaries when he was a teenager and admitted to throwing his family cat in a fire. A cousin started telling stories around town that Avery was such an awful dude that he would masturbate on his front lawn. Avery didn’t like that story, and so chased down the cousin in his car, pulling a gun on her. It was not the right enemy to make, as Avery’s cousin had loved ones in the local police force, who, at least according to the stunning degree of evidence brought forth by “Making a Murderer,” set about framing Mr. Avery. When a local woman was raped and nearly killed, they pinned the crime on Avery, sending him to jail for 18 years, until DNA evidence released him. While he was in jail, the real criminal, whom the local cops even suspected in the crime they were charging Avery with, continued to rape and assault. The number of morally unconscionable decisions made by law enforcement—including fabricating the “police sketch” from Avery’s mug shot—is breathtaking. That men and women who have gone into a profession designed to protect can be so callously evil always shocks me.

And yet just when you think that “Making a Murderer” is yet another brick in the foundation of the story about police corruption, the narrative spins in a stunning direction. While Avery was building a multi-million dollar lawsuit to find some reparation for the nearly two decades he was falsely imprisoned, a woman goes missing. The last person she’s known to have spoken to? Steven Avery. Is it possible that he’s been framed again? Could the institutions facing embarrassment and financial burden from a judgment have pinned another crime on an innocent man? Or did Avery really do this one? Even the title is elusive. Did the system make Steven Avery into a murderer or just plant evidence to “make” it seem that way?

To say that “Making a Murderer” is detailed would be an understatement. We get lengthy depositions, see tons of documents, and hear from most of the key players involved. Writer/directors Moira Demos and Laura Ricciardi were front and center as most of this bizarre tale played out in front of them after Avery’s release. The first hour is pretty standard in that it recaps what happened in the first case, before the directors got on the ground, but subsequent hours unfold piece by piece. We get jailhouse phone calls, see TV footage of a family searching for a missing loved one, and even see the cops during an 8-day search of the Avery property. And loyalty keeps shifting. Avery is not an easy man to trust, and it seems beyond comprehension that he would be framed twice. But is it? When another man comes forward to pin the new crime directly on Avery, “Making a Murderer” gets even more complex. There are no easy answers in “Making a Murderer.” There shades of guilt, from the authority used for evil in the ‘80s to the perpetrators of violence in both cases. Most of all, this excellent series captures a system that so easily loses sight of its most important duty: finding justice for its victims.