In the battle-torn world of Westeros, death is often headed your way far more quickly than the impending winter everyone likes to prattle on about. But while heads had been lopped off and hearts had been run through before, no season was as bloody as the fourth of “Game of Thrones”, with noteworthy characters shuffling loose the mortal coil in almost every episode. And none was more significant than the last, as the most powerful man in the Seven Kingdoms, Tywin Lannister (Charles Dance), took a crossbow bolt to the belly while sitting on the privy. Not since Ned Stark’s surprise execution in the first season has a character’s demise rippled through the story so significantly. The fifth season of HBO’s fantasy epic is haunted by this loss, as a power vacuum sends some of the more opportunistic citizens of Westeros scrambling for scraps, while others attempt to adjust their lives to the new normal. 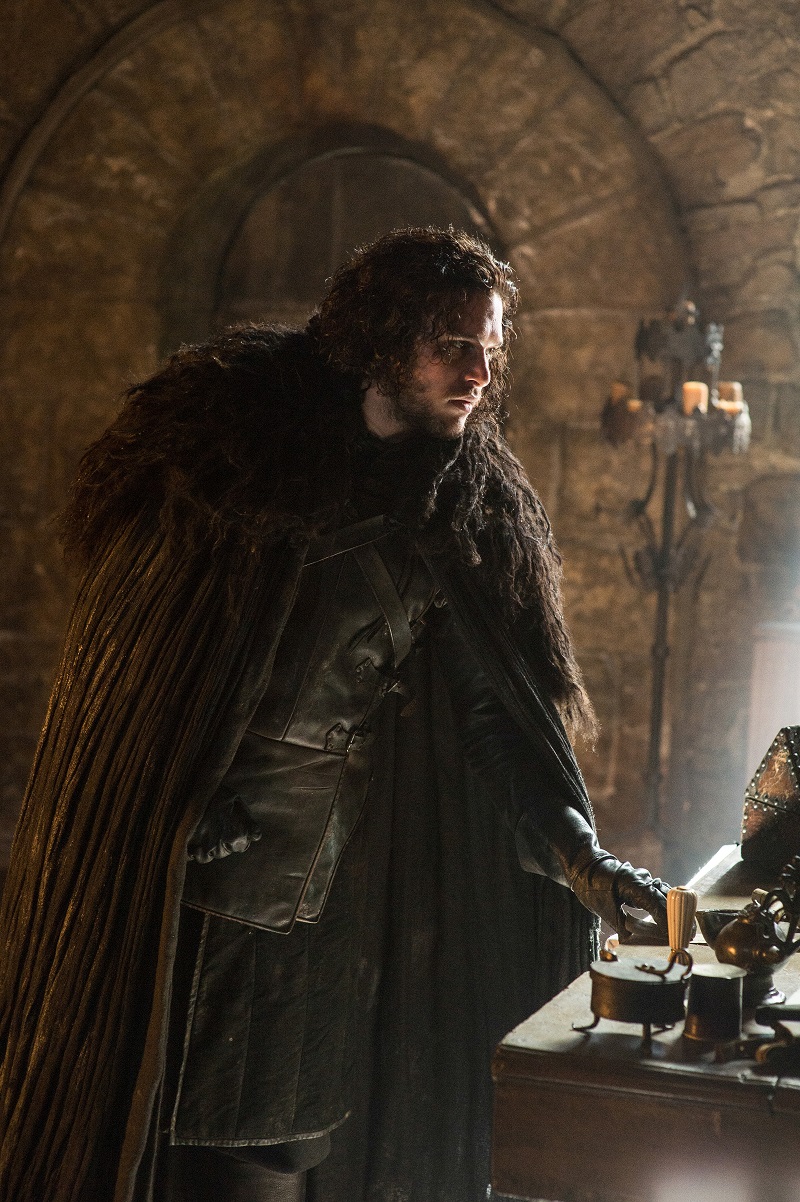 The show’s fictional realm isn’t the only place where changes are being confronted as showrunners David Benioff and D.B. Weiss have caught up with several of the storylines in George R.R. Martin’s “A Song of Ice and Fire” book series. While the writing duo, no doubt, have received precious intel on where the novels are headed, they’re definitely getting a little more creative in their adaptation this season. This hasn't resulted in the generation of new plot threads, rather than sending well-known characters that we're already invested in on quests that belonged to brand new faces in the books or, in the case of Bran Stark's adventures beyond The Wall, just hitting the pause button for now. The season premiere also sees the show's first flashback, an interesting narrative turn for a series that has so frequently relied on the power and influence of oral history.

While a large amount of last year's stories seemed focused on the goings-on in King's Landing, this year finds many of the core cast of characters hitting the road in search of a new future. Cersei (Lena Headey) is still holding down the fort in the Red Keep, attempting to fill her father's incredibly large shoes. In her efforts to secure her young son's throne, she makes a questionable alliance with a new fanatical religious group. In an attempt to make amends for releasing their brother from prison (and thus, causing his father's death), Jamie (Nikolaj Coster-Waldau) heads to Dorne to retrieve his daughter/niece Myercella (Nell Tiger Free), whose life has been threatened by Oberyn Martell's vengeful lover Ellaria (Indira Varma), who blames the Lannisters for his death.

Now a wanted man for a murder that he actually committed (in addition to the one he didn't), Tyrion (Peter Dinklage) finds himself on the other side of the Narrow Sea where Varys (Conleth Hill) is trying to convince him to journey to Meereen to help Daenerys (Emilia Clarke) ascend to the Iron Throne. While the young dragon queen is finding that abolishing slavery isn’t all it’s cracked up to be, as a group of masked rebels begin terrorizing the streets of her newly conquered city. Arya (Maisie Williams) has also made her way to the Eastern continent, where she’s hoping to trade in the iron coin she’s been carting around for the last few seasons in exchange for an apprenticeship with the mysterious man that gave it to her.

Up at The Wall, Stannis (Stephen Dillane) is trying to convince Jon (Kit Harington) to join his fight to take back The North from Roose Bolton (Michael McElhatton), who is, himself, scheming to secure his hold on the territory now that the man he made an alliance with is dead. Meanwhile, Brienne (Gwendoline Christie), having lost Arya, continues her search for Sansa Stark (Sophie Turner), who’s still cuddling up with Littlefinger (Aidan Gillen) for protection.

If the fourth season began with a bang, this one starts with a series of whispers as the titular “game” seems once again in play and the participants are scurrying about, planning their next move. After a seemingly constant stream of bloody battles, even bloodier weddings, a trial and some good old-fashioned murders, the change in pace can feel a bit sudden, but the backroom plotting and slow-burn machinations are the foundation of “Game of Thrones”’ most intense moments. The God of Death may have taken a much-needed holiday, but he’s sure to return with a vengeance and, as is always the case with this series, watching the pieces move into place can be just as thrilling and enjoyable as the follow-through.