The Duplass Brothers’ “Togetherness” is the First Great Show of 2015

On only the 11th of January, HBO will jump start the TV year with the first must-watch series of 2015. It’s going to be a busy year in your DVR. From Jay & Mark Duplass (“Cyrus,” “Jeff, Who Lives at Home”), “Togetherness” is one of those programs that starts off interestingly enough to warrant a recommendation from the premiere, but it also really improves as it goes along, as the Duplass brothers find their groove and capture something truthful about the state of relationships in Los Angeles in the ‘10s, The episodic format works well for the Duplass brothers, as it allows us to spend time with their well-rounded characters and really get to know them. Raw, honest, and even explicit at times, “Togetherness” focuses on a quartet of characters who feel increasingly genuine and real. They may not be you, but they’re someone you know. By episode four (it runs eight), I already felt like I knew these people; by the final episode I was sad that I wouldn’t see them again until at least next year. 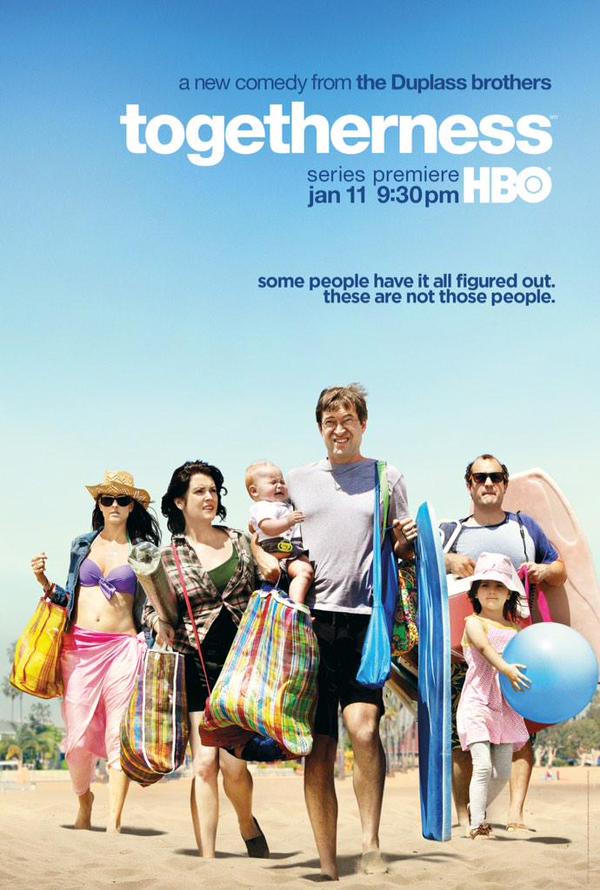 Marital disagreements are often horribly misrepresented in film but there’s a remarkable truth in the relationship drama between Brett (Mark Duplass) and Michelle Pierson (Melanie Lynskey). It’s not that they’ve fallen out of love entirely—romantic drama so often presents relationships as a black/white situation when so many people live in gray—but that routines like work and children have left their coupling a bit lackluster. Age has amplified their differences. He talks things to death; she wants to live more spontaneously. The first few episodes feature a few incidents, including one attempt at “unusual” sex, that feel a bit sitcomish but the development of this partnership is the true strength of the second half of the series. Brett is telling lies, white as they may be, to get through life and make himself happy…and yet he’s NOT happy. Michelle longs for something, anything new to happen in her life, and is tempted by a seemingly centered man (John Ortiz) whom she meets on a random night out. In many ways, “Togetherness” is about those random incidents that redefine routine—the night that you make a new friend, say something you can’t take back, break the typical pattern of what you do when you get a babysitter, or just get dressed up and go for a walk.

The other pair in “Togetherness” is Brett’s best friend Alex (Steve Zissis), who is evicted from his apartment in the premiere and moves in with the Piersons on the same day that Michelle’s sister Tina (Amanda Peet) breaks up with her boyfriend (a cameo by the great Ken Marino). Tina decides to stay and turns Alex into a pet project, convinced she can get this wannabe actor in shape to the degree that he gets offered more than the Chubby Best Friend roles. Of course, it’s no spoiler to say their relationship gets a bit unpredictable to them and predictable to viewers, but it’s handled delicately because of how much these two actors, especially Peet, feel completely in the moment. She’s phenomenal here. Never been better. 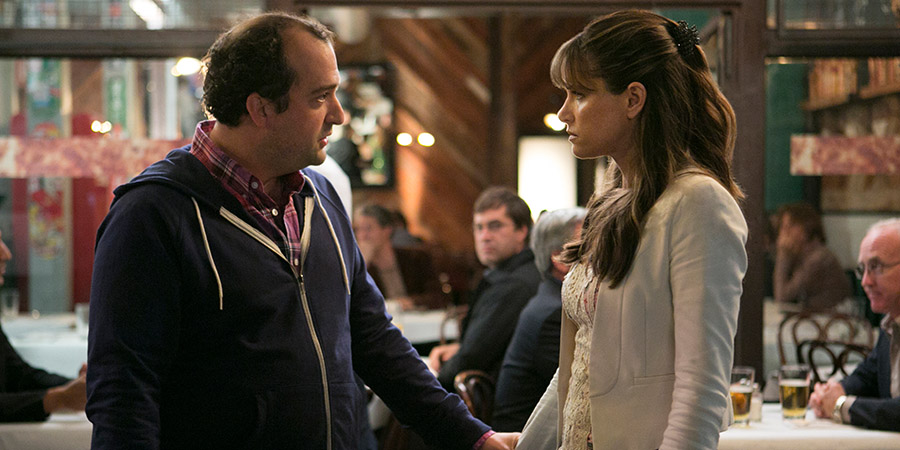 The balance of comedy and character drama in “Togetherness” is remarkable. While it’s often serious, it takes time for diversions. A game of Kick the Can in episode five becomes symbolic of taking risks without forcing the issue as is often the case in independent dramedy writing. The Duplass brothers have an ease of concept and character, intermingling the two in increasingly believable ways throughout their careers. They like these characters, and they hired directors to help who know how to draw the best out of them as well, like the great Nicole Holofcener. Peet has never been better, and Duplass continues to impress. If you haven’t seen his work yet in “The One I Love,” get thee to a Netflix queue. Like he did in that film, he constantly sidesteps clichés and easy choices to find realism.

“Togetherness” is about being needed; it is about the difficulty of being a support system for someone else while also being your own individual. It is about honestly feeling positively about your life instead of feeling like you’re supposed to be happy. It is about friendship, marriage and love between people who don’t necessarily see the world the same way anymore but can’t imagine seeing it without one another. And it’s a show that refuses to go where you think it’s going or end where you expect it to end. Yes, parts of it are familiar. Mark & Jay Duplass are exploring themes that make up nearly half the Sundance premieres every year. It’s not the new ground that’s being broken; it’s how deep “Togetherness” goes in.