The Children of Midian: Returning to Clive Barker’s “Nightbreed”

Any cineaste knows how desperate over-identification can turn a beloved film into a reliquary of validating notions, a guiding text, not merely something to enjoy or observe. From 1987 to 1992 my alt-family of New York arts eccentrics found such a film, an unexpected guide to living weird in Clive Barker’s valentine to monster family values, “Nightbreed” (1990), which has recently been released in a sparkly new, reassembled Blu-Ray edition.

Before “Nightbreed” there was, of course, Barker’s first film, “Hellraiser” (1987). “Hellraiser” was downright punk rock in the way it demonstrated that minimal technical skill was quite sufficient if your vision was single-mindedly feverish. (It helped that cinematographer Robin Vidgeon aided Barker with matters of mise-en-scène). But the film’s damp, delirious vision of sado-masochistic adventurers finding bloody satori with fetish-gear demons called ‘Cenobites’ led by bemused and nail-skulled Pinhead (Doug Bradley), the decision to wrap the gruesome package in Christopher Young’s dark rhapsodies—all of that was pure Barker.

What gave “Hellraiser” such an incredible electric kick for my fringe circle of the irreparably damaged was Barker’s film’s proud, absolute rejection of vanilla values; its face-kick in an American horror cinema no less an authority than Stephen King proclaimed as being as conservative “as a banker’s three-piece suit”. There was no soothing return to conservative ‘normalcy’ here. In “Hellraiser”, the real monster is a teen girl’s sexually degenerate, murderous father, who is stopped from further mischief when Pinhead tears him to shreds. The last image shows a monster flying, triumphant, into the lens. It’s clear where Barker’s sympathies lie. 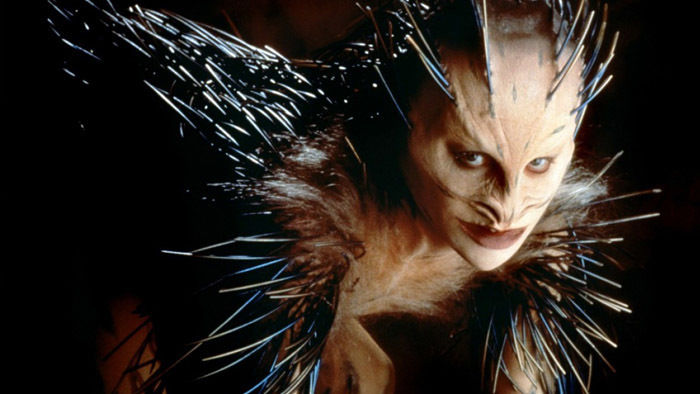 Which made Barker’s “Nightbreed”, a film where monsters are the full-blown good guys, inevitable. We caught an early screening: fan love followed, which metastasized into seeing the film as a Rosetta’s Stone for negotiating the raw deals life had handed us. Unfortunately, for decades I’ve been unable to deal with “Nightbreed”. Doing so meant confronting the predictable, intolerable real world loss that came with looking to a mere movie for answers about, well, anything perhaps. But while time may not heal, it at least scars. And so I took a deep breath and hit ‘play’ on this painstakingly re-assembled, pristine Blu-Ray edition, including 40 minutes of director recut footage long traded by fans of the film as "The Cabal Cut".

Plot-wise, “Nightbreed” follows a small town hunk named Boone (Craig Sheffer) who suffers eroticized visions of Midian, “where the monsters live.” His bland girlfriend (Anne Bobby) delicately suggests he see her shrink, Dr. Phillip K. Decker, who daylights as a masked serial killer and is played, deliciously, by David Cronenberg. Long story short, Boone finds Midian, a brilliantly designed underworld of caves, and interlaced hanging bridges and walkways. He feels strangely simpatico with its citizenry of exotic, heavily queer-coded monsters called ‘the nightbreed.’ Dr. Decker, however, wants to kill Boone and destroy Midian, which irks him because of its Otherness acceptance. A final conflagration between Decker, Boone, the ‘breed and a redneck posse reveals that Boone is predestined to become the nightbreed savior. In a barn that’s lighted so it looks like a certain manger, he accepts his charge and promises to find them a new home. Fin.

And Deke, a blond trans sculptor, chicken-bone thin from early neglect. And don’t-touch-Tina, shave-headed gilder, sweetheart and self-mutilator. And Paul the model, whose famous father paid him to deny the linkage. And Xi, the virtuoso guitarist whose eyes just went dead as killed deer if you said the wrong word. And more. (Details about my friends have been scrambled and reassembled for what I think are understandable reasons.) 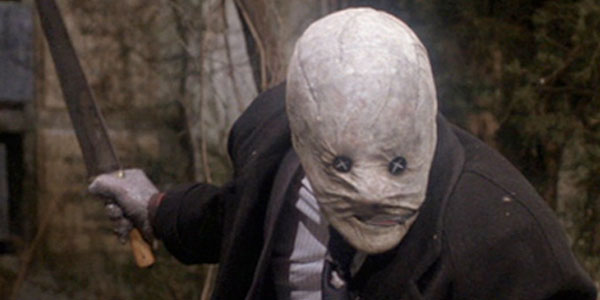 While we loved how Pinhead had the ability to choose and enjoy suffering (how great would that be?), “Nightbreed” offered an entire underground metropolis of monsters, living glamorously, romantically, safely with each other.

LaVie wept: she wouldn’t be demeaning herself in Times Square booths—she had a way better metaphor. We all did.

Ultimately, we took “Nightbreed” love way too far. But for a while, it was good, in the limited way anything can be good for long for survivors of childhood sexual devastation, or victims of mental illness, brain dysfunction brought on by early physical injury, of addiction or various devastating co-morbidities. We separated art, music, writing, film and people into two camps, ‘breed and not-‘breed. This was absurdly reductionist and smelt of a high school-level goth worldview, but f—k it—it was useful.

The cacophony industrialists of Throbbing Gristle, Psychic TV and Cabaret Voltaire were obviously ‘breed music; the boomer rock canon was noise. “Ms. 45”, “Peeping Tom”, “Carrie” and “Santa Sangre” were ‘breed n'est plus ultra. “Parenthood”, “Field of Dreams”, “Father of the Bride” and “Pretty Woman” were triggers fronting as cinema. We missed good stuff but for several years, our two-tone rating system made things easier, safer.

‘Safer.’ If there’s a more precious quantity for people raised on threat, predation, breakage and fear, I can’t think of it. And so I feel almost like a traitor to report the new “Nightbreed” Blu-Ray to be lacking by most common standards.

We find that Barker hasn’t advanced as a filmmaker. While the shadow-play evokes Cocteau and the sheer number and quality of make-up FX creatures still impress—a whacky chain-smoking, face-peeling rocker, a femme fatale covered in porcupine spines, an obese man with on-board snakes and many more—their director doesn’t seem to know how to film them for cinematic impact. The film’s central love story makes more logical sense but is doomed by Sheffer and Bobby’s negative integer chemistry. Worse still are action scenes that play out like mismatched second unit work and mysteriously poor glass matte paintings. But ultimately, it’s the film’s creaky, overt fakeness that imparts a perversely sweet, utterly cynicism-free fairytale charm. I just wish I could talk about this with my old alt-family. But I can’t. They’re gone. 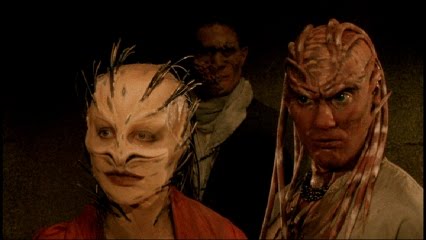 The ‘breed thing faded as pathology eclipsed metaphor. LaVie broke down utterly, one doctor speculating that she’d always been a high-functioning schizophrenic, that whoever we may have loved may have not been much more than an assemblage of a disorder’s symptoms. Her location is a mystery.

Deke left New York with no forewarning address. Tina just dropped dead in Tompkin’s Square Park, an aneurysm at 30. Years later an autopsy would reveal that that it was Tina’s mix of street speed and pharmaceutical uppers that caused a massive coronary before she turned 38. Paul died horribly by his own hand before 30: I don’t wish to go into detail. Xi disappeared.

The mental illness I’d fought since I was 14, the life-style of self-harm and hospitalizations, manias and killing shames finally, twenty years after “Nightbreed,” was given a diagnosis: Rapid cycling Bipolar I with chronic PTSD. For which I take a constellation of medications. More importantly, I have the stabilizing love of a great partner.

Regarding the new “Nightbreed”—as I’m get around to accepting both its place in my autobiography and its technical shortfalls, I can still report that its creaky-yet-eerie-sweet mojo still holds, even for those of us who, as adults, have long ago given up any on one-stop, cinematic ideology fixes. I’m grateful for what Barker’s film gave us; I certainly don’t blame it for anything. It wasn’t a failing in the art or in loving it too hard that contributed to our falls—that would happen no matter what, eventually. As is often said on the beautiful/horrific “Hannibal”, a ‘breed show if ever there was one, it was our design.

And as glaringly imperfect as this rejiggered “Nightbreed” is, Barker’s essential vision continues to reach outward to the dark in an ultimately indescribable way to a very select audience, even after all these years.

You know who you are.