Shirley Clarke: Made In America

Over the fall, I had the honor of teaching a section of the “Language of Film” course at New York University, to a group of very bright freshman. The main lecturer was in charge of the syllabus, and the textbook was David Bordwell and Kristen Thomson’s excellent “Film Art: An Introduction.” One of the sessions was on “Experimental Film,” and for that class I showed a section of Shirley Clarke’s 1985 “Ornette: Made In America,” ostensibly a documentary about the incredible jazz innovator Ornette Coleman. In an unusual coincidence, at the lecture prior to my class, Clarke’s 1958 short “Bridges-Go-Round,” an abstract study of New York bridges. “Makes sense,” I said to my class at the time. 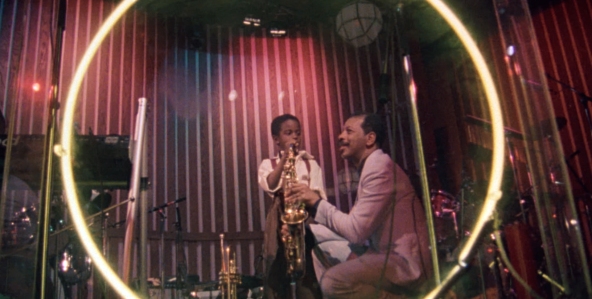 Because there’s a definite but perhaps overtly untraceable through line connecting the very early work of Clarke to “Ornette,” unfortunately her final film. (Clarke died in 1997.)  While “Ornette” depicts a very distinct story, that is, the homecoming of Coleman to Fort Worth, Texas, where he is to initiate a new arts center called Carnival of Dreams. There’s thrilling performance footage showing the great musician playing with an orchestra augmented by his electric group Prime Time. There’s ironic verite footage showing the reactionary and Wild West sides of the city to which he’s returning. And there’s…well, more, and a lot of the more is what you don’t expect in a conventional documentary. As in a fictional young Ornette wandering the downtown streets of the city, saxophone in hand Godard-like snatches of text displaying on an LED board spanning an overpass above one of the city streets. Lengthy shots of Fort Worth skyscrapers at dusk. The cumulative effect of the varying styles and idioms Clarke draws upon gives a larger sense of both Coleman the man and Coleman the artist than would a more linear or conventional or even longer (this movie comes in at a trim 77 minutes) work might have. My argument when showing sections of the movie to my class was that this was a direct result of her background in experimental film, and that “Ornette: Made In America” was in a sense an experimental film itself. 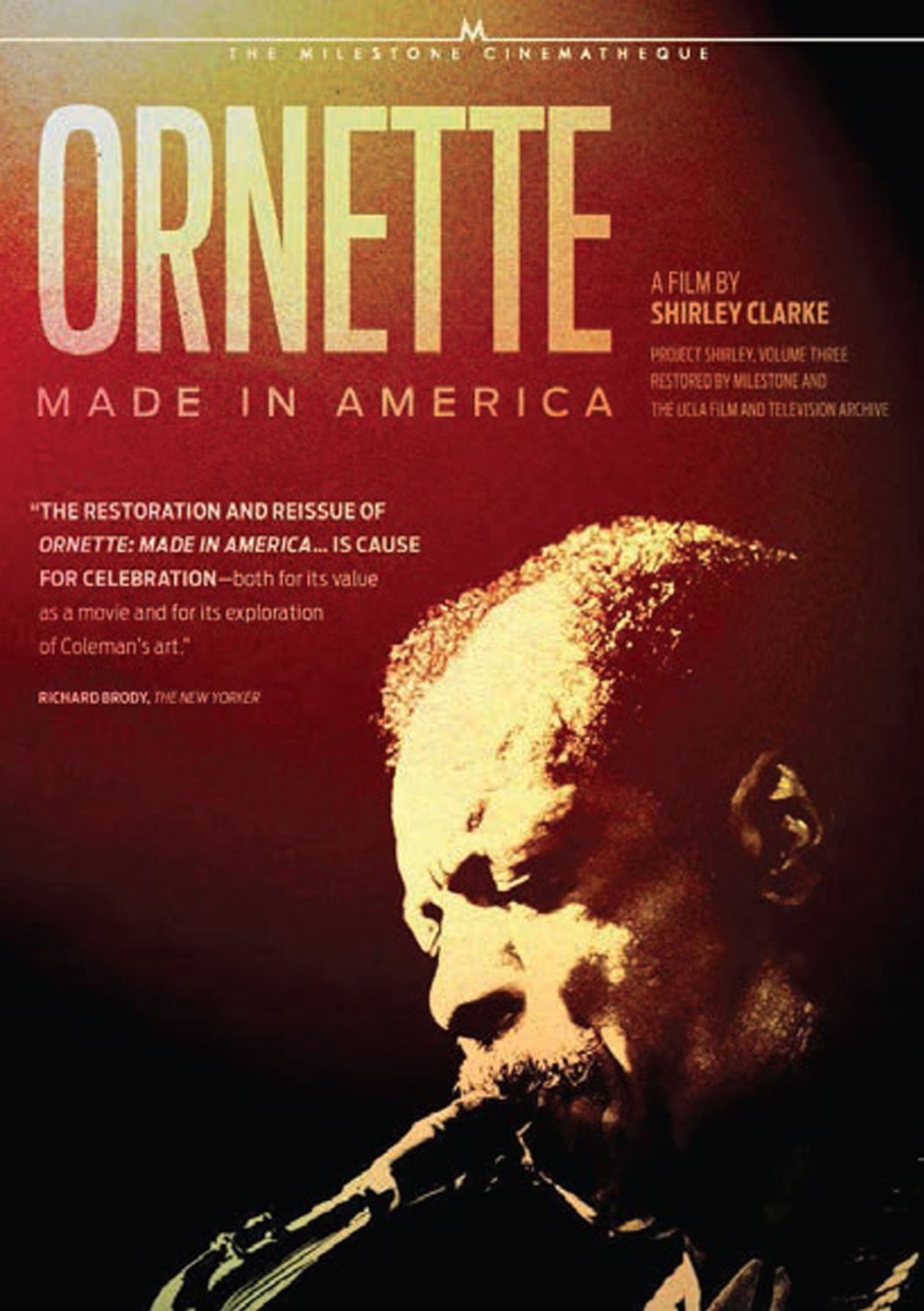 Andrei Tarkovsky, in his book “Sculpting In Time,” vents a very Tarkovskian disapprobation at the very term “experimental film:” “How can you experiment in art? Have a go and see how it turns out? But if it hasn’t worked, then there’s nothing to see except the private problem of the person who has failed.” Clarke does not fail, so what may we call her work? “Free” film, as in “Free Jazz,” a Coleman coinage and the title of his revolutionary early ‘60s recording? Or perhaps “Harmalodic film,” after Coleman’s stated method dating from the 1970s, summarized thusly: “the use of the physical and the mental of one's own logic made into an expression of sound to bring about the musical sensation of unison executed by a single person or with a group.” Well, that doesn’t quite fit, but what is indubitable is that Clarke’s sense of film form was always dictated by an unerring logic that always honored her theme and/or subject matter. This is certainly true of her unforgettable 1967 picture “Portrait of Jason,” a hilarious, heartbreaking and infuriating record of the evening of December 3, 1966, on which Clarke trained her camera on the voluble, proudly outrageous, sometimes outrageously drunk, and often destroyed (in several senses) Jason Holliday, anecdotalist, entertainer, and African-American gay man in an America where the existence of such a bring was technically outlawed. Clarke keeps her camera largely static, but never allows the illusion that this is anything besides a film—and at some times an odd filmed interrogation, as certain personal tensions between the people behind the camera and before it come to light—to insinuate itself to the viewer. I wrote this about the film and its subject back in 2010:

“Jason's voice is a buzzy lilt, not quite overtly effeminate but full of queenishly ironic inflections. He's a born storyteller and rather obviously a wreck, and it seems to be Clarke's plan to lay him bare as a tragic figure. With the help of pungent interpolations from Clarke's husband Carl Lee, an African-American actor that Jason had a substantial crush on […] and a bottle of vodka that Jason takes a large number of hearty swigs from, they eventually get their wish. ‘Oh the people they just don't know, child, they just don't know,’ he says of those who would tell him how to live. He describes himself as ‘nervous and guilty and simple.’ ‘I wish I was straight,’ he mutters at one point, and as wasted as he is, one doesn't know if he means not gay, or not a drunk. There's a sense, I suppose, in which this film could be misread—as a cautionary tale, a warning against the excesses of a homosexual ‘lifestyle.’ But before one even thinks of going there, one would do well to recall Rosa von Praunheim's maxim: ‘It's not the homosexual who is perverse but the situation in which [he or she] lives.’ The particulars of Jason's situation at that moment in time and space—black and gay in pre-Stonewall New York— had almost doomed him from the get-go. As Edmund White notes in his recent memoir City Boy, the very notion of  ‘gay culture’ in the pre-Stonewall days was inconceivable. Even gays of highly advanced intellectual attainment, such as it was, were largely of the opinion that their homosexuality meant that there was something wrong with them, something they had to be rid of. Stonewall was literally a consciousness-expanding moment for New York gays, and gays all over the world. That Jason had the courage to speak for who he was, and that Clarke had the vision to want to record that is...well, staggering, when you think about it.”

The version I wrote of was a then-exemplary European issue from Second Run DVD. Milestone Film and Video has given us Demanders something to rejoice in this season by putting out their restorations of both “Jason” and “Ornette” out on DVD and Blu-ray discs, as volumes 2 and 3 of their “Project Shirley” series (Volume 1, of Clarke’s magnificent “The Connection,” awaits a home video release date). Both discs feature the films themselves looking as good as they ever will (and both have very striking visual textures, from the rough-and-ready black-and-white grain of “Jason” to the innovative use of video-intercut-with-celluloid of “Ornette”) and are rich in extras that add both context and historical data. Whether you call these “experimental” films or not, they are completely essential pieces of cinema that are as all-American as Ornette, Jason, or the filmmaker herself.