A weekly series starring Brit Marling (“I Origins”, “Another Earth”) and James Nesbitt (“The Missing”, “The Hobbit”) from Oscar-winner Danny Boyle (“127 Hours”, “Slumdog Millionaire”) should be major news and appointment television around the world. Add to that pedigree in front of and behind the camera the fact that “Babylon,” premiering Thursday night on The Sundance Channel at 10pm EST, is ostensibly a witty commentary on the backstabbing politics behind the politics not unlike Armando Ianucci’s “The Thick of It” and “Veep,” and my anticipation level was sky high. So what’s wrong with “Babylon”? Why is it just so-so? Is it a matter of expectations? You get people as talented as Marling, Nesbitt and Boyle together and people are going to bring different baggage to how they experience the final product. And, to be fair, Marling and Nesbitt are the best things about “Babylon,” by far. No, the problem lies, as it so often does in shows like this one, with a tonal imbalance in the writing. Attempts at dry, workplace humor are intermingled with commentary on how much perception dictates policy. That’s all well and good but the humor isn’t funny enough and the commentary isn’t sharp enough. Other than the occasional spark provided by Marling or the consistently great work by Nesbitt (the scenes between the two of them almost make the show work on their very own), I just don’t care about “Babylon.” 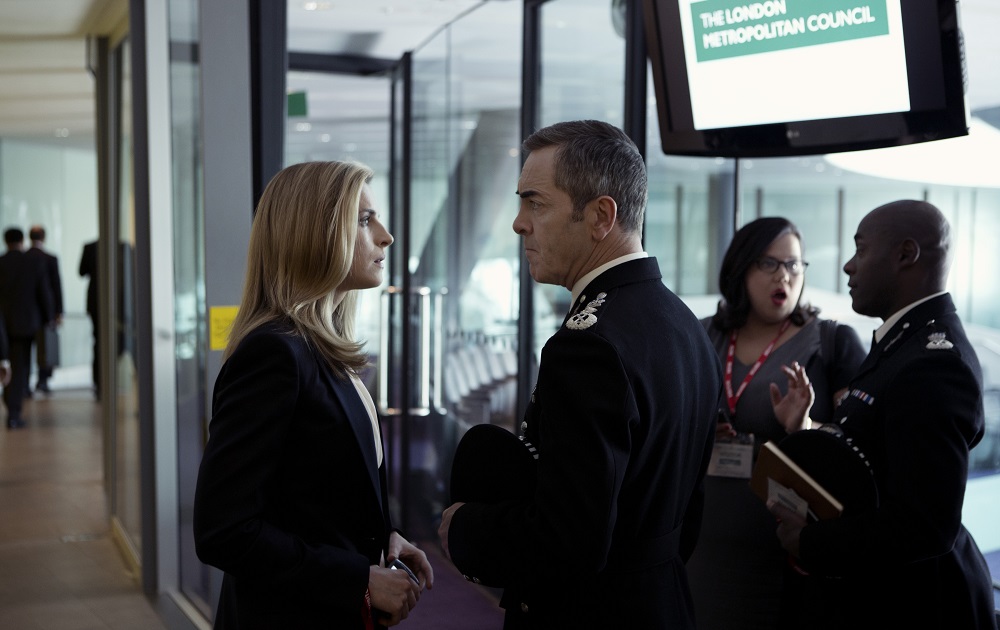 Marling plays Liz Garvey, an American transplant hired to climb a seemingly impossibly steep mountain in that she’s been tasked with repairing the damaged public image of the London police force. Viewed as either corrupt or inept, depending on who you talk to at the pub, the London police don’t exactly know how to handle a world in which social media and smart phones have redefined the way they are perceived. Given the current conversation about the U.S. police force and how much social media has impacted that discussion, one would think there’s room for precise, detailed, sharp commentary in a concept like the one for “Babylon,” but the narratives too often focus on the PR of politics more than the personal. Yes, it’s interesting to see how internal disagreements can lead to inconsistent enforcement such as in the second episode but it doesn’t make for scintillating TV. 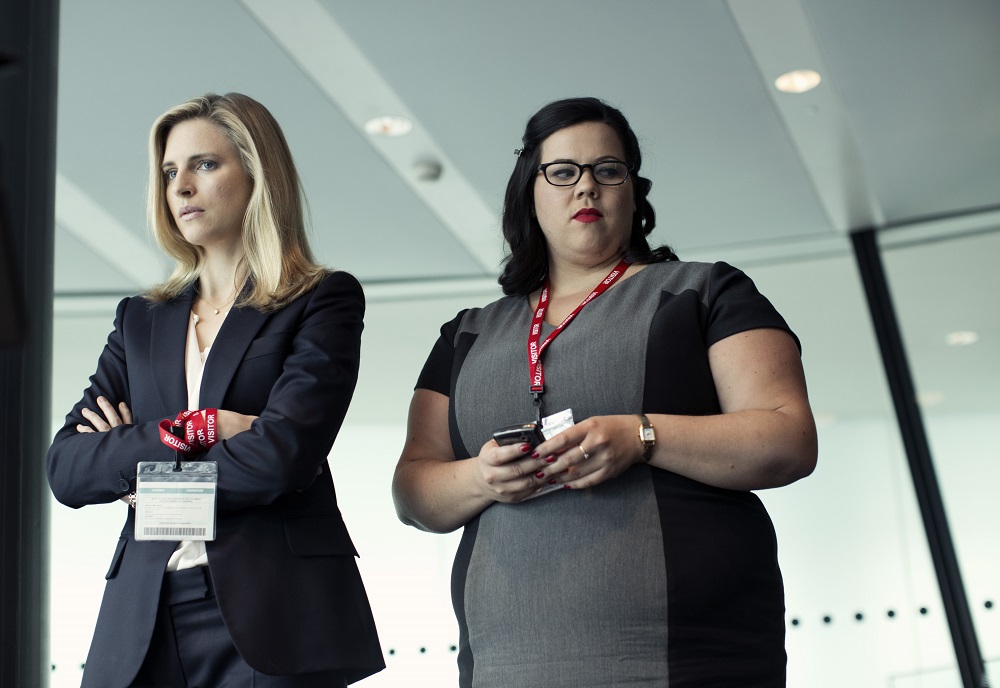 Garvey butts heads regularly with Chief Constable Richard Miller (Nesbitt) and these scenes have a palpable energy missing from the rest of “Babylon.” Much of the episodic nature of “Babylon” follows London cops on the street, dealing with suspects trying to film them on their smart phone or uncertain how to respond to an unarmed enemy. This material is just too familiar and over-crowded to work (there's a misguided sense that the more "casual cop" conversations per episode, the more believable the overall production will feel). A narrative about an officer who is rattled after a call ended in a shooting has some weight, but even that feels familiar and mishandled. Again, “Babylon” delivers a mixed bag in which it’s deceptively simple to applaud the effort to handle the bizarre intersection of publicity and policing, and yet that attempt doesn’t make it entertaining or insightful on its own.

Perhaps “Babylon” would have worked more as a straight-up drama instead of the Ianucci-esque stabs at humor. We are in a time in which perception of authority is going to be one of the defining issues of the year, and it is the humorous asides of “Babylon” that feel the most undercooked and ill-conceived. “Babylon” has an opportunity to really show people how a machine like the police force has to balance transparency and privacy to get its most important job done. If the show succeeds and they come back for season two, let’s hope they take that chance.