New Season of "True Detective' Stands in Shadow of First

Let’s cut right to what everybody wants to know: the second season of “True Detective,” at least based on the three episodes I’ve seen, is good. In fact, parts of it are quite good. Is it the breakthrough, landmark television of the first season? No. But it is a rock-solid crime drama with film caliber production values, intriguing plotting and great performances. The problem for some viewers will be that the ghost of Rust Cohle hangs heavy in the air of this iteration of “True Detective,” not only inherently inviting comparisons to last year’s award winner but often because writer Nic Pizzolatto sometimes sounds like he’s trying to replicate the grizzled philosophies spouted by Matthew McConaughey. Nearly devoid of humor—there are some cops with lives that aren’t completely full of despair, people—“True Detective” this season could be too depressing and too familiar for some viewers, but the show improves with each episode, especially as it gets deeper into the corrupt atmosphere of California and further away from the encompassing swamps of Louisiana.

There’s a reason Pizzolatto and new director Justin Lin (“Fast Five”) keep calling back to overhead shots of the intertwined freeways of California in the first two episodes of the season. “True Detective” this year is about lives that intersect, sometimes tragically, and then continue on their way. The structure might be off-putting to start given that Pizzolatto and Lin open with their quartet of lead characters in different spheres and mostly different narrative arcs for nearly an hour. It’s not really until they get together at the end of episode one and more in episodes two and three that the show starts to click. 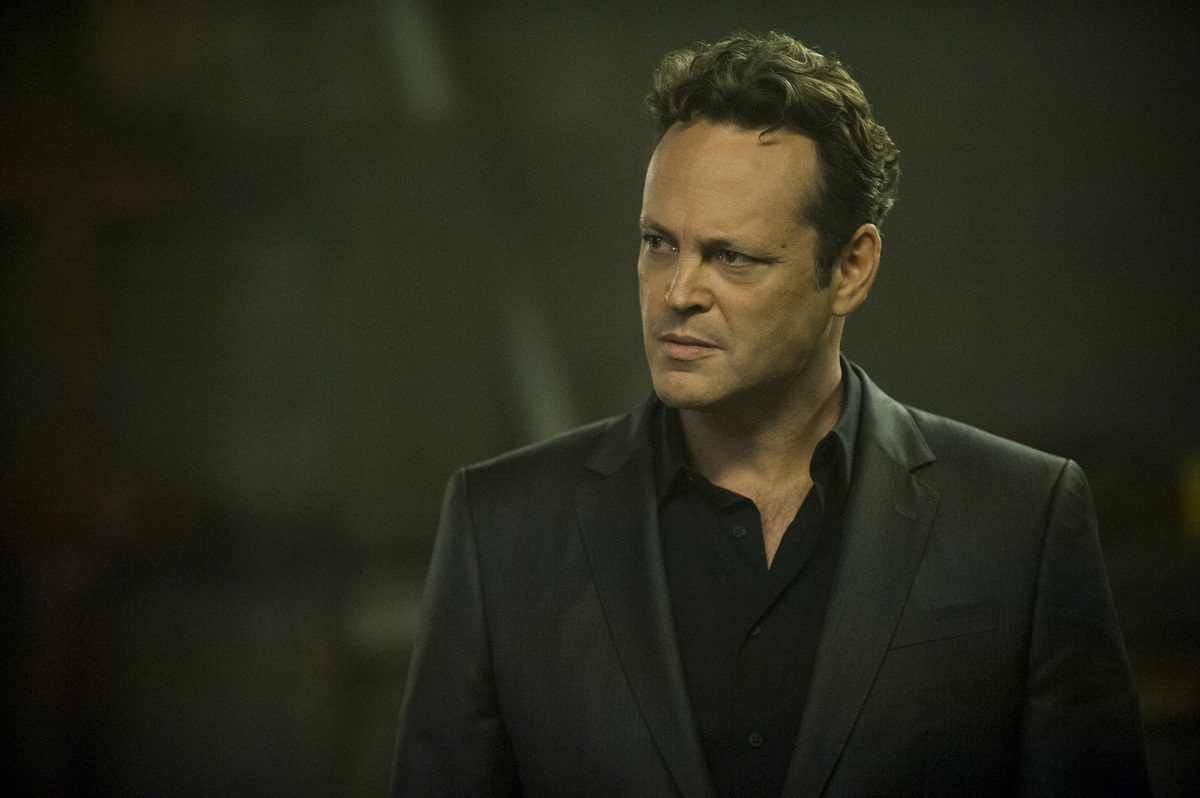 Colin Farrell plays Ray Velcoro, a cop in free fall. His family life has fallen apart and IA could destroy him with just the slightest glance at his career. His wife (Abigail Spencer) wants to take their son as far away from Ray as possible, especially after the tough cop goes too far to protect his boy. Most importantly, Velcoro has been in the back pocket of a nefarious businessman name Frank Semyon (Vince Vaughn) for over a decade now. Years ago, Ray needed Frank to take care of some dirty business after his wife was beaten and raped, and now he’s been under this thumb ever since.

Frank is in the middle of one of the biggest real estate deals of his life when the City Manager with whom he’s been negotiating goes missing. The case will eventually end up on Ray’s desk, but it will also involve a troubled detective named Ani Bezzerides (Rachel McAdams) and a double-troubled highway patrol officer named Paul Woodrugh (Taylor Kitsch). Ani has a sister in the webcam girl business and a father (David Morse) who runs a hippie commune. Paul has wounds from his time in country and some quasi-suicidal tendencies. There are echoes of “L.A. Confidential” here in that three people as different as Ani, Paul and Ray will be forced to work together on a case bigger than the three of them not unlike Ed Exley, Bud White and Jack Vincennes solved the case of their lives.

Everyone in the world of “True Detective” traffics in melancholy. There are times when lines like “I used to want to be an astronaut, but astronauts don’t even go to the moon anymore” sound like a parody of the first season of “True Detective.” As the show loosens up a bit in the two episodes after the premiere, and the philosophical noose isn’t pulled as tight, it improves. There are some dialogue scenes, such as one between Morse & McAdams in the premiere and McAdams & Farrell in the second episode, that are truly excellent. Pizzolatto still has a special gift for illuminating characters as they’re driving somewhere on a case. 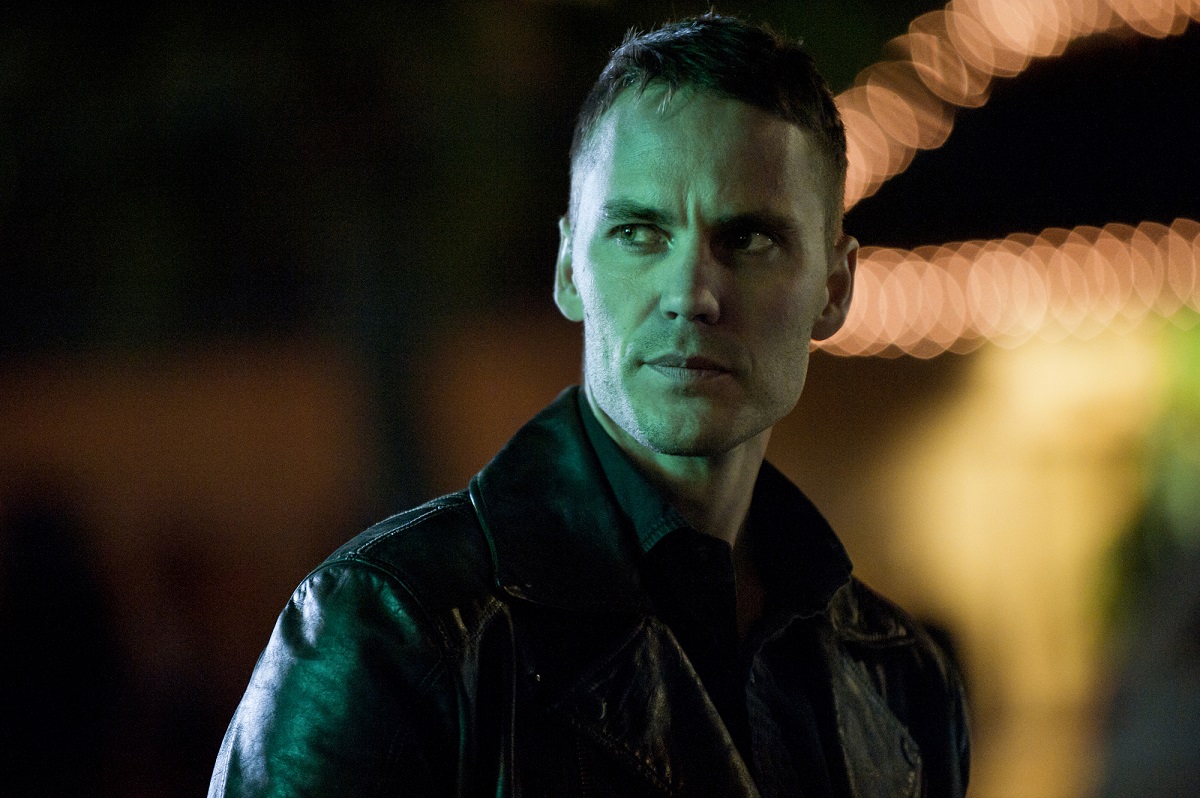 The piece is well-cast all around, particularly McAdams, whose philosophical weariness feels the most rooted in character detail. Ani still wants to save people, including her sister, but she’s seen so much bad behavior, both in the name of good and the name of evil, that she may not have the energy to fight much longer. Vaughn is careful not to overplay the smooth-talking-guy-in-a-suit routine that could have turned Frank into a cliché. Farrell also finds ways to avoid the similar clichés of the cop with nothing left to lose. Kitsch has the least to do in the first trio of episodes, but one feels like that will quickly change.

Watching season two of “True Detective,” one can’t help but feel like its relatively lukewarm reception says as much about what we expect from television in 2015 as it does the quality of the show itself. An event series like this isn’t just compared to last season’s “True Detective,” but “Mad Men,” “Breaking Bad,” “The Wire,” “The Sopranos,” etc. As the bar continues to rise on this arguable golden age of television, we should be wary of dismissing a program this engaging just because it doesn’t stand with the best of the best. It still stands pretty damn tall.