Network Identities: Sundance, SyFy and Netflix Launch Programs That Play to Their Strengths

Believe it or not, young readers, there was a time when the word television had a simple definition. It involved rabbit ear antennas and three networks—CBS, NBC, ABC. Decades later, the word "television" has evolved to include hundreds of networks, delivered via cable, satellite and even without an actual TV at all. And in this ever-changing landscape, it’s essential that networks develop identities. I’m going to be writing more about this in the coming months, but it struck me that the next three nights feature programming that really speak to the definitions of three of the newer players in the game as "Sharknado 2: The Second One" premieres on SyFy, "The Honorable Woman" comes to Sundance, and the fourth season of the cockroach of TV mysteries, "The Killing," comes to Netflix. Quality varies across all three (although one is definitely worth your time) but just the diversity of the choices is a story in itself when one considers those early days of three-option TV. 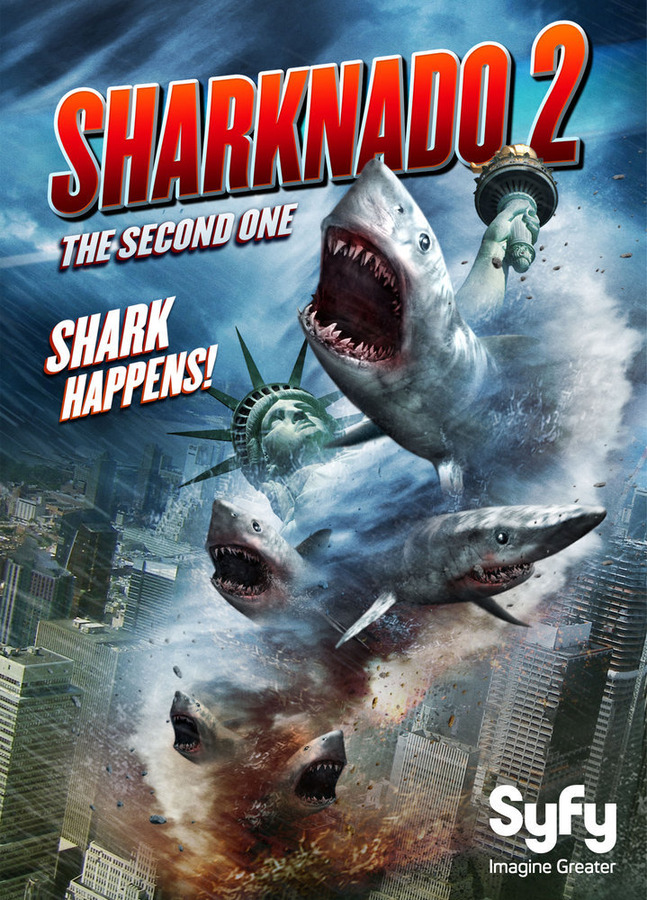 "Sharknado 2: The Second One"

I’m going say something that could be misquoted: The opening action sequence in "Sharknado 2: The Second One" is brilliant. Oh, it’s not creatively brilliant. It’s not well-staged or well-acted or well-anything really. But it’s one of the first times I can remember watching something that feels entirely and completely designed to provoke a response on social media. It's brilliant marketing. 2013’s "Sharknado" was a massive hit thanks in no small part to the way people responded to it on Twitter. So, the writers of "Sharknado 2" have frontloaded their sequel with a ridiculous, insane, B-movie opening sequence that essentially pays homage to the classic "Nightmare at 20,000 Feet" episode of "The Twilight Zone"—sharknado meets plane. And if you can imagine how insane that might be, you are only half-right. It’s something that sets the stage for Troma-esque lunacy and will SURELY get people tweeting and talking.

How do you top a movie in which its lead character escaped from the inside of a giant shark? Take it to the other coast. Fin (Ian Ziering) and April (Tara Reid) have become quasi-celebrities after the insanity of "Sharknado." April even wrote a bestselling book about it. The two travel to New York City and, well, it happens again, this time with Vivica A. Fox, Kari Wuhrer and Mark McGrath in supporting roles.

The creators of "Sharknado 2" know their target audience: people willing to embrace bad dialogue, one-take performances, and truly horrendous production values for a bit of B-movie escapism. They pepper the film with as many nostalgic cameos as sharks, including Billy Ray Cyrus, Andy Dick, Kelly Osbourne, Judd Hirsch and more. Matt Lauer and Al Roker make multiple appearances as themselves, reporting on the Sharknado. It’s a silly, silly, silly movie and fans of it will say it works because the people who made it know it’s silly. It’s intentionally "bad." Yes and no. While I kind of love the opening sequence, "Sharknado 2" drags for a large chunk after that and, honestly, doesn’t have enough insane action to really say it completely works as B-movie escapism. A movie like "Sharknado 2" needs to be so briskly paced that you never have time to consider what Kari Wuhrer has been up to for the last twenty years. It’s not quite that well done. There are moments of insanity that will get the Twitterverse talking. It’s what happens in between that puts the blah in B-movie. 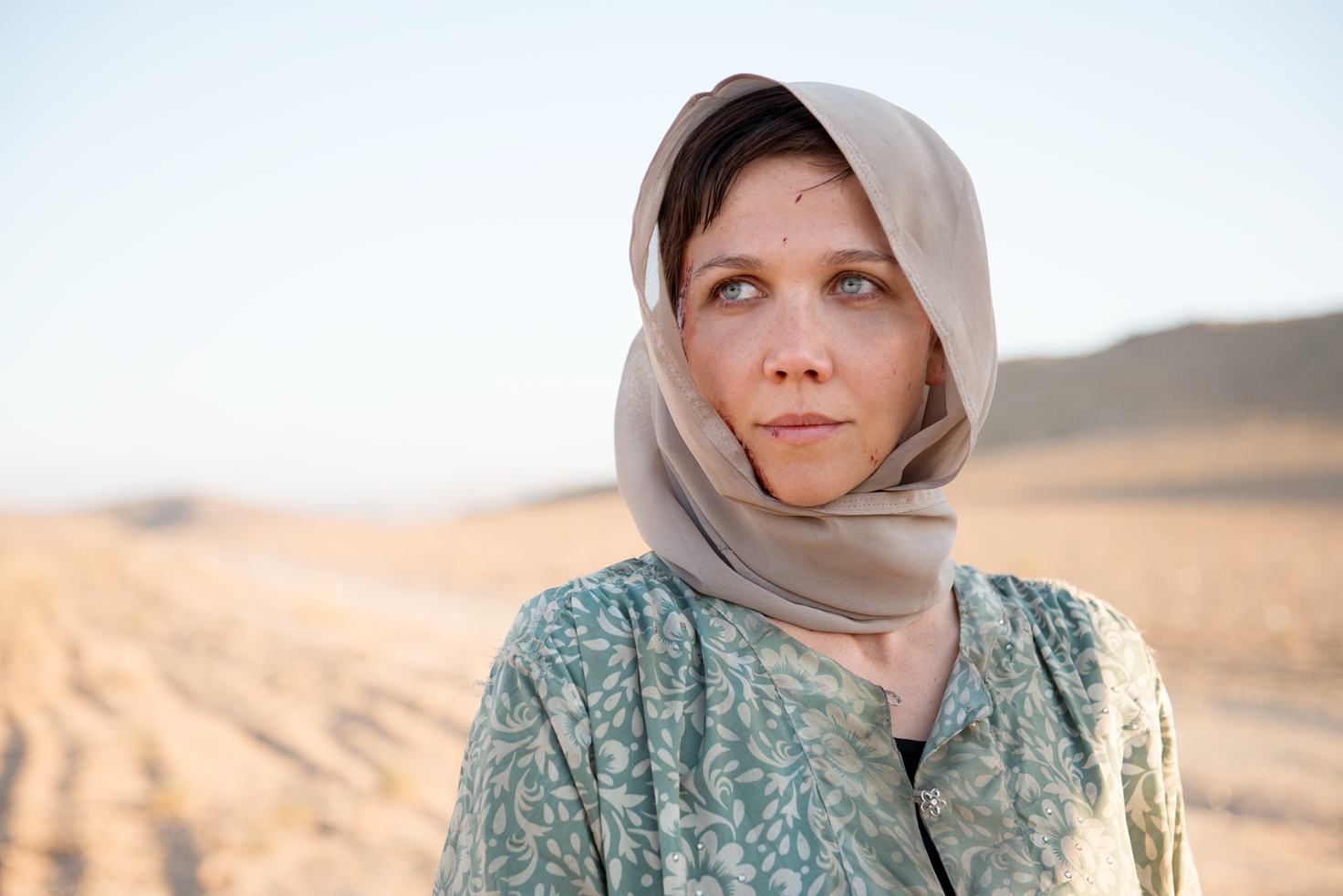 Take a drastic left turn tomorrow night on The Sundance Channel and check out the remarkably solid "The Honorable Woman," a BBC mini-series getting the import to an increasingly important cable channel that has been the home for the good-to-great "Rectify," "The Red Road," and "The Top of the Lake" in the last two years.
Remarkably timed to comment in its own way on the complexity of the conflict in the Middle East, "The Honorable Woman" centers on Nessa Stein (Maggie Gyllenhaal), a powerful businesswoman whose company handles data cabling construction and infrastructure between Israel and the West Bank. Choosing to give contracts to Israelis or Palestinians is only one of Stein’s problems as she turns out to have a few dark secrets in her closet and may not at all be who she purports to be. An MI6 agent played to perfection by Stephen Rea starts to suspect Nessa is hiding something when a man who was to get her biggest contract kills himself. Or did he? Janet McTeer, Lindsay Duncan, Lubna Azbal, and Andrew Buchan fill out a very talented cast.

"The Honorable Woman" hums unlike most TV thrillers, thanks in no small part to great work by Rea and Gyllenhaal. She strikes the perfect balance between a woman that it’s easy to believe titans of industry and political power brokers would consider their equal and someone with a very fragile personal life, made even more so by the terrifying end of the first episode. Some of the dialogue is remarkably over-cooked ("Like any good spy, when I leave a case, I like to leave it empty.") but it’s somehow forgivable when it’s coming from actors as talented as Gyllenhaal, Rea and McTeer. And the unbelievable aspects of "The Honorable Woman" never overwhelm the grounded characters or fascinating narrative—they just pepper it with a bit of spy movie flair.

There’s also something deeper going on thematically in "The Honorable Woman" that I’m interested to see play out over the last four episodes (they only sent the first half for press). We’re in a time of increasing turmoil in the Middle East (and you really must read Omer M. Muzaffer’s 4-part series on how this part of the world has been reflected in cinema). There are political undercurrents at play in "The Honorable Woman" that speak to this tumultuous part of the real world without underlining them. "Nothing can change because of this. NOTHING can change." "Except it has." How could someone not read that as a commentary on how refusing change in any part of the world but especially one so beset by violence is impractical and even naïve? This often-brilliant thriller is doing what great political thrillers do—commenting on the real world while also presenting an escapist one for us to leave it behind. It’s also perfectly in line with the smart, adult, well-made programming Sundance has been delivering of late. 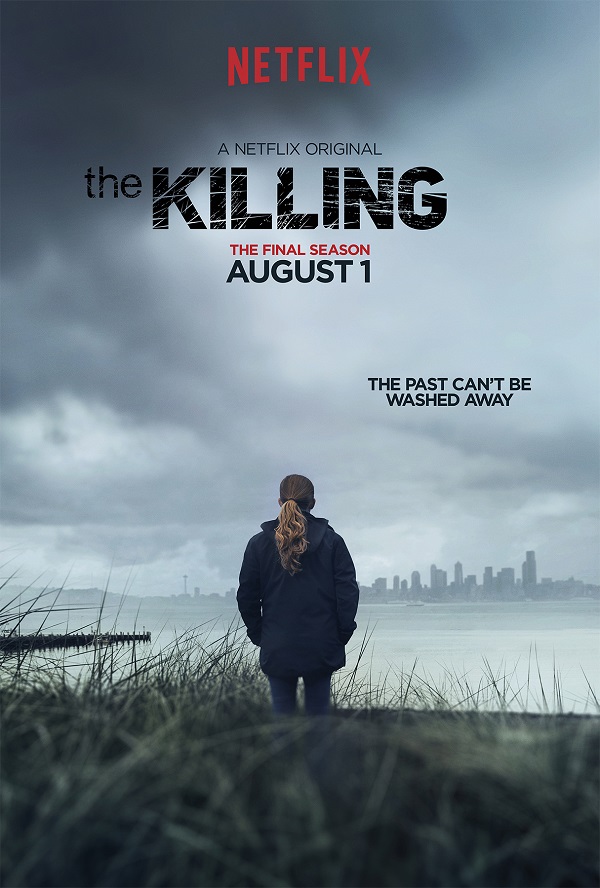 Which brings us to the show that wouldn’t die. Veena Sud’s adaptation made waves when it debuted on AMC, crashed as quickly as it took off when it became clear that she wasn’t going to solve her mystery at the end of season one, and was actually canceled at the end of season two after the ratings plummeted. To everyone’s surprise, AMC brought the show back from the dead for a third outing. To everyone’s greater surprise, it was pretty great. Featuring incredible supporting performances by Peter Sarsgaard and Elias Koteas, the third season of "The Killing" was the program’s best and it felt like the show might actually find itself. And then it got cancelled again. And then it got renewed again, this time in a 6-episode run on Netflix, which, you guessed it, the company claims will be the last. Sure. Like we believe you, "The Show That Cried Wolf."

So, "The Killing" is back again, although it feels like more of an epilogue than a return. I believe a lot of people will catch up with season three on Netflix as press builds about the launch of season four, so I won’t spoil the end of that year. Let’s just say it was ugly. And the mini-season on Netflx centers heavily on the repercussions of the third-season finale, particularly how they’ve left Linden (Mireilles Enos) shattered. Yes, believe it or not, "The Killing" is even more depressing. To distract from the PTSD, there’s a new case that allows Joan Allen a juicy supporting role.

I truly like the character work done by Enos and Kinnaman but the fourth season of "The Killing" feels like an afterthought. It would have been smart of Netflix to completely reboot the show, bring back the leads but give them new energy with a new plot. But instead they’ve created something that is not just directly attached to the disappointing finale of the third season but grafted a mystery on to it that feels like an echo of what the show has done more interestingly in the past. I do like the idea of watching a mystery series like "The Killing" in the course of a weekend. It’s easier to see what the show does well in binge form and it’s that aspect that may have hurt it week-to-week on AMC. It makes perfect sense that Netflix would add "The Killing" to its arsenal. I just wish they had done more with it to justify its existence. Other than to bring more people to a new form of television, I suppose.