NBC’s “Heartbeat,” premiering tomorrow night (March 23, 8/7c), is an annoying anachronism of a show, a program that openly steals ideas from better shows like “Grey’s Anatomy,” “ER” and “House” but has no idea what to do with them. It’s like a student who copies his classmate’s answers but still fails the test. If anything, that’s the most interesting aspect of the show in that it proves that one can hit all the same notes as much more melodious shows but still do so in a way that creates a whole new, remarkably annoying song. The true shame is that the star of “Heartbeat” is a talented actress who’s long been in search of the right vehicle to display her range and likability. One hopes this “Heartbeat” flatlines soon so she can find it.

Dr. Alex Panttiere (Melissa George) is one of the most renowned heart transplant surgeons in the world—and yet, because “It’s TV,” she’s constantly stymied by an unsupportive administration and most of the men in her life. Almost like a parody of medical dramas, the writers of “Heartbeat” weigh down this character with as much clichéd baggage as possible. She’s got two kids. She’s got a rock star ex-husband (Joshua Leonard), who happens to be gay. She’s got an administrator (Shelley Conn) to defy. And she’s got two men at work (Dave Annable and Don Hany) to serve as romantic interests. 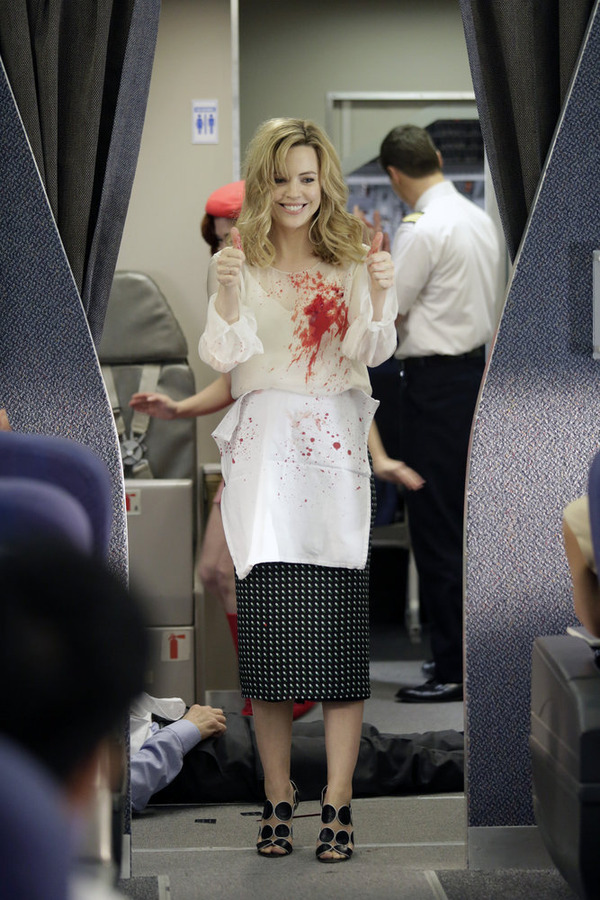 What’s so annoying about this structure is that it takes a character who should be strong and makes her responsive to what’s happening around her. She’s defined by how the people in her life either support her or fight her—mostly men in both cases. So a character who feels like she should be a field-leading feminist becomes reactive instead of proactive. And lest you think that’s the theme—that a modern woman has to deal with a lot of dumb men to become a success—don’t give “Heartbeat” that much credit. It doesn’t feel like a progressive examination of gender roles in medicine—just a greatest hits of genre clichés.

Where to begin? There’s a cutesy, jaunty score that says “Hey, aren’t we different?” There are drastic tonal changes, including a suicide, that just aren’t earned. Here’s a particularly teeth-grinding exchange: “Alex, there are four doctors in the world who know how to do this operation.” “Now there’ll be five.” Episode two features singing conjoined twins where one of them has cancer and the other doesn’t. Worst of all, it’s a tonal mess. Everyone is SO wacky, SO emotional, SO brilliant, SO gorgeous, SO unrealistic.

The real shame is that I’ve been hoping Melissa George would find a real household-naming making vehicle for some time now. With a film resume that includes “Dark City,” “The Limey” and “Mulholland Drive” and TV work on some of our generation’s best (including “The Good Wife” and “In Treatment”), it always felt like she was one strong TV creator away from stardom. She’s again easily the best thing about “Heartbeat,” although she’s stranded by writing that has no idea what to do with a supporting cast that includes vets like Annable, Leonard and Jamie Kennedy.

There’s a reason that medical, cop and legal dramas go back to the Big Book of Clichés over and over again. They often work, especially when they’re ingrained in a narrative that feels genuine. We like the characters enough, we don’t mind that we can see some of the strings being pulled. “ER” did it for years, carried by the charisma of its cast and realism of its setting more than anything narrative. “Heartbeat” feels like it sprung to life from a computer program that had been fed the scripts of every medical drama in the last two decades. It has no pulse.