“Marvel’s Jessica Jones” Pushes Against Expectations of the Superhero Show

“Marvel’s Jessica Jones,” debuting in its entirety on Netflix this Friday, November 20th, is one of the best products to bear the Marvel name. It is daring, ambitious television that doesn’t spoon-feed its audience like so many writers who adapt material from comic books choose to do. It is a Marvel piece more concerned with aftermath than origin, which is a major change of pace for the brand. We meet Jessica Jones (Krysten Ritter) long after major events have happened in her superhero arc, and that helps make her feel more like a three-dimensional part of the MCU than just another origin story would. And the writers, led by Melissa Rosenberg (“Dexter”), aren’t afraid to tackle issues that Marvel hasn’t really dealt with before in film or TV, including trauma, abuse, gender, sexuality, privacy and a patriarchal society. Jones is one of the Marvel Universe’s most interesting and complete characters to date, and I’ve only seen four episodes. Netflix has done it again. 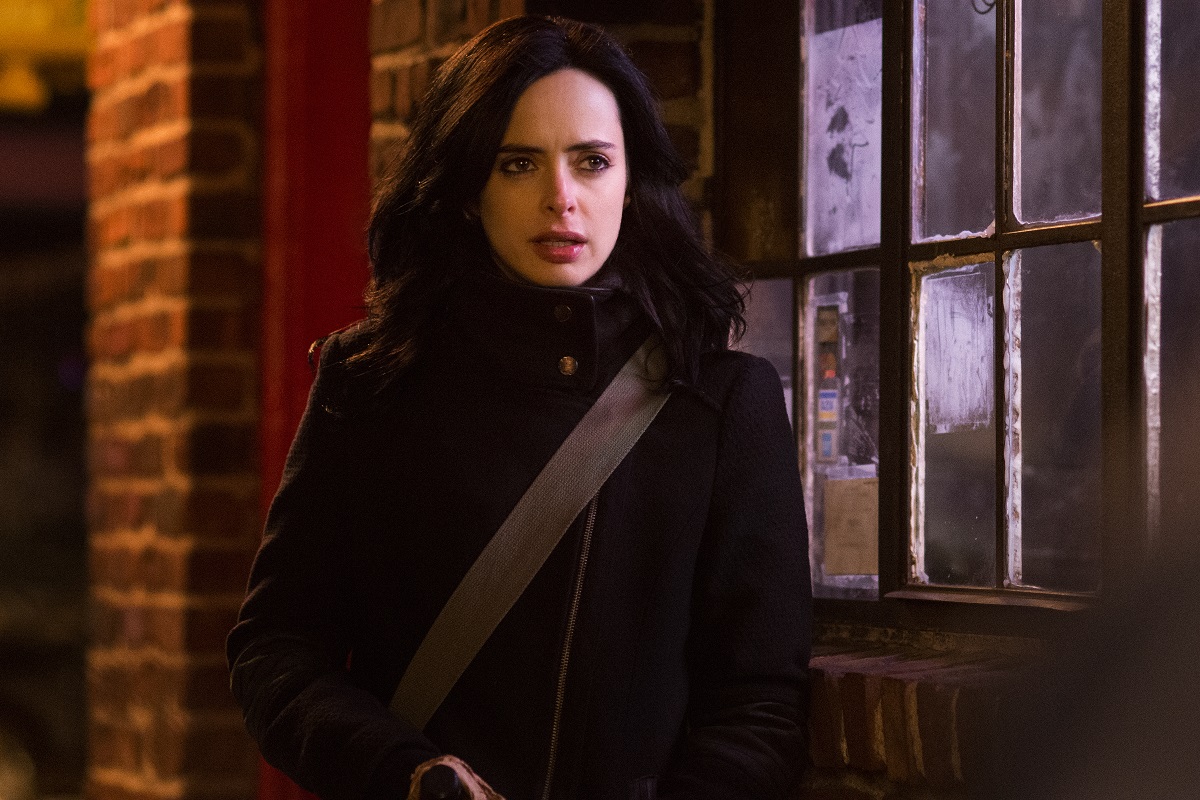 As played with a perfect balance of kindness and the kind of cynicism that comes from deep, traumatic wounds, Jessica Jones is an outsider. She does work here and there as a private investigator, typically getting hired to snap photos of cheating husbands doing what they do. She’s clearly walling herself off from the rest of the world, refusing friendships like that of talk show host Trish Walker (Rachael Taylor) and getting work from high-powered attorney Jeryn Hogarth (Carrie-Anne Moss) on the side. When she’s hired to find a missing girl, she assumes it’s just another case. While investigating it, she discovers that this girl is caught up in something that almost destroyed Jessica’s life, trapped in the spell of a man named Kilgrave (David Tennant), a villain with the power of mind control.

Did I mention Jessica has the strength of Thor? She hides her unique ability, making her a more reticent superhero than we’re used to seeing in the world of Marvel. There’s little action in “Jessica Jones.” It’s more of a character drama than Netflix's “Daredevil" series, and way more than any of the Marvel movies. Jessica only uses her powers when it’s necessary, such as in a fight scene where she learns a local bartender named Luke Cage (Mike Colter) might be cut from similar cloth. For the most part, Jessica is a superhero with PTSD, one who doesn’t want the supervillain whom she escaped to find her and one who isn’t magnanimous enough to join The Avengers. 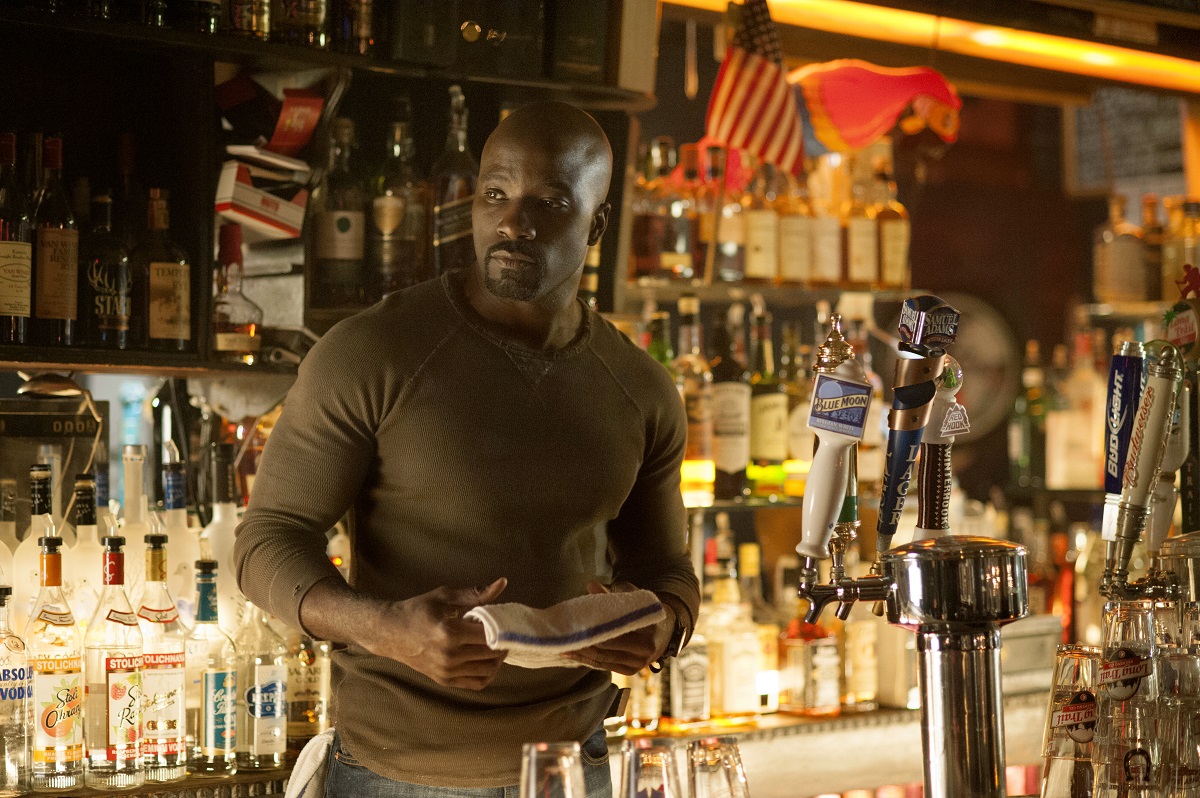 About the “big green guy,” referenced more than once in “Jessica Jones”—this is a world in which Whedon’s film not only happened, it had impact. People became afraid of those with powers for the collateral damage that could ensue. It’s only one way in which Rosenberg and company daringly challenge conceptions of trauma and PTSD. Superhero stories are rarely about consequences. The Hulk crashes into buildings and cars are overturned by Captain America, and we’re not really supposed to ask if there were people inside either (other than a bit of text in "Iron Man 3"). “Jessica Jones” is a rare show, of any breed much less superhero, in which violence has impact, and not just in the physical moment but the emotional long-term.

It’s also a program that delicately, intricately draws in viewers, adding layers with each character and subplot in a way that will make not watching another episode difficult. Why is Trish taking self-defense classes? What secrets are Luke hiding? Why is Hogarth so dismissive? And how villainous will Kilgrave get? Like the slow reveal of The Kingpin on “Daredevil,” the writers of “Jessica Jones” treat Kilgrave like the shark in “Jaws,” making his legend more menacing than imaginable by the time he actually starts getting notable dialogue. He’s barely in the first few episodes, which allows the writers villain build-up in a way that’s not really possible in film. 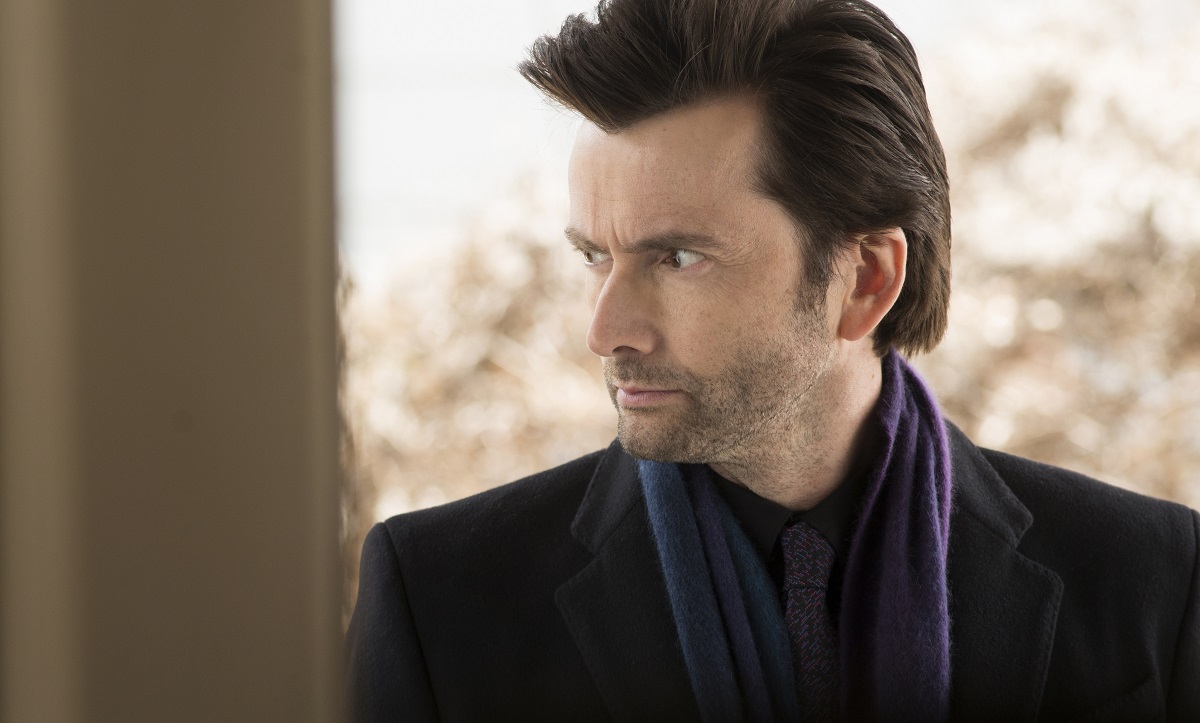 It’s also impossible not to notice and appreciate the gender commentary on display in “Jessica Jones.” At first, it’s subtle—the strong woman who escaped an abusive relationship with the controlling man—although, there are clever, brilliantly written comments on gender imbalance and the male gaze even in the first episode, no more so than a chilling moment that precedes extreme violence in which someone tells Jessica to “smile,” an annoyingly common reality for women in big cities and the men who think they’re being chivalrous but are really just being controlling. The subtext of a male-dominated society, even one in which women have superpowers, becomes even more blatant as the show goes on with lines like, “Men and power, it’s seriously a disease.” “Jessica Jones” is daring and brilliant because it’s more about what we do with power than having it. We’ve seen hundreds of stories of men and women with abilities beyond our imagination, but “Jessica Jones” dares to suggest that even in a universe of super strength it is how we use our advantages, especially the ones society gives us, that impacts the world.

To be fair, I wish “Jessica Jones” was a little more stylish. The show is often shot in a flat, predictable manner, which is likely a choice made to place emphasis on the deep emotion of the piece instead of a perceived “comic book look,” but it results in a show that has almost no visual language at all. That’s disappointing in an era of visually strong dramas all over the TV landscape. Compared to those, “Jessica Jones” can be distractingly dull to look at.

Luckily, it’s never dull in every other department. From Ritter’s totally engaged performance—this character could have been pure snark but she never gives into that impulse—to the aforementioned themes that Rosenberg so captivatingly weaves into her narrative, “Marvel’s Jessica Jones” works. It would be tempting to end by suggesting you change your Thanksgiving plans to include it, but I suspect most of you will have watched it all long before Turkey Day.