In the summer of 2003, I was working in a video store. Things were not going well for me. Things were about to fall apart for a good long while. I sensed this on some level and stalked the rows of tapes to use the free rentals I had as an employee to find movies I’d never heard of to take my mind off the feeling of approaching doom. Some were hilarious, forgettable trash. (Ask me sometime about “Eternity,” where Jon Voight plays a public access host who learns he is a reincarnated prince who most stop Armand Assante from buying his station.) And then there was “Miracle Mile.” I’m not sure what I thought I was getting. But I remember the rising feeling of panic and recognition as I watched it. I remember putting the tape back into the case already trying to rewrite my memory of what I’d just seen. The film showed me something I was not ready to know, or admit to myself. I was haunted by the ending for days. I could only see the horror in it. It would be a long time before I could recognize the benediction in it. 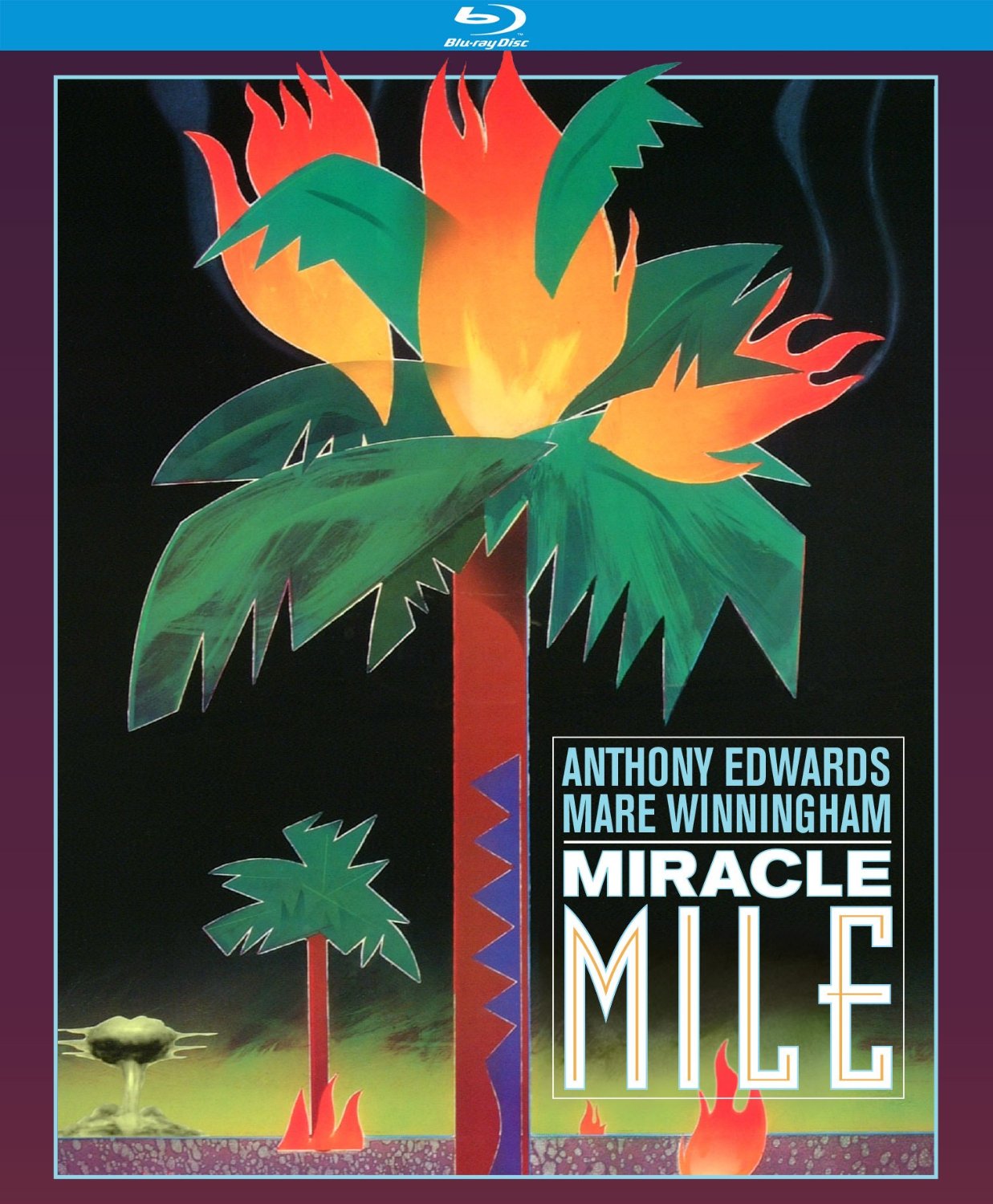 Recently released on Blu-ray by Kino Lorber, 1988’s “Miracle Mile” was writer/director Steve De Jarnatt’s vision of The End of Days in a candy colored Pop Luxe Los Angeles. It’s a hysterical, lyrically beautiful film. Turning the tourist trap of the La Brea tar pits and its museum into a widescreen paradise where our Adam and Eve, Anthony Edwards as Harry and Mare Winningham as Julie, meet and instantly connect. They spend a lovely day together, and the film takes in the various mid-century kitsch of hamburger palaces and coffee shops that were quickly becoming extinct. The film subtly comments that ‘80s Los Angeles, and everywhere else, had no patience for its history. Harry and Julie make plans to meet later that night. Harry oversleeps and rushes to the diner meeting spot several hours too late. He finds a motley collection of character actors acting out the Reagan era version of Hopper’s Nighthawks. He places a call to Julie on the payphone outside the restaurant and starts to walk back in. The phone starts ringing, ecstatic it might be her returning his call he’s in no way prepared for the voice on the other end of the line. A panicked young man thinking he’s calling his father from his missile silo warns that there’s only an hour to get out before the missiles land and WWIII begins. A hail of gunfire ends the voice on the other end of the line. Harry walks back in dazed, trying to deny what he’s heard but quickly spreading his panic to the other people in the diner. He can’t take the chance the call was a prank, and he can’t leave for safety without Julie and so the race is on. 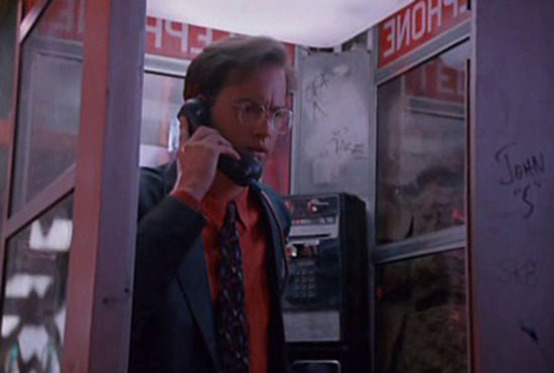 It’s funny that for a city that produces so many movies we rarely see a movie set in Los Angeles. And certainly not this Los Angeles. This is a city of elderly retirees, hash slingers, hookers and beat cops. The city of people who are up at four in the morning, cleaning the streets or finishing the late shift—the people that in other apocalyptic films are just the nameless horde we see crushed under earthquakes and crumbling buildings. There’s a real searing sorrow underneath these funny, exhausted characters. We get to know them, their names, and ache for knowing they won’t make it. There is none of the insufferable indifference of big budget disaster films, that the “right” people made it out alive so who cares? The film dares to suggest that we’re all the “right” people in our way and we deserve life. And the tragedy of the world is how often that’s denied to us.

The film serves as a summation of its decade, the excess of the wealthy that ground down the working class. The pastel colors that tried to soothe away worries of coming nuclear Armageddon. The obsession with image and more is always better. The colors on KL Studio Classic’s Blu-ray of the film almost smother you at first but they’re perfect for the story—twilight’s last brilliant, shimmering gleaming before the shroud of nuclear winter. That a film about death could be so alive is its main paradox. And it’s why the film never left me after that initial viewing in 2003.

And it seems right I caught back up with “Miracle Mile” this year. This has not been a good year for me. I lost my father back in February and since then everything has felt like it’s been moved a few inches off. I’m paralyzed by indecision. I look at people and all I can think is “You are going to die someday.” I’m only now regaining some sense of balance but it’s tenuous. And yet that is the great, sad, kind message of the film. It’s always too late. There’s never enough time. So live. Live the best you can. And maybe love is the thing that survives us. Maybe that last part is even true. I’d like to think so.