It’s kind of hard to believe that “Wet Hot American Summer: First Day of Camp” actually will be available in its entirety for Netflix subscribers starting this Friday, July 31st. Barely recognized on its theatrical release and generally despised by critics, “Wet Hot American Summer” made just under $300,000 TOTAL. As cult hits often do, “Wet Hot” found its audience on DVD, helped along in no small part by the rising star status of several of its key players, including Paul Rudd, Bradley Cooper, Amy Poehler and Elizabeth Banks. Writer/director David Wain teased for years about getting the group back together to shoot a sequel, but it felt like something unlikely to happen, especially as Cooper turned into an annual Oscar nominee and Rudd joined the Marvel Cinematic Universe. And yet here we are experiencing the truly odd, sometimes hilarious “First Day of Camp,” which not only gathers almost all of the cast of the 2001 film but invited dozens of other celebrities to join the party. The result is often infectiously crazy as you can practically catch the cast cracking up between takes as they say something like “Can you BELIEVE this is happening?” 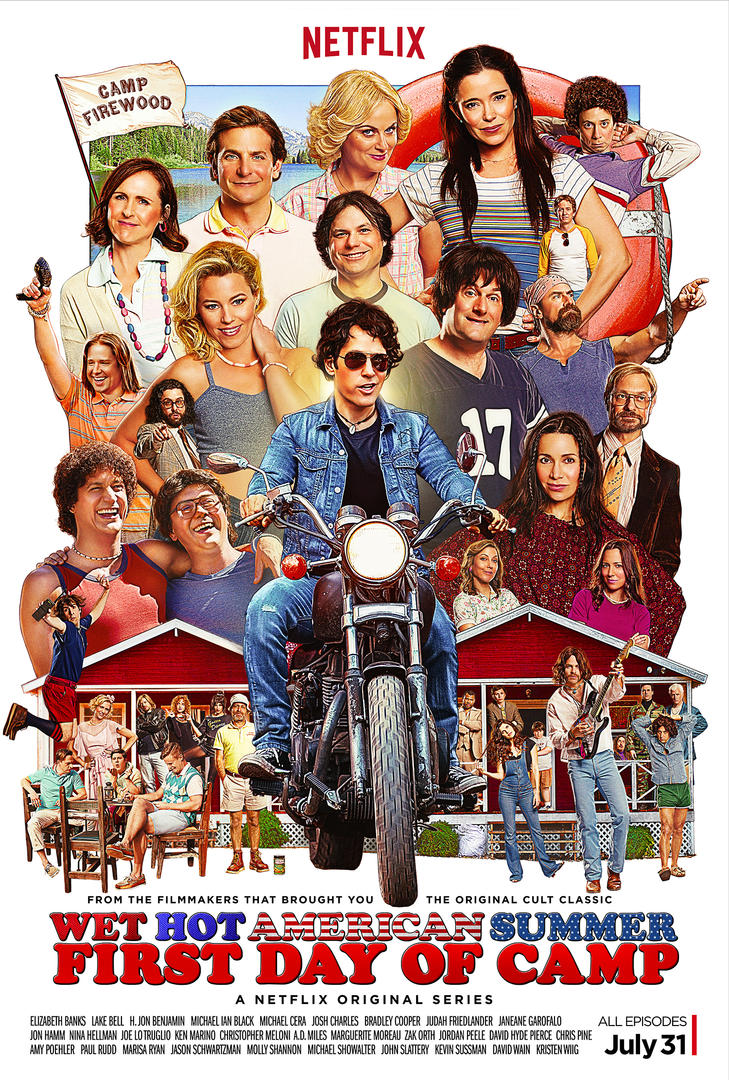 So how do you make a sequel to a summer camp movie when your cast is now 14 years older? Just completely ignore logic and make it a prequel, of course! Illogically taking place entirely on the first day of camp—they mount an entire theatrical production in a day, for example—the structure of the new “Wet Hot American Summer” allows Wain and his team to play with the back stories of beloved characters from the film. Wonder how Gene (Christopher Meloni) got so crazy? Want to see when Ben (Bradley Cooper) fell in love with McKinley (Michael Ian Black)? Curious about how Harry (David Hyde Pierce) ended up in the house down the lake? All of those questions and ones you didn’t even know you had are answered in “First Day of Camp,” a piece that is very clearly designed as a thank you to the fans of the movie.

As is almost always the case with comedy sequels, it’s those callbacks to the film that often feel the most repetitious and uninspired. It’s when “First Day of Camp” really goes off the expected path that it works best, not when it’s giving Gene’s can of vegetables an origin story. Elizabeth Banks is great as a 24-year-old reporter named Lindsay who tries to go undercover at the camp and find an elusive rock star (Chris Pine) who may be hiding out there. Janeane Garofalo and Jason Schwartzman are having a blast as they try to get to the bottom of a conspiracy to dump toxic waste near the camp. Josh Charles leads a group of preppie jerks who basically serve as Statler & Waldorf, spying on the camp and commenting. And Jon Hamm steals another Netflix series as The Falcon, President Reagan’s Hired Assassin. Most of the famous faces are little more than cameos, and so you will have to spend more time with Coop’s (Michael Showalter) failed attempts at romance (with Lake Bell) than anybody wants to, but there are so many distractions from the "plot" of "First Day of Camp," that the piece rarely drags. 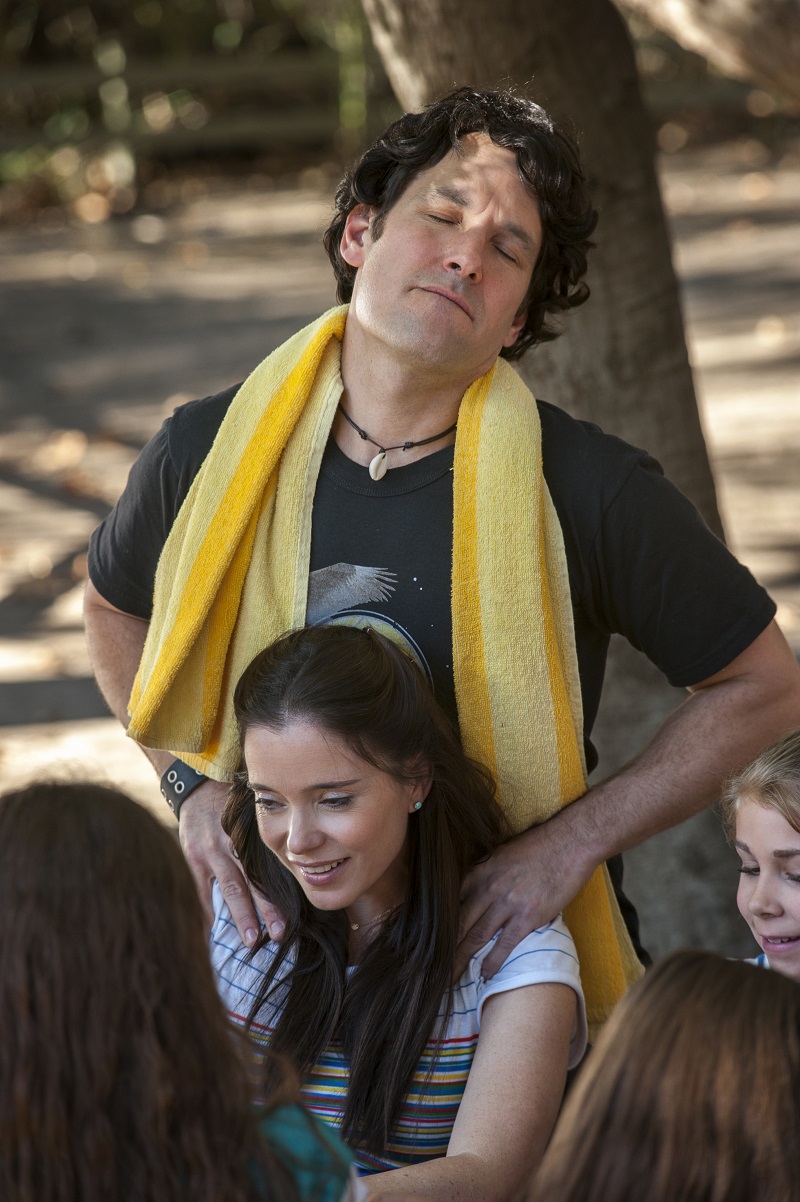 In the end, “Wet Hot American Summer: First Day of Camp” gets a lot of mileage out of funny names, ridiculous pop culture references and wildly inconsistent accents (it’s almost worth it just to hear Wain say “Freddy Fuddy Duddy” in a ridiculous Israeli cadence). The Kristen Wiig and Jon Hamm cameos are worth the entire production budget on their own. Even if the entire rhythm isn’t quite there, the moments pile up over the six episodes I’ve seen, including an amazing audition by Rudd, phony phone call by Ken Marino, and cameo by Weird Al Yankovic as the best hypnotist in the world. If most of Showalter’s schtick doesn’t work, every scene Paul Rudd is in does, and so the project has a surprisingly successful give and take. It’s from that classic Brooks or Zucker school of comedy—don’t like a joke, wait five seconds for another one.

Sure, Wain is one of those comedy voices who rarely conceived a joke he wanted to tell only once, which will make “First Day of Camp” exhausting for some and exhilarating for those who have seen the cult classic that preceded it a dozen times. For serious fans of the movie, the knowing glances from cast member to cast member as even they can’t believe this reunion is taking place will be downright infectious. For people who agreed with this site's legendary review, they will be nothing but annoying. Even fans will admit the timing is sometimes a bit off and one gets the sense that everything was a bit rushed to make sure it was done before someone changed their mind, but can you blame them? It’s nearly a miracle that this even exists. Maybe there’s reason to hope for a “Wanderlust” sequel. Someone call Amazon.