Shows like "LOST," "True Blood" and "The Walking Dead" have led dozens of networks to greenlight genre products that would once be the purview of niche outlets like SyFy. And so we get a program like CBS’s "Extant," debuting tomorrow night, July 9, 2014 that would have seemed unlikely just a few years ago, especially in the summer season. If anything, the existence of "Extant" is proof of the changing landscape of TV. Not only is a network like CBS now willing to dabble in more extreme genre fare (especially after the success of "Under the Dome") but they’re willing to do so in a season that used to be dominated by cast-offs and given up to cable. And they’re willing to pay an Oscar-winner to star in it. While I wish I could support these attempts by the networks to give viewers more than just recycled Canadian dramas in the warmer months, "Extant" is a near-miss, a show with a lot of ideas, most of them borrowed from superior projects. Yes, any network TV program that contains echoes of "Solaris" and "A.I.: Artificial Intelligence" deserves a bit of attention but "Extant" is more frustrating in its mimicry than satisfying, a show that I may tune into for week two just to see where it’s going but I’m not excited about it. At the same time, Netflix brings "Hemlock Grove" back to its subscribers for those looking for a streaming alternative to "House of Cards," "Orange is the New Black," and quality television in general. 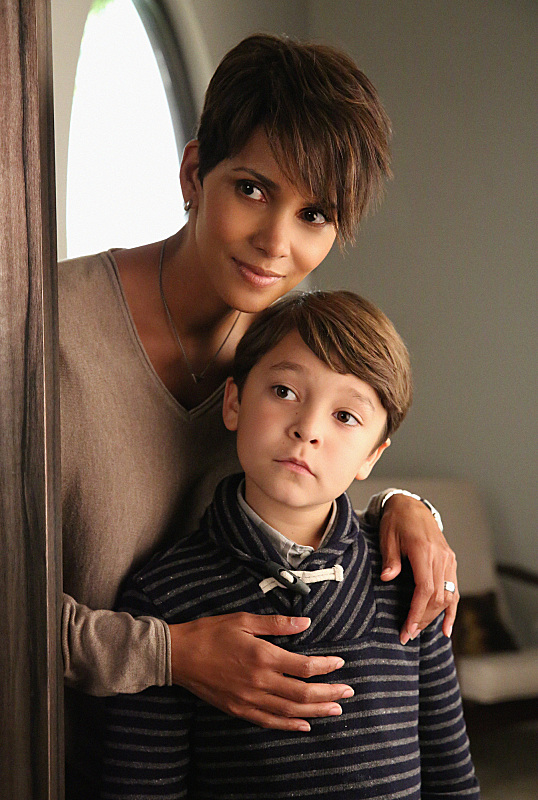 Molly Woods (Halle Berry) has just returned from a year in space, alone. In this vision of the future, we are much closer to the T-1000 than today. John Woods (Goran Visjnic), Molly’s husband, has developed the most advanced AI to date…and made it his son. Ethan Woods (Pierce Gagnon, so great in Rian Johnson’s "Looper") is the robot child of Molly and John, pushed into existence at least partially by the fact that the two couldn’t have children together naturally. As John shows off his son to investors who openly ask what the plan is for when the robot kids attack, Molly makes a startling discovery: despite being alone for over a year, she’s pregnant. We then get flashbacks to a few creepy events aboard her ship that could lead to an explanation and learn that Molly’s unexpected state may not be all that surprising to everyone involved in planning her mission.

Government conspiracies, the blend of the emotional and the scientific in both Molly’s predicament and John’s "fatherhood," a vision of the future in which humanity is being replaced by machinery—"Extant" travels well-worn ground, even if it’s not territory overly familiar to the CBS brand. To be blunt, there are better sci-fi shows. The biggest problem is a cold, icy aesthetic that Berry does her best to break through but that feels like the product of a writer’s room that lacks passion. Watch the FX premiere of "The Strain" on Sunday, directed by Guillermo del Toro, and see a genre piece oozing with personality and edge. This show has had all of its edges sanded down. Extant" often feels as cold and clinical as the artificial intelligence it supposes on our future. 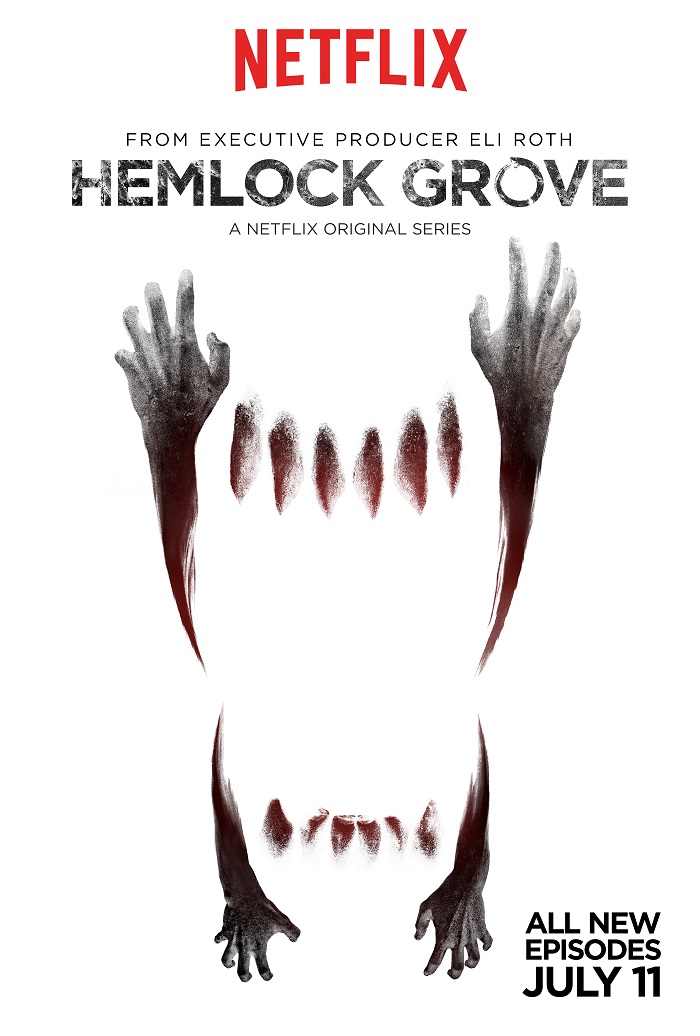 One could never accuse Netflix’s "Hemlock Grove," returning this weekend in a full-release run like all Netflix original programming, of having a cold approach to storytelling, but that doesn’t mean it’s any good. Clearly, I’m a genre fan. I like the idea that Netflix balanced their intellectual side a la David Fincher with something bloodier a la Eli Roth. And so I keep trying to like "Hemlock Grove." And failing. There was a soap opera on in the ‘00s called "Passions" that attempted to rekindle a little of that "Dark Shadows" fire by merging the melodrama of daytime TV with bizarrely supernatural elements like talking teddy bears. I don’t think it’s intentional but "Hemlock Grove" reminds me of "Passions." It is lurid and heated (which "Extant" could use more of) but it’s also just ridiculous and filled with awful dialogue spouted by characters about whom it is impossible to care. It makes one appreciate "True Blood" at its early peak, a show that once balanced ludicrous plotlines with interesting characters and social subtext. Despite a typically fun bit of scene-stealing from Famke Janssen, "Hemlock Grove" just isn’t smart enough.

One longs for a new genre show in between the extremes of "Hemlock Grove" and "Extant," with the passion of the former but the grand ideas of the latter. Then again, networks are learning that’s a harder thing to pull off than critics of these often-derided genres may have led them to believe.