“Show me a hero and I’ll write you a tragedy.” –F. Scott Fitzgerald

Based on the true story of the development of low-income housing in Yonkers, New York in the late ‘80s and early ‘90s, HBO’s “Show Me a Hero” is the TV event of the Summer, a mini-series that plays like a great American novel or a lost Sidney Lumet movie. Over six hours, writer/creator David Simon (“The Wire”) and director Paul Haggis (“Crash”) craft a piece dense with political machinations that somehow never loses its focus on the people who get caught up in the web of public policy decisions and the people who make them. Oscar Isaac ably leads a stellar ensemble but this is Simon and co-writer William F. Zorzi’s show and the product has that same attention to detail as “The Wire” and “Treme” while adding a notable layer of cultural resonance given the issues it addresses that remain troubling to this day.

Oscar Isaac plays Nick Wasicsko, who was elected Mayor of Yonkers in 1988 and was the youngest Mayor in the country at the time. When elected, the city was going through major upheaval over a proposal for lower income housing. City council meetings were almost impossible to hold over the loud, screaming, borderline violent protests both in the room and outside. The people of Yonkers wouldn’t take no for an answer. In stereotypical New Yorker fashion, they dug in their heels and demanded to be heard. They voted out Wasicsko’s predecessor (Jim Belushi) because he couldn’t stop the proposal. It’s now Nick’s job to appeal it in the premiere episode. 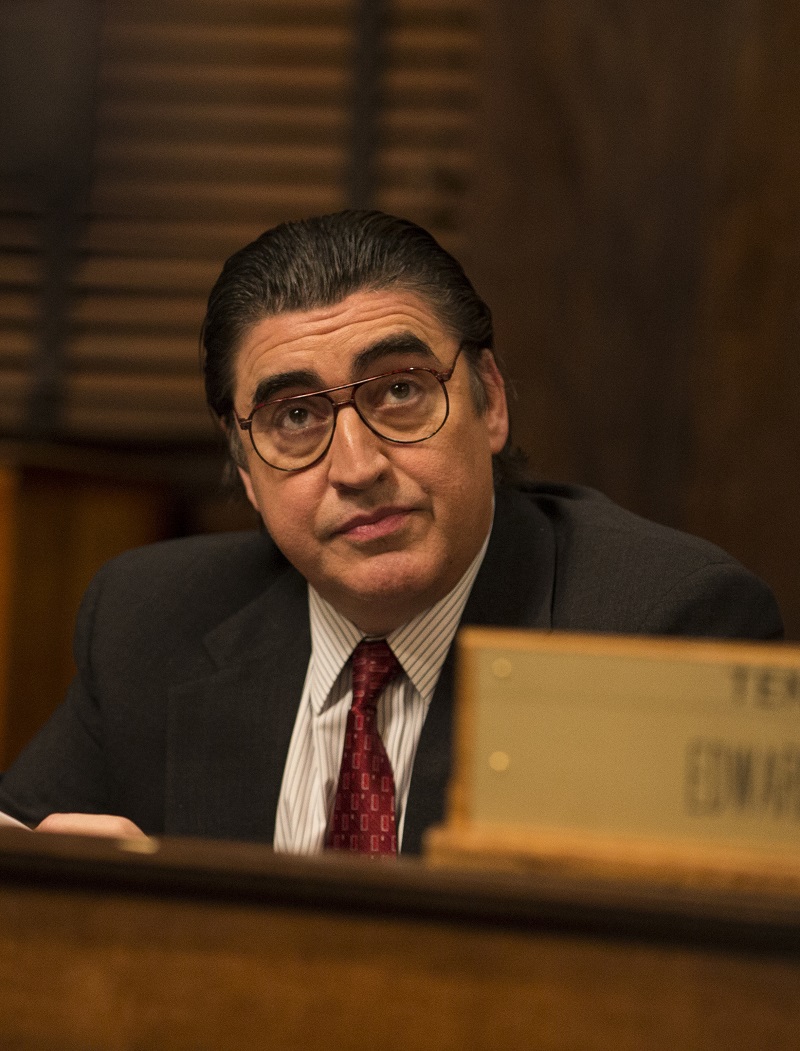 Of course, that’s not going to be easy. A judge (Bob Balaban) has ordered that the proposal will pass, planning will commence, and construction will shortly follow, or he will hold the entire city of Yonkers in contempt, fining its government at such a rate that it will be bankrupt in a few weeks. Suddenly, the favorite young Mayor becomes the guy who couldn’t meet his constituent’s needs. The hotshot on the block goes from favorite son to pariah. And the political games behind the scenes don’t help, especially as people like Councilman Henry J. Spallone (Alfred Molina) conspire against him to get his seat. As Nick battles for his political status, he also seems to grasp that the housing project is an important one, even if making it a reality destroys his entire career.

Meanwhile, “Show Me a Hero” cuts to several subplots that remain unrelated for multiple episodes. We meet several supporting characters, often in brief scenes as their lives progress unaware of the politics that will influence them, including a Dominican woman trying to support her family, a new couple who seems to be headed to happiness, a woman in the projects going blind from Diabetes, and a girl who finds herself unexpectedly pregnant. They don’t intersect for several nights, and yet they always feel like patches in the same quilt. It’s also interesting to me that the government cast is filled out with recognizable faces (including Catherine Keener, Winona Ryder, Jon Bernthal, Peter Riegert, and more) while the subplots are cast largely with unknowns. It adds to the sense that political office is as much a popularity contest as anything.

The subplots get more desperate as the narrative progresses. Ends don’t meet. Tragedy strikes. Drugs infest the projects. Crime grows. It is the saga of city life in the late ‘80s and early ‘90s as politicians bicker. As he did in “The Wire,” David Simon is again examining how systems and civilians are intertwined. We may not even know about the decisions being made today that will impact our lives down the road—or the stands that could have been taken to help us that politicians were too cowardly or too concerned about reelection to make. “Show Me a Hero” never feels like its grandstanding or preaching from a soapbox, and yet it captures so much about our system that other political pieces have failed to do. How do people with integrity subvert that for their careers? How do people lead when they are in a 2-year term system that doesn’t support the kind of daring decisions leaders need to make to matter? 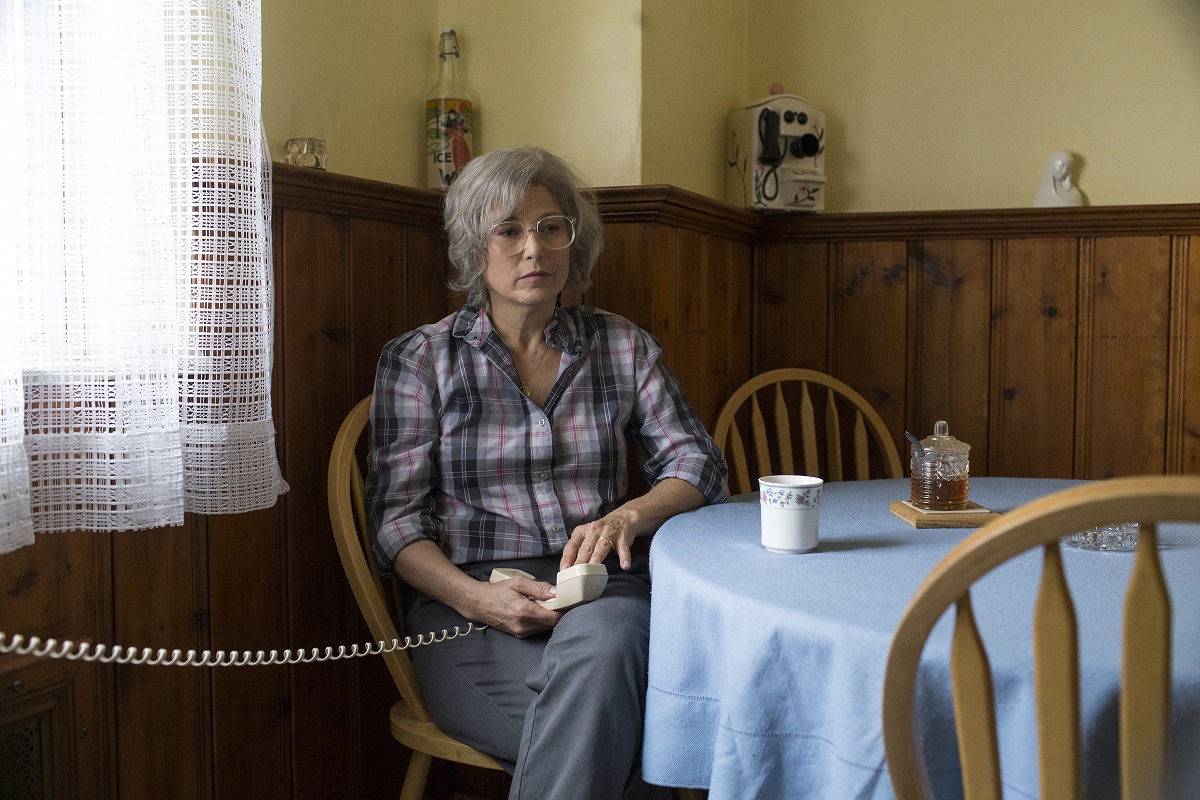 Simon and Haggis are brilliant but careful in the way they portray the fear and racism that led to the anger over the lower-income housing. There’s an incredible speech later in the series in which Wasicsko notes how easily politicians spur fear through language and the way they bury their true meaning in more acceptable phrases. When politicians riled up the people of Yonkers with phrases like “property values,” “Life and Liberty,” and “people living where they can afford,” they were merely saying things said by White America during the Civil Rights Movement in different ways. As Nick says, “They learned how not to say the bad words.” “Underneath it all is fear—same as it ever was.” How could anyone watch this story and not think of the way politicians and media influence the conversations about race and equality in 2015? It’s clearly part of the purpose of the piece.

With "Show Me a Hero," Oscar Isaac further proves his status as one of the best of his generation. Add this turn to his subtle work in “Inside Llewyn Davis,” “A Most Violent Year” and “Ex Machina,” and it's impossible to deny. He’s mesmerizing in the way he captures Wasicsko’s desperate need to be liked—a trait shared by most politicians—but also senses that this man really wanted to make a difference. There’s a gutwrenching scene at the end of episode five in which we watch two characters, including Wasicsko, suffer in silence. Watch Isaac in this scene. Watch him convey more inner monologue with no dialogue than most actors do with an entire speech. He’s matched by Keener, who does great work as a woman caught up in the protests who learns that the loudest people aren’t often the right ones. Newcomer Ilfenesh Hadera really shines as well as a young woman doing everything she can to keep her family together.

Visually, Haggis is careful not to overplay his social message here as so many would argue he did in “Crash.” His style isn’t flashy, clearly inspired by Lumet’s New York tableaus. Music choices are a bit obvious—lots of Bruce Springsteen and Public Enemy—but somehow feel appropriate. The Boss often captured tragic undercurrents beneath working class life, so it fits. There’s only one scene that feels a bit too on-the-nose for my taste, but I think it stands out largely because the rest of the piece is so subtle. In fact, some will find “Show Me a Hero” too dry. There are a lot of political meetings, especially in the first half. Please be patient. The emotions come and they will hit you. Hard.

At the end of episode four of “Show Me a Hero,” someone yells over a protesting crowd, “What are we trying to accomplish?!?!?” It was the first time in the mini-series (but not the last) that I got a little emotional. Lost in the noise and the racism and the hatred of this world, it’s a question that doesn’t get asked often enough by our leaders or even of ourselves. And when we do ask it, will there be any heroes left to hear it?