“Hannibal” is the Best Drama on Television

The game hasn't changed completely in the third season of NBC’s “Hannibal,” but the rules have been updated. In the season premiere, “Antipasto,” airing tomorrow, there’s a sleek, European feel from the very opening sequence—shots of a man in a leather jacket racing through the streets of Paris on a motorcycle with the chrome and metal of the vehicle fetishized to the degree we usually see food displayed on this breakthrough program. The man takes off his helmet to reveal his identity: Hannibal Lecter (Mads Mikkelsen). If the Hannibal of the first two seasons felt like a wolf in sheep’s clothing, the façade has been removed in season three as this Hannibal feels more like the leader of the pack, a wolf in wolf’s clothing. At one point he even says, “I’ve taken off my person suit.” He’s not hiding any more. He has no reason to. 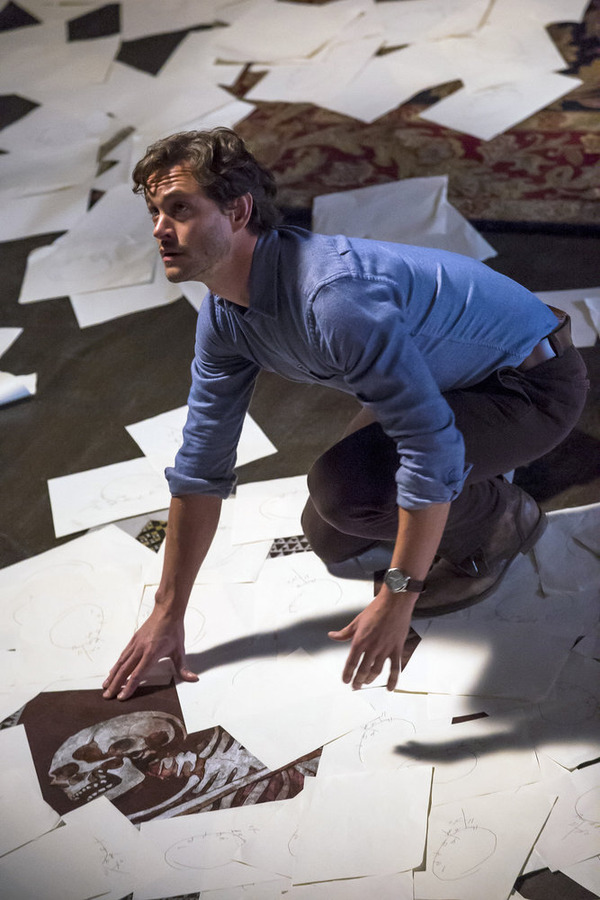 After the chaos of the season-two finale of “Hannibal,” in which nearly everyone was left for dead by the manipulative and maniacal cannibal, casual fans may expect the season-three premiere to pick up there. Who’s alive? Who’s dead? What does it mean for the future of the show? Serious fans won’t be surprised when creator Bryan Fuller doesn’t meet traditional narrative expectations, jumping to Europe with Hannibal and Bedelia (Gillian Anderson) in as twisted a relationship as you’ll see on television. As we learn about the sheer terror that keeps Bedelia by Hannibal’s side—perhaps more than anyone she knows what he’s capable of and Anderson brilliantly captures the duality of fear and fascination that Dr. Lecter engenders within her—we also flash back to a series of encounters between Lecter and Dr. Abel Gideon (Eddie Izzard). Encounters that happens to take place while the two are eating Dr. Gideon, slowly.

In present day, Hannibal has taken over a scholarly position in Palermo (after killing and eating the man who previously held the title). The location shift allows Fuller and Vincenzo Natali to play with Italian culture on a grand scale, referencing Dante, the real-life serial killer known as the Monster of Florence, and to work visually in European tones that even recall Giallo. Hannibal and Bedelia prowl such gorgeous settings and live in a beautiful home, almost bringing to mind Dracula in his castle. It results in an almost dream-like season premiere—Hannibal in his element and Bedelia in a waking nightmare. As Hannibal says, “Ethics become aesthetics.” Lecter has turned a past that included feeding a man to himself into something approaching happiness with a job, partner, and European lifestyle that suits his refined tastes. And yet Will Graham still haunts him. Mikkelsen and Anderson are both phenomenal in an episode that really stands on its own as great television, even without the context of the rest of the series. 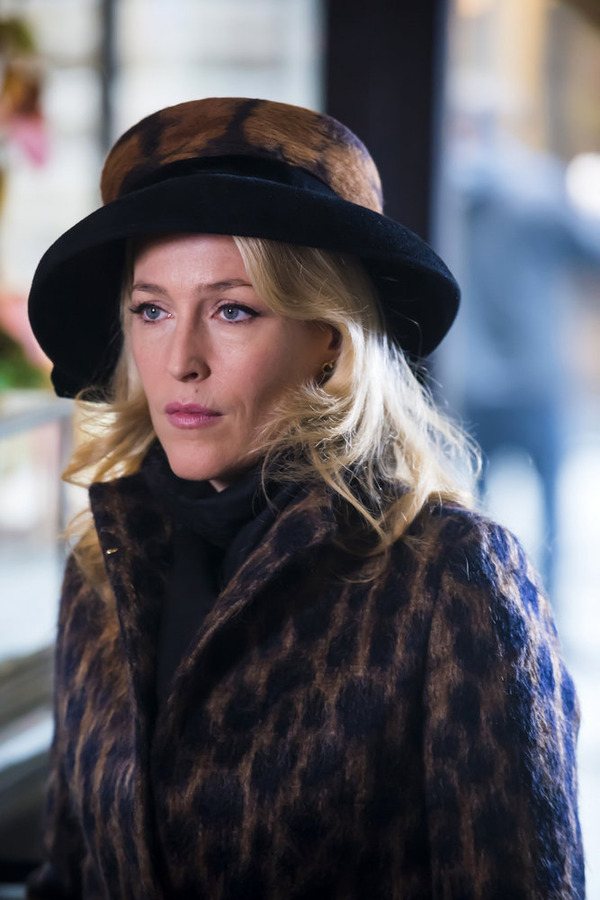 One could argue—and the titles of the episodes support the argument—that next week’s “Primavera” is when the season sort of properly “begins,” re-introducing us to Hannibal Lecter’s partner-in-life Will Graham (Hugh Dancy), who also happens to be in Florence. Surprises in Will’s arc that I won’t spoil start to pull back the layers on what this season will explore thematically, while also proving how deft Fuller and his team are at taking the episodic structure and making it feel like one cinematic journey. The focus shifts from episode one to two, and again in three, in a way that would be so jarring for most traditional dramas. And yet the episodes are thematically and visually consistent, always driven by two men who are now unable to define themselves without each other. In Will, Hannibal Lecter saw more than a plaything or food source. He saw someone who desperately wanted to understand and possibly even change him. And he needed to know why. As Hannibal says to Will, “You thought you could change me as I have changed you.” Will responds, “I already did.”

Season three holds so much promise for “Hannibal” that it’s almost breathtaking for real fans of the show. Completely untethered from the procedural format of the first season and given creative license to play with the canon of the Thomas Harris books, “Hannibal” this year is going to go deeper into the history of Lecter, while also presenting the “Red Dragon” arc in what Fuller has called a 6-episode mini-series.

On every level, Bryan Fuller and the team behind “Hannibal” are elevating what we should expect from network television. Books could be written on how the show explores its themes not through traditional crime drama mysteries of the week but through character, and there’s simply no program, cable included, that uses visual language more confidently and engagingly. Not just ethics, but everything about the program, is reflected in its aesthetics. “Hannibal” has already investigated numerous themes over its two seasons and change, but it comes back to the thin line between someone insane enough to dine on human flesh and how close someone has to come to insanity to understand that. There’s no better program on television.